I have a friend with a young daughter who is maybe five or six years old. The little girl has been asking to take ballet classes, but my friend is hesitant because she doesn’t want her daughter to develop a negative body image. Having grown up taking ballet classes myself, I retorted that it is difficult to grow up as a female presenting child in our society and not develop a negative body image.

But I must admit there is something unique to ballet, and to dance more generally, that emphasizes and prizes certain physiques over others. It’s no secret that the dance world doesn’t have a great track record of encouraging positive body image, nor the adjacent fields of fitness or entertainment for that matter.

Be honest: How many times have you casually said you feel fat, or compared yourself to others in a room and felt too big, or watched one of the infinite examples of very thin people in television and movies, or even in a dance show, and told yourself you were going to exercise more and eat better? Many of us have felt these ways because the messaging in our society is clear and everywhere: Fat is bad. I can honestly say I am guilty of all the above. I am even guilty of defending the fat acceptance movement while privately dreading the idea of becoming fat.

This is not okay. This is called fat phobia, and it can be as negative and harmful as racism, sexism, homophobia, trans-phobia, or ableism. It prioritizes some people over others for things they can’t control and then punishes them. But what’s particularly insidious about fat phobia is that weight is considered something people can control. We’ve all heard it: Fat people just need to lose weight. They just need to eat healthier. They just need to stop being lazy and exercise more. They just need to control themselves. We say these things without regard for hormones or food deserts or genetics or systemic factors like the influx of artificial sweeteners. We say it knowing that shame has never been a healthy motivator. We say it without compassion. I have been guilty of this too.

The dance world is a pretty liberal place. Many companies and presenters are working hard to understand and address their internalized racism and sexism. More women and people of color are being empowered by taking on leadership positions in dance institutions. Though we’re a long way off from attaining equity, there are clear strides toward recognizing the systemic harm done to people of color and women. Less common but still apparent are strides toward welcoming trans and nonbinary dance artists into mainstream spaces, as well as making spaces accessible and open for people with disabilities. But almost ubiquitous in the dance world – across genres and geology – is a predilection for thin bodies over fat bodies.

This predilection for thinness is among the most deeply rooted aesthetics in dance. We often dress it up as a desire and esteem for health, but I believe that fat-phobia is less about health and more about virtue-signaling. In a field where control and mastery of movement is valued, the ability to control weight is considered a virtue. Instead of this control-obsessed paradigm, can we let people be the arbiters of what they need to do to feel healthy without judgment or shame? There are myriad ways thin people can be unhealthy, both physically and mentally, but we don’t seem preoccupied as a society with shaming them.

Over the next several weeks, Stance on Dance is featuring the voices of self-identified fat dance artists from across the US. It has been a pleasure and an honor to profile these dancers and to learn what their experiences have been navigating stereotypes and prejudice. It has been saddening to discover the numerous ways they receive signals that they are not welcome in classes, auditions, even theater seating. And it has been eye-opening to learn how these artists are creating community and space for themselves and other fat dancers. I hope you enjoy reading and learning from these interviews as much as I have.

We dancers often say things like “Anyone can dance.” I envision a world where we start to live up to that truism and mean it. I envision a world where parents can confidently enroll their kids in any dance class and never worry about that ugly self-conscious body image problem rearing its head sooner or later. I even dare envision a world where dance can be a safe space from all the other fat-phobic signaling that the fitness and entertainment industries continuously feed us. Until that world manifests, let’s make a promise to each other and to ourselves to never flippantly use the word “fat” in a derogatory way again. Fat people can dance, and they look damn good doing it. 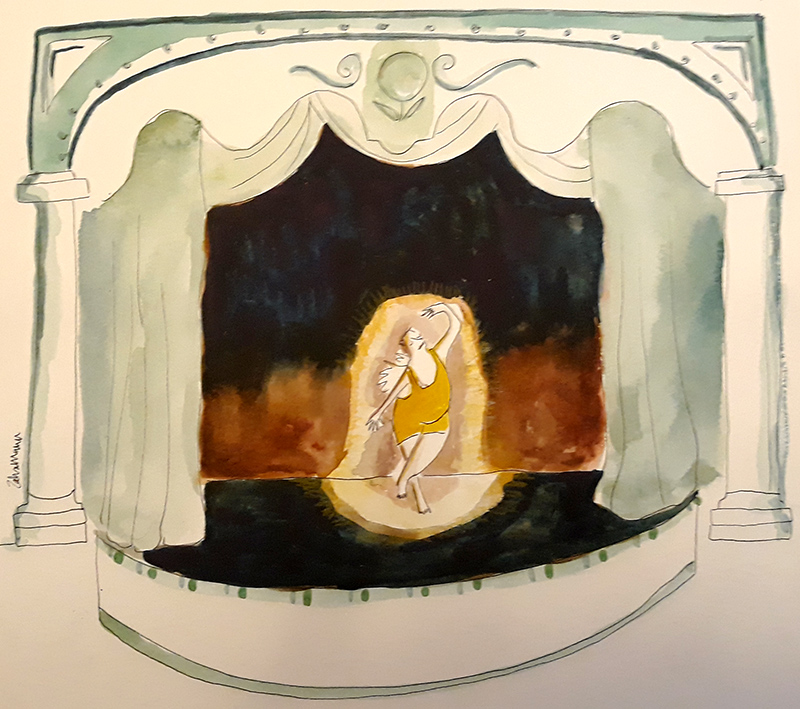