An Interview with Sasha Chudacoff

Sasha Chudacoff lives and works in Crested Butte, Colorado—a small rural mountain town of 2,000 locals at elevation 8,500 ft. Since relocating there six years ago, she has helped to grow two dance non-profits which cumulatively serve over 300 people.

This interview is part of Where Dance Is, a series of interviews with dance artists working in rural places. 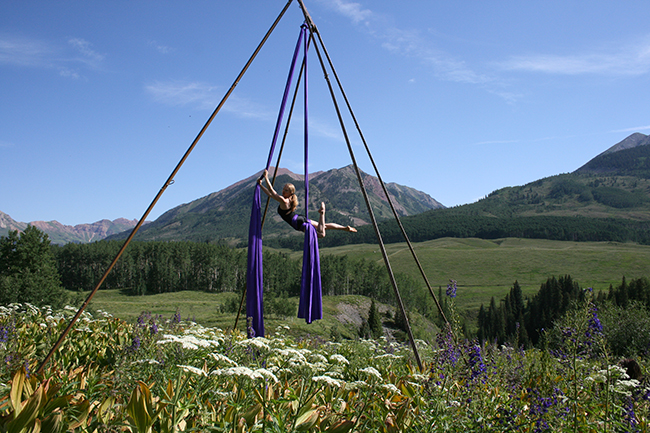 How did you come to be based in Crested Butte, Colorado?

I moved to Crested Butte from Berkeley because my partner was living there. This was in 2009. Prior, I was a dance specialist in the Berkeley public school district in three different schools, mainly working in early childhood education centers and elementary schools. Through the P.E. department, I would go into classrooms during the school day, move the chairs aside, and the kiddos would get to dance. The Berkeley School District cut many of its art programs in 2009, and I lost my job. At the time, I was also ready to transition out of the Bay Area to a different kind of community.

When I moved to Crested Butte, I thought I was going to let go of dance and maybe get into yoga or something. I was pleasantly surprised to find people interested in dance; it’s a very physically oriented community. I was also pleasantly surprised to find a preexisting dance community. There was an established dance school that had existed for about 30 years called the Crested Butte School of Dance, and they were open-minded to expanding. 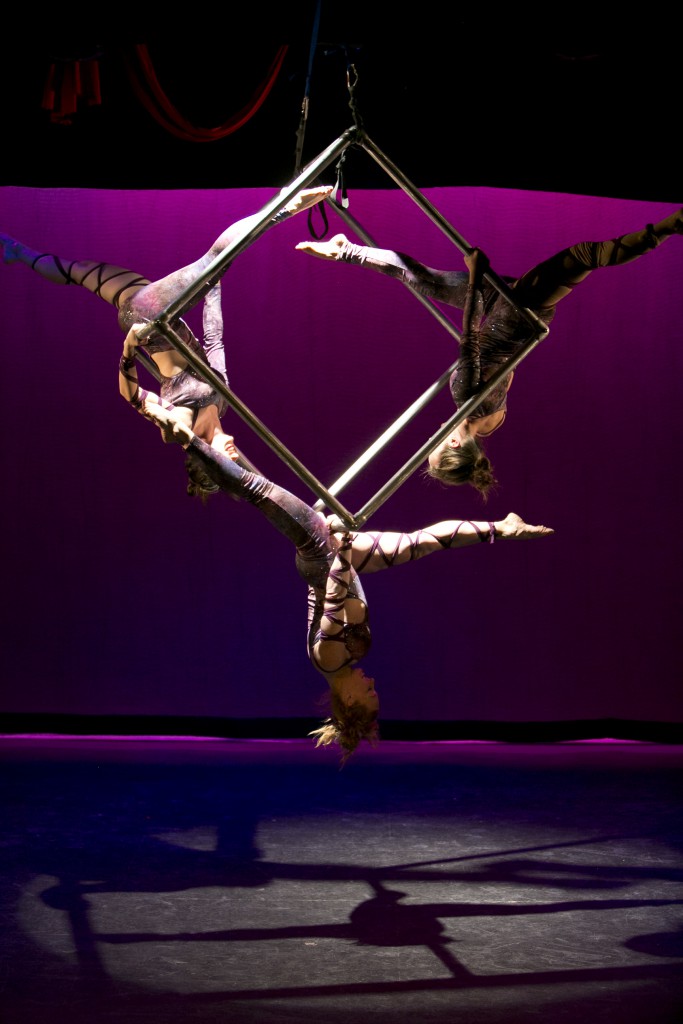 What is your current dance practice?

My main dance practice is facilitating children’s dance education and community dance projects. I work about 30 hours a week, mostly teaching, organizing, doing admin and running various childcare/playgroups. Often I teach up to 15 classes a week, including baby-parent classes all the way through sixth graders. I teach creative dance, improvisation, ballet, jazz, hip hop and aerial dance. Part of that programming is specifically focused toward boys, like all-boys hip hop classes.

The other organization I work for is the Crested Butte Dance Collective. It’s geared for people over the age of 18, and it’s more focused on creativity and performance than on dance education. Within that program, we choreograph and present two productions a year. One of them is a huge community dance production called Move the Butte. This year, I directed it, and we had over 100 dancers involved. We also have a smaller fall production focused on a choreographic theme. The Crested Butte Dance Collective is also where our aerial dance program lives and is growing. 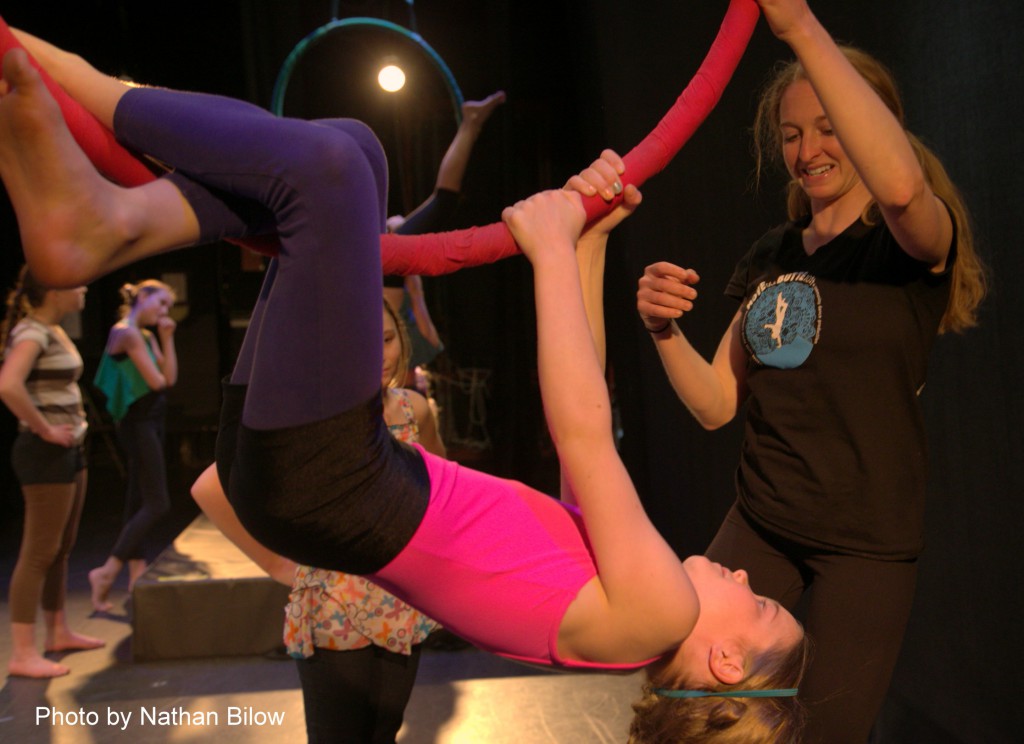 I have also been involved with physically integrated dance. I used to work with a physically integrated dance company for mixed abilities in Oakland. When I moved to Crested Butte, I wanted to continue that work. We partnered with an organization called the Adaptive Sports Center, an outdoor recreation center for folks with disabilities. Through them, we were able to add dance to their services. In fact, every class I teach is an inclusive dance class. For example, I have a six year-old in my hip hop program who is paralyzed from the waist down. I’ve also had dancers with down syndrome and kiddos on the autistic spectrum in my program for over two years.

How would you characterize the general attitude toward dance in Crested Butte?

For a small community, it blows my mind how many people want to dance. We serve over 300 people in a community of 2,000. That’s a lot. There’s such a strong desire and interest. Historically though, dance education here has followed a more traditional model. There are a few people like myself who are busting that open. I’ve gotten to bring in a lot of Bay Area flavor. I study Butoh and Axis Syllabus, and I’ve found people are really open to new ideas around movement and dance. I had no idea people would be interested. 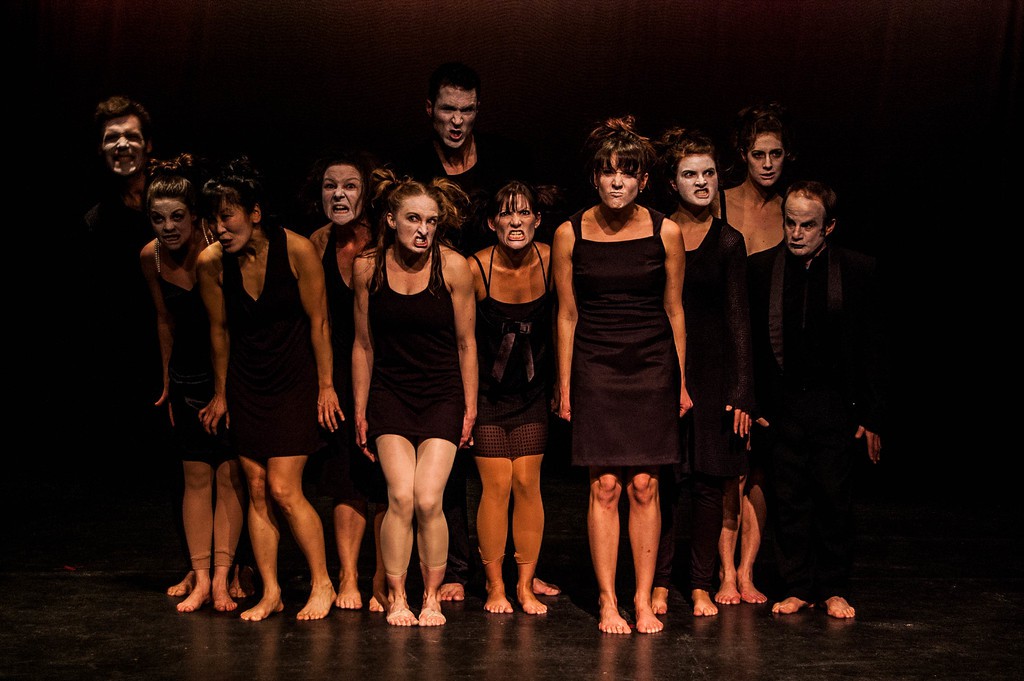 What are the benefits and drawbacks to working in dance in a place like Crested Butte?

I feel very blessed because, by transitioning to a rural community, I have been able to create employment for myself getting to do what I love. I think that’s a benefit to being in a place where dance is not saturated. I was trying to do a lot of the same work in the Bay Area and it was very challenging because there were so many people doing the same thing. That’s a huge benefit to working in a rural community.

The drawback is I miss having a diverse dance community like in the Bay area with many different perspectives and experiences.

When you feel like you need inspiration, how do you seek it out?

The most immediate way I find inspiration is I go outside. In this valley, we are surrounded by mountains that many artists visit to feel creativity and inspiration. 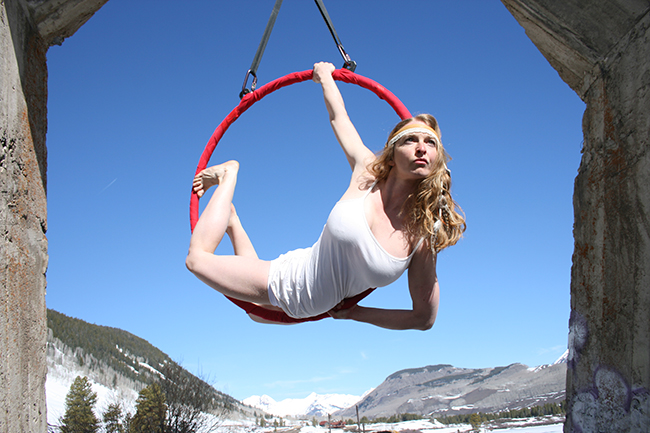 Also, I seek out professional training opportunities outside of the valley. I recently did a workshop in Axis Syllabus with teachers from as far as Berlin, and I attend the aerial dance festival in Boulder every summer. I also love watching and getting inspired by dance via youtube. That’s one of the ways I keep my practice up.

A newer idea I’ve had is to bring to Crested Butte teachers who have inspired me. This summer I am hosting a three-day Butoh workshop with Diego Piñon. I love where I live, but I keep having to leave to get the dance training I want. I realized I could start hosting teachings in Crested Butte because there is such an interest. Diego’s workshop filled immediately and there was a lot of ease in organizing it.

What do you perceive your influence has been in Crested Butte?

I can’t take full responsibility; I’d like to honor Adge Marziano, KT Fotz, Joan Grant and Bobbie Reinhardt, all of whom are influential leaders in building the Crested Butte dance community. The interest and history of dance in the Gunnison valley laid the groundwork for people like me to come in and thrive. My influence has been expanding people’s minds about what dance is and can be. I’ve been able to shake the scene up a little bit with my love for Butoh, somatics, Axis Syllabus and dance/movement therapy. I hope to expand how we think about dance and life.

Dance is for everybody, and everybody can dance. Part of my personal history coming to that conclusion was attending Naropa University for a year and studying dance movement therapy and somatic psychology. I also want to name and appreciate my teachers: Diego Piñon, Frey Faust, Kira Kirsch, Shinichi Iova-Koga and Kazuo Ohno. 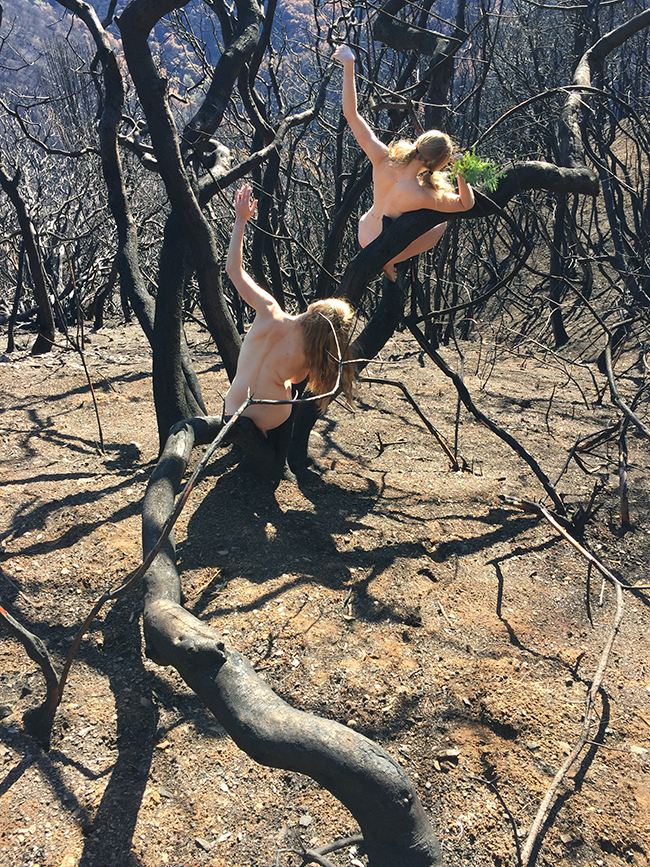