An Interview with Louise Potiki Bryant

Louise Potiki Bryant is a choreographer, dancer and video artist in Aotearoa/New Zealand who has choreographed for Atamira Dance Company, Black Grace Dance Company and The New Zealand Dance Company. She discusses her upcoming work, Onepū, and how it draws on her feminine understanding of her Māori ancestry and mythos, as well as her experience of the natural world around her. 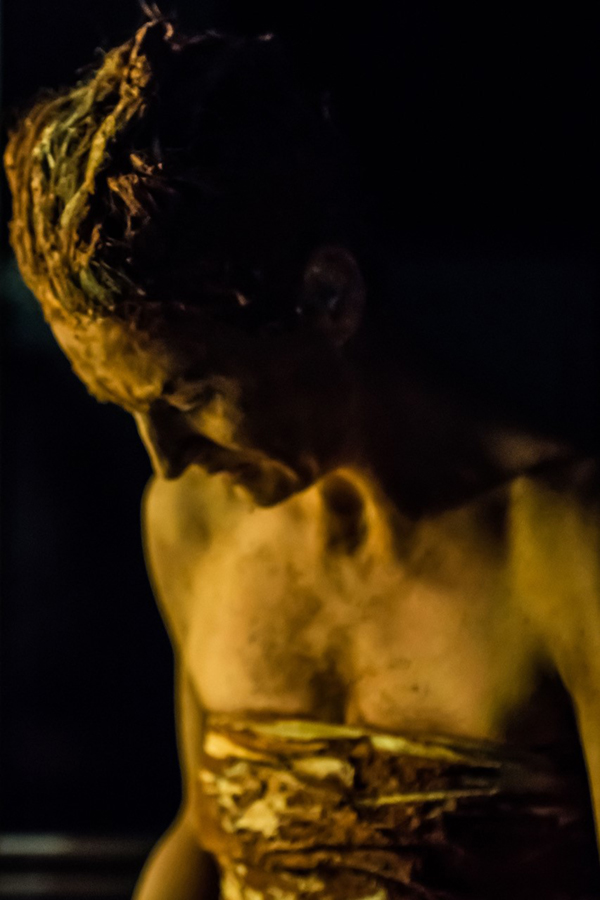 I began as a young girl. I would dance for hours by myself in this old room in our family home. I was lucky enough my mum also sent me to ballet and gymnastics. But for me it was when I was dancing alone in that room that I felt a sense of freedom and like I was really dancing. I also learnt kapa haka from a young age. I grew up in Te Wai Pounamu, the South Island of Aotearoa [New Zealand]. My whakapapa, or ancestry, is to Ōtākou Marae (in Dunedin). My great auntie was also instrumental in helping to establish an urban marae in Dunedin called Araiteuru where my sisters and I would go weekly to learn waiata (songs) and haka (posture dances). All of this formed me as a young woman.

Then I went to university. I actually wanted to go to art school, but I ended up studying law for three and a half years and almost finishing my degree. The plan was to represent my iwi, or tribe, as a lawyer. I also studied Māori studies, learning more about my reo (language) and culture. One of my lecturers saw I was dancing all my assignments and told me I was in the wrong place. At the same time, I was in a dance group and was getting more interested in choreography, and so I ended up going to the Unitec School of Performing and Screen Arts in Auckland.

Once I graduated, Jack Gray approached me about becoming part of a group called Atamira Dance Collective. Back then, we were called a collective instead of a company. There were four of us including Dolina Weheihana and Justine Hohaia. At the same time, I started making my own work. I made a lot of works that were interdisciplinary; I was interested in combining art forms and collaborating with many different artists.

My work is interdisciplinary. I often design the set and video projections as well as the choreography. My work could be described as episodic. In the early days, my work was historical. I would work with actual stories that had been passed down through generations of my family or iwi. Of course, dance is metaphorical, so I would tell those stories in a metaphorical way, but oftentimes I would interview my community and include their voices throughout the soundtrack. My aim was to give voice to their stories, to the stories of my iwi and to talk to the struggles of colonization, particularly for Māori women.

I had a big shift in 2005 when I started working with Dr. Te Ahukaramū Charles Royal, a researcher and composer. We started to collaborate over an eight-year period. My work became influenced by his research into the whare tapere (the house of entertainment), and our dance forms prior to colonization. From my time working with him, my choreography became more elemental and more about our relationship with nature.

Can you tell me about your upcoming piece, Onepū, and the guiding themes or concepts?

I was inspired to make a work based on a story Tikao recounts in the book. It is a story that is not well-known: a pūrākau, or story, about six atua wahine, or female deities, who stand on a sand bank entitled Pikopiko-i-whiti that encircles the world. Each of these atua wahine control and release the winds of the world from different directions. Many of our female deities were suppressed through the process of colonization. I wanted to tell this story for our young women to learn about these atua wahine. I saw it as an opportunity to share the intrinsic spiritual power of women. Each deity/wind has a different quality, and I felt those qualities could be beneficial for young women to draw into their lives. I also felt like it was a beautiful starting point for choreography. Purely on that level, I was excited to explore the different qualities of the winds.

What does your choreographic process look like, either more generally or specific to Onepū?

I have a process called whakaahua, which means to transform or acquire form. It came out of my time collaborating with Dr. Te Ahukaramū Charles Royal. It’s about embodying qualities from nature.

What that means in a practical sense is that we explored moving with the winds on sand banks here on the West Coast and worked to embody the different qualities of the wind. My process is very open and collaborative; I like to draw on what the dancers bring with them. I do choreograph sequences, but I also workshop ideas with the dancers and aim to facilitate an environment where they can experience different qualities of wind and then embody these qualities in their own unique way.

For example, there’s one dancer, Rosie Tapsell, who does a long solo that’s very high energy. She is the northern wind that will knock you off your feet. We call that the wind that could eat a human – te hau kai tangata. She has that fiery nature within her, so I drew on that within her solo.

All the dancers in Onepū are women. I do tend to work with women a lot and aim to make works about mana wahine – the intrinsic spiritual power of women. We are very lucky to have the great granddaughter of Teone Taare Tikao performing with us in Onepū. Her name is Ariana Tikao, and she is a singer, composer and taonga pūoro player. Throughout the recorded soundtrack for Onepū and also live with us onstage, Ariana plays taonga pūoro, traditional Māori instruments, and she sings waiata (songs) throughout the performance. It is very special to have the direct descendant of Teone Taare Tikao perform with us. She portrays one of the atua wahine (female deities) called Hine-aroaro-pari who controls the echoes in either inland and sea cliffs and, through her waiata, Ariana is the storyteller in the work.

We actually started with the soundtrack first before we made the final choreography. I had a recording session with Ariana where we recorded all the instruments with my husband Paddy, who is the co-composer for the Onepū soundtrack. I then devised a structure with the soundtrack which shapes the whole structure for the choreography. We also decided on a taonga pūoro (instrument) for each dancer, so when each dancer performs there is an instrument for her. Taonga pūoro are made from natural materials such as stone, wood, bone, shell and gourds.

The whole piece is performed in a circle, surrounded by a circle of sand with a mound of sand in the center of the stage. Throughout the work the sand shifts and changes like wind blowing sand on the beach to reveal special taonga (treasures) beneath. I also designed the video which projects straight down onto the sand from above with shifting patterns based on the movements of wind and water. 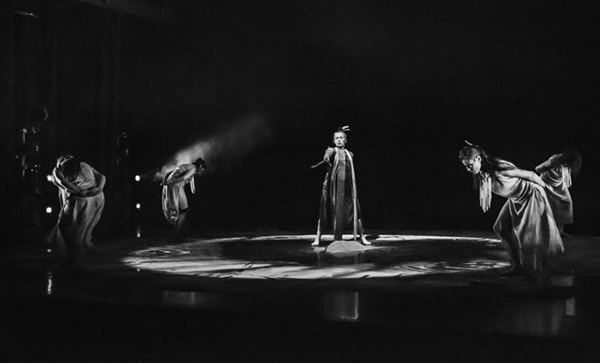 Speaking more generally, are there certain themes or issues that feel important to you to keep tackling or addressing in your work?

With Onepū, I was drawn to express our relationship to our nature. The atua wahine are forces of nature. I live in a place called Piha that has greatly influenced me. I’m two minutes from the beach and, in Onepū, we work with sand closely. In fact, “Onepū” means sand. Living where I live in the bush by the beach, it influences my work.

Contemplating what I’m drawn to and why, I realize it has shifted. I’ve been making work for 19 years. Most of the time, I’m in the thick of making, though I start to reflect on why I choose the things I do. Dance for me has always been an expression of my Māoritanga (my culture). Dance feels like it takes me back into the past and forward into the future. My work exists in the realm of spirit, or wairua. When you break the word down, “wai” means water, and “rua” means two. It’s two waters coming together, both masculine and feminine, because spirit is genderless. In that space, I disappear and connect with something larger than myself. That’s the environment I try to create for my dancers as well.

What do you hope audiences take away from Onepū?

Just recently, we toured Onepū to Northland in predominantly Māori communities. We went to Kaitaia and presented a performance for a small audience of only 45 people, but it was one of the best audiences we’ve ever had. They were very responsive to the work, clapping after each section and then sang waiata and did a big mihi (acknowledgment) for us after the show. It was very moving and made me realize that the work is really resonating with Māori.

We have performed in Auckland for more of a contemporary dance audience, and it was well-received in that setting as well.

As a member of the contemporary Indigenous dance community, how have you personally seen the field evolve? 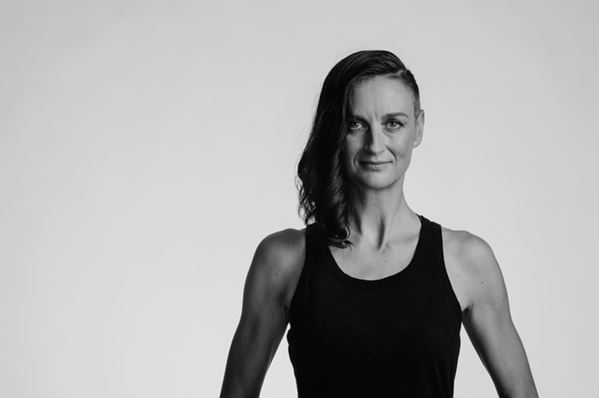