An Interview with Ira Prince Perry

Artistic Ensemble of San Quentin is a group of men within San Quentin State Prison and outside members who collaboratively explore social inequalities through language, sound and movement. Prince, a member of Artistic Ensemble from the beginning, describes the creative process putting together a show, how it centers on a theme, and how he’s become an advocate for the performing arts. 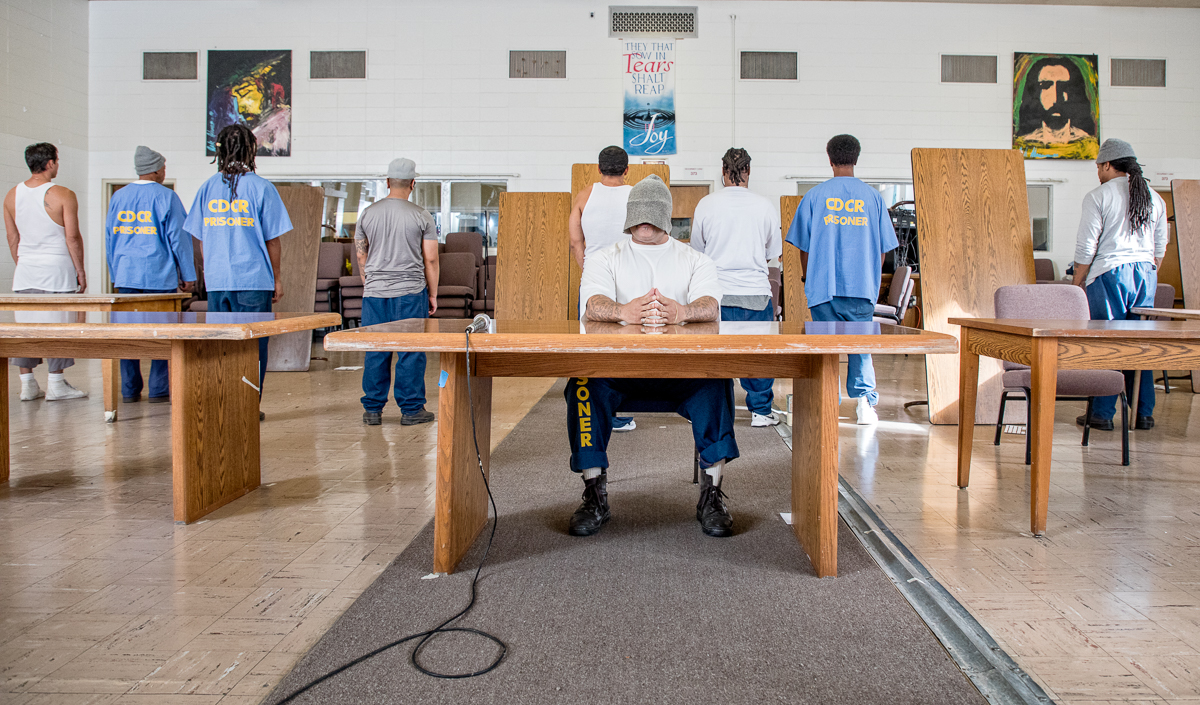 I’ve been a part of the performing arts quite a bit in my life here and there growing up. Before, it was in the underground scene where I come from back in South Central LA. After my incarceration, especially coming here to San Quentin, a lot of my older buddies who knew me growing up and remember me dancing and doing spoken word in the neighborhood encouraged me to get involved in Artistic Ensemble. It helped me to get involved with other people who were into what I was into. I’ve been with Artistic Ensemble from the beginning; I’m an original member.

It’s a unique group of men who tell their stories through dance, movement, and spoken word. We speak about political views, what’s going on in the world, the struggles of incarcerated men, the struggles of lower-class people on the street, and the struggles of Black men. We describe them creatively. We say what a lot of people won’t say in a creative way and we make our message entertaining.

It stems from different exercises around an idea. For example, we were all talking about Trump one day and someone said, “That’s not my president.” Then someone said to say it again but this time with hand motions. Then someone else did the same thing in a different way. So then we put a rhythm to it. Everyone would come up and say, “That’s not my president” in a different way. Now we have a visual with rhythm and movement. Then we ask what looks good, what’s appealing to the eye but still gets the message across. Because of the age differences and physical differences in the group, our movements are going to be different. Gary, the oldest member, is older than 60. I’m 53. And I think the youngest member is in his 30s. Each person does what they can do to the best of their abilities. We layer different movements over sound and spoken word, and we play with it until we see what’s visually appealing to the audience but still gets our message across. 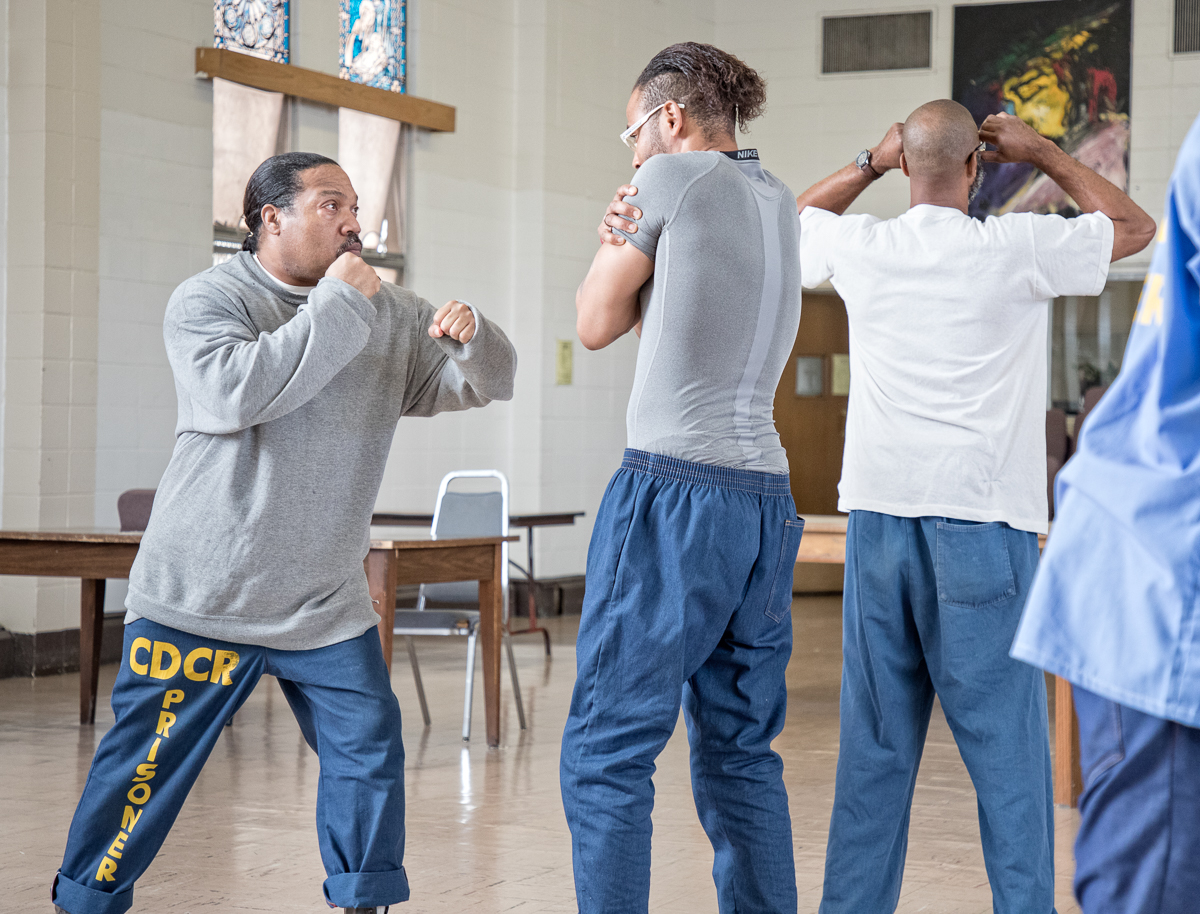 How long does it take to develop a piece?

It depends on what the idea is and what the topic is. A piece is only finished when everybody is in agreement on what we’re doing. Some pieces may take three or four weeks, some take three or four months. Some pieces come together in a couple hours. It varies depending on the subject and the range of motion. We try to make sure every piece has everyone in it, so to speak. Everyone has input.

What kinds of feedback have you received after performances from audience members?

It’s extremely positive. For the people who have been here at San Quentin with me but who have never seen me perform, they are kind of shocked when they see me perform for the first time. It’s very gratifying because they get it. Whether they are people in the theater world or people who aren’t in the theater world, they get it. They leave with the knowledge of our message from the theme of whatever the show may be. They absorb it and get it. It’s pretty gratifying.

Whatever the theme is, there are a lot of different pieces that make up the show. If the show is 45 minutes long, there might be 15 different pieces within it. Each piece relates to the theme but is unique in itself. Themes center on justice and how the members came to prison. In our first show, Waterline, each person told the story of their life and what led them down the wrong path. I remember a guy named Smiley talked about growing up as a kid when the Khmer Rouge was taking over his village in Cambodia. They killed his father in front of his mother and cut out his heart. He fled to America and started a new life, but became part of a gang which led him to committing crimes. He creatively told that story. He left us right before the premier of that show, so another member, Carlos, played his part. That was one of the main pieces from the show. Each person told their story creatively with movement. 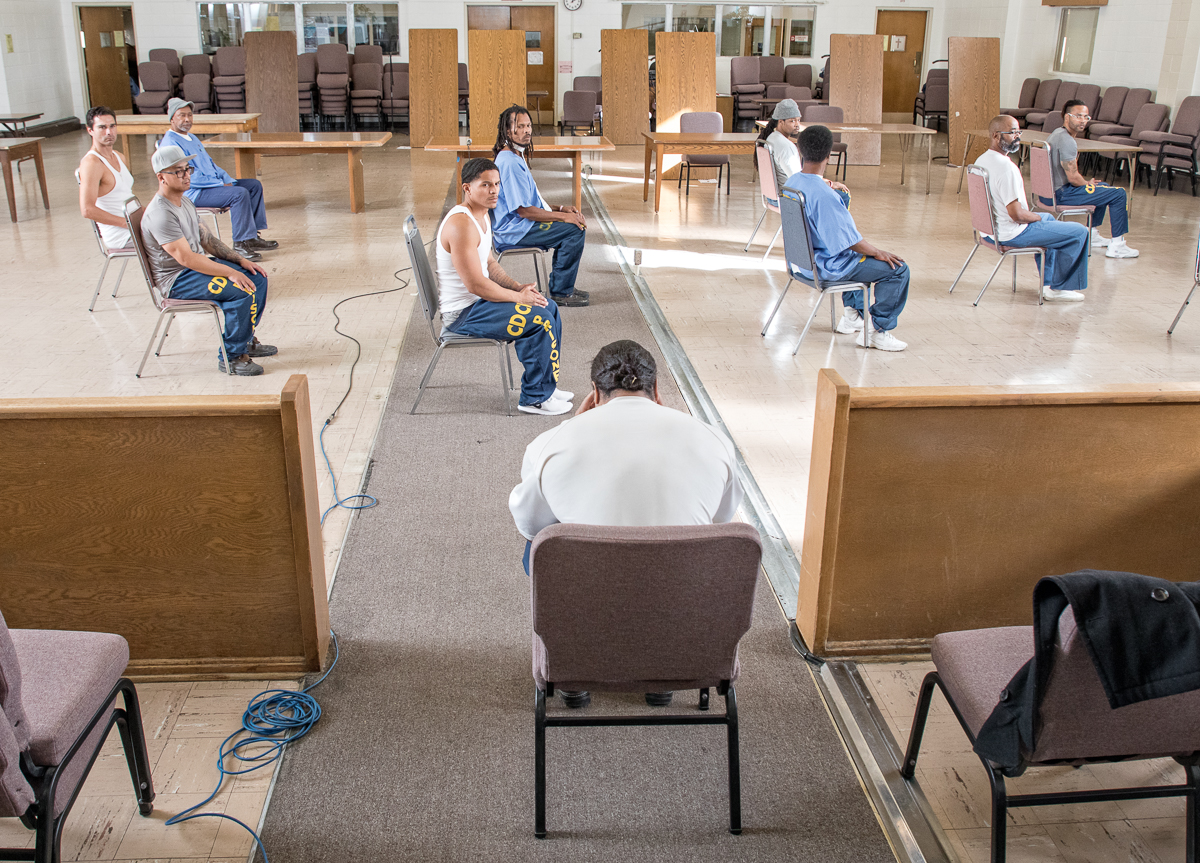 Our entire last show, Site Unseen, was a highlight from beginning to end. I keep bringing it up. That was our very best show. Everyone was so spot on.

Overall, what has been your takeaway being a member of Artistic Ensemble? How has it influenced how you think about and approach performance, movement and dance?

It’s something I advocate now. That’s not something I did before. It’s fulfilled me to be some type of role model for other guys who think, “If he can do it, I can do it.” It made me realize that the performing arts and the stage are very therapeutic. I’ve become an advocate for misfortunate youth. 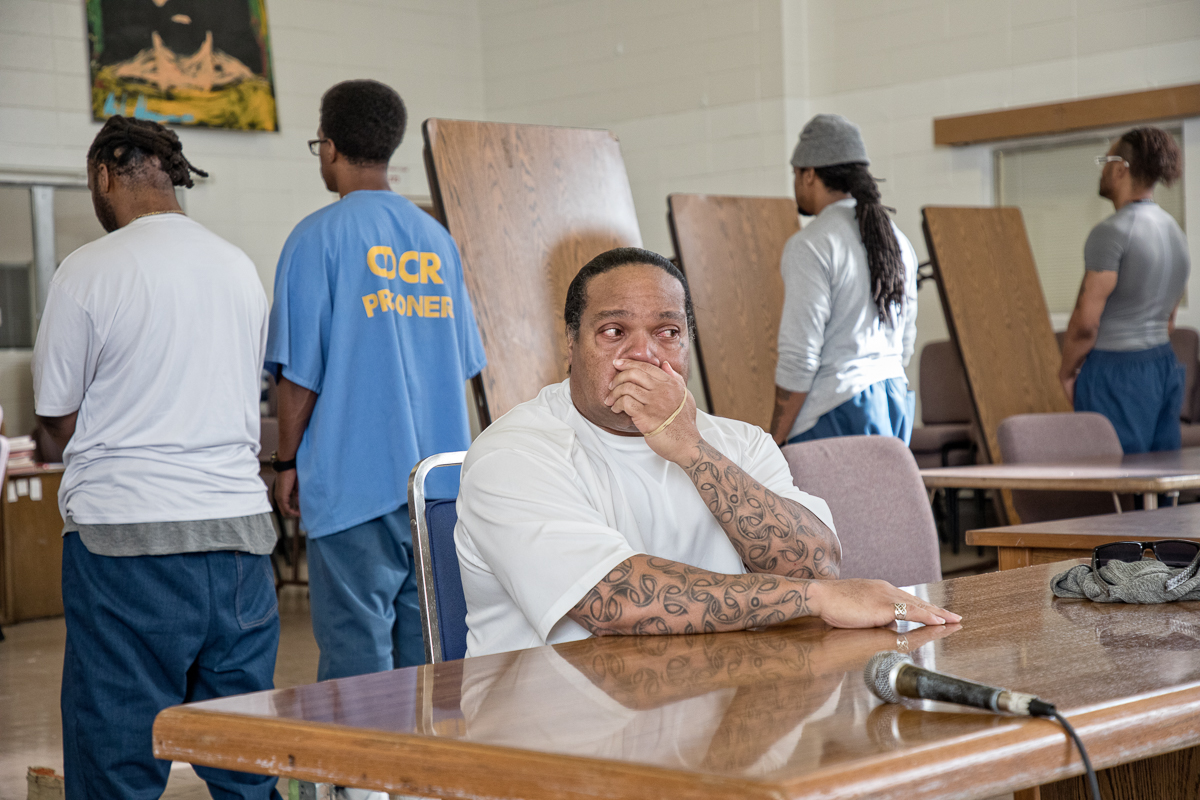