An Interview with Maurice Reed

Artistic Ensemble of San Quentin is a group of men within San Quentin State Prison and outside members who collaboratively explore social inequalities through language, sound and movement. Here, member Maurice Reed discusses how Artistic Ensemble tackles social issues, his favorite performance moments, and why it’s important to give voice to those who can’t speak. 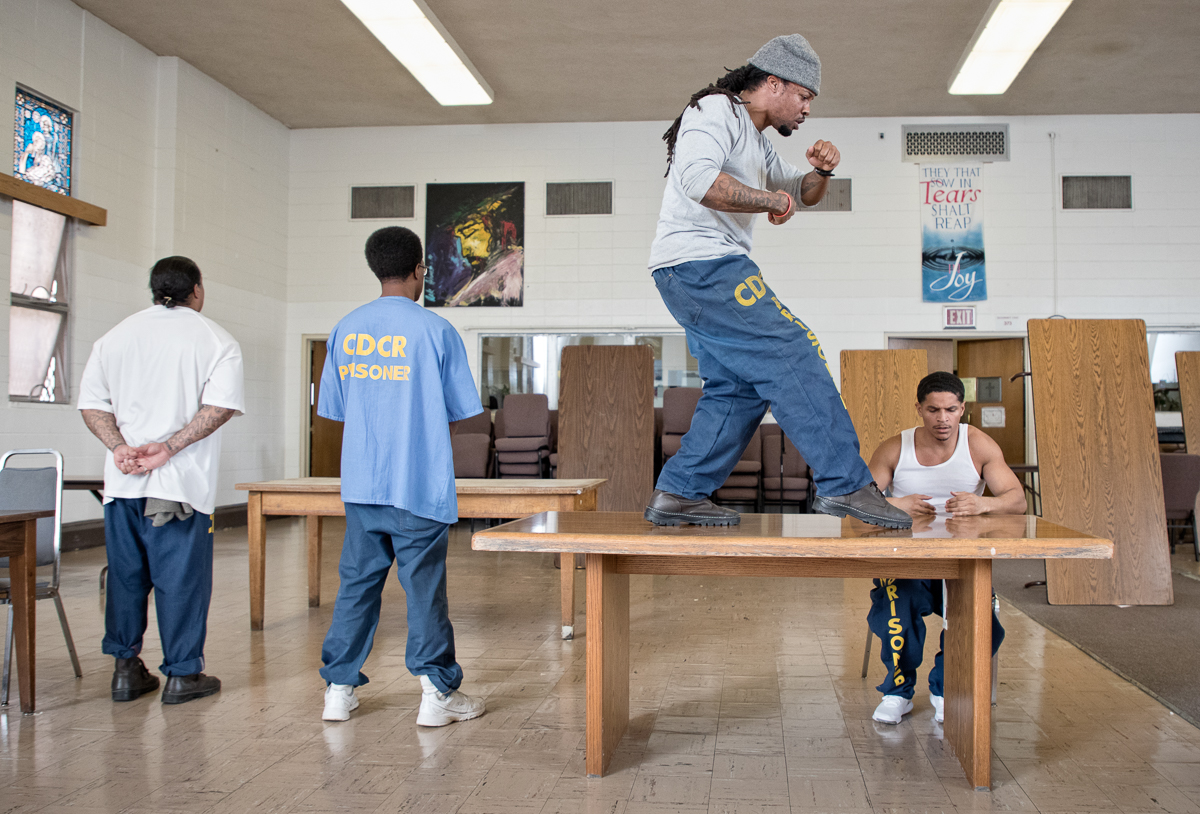 I decided to become a participant because of my other artistic abilities; I’m a musician and I write poems. I already knew the guys in there, and I knew whatever they were up to was something great. So I said, “Okay, let me check it out.” I wanted to challenge myself and my body to see how far I can go in trying something different and telling stories with my body. I decided to join, and now I’ve been a part of it for six years.

Artistic Ensemble is a collective of incarcerated artists who create movement, dance, music, poetry and language about how we hold ourselves accountable for the harm we’ve done to people in the past, how we’ve accepted its implications on us, as well as other inequalities we see in society like immigration, gender bias, and racial discrimination. 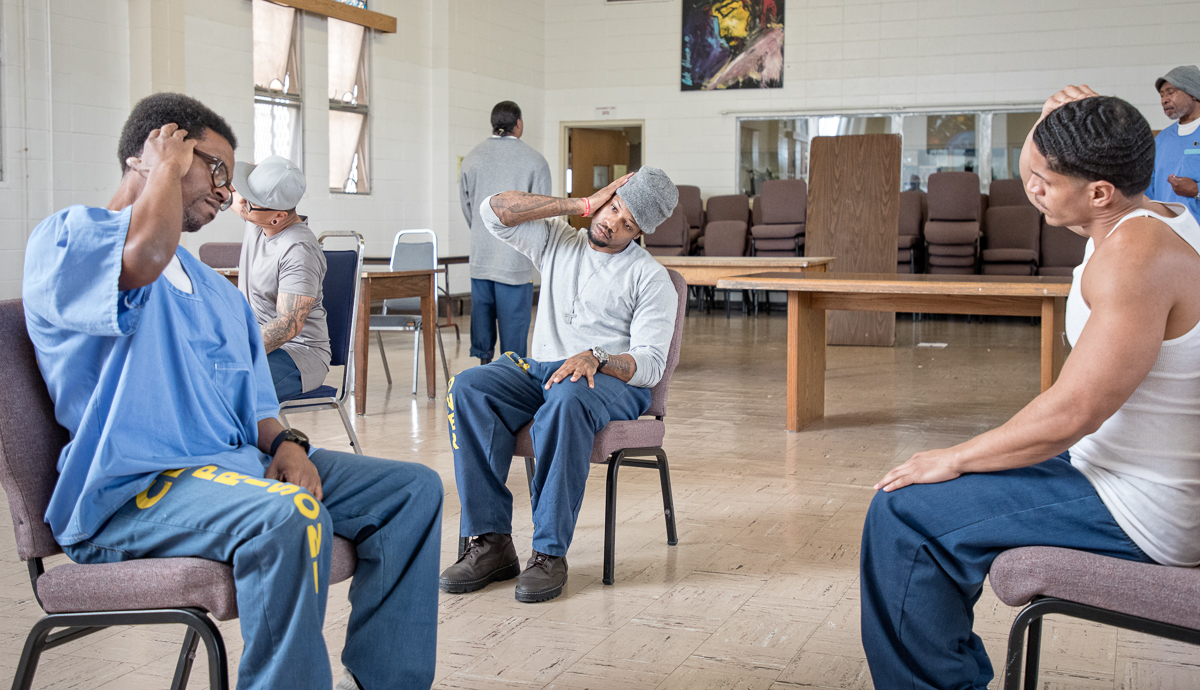 We do a lot of things organically. Sometimes our work comes from goofing around. Someone might say something interesting, and we’ll say, “Let’s try this” or, “What happens when we put these two things together?” We might break off into groups and do like four different things, and then weave it all back together as one group. We’ll start to tell stories about certain subjects. Everything is organic; it’s not planned out on paper.

It varies depending on how many people are in the group and if it’s something personal, if it has a lot of language, or if it involves a lot of memorization of movement. When I create language, it usually takes 25 minutes if I’m really focused. If I’m making a movement piece, it might take up to two or three days depending on the time frame we have around here with all the other stuff going on. So it varies.

What has been your experience of the feedback from the performances?

It’s been amazing to see the impact we have on people. It seems like it impacts them more than it impacts me. I get impacted by other people’s joy and the thoughtfulness of the feedback we get. I don’t feel like I’m doing something major, but they reassure me that we are. I like just to hear that confirmation, being the voice of people who can’t speak, taking back our rights, and changing the narrative of what an incarcerated person is. It’s amazing. I’m blessed to have this platform to be able to tell my truth. 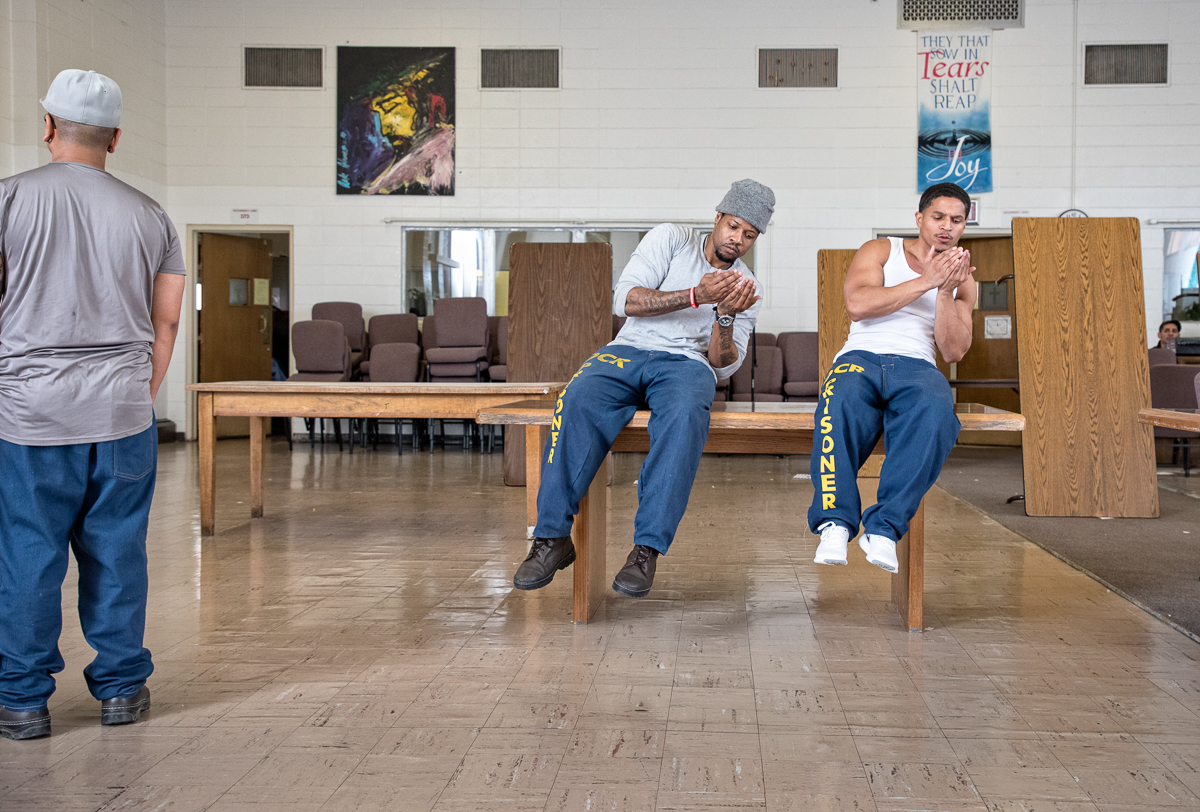 I think my favorite moment of Artistic Ensemble was a few years ago when I was able to perform the haka dance with two friends of mine who are now released. It’s a Samoan tradition and, not being Samoan, I was honored to be invited into that space and that tradition. I felt so empowered and emotional being able to perform that dance with them. There was so much flowing through me at that time, it was just a beautiful moment for me. The encouragement I got from the Samoan community on how well I did it was mind-blowing. So that was a highlight.

Another of my favorite pieces was a movement piece with language I did last year where I wrote a letter to my younger self. Edmund, another member, played my younger self, and I explained to my younger self what would happen if I continued to follow this road I’m going down and where I end up. I was giving myself advice that I don’t have to sell drugs, gangbang, and do all this stuff that society tells me. I still can be cool by going to school, staying focused, and not falling into that life. It was a deep letter to myself, and I thought it would be interesting to show it artistically.

Another piece I did last year was a movement piece that had everybody banging on different body parts. It was about finding connection, being in tune with our bodies, and focusing on having relationships instead of being lost on computers and technology. It was about having real dialogue about things going on in society.

Overall, what has been your takeaway being a member of Artistic Ensemble? How has it influenced how you think about and approach performance, movement and dance?

My takeaway is realizing I have the opportunity to utilize my voice on a platform to speak up for those who can’t speak or are afraid. Everything I do is not just for me; it’s for everybody who can relate to my story and share the same narrative. In this place where we are silenced, I’m blessed to have this opportunity where we can speak. 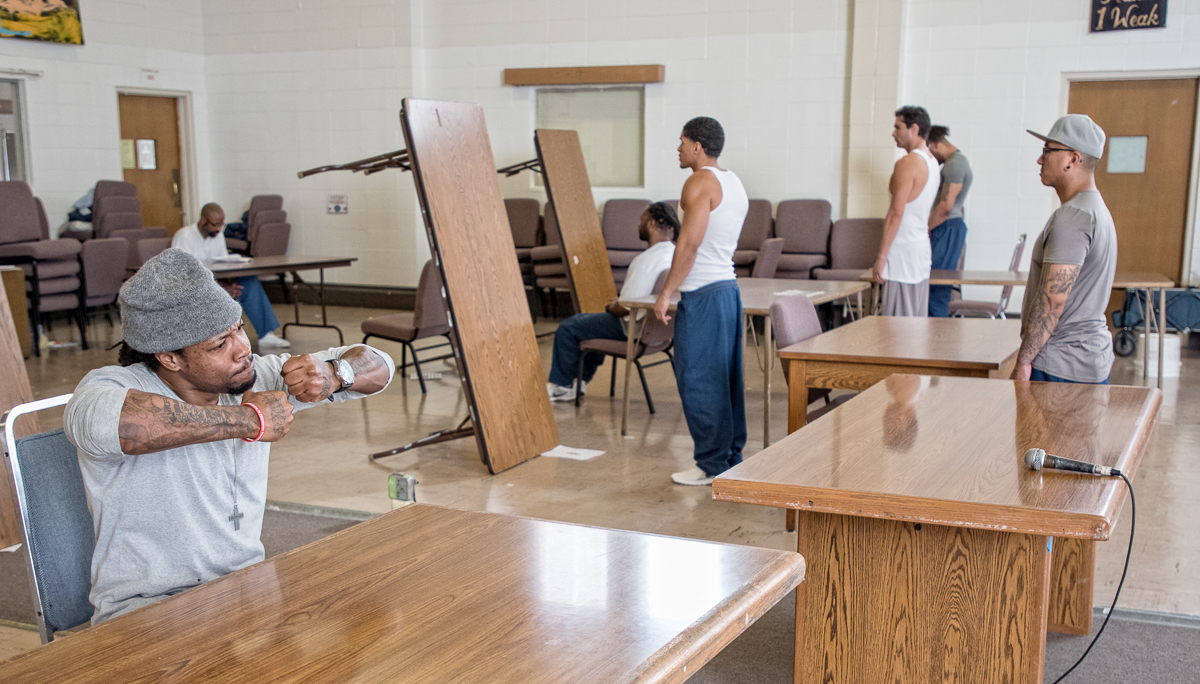