An Interview with Chase Johnsey

Chase Johnsey made history in 2018 as the first man to dance female roles in a traditional company at English National Ballet under the direction of Tamara Rojo. Previously, he had a 14-year career at Les Ballets Trockadero de Monte Carlo, where he received critical acclaim. In the summer of 2019, he became artistic director of Ballet de Barcelona, a new ballet company in Barcelona, Spain. Here, he discusses his career and how he hopes to carve out space for more nuanced gender expression in his new role as artistic director. 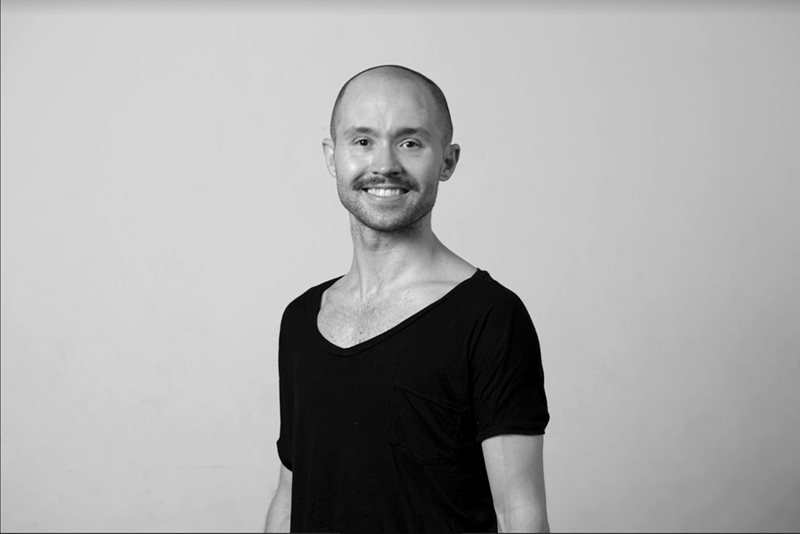 Photo by by Jordi Toiran

Could you share a few “aha” moments from your dance history that made you realize you could pursue a career in ballet without having to be the masculine prince stereotype?

I’m a really rebellious person; I don’t like when someone tells me I can’t do something. One of my favorite words is “perseverance.” That’s a word I use a lot with my dancers. That’s how I’ve gotten where I’ve gotten. Of course, I had teachers who were supportive of me being smaller, feminine, and wanting to dance en pointe, but it was the teachers who told me I would never have a career who made me want to do it more.

I figured I’d just go work for the Trocks, where I could be feminine and dance en pointe. When I was 17, I auditioned and got into the company. That was a milestone. However, when I got there it was a whole different story. They wanted me to be masculine. That started this whole thing of me fighting for my authenticity. It wasn’t until the reviewers appreciated my dancing and how seriously I took giving a gendered illusion of a ballerina. Once I was nominated and won “Best Male Dancer” at the National Dance Awards in the UK, I realized the world was ready to take me seriously.

That led me to English National Ballet with Tamara Rojo, who fought for me really hard and believed in me. After ENB, all my opportunities seemed to have run out. That led me to wanting to create a company myself where I could encourage authenticity. It could be a safe place for not only different genders but also different body types. I’m conquering more than the gender issue now. Ballet is a female dominated industry, and I’ve realized what torture women go through. There is a tougher standard for girls when it comes to body type. I’ve created a company where all the dancers have to worry about is how they dance. They don’t have to worry about being super skinny. It’s amazing how my next milestone isn’t about me anymore. It’s about changing the ballet world. Seeing my dancers shine is where I’m at now.

Can you share a little about the process preparing for the role in the women’s ensemble at English National Ballet (ENB) last year? How was it fundamentally different from your 14 years dancing as a Trockadero?

The Trocks do something very specific. They don’t have an emphasis on technique. It wasn’t until I got to ENB that I got my first thorough training en pointe. I had to live up to the female standard. At the Trocks, they didn’t care about how the technique looked; they just cared about how many pirouettes you could do and how funny you were.

While I was at ENB, I took it upon myself to transform my body and work with a nutritionist. I lost about 20 pounds of muscle. Working correctly, my muscles redeveloped. Just being in the room and rehearsing with such talented people was incredible.

Thinking about how you made your body more feminine in preparation for your performances with ENB, I’m curious your thoughts on ballet’s specific physical aesthetic and why you felt that was necessary?

The thing about ENB is they have this thing called dance science, so they were actually strengthening me while my body was transforming. Tamara hired me 20 pounds heavier. I was just curious how feminine I could make myself look because I wanted it so bad. After doing that to myself, I’ve realized I don’t want anybody to go through that. I want strong dancers and I want variety and authenticity, not dancers who are starving and getting injured. There’s a big difference though between cross training to make your body stronger and malnourishing your body to be thin.

You have to understand: It was always my dream to be a ballerina. Then I got this opportunity with Tamara, and I wanted it so bad, I thought changing my body was necessary. In reality, it wasn’t. Tamara hired me 20 pounds heavier and saw me as a ballerina. Looking back, I shouldn’t have done that to myself.

You and your husband Carlos Renedo initiated Ballet de Barcelona this past year. Can you share why you decided to start the company?

I really believe in the universe. After ENB, nobody wanted to hire me, even to do male roles. They didn’t want that type of publicity. After making history, I literally could not find a job anywhere. There wasn’t an established ballet company in Barcelona. I went on my hands and knees and begged this theater executive. I told him I had a vision and told him what I’d done with my career. On May 6th, with nine dancers and only 39 days of rehearsal, our new company premiered at this huge theater in Barcelona. My husband does a lot of the executive stuff even though he was a dancer too. We also have a project manager, Caroline Masjuan, who has a lot of contacts in the region.

The thing is, Barcelona wanted a ballet company. Everywhere we go, they want the ballet. We have a temporary residence in a huge theater. And then we just work really hard from 7 a.m. to 10 p.m. every day. The dancers are downstairs right now sewing costumes for Nutcracker. The dancers really believe in us and trust us. It’s a collective effort. 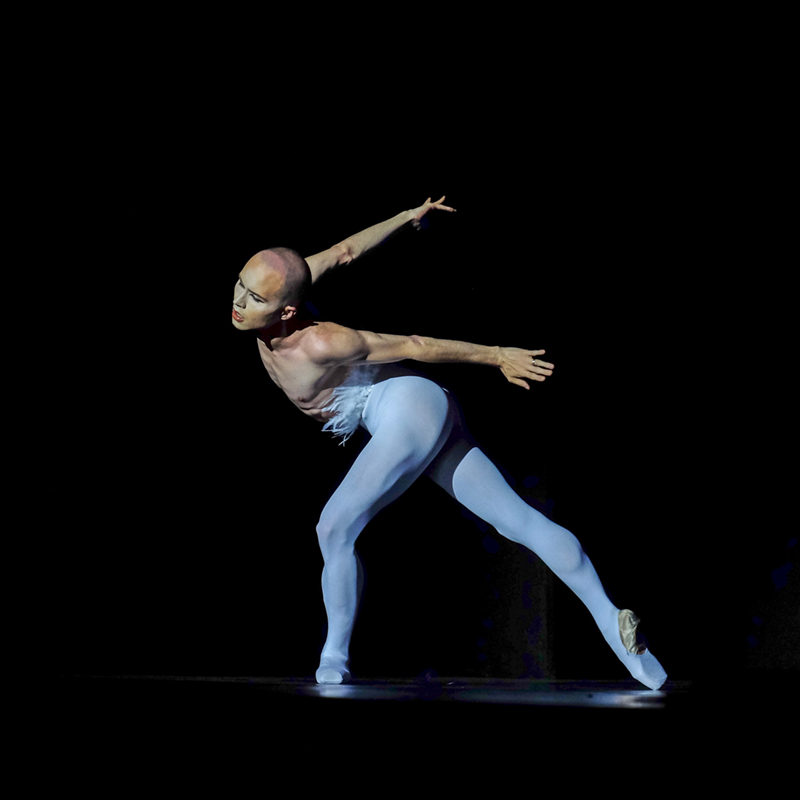 In your new position as director of Ballet de Barcelona, is it important to you to allow for more nuanced gender representation in classical ballet? If so, how are you approaching that?

We do have one gender queer person in the company. That in itself is a non-issue for me. Yuri dances beautifully. We also have a girl in the company who jumps higher than the boys, so she’s doing a role in Nutcracker that is traditionally male because she can do it.

Our Nutcracker is my own production and I’m addressing gender within it. It’s slightly autobiographical. I was never allowed to play with Barbie’s so, in my Nutcracker, Clara goes through this journey of wanting to play with boys toys but being forced to play with girls toys. She goes on this journey in the second act to realize she doesn’t need to conform to society, and she can find her own version of womanhood.

I’ve messaged a couple of transgender ballerinas. I’m waiting on these people who need a place to dance so I can give them the opportunity in a safe space. There aren’t many out there. I’m ready to give any dancer of any body type or gender a serious setting in which to dance, which is what I wish I had.

Do you see classical ballet changing in terms of openness about gender roles? Do you think a gender fluid ballerina today would have an easier time?

You see what the ballet world did to me after I made history. If anything, they are more closed and wearier. In the contemporary sense, there’s a lot of gender openness that’s happening. But ballet is such a sensitive thing. There’s a board of directors, and those companies are afraid they are going to lose ticket sales. After ENB, I would go audition and think I would get it because the artistic director liked me, but would be prevented from getting hired by the company’s board of directors. They don’t understand; they see me as a man dressing up as a woman. For a transgender person, that misperception is even more difficult.

I don’t have time to express myself physically like I used to because I’m selflessly working for this company. That’s what I have to do as artistic director, and I love it. I already had a great career. However, at the premier, I danced Dying Swan but stripped down. I shaved my head and wore just white tights, but did the same steps. The audience had a great response. They’re ready for this work.

I want to continue pushing gender roles. I’d love to modify Giselle to make Giselle trans, or where the guy is broken hearted and shows fragility. It’s always the guy saving the girl. In my Nutcracker, Clara saves the Nutcracker prince and is self-realized. I’m trying to change these gender roles. That includes empowering and having serious storylines for a person who doesn’t associate with any given gender. The thing is, that’s what’s happening in the world right now, but ballet is so tutus and tiaras and tunics. And then people wonder why ticket sales are down. Audiences can’t relate to the stories.

We are programming Carmen Suite from Alberto Alonso in May in respect to Alicia Alonso. We’re particularly excited about that, especially since I don’t think it’s been done in Spain before. We’re working on a documentary as well. And we’re already programming Nutcracker for next year.

The amazing thing about my job is I get to take it day by day. I’m close to the dancers. I’m not a dictator; I’m a leader. The dancers can come talk to me, and I listen even though I can’t always give them what they want. I care about them, and that’s how I get progress. I’m excited to see how the dancers have grown at the one-year mark. Ultimately, they do the work. I just guide them. I’m excited to see what becomes of all the effort they’ve put in.

The last thing that’s really important is to understand Tamara Rojo’s role. She’s continuously advocated for me, Carlos and Ballet de Barcelona. She continues to fight for me even today. If she hadn’t stuck her neck out for me, Ballet de Barcelona wouldn’t have gotten off the ground. It’s important to understand that she’s a really strong woman who has faced so much criticism for being good at what she does. That’s what happens in this world. I want to give major credit to Tamara Rojo. It took a woman to make this type of history. I’m forever grateful. I’m lucky to have a personal relationship with her and receive advice from her on how to be bold and forward thinking as an artistic director. That’s part of the success of the company today. 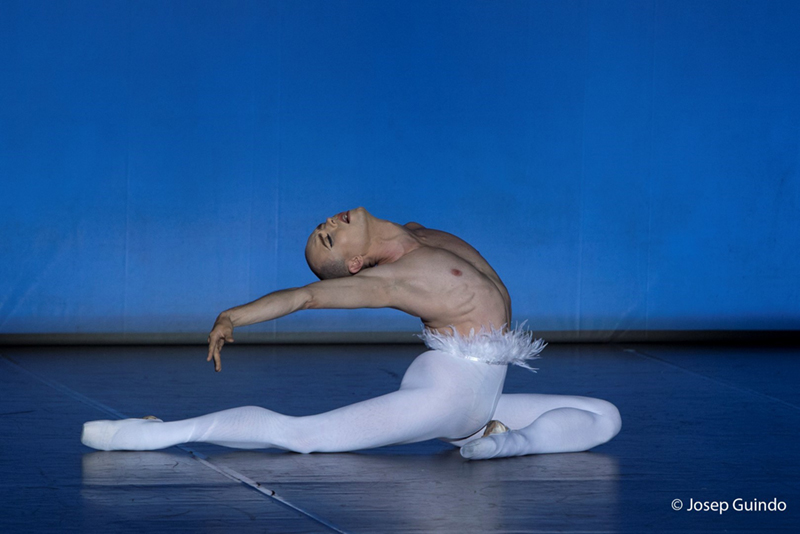