An Interview with Leyya Mona Tawil

Leyya Mona Tawil, also known as Lime Rickey International, is a Syrian/Palestinian/American artist engaged in Arab Experimentalism through music, dance and performance art. She is the director of DANCE ELIXIR, Temescal Art Center in Oakland, and Arab.AMP – a nomadic platform for presenting experimental live art and music by artists of the SWANA [Southwest Asia North Africa] diaspora. Here, she shares more about Arab Experimentalism as a movement, how it is gaining strength and attention, and how she has developed her own voice within that framework as well as built platforms for other artists. 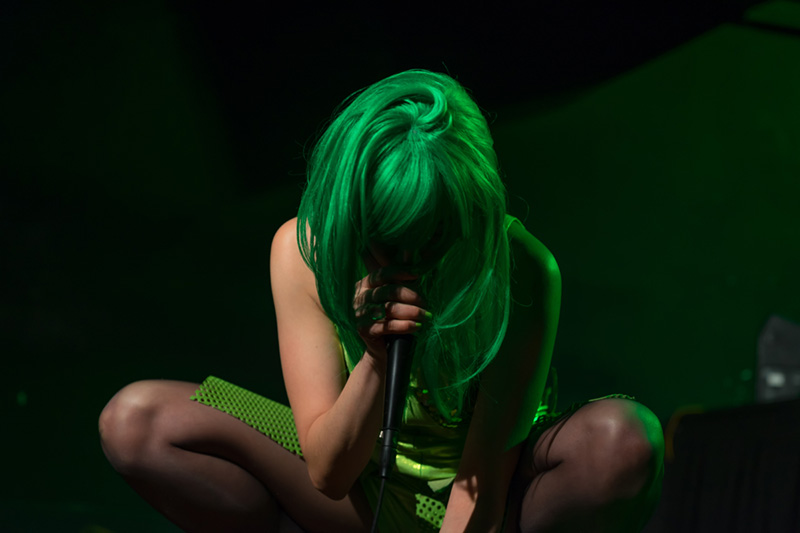 My dance history is a common one. I studied ballet and modern at a performing arts high school. Then I went to the University of Michigan and got my undergraduate degree in dance, which followed the conservatory model and focused on ballet, modern and composition. Then I moved to the Bay Area to pursue dance-making. My approach in my early years was fairly traditional from a Western framework.

I use the term “experimentalism” as a catch-all to describe work that is experimental in nature, meaning it hasn’t been codified. That can mean a lot of different things. In terms of art-making, it can include dance, choreography, music, performance art and live art. Basically, I am referring to time-based live art. The experimental part doesn’t fall into a defined category, though it encompasses the practices of avant-garde, futurism, new forms, conceptual art, improvisation, transgressive arts, and areas yet to be known. Arab Experimentalism looks at what artists from the Arab diaspora and region are doing in experimental practices. In that sense, it’s more about the people than about the output. For me, Arab Experimentalism is my Syrian/Palestinian/American identity as it inhabits experimental performance-making spaces.

You sometimes perform under the name Lime Rickey International. Can you share more about how that name shapes your artistic identity?

As an early career artist, I was always working with musicians and composers to create the scores and musical interface for my choreography. I was also making conceptual compositions for my performance scores. Lime Rickey International was my entry into creating the actual sounds myself, through voice and electronics. Basically, Lime Rickey International is my super-consciousness. She’s a character; she’s not me per se, she’s an idea. She is from the future and has a homeland that is yet to exist. She’s displaced in time, not in geography. Because her homeland is conceptually in the future, she is able to produce fictional dances, songs and music from an imaginary place.

Lime Rickey International is my way of synthesizing my dance interests which go beyond Western technique and travel into Arab traditional forms as well as improvised music and noise, which I propose as a vernacular folk form of today. Lime Rickey is my outlet for all those ideas. 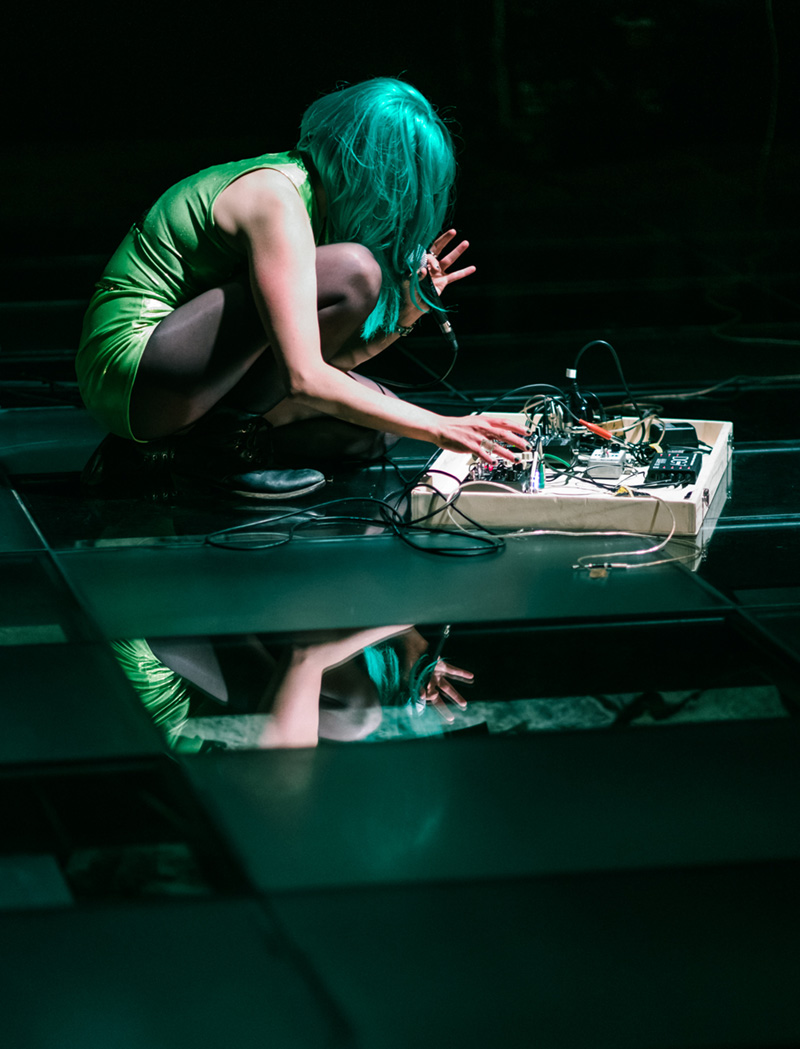 You direct several projects and organizations – DANCE ELIXIR, Temescal Art Center and Arab.AMP. Can you share a little bit about the impetus of each?

The parent company is DANCE ELIXIR, which is a nonprofit based in Oakland. Founded in 2003, it was primarily a vehicle for interdisciplinary performance and, over the years, has shifted into broader arts practices that are not specifically dance but are culturally and artistically relevant and community driven. DANCE ELIXIR is the container for all my artistic projects and community programs, including Lime Rickey International, my duo with violinist Mike Khoury, and other collaborative performance works with people around the world.

DANCE ELIXIR is also the operating organization of Temescal Arts Center (TAC), our home studio in Oakland. TAC used to be a collaboratively and cooperatively run space. It was started in 1994, and I came on in 1997. Over the years, the cooperative model was reduced to the point where DANCE ELIXIR adopted TAC and now runs it. It’s my home space for making work but also a space for lots of different programs, including the Dabke with Us! program – a Palestinian folk dance and music platform, the TAC Music series – which programs experimental music by local artists in the Bay, and it’s also a subsidized rental space for emerging community artists and those in the healing arts. TAC provides Oakland with a room; our tagline is “a room for belonging.” It’s a shape shifting place that makes space for everyone.

In 2017, I felt the need to create more context for my own work and articulation as an experimental artist from the Arab diaspora, but I found there wasn’t a network in terms of community building nationally and internationally for experimental performance from the SWANA diaspora. SWANA refers to Southwest Asian and North African, and is a more inclusive way to notate the region that is often referred to as the Middle East, which is a term with colonizing roots.

I started programming music and live art, along with dance, because there are only a handful of choreographers from the SWANA diaspora in the states right now. I wanted to create a platform for experimental work made by people from the SWANA diaspora because until then, we didn’t really have a centralized network here. There are lots of places for traditional Arab art in almost every museum. But those spaces aren’t asking how, for example, improvisational guitar by a Lebanese musician can inform identity building and a wider understanding of what it means to be from the SWANA region. I wanted to make plural and complex what is often seen as a monolithic culture.

So I founded Arab.AMP. We just launched our 2019/2020 season, which is our second official season. I’ve received support from a number of California and Michigan based agencies to seed the platform, and I’ve partnered with several festivals nationwide. Most importantly, artists have come pouring in. Arab.AMP is a nomadic presenting platform; we do commissions, gatherings and concerts in collaboration with venues and festivals. We’re going to start a residency program in Oakland in late 2020. 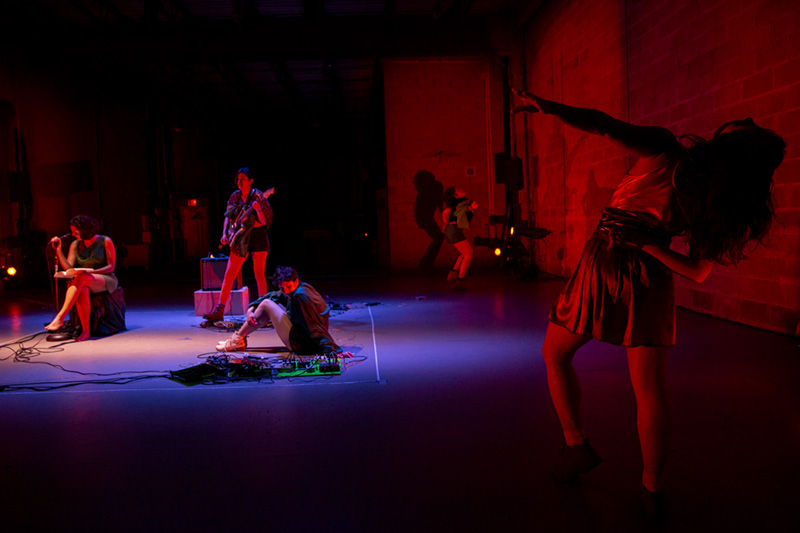 How does your involvement in DANCE ELIXIR, Temescal Art Center and Arab.AMP overlap or inform one another?

The practices very much inform one another out of necessity and cultural context. DANCE ELIXIR, TAC, the work of Leyya, the work of Lime, and Arab.AMP all push each other forward. For instance, Arab.AMP always has a home in Oakland for production even though it’s nomadic with the goal of programming nationally and internationally. At TAC, because we have a traditional Palestinian dance and music program called Dabke with Us!, it allows for more energy building when we’re doing experimental Arab arts to have the traditional Arab arts presented in the same space year round, and sometimes in the same night. That can be educational and context building. Last year, Dabke with Us! was commissioned to make an ‘experimental Dabke’ as part of the Arab.AMP platform.

Arab.AMP was initiated to create more literacy about Arab experimentalism and futurism. I had to keep explaining myself, what makes my work “Arab,” because it didn’t fit into the mainstream fantasy. My work is fed by being in conversation with the Arab.AMP network and other platforms that have sprung up to support this type of work in the US diaspora. The sound and movement environment that I build as Lime Rickey International will be necessarily contextualized in the future or past with other artists operating within the diasporic references. It’s an interesting premise to have a cultural thread. We’re not trying to make work about the SWANA region, but we happen to be from the SWANA region. How do those things triangulate with one another and create meaning?

What are some shifts (if any) you’ve seen or experienced with regards to SWANA diaspora access and representation?

There was some sort of spiritual quorum that started around 2014 when outlets for SWANA voices started to take more visible shape in the mainstream. We had new ways of claiming our agency and narrating culture for ourselves. My generation aged into a place of agency. A lot of us are first or second generation. We’re just now coming into our power places because of our life experiences. We’re realizing that all the problems we have about how our culture is narrated, we can take control of. Since 2017, I have seen this type of programming in the arts grow across the board.

Outside of what Arab.AMP is doing, there’s a lot going on. There’s a new organization in Philly called YallaPunk that addresses the DIY ethos among SWANA communities nationwide. It operates as a festival, a service organization, and a community network. Lime Rickey was just in Finland for two festivals, Today is Our Tomorrow and New Performance Turku. At both these festivals, a huge swath of the programming was about and supporting Arab Experimentalism. This reflects the migration patterns and new SWANA populations establishing themselves worldwide. The artistic work of this diaspora is really on blast right now. It’s invigorating. 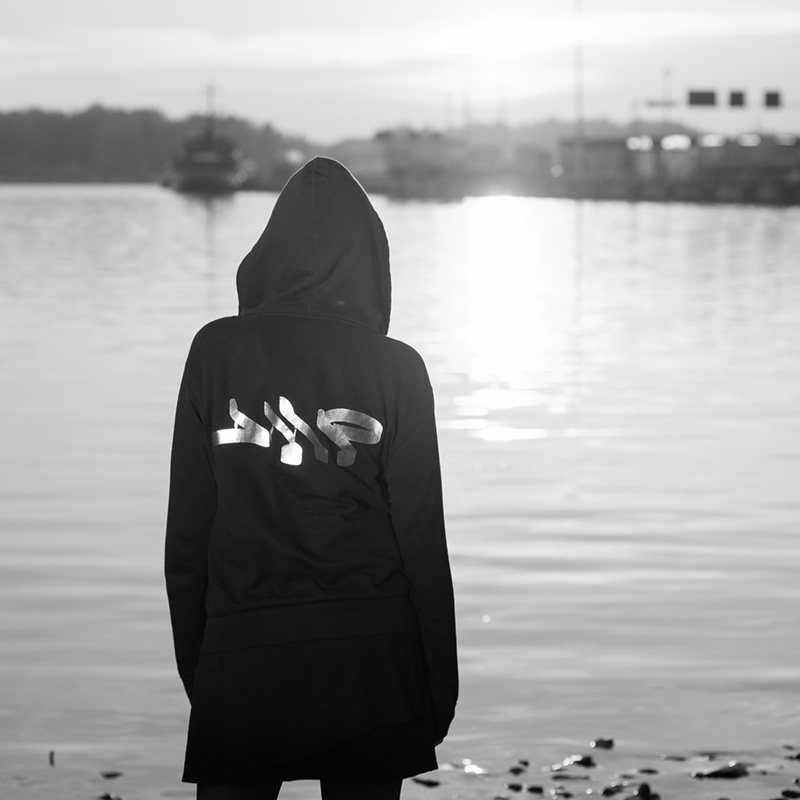 The work is happening in the region as well, but there’s lots happening outside the region because of the forced migration that’s happened in the past decades due to war, occupation and economics. However, there are established platforms for experimental work, especially in Beirut and Ramallah, though mostly in visual art and music. But for sure there are artists operating onsite in the region.

I was recently named ISSUE Project Room’s Suzanne Fiol Curatorial Fellow for 2020, through which I’ll be curating a series called NOMADIC SIGNALS. These will be music-based performances in New York City that promote artists with nomadic approaches to sound-making. It won’t be specifically Arab or SWANA, just nomadic practices in sound art and composition. That’s shaping up to be a huge part of 2020.

Through residencies in the Bay Area, New York and Los Angeles, I will be working on Lime Rickey International’s next work, Noise and Nation, which will premier in Oakland as part of the Arab.AMP Gathering in 2021. I’m writing a set of songs and choreographies that can be interpreted both in group and solo format. It’s also new territory to crisscross the compositional threshold between Leyya and Lime. I’m surrounding myself with femme-identified artists of color operating in sound, media, dance and poetry. These are folks I want to tap for conversation specifically about the concept of nation to see if we can build an understanding of our current nation, particularly folks living in diaspora. How do we frame the concept of homeland? I want this new work to propose a post-national dream that supersedes the boundaries of nation and instead proposes a feminist performance practice that can deconstruct borders within the staged body. There will be performances and workshops, primarily with Bay Area artists as well as with folks in other cities to help dissect these themes through song and dance-making.

I want to stress the importance of community practices that weave in out and of TAC, which has been my artistic homeland for decades. Space is so important, especially since so many cities in this country (and other countries) are facing this threat of home – both as a housing crisis and as an artistic crisis. We are losing places where we work and connect in real time, not just in cyber time. I want to celebrate TAC for providing a home to a lot of different communities. TAC has been built and sustained by many people who have kept it alive and open as a sanctuary. 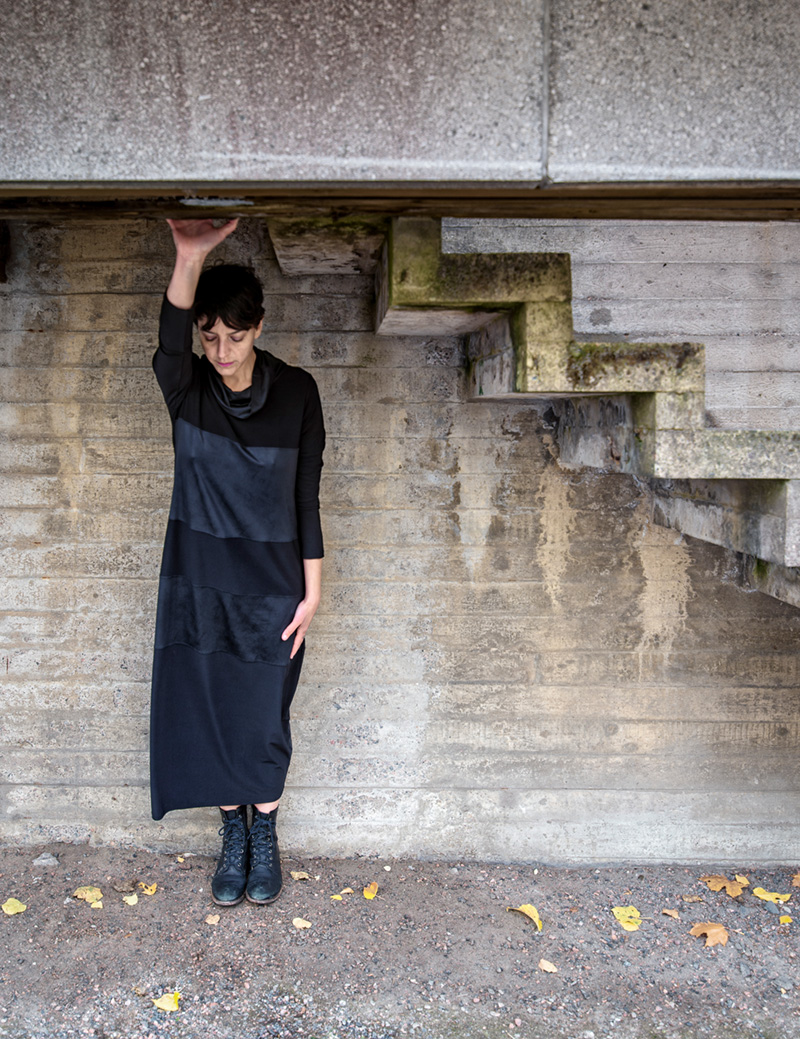