Reflections on the Women Ballet Choreographers and Composers Residency at Djerassi in Woodside, California, June 15, 2019

Deborah Enelow is a retired educator who supports women in the arts, especially women choreographers. Here, she shares her impressions after attending the Women Ballet Choreographers and Composers Residency at Djerassi in Woodside, California this past June 15, 2019. 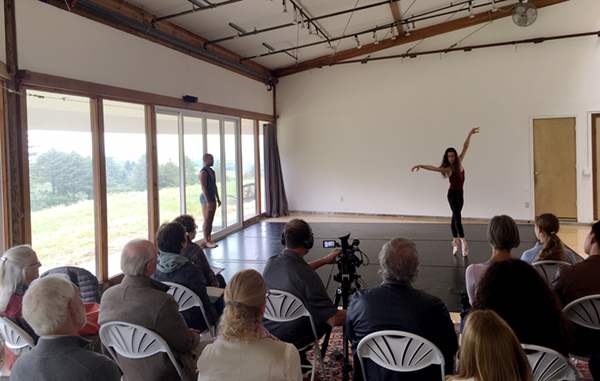 The 4th annual Women Ballet Choreographers and Composers’ Residency brought energy and inspiration. Choreographer, dancer and dance advocate Kathryn Roszak is the creator and host of the event wherein women artists exchange creative work and share reflections with the public on their challenges.

The afternoon began with Ms. Roszak bringing us together for a friendly lunch. The 30 of us in attendance chatted about what brought us to the occasion. We were then ushered into a dance studio where Roszak articulated her mission to encourage and support women in the arts. She described the dismal representation of women in the choreographing of ballets, in the writing of operas, in the directing of films, and in leading major art organizations. She invited us all to be part of the movement to promote women’s careers in the arts. To that end, she invited an array of women to share their new works.

The presentations began with Roszak’s own Impression Tango, which portrayed the power exchange in a couple beautifully danced by Nelie Sithong and Linnea Snyderman to music by French composer Graciane Finzi. Marika Brussel’s Myth of Calypso came next with Julia Rowe playing the goddess Calypso from the Odyssey. Danced en pointe as if in water, she seduced Odysseus, danced by Calvin Thomas. The music, composed by Mary Ellen Childs, sounded like the voices of dolphins and waterfowl skimming over the sea. Roszak’s modern take on the minuet came next. The two dancers, Nelie Sithong and Linnea Snyderman, did a precise and controlled minuet based on steps by Louis XIV, but reformulated to allow for more freedom of expression. 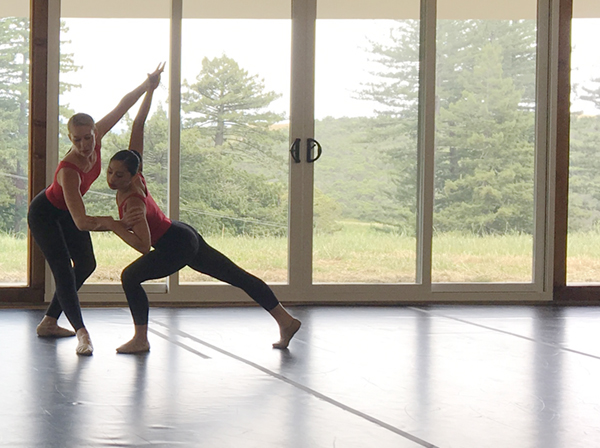 We next went into the composer’s studio where Erica Felsch of Smuin Ballet shared a film of her ballet based on the pictures of Edgar Degas. She presented a delicate and exacting rendering of a classical ballet that would have been seen by Degas. The opera composer and librettist Carla Lucero then showed us excerpts of a film of a site-specific ballet that she composed music for. Done in the fountain of the Museum of Contemporary Art in Los Angeles, the ballet, called Liquid Assets, depicted the breakdown of modern capitalism. Afterwards, we were treated to arias from her new opera Juana, based on the life of Sor Juana Inés de la Cruz, which will premiere at UCLA this fall. The music was hauntingly beautiful and seemed to come out of a medieval Spanish epic.

The third stop was the main room of the Artists’ Barn at Djerassi, where we heard the artists talk about their challenges and their visions in response to Roszak’s questions. Felsch was clear that women had to be beyond excellent to get a foot in the door. She explained that rejections can be overwhelming, so she puts on “an armor of confidence.” Brussel lamented that women have 40 auditions before acceptance versus men’s four. Lucero said that she needed to prove herself constantly while male composers get commissions for much less work and effort. Carol Liu, who is working in virtual reality, is faced with (male) engineers asking her if she really understands the technology.

In response to the question of how women’s roles are different than men’s in their fields, there were a variety of responses. Liu mentioned that she works in a collaborative mode quite different than her male counterparts. Felsch feels she brings to her choreography the inner experience of what it feels like to be a female dancer. For Brussel, her big question is: What can women do en pointe that is different than what men can imagine? Lucero expressed that women happily take on a mentorship role.

When the question of future projects was asked, I was excited to hear the political nature of the plans. Felsch was planning on choreographing to famous speeches and monologues, including a Martin Luther King speech. Brussel had a piece on climate change on her docket. Lucero is ready to turn opera on its head by reframing women’s roles from victim to hero; her next opera is going to be about Helen Keller. Liu wants to tell the stories of women from a woman’s perspective, correcting what have become common place beliefs unmoored in facts. There is a possible collaboration between Liu and Roszak whose focus now is on film which can be a great platform for women. 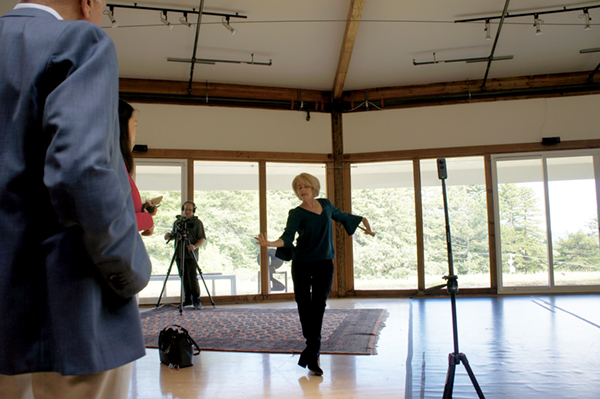 Our afternoon ended with Liu’s presentation of her work on a virtual reality film about Marie Antoinette. We all had the opportunity to sample the immersive experience this new technology offered that seemingly put the viewer into the middle of the drama. Finally, Liu and Roszak showed us how they work together by setting up Liu’s camera in the dance studio and doing a virtual reality film of the modern minuet dance. Ms. Liu is working to complete this project, having already secured permission from the Palace of Versailles to shoot scenes onsite.

All in all, the event showed the attendees the vibrancy of women in the arts and especially in ballet as they increasingly move from the periphery into the center of the action.