An interview with Emily Molnar, choreographer and director of Ballet BC

Ten years ago, Emily Molnar assumed the directorship of Canada’s Ballet BC and turned the company into an innovative hub by commissioning new work and restructuring the company so as to make all the dancers soloists. This June 13-15, the company will be premiering at BAM in NYC work by William Forsythe, Crystal Pite and Emily Molnar herself. Here, Emily talks about her own transition into a leadership role, how she re-envisioned the company, what’s important to her as a choreographer, and how more young dancers might embrace leadership roles. 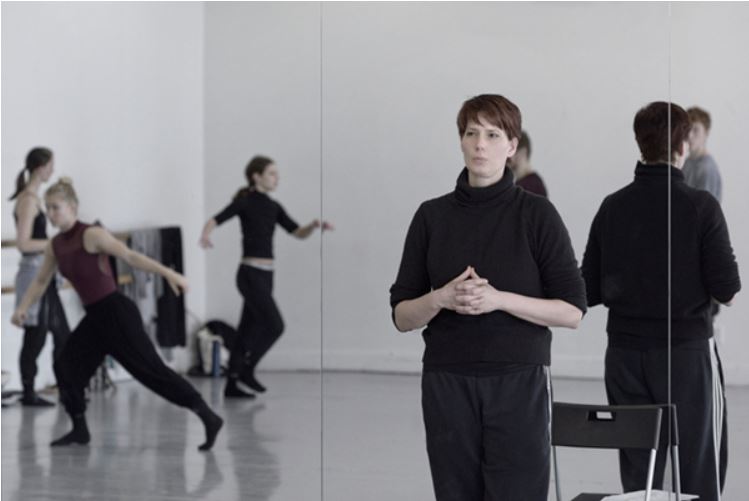 Emily Molnar in the studio with artists of Ballet BC, Photo by Michael Slobodian

As a dancer, did you envision yourself taking on leadership roles like choreographing and directing? What was that transition from dancer to director like for you?

I started dancing very young at age five and got my first job at 16 with the National Ballet of Canada. At around age 12 and then throughout working with various companies, I found myself always asking a lot of questions about how we’re coming together, how we’re being coached, how we’re being cast, what kinds of conversations we’re having around the work, what it means to audiences, basically where is dance going. I was fascinated by these questions and yet I was trying to be a dancer moving my way through companies. In some ways, that questioning created a more challenging environment for me to exist in as a dancer; if I had just thought about my career it might have been easier.

All those important questions – which I do still ask – were defining for me an interest in eventually creating an environment for artists to be supported. By artists, I mean everyone from the dancers and choreographers to those who administrate. What does it mean to be a dance artist and art maker today? How are we relevant? How are we influenced by society? I didn’t know if it was going to lead to directing and choreographing but I found myself wanting to take on more responsibility.

By the time I left Frankfurt Ballet when I was 26 years old, I actually thought I would quit dance and study anthropology. Thank goodness something in me said, “No, don’t do that.” Instead I kept pursuing my career and started dancing with Ballet British Columbia (as it was called at the time). I started choreographing, which led to a freelance career. That experience taught me all kinds of mechanics around how we make dance, from administrative projects to writing grants. I felt like I wanted to direct, but I didn’t just want to direct my work and have a project-based company. It’s a good model but I didn’t want to just focus on my own work. That left me asking: Where is there a need for someone like me in the conversation of contemporary ballet? 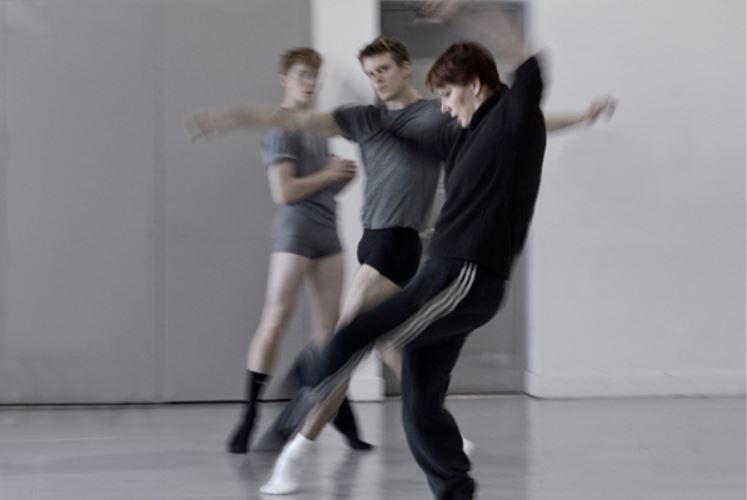 I took over Ballet British Columbia during a difficult time for the company. From one day to the next, I stopped performing and became a director. Though I’d been dancing for almost 20 years, I felt like my career had finally begun. All the things I was curious about, I was being asked to bring to the table in a way that felt fulfilling. It’s been a phenomenal journey. Ballet BC has always been a wonderful leader in contemporary ballet in Canada, and I feel like there was a place for me to push that conversation forward. I’ve asked: What is contemporary? What is ballet? How can we blur those lines? That moment of going into leadership felt like an organic but huge opportunity, and one that I had been working most of my life toward.

As Ballet BC’s artistic director, you’ve turned the company around by commissioning new works and creating a system that treats all dancers as soloists and pays them equally. Can you say more about how and why you moved the company in those directions?

I felt like there was room at Ballet BC for us to explore. If we are to be a company looking at contemporary ballet specifically, then how do we become more actively involved in creation? With regards to new work, I wanted our audiences to be exposed to many voices from around the world working in contemporary dance. That’s why, over a certain number of years, we just kept producing new works.

But also, by creating new work, we were developing our practices as artists. We were learning new tools, gathering information, and delving deeper into what it means to make work and perform it. Through that process, we created a virtuosic hub available to many choreographers. The idea was to not just be a rep company but a creation-based company where a choreographer could come into our environment and create work as if it was their company.

In order to achieve that, we needed dancers to be flexible, accessible and eager. The only way I felt that could really happen was to make the most important thing in the room the art-making. That meant everyone had to be on equal ground. Our dancers aren’t paid because they are male or female, or because they are onstage more than others. They are paid to participate, to get involved and to care about what it means to develop this art form. It was important to me that everyone became soloists within the group. That allowed for more experimentation. I was lucky to work for Frankfurt Ballet under William Forsythe who ran his company similarly. I had been exposed to that more democratic approach. It’s not about making it fair; it’s about making an environment where everyone could be involved. That felt essential if we were truly going to be a creation-based company. 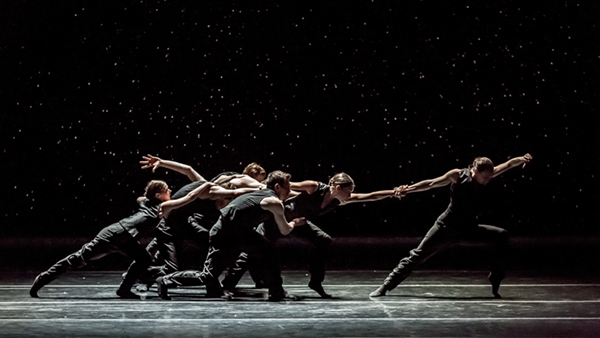 Ballet BC in Crystal Pite’s Solo Echo, Photo by Sharen-Bradford

Ballet BC is debuting at BAM in June with new repertoire and celebrating 10 years under your directorship. Do you want to say more about why you pieced together this repertoire?

It’s a pleasure and privilege to be invited to perform at BAM. It’s a special evening for the company. I’ve been trying for many years to get Enemy in the Figure by William Forsythe, but it had to be the right time. It requires an enormous understanding of his improvisational technologies, as well as maturity. The dancers navigate all the lighting and set. It’s quite epic even though it’s only a 30-minute piece. It was made in 1989 and it’s still ahead of its time. The responsibility it gives the performers is beautiful and challenging, and I wanted them to be ready for this master work of architecture of the body, space and time.

Inside the program is another layer. Crystal Pite and I both worked with Bill, so audiences can see the lineage of people who have come out of his world and gone on to choreograph. Crystal is a very important voice right now in international dance. The work we are performing, Solo Echo, is one of her best and one we’ve had in our repertoire for a few years. It’s a work about one person seen through seven different people, different iterations of the same person. The first movement is about the daringness and risk we take when we’re young. In the second phase, the choreography touches on loss and acceptance as we age. She references a poem by Mark Strand called Lines for Winter. I’ll try to distill what I feel the poem is about: Hopefully, at the end of our lives, we can look in the mirror and be okay with who we see. Crystal embodies that so beautifully, and audiences love it.

One piece in the upcoming program, To This Day, is choreographed by you. Can you say more about the impetus for the piece and what the work process has been like?

It’s my 10th anniversary and I wanted to celebrate the dancers in the company today. I posed to them the question: If you were to say something about yourself today, what would that look like? We started by creating solos, and the composition of the larger work is based on these solos. In that way, it’s an homage to those individuals. For years, I’ve wanted to work with jazz or blues music. There was this compilation of Jimi Hendrix music, entitled Blues, that I found so inviting. I was able to clear the rights, which made me feel it was the right time for all these things to come together. It’s a piece discussing collective agency and allowing for a sense of liberation or joy within the work. It has a celebratory nature. 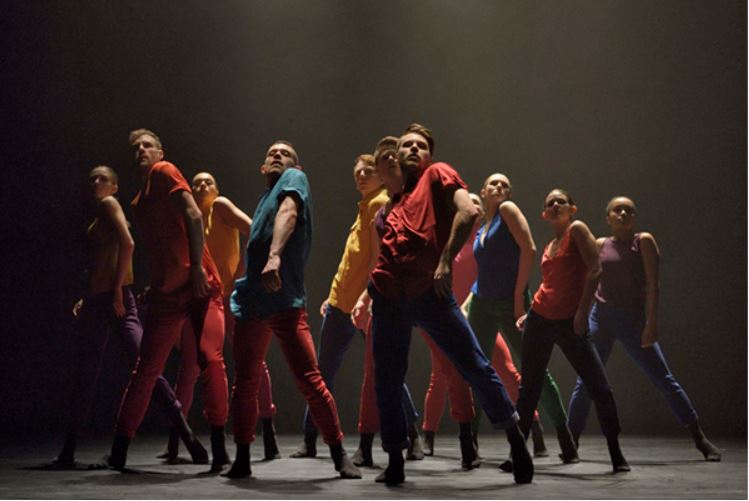 Ballet BC in To This Day, Photo by Michael Slobodian

Looking at your larger body of work as a choreographer, are there certain themes or issues that feel important to you to keep tackling or addressing?

What fascinates me is self-expression and getting into the skin of our own individuality. Compositionally, I’m interested in how to take that individuality and generate landscapes or environments. How do things compose and decompose through large group endeavors? Having worked with Bill, questions of counterpoint are always in the work, but the journey of the self into collectivity keeps showing up in whatever I do. I find I invest a lot in the expression of the body. I find it fascinating, the logic of the body and what it can say beyond words. It has its own intelligence.

What are some of the biggest lessons you’ve learned from serving as Ballet BC’s artistic director for 10 years?

There are so many things I’ve had the pleasure of experiencing and learning. I always say there are fires and miracles every day. I’ve been able to learn so much about the art form and, through our audiences, about society and where we’re at. I keep getting more inspired about what we’re capable of in dance, not less inspired. That says a lot about who the company is as a group. The company was in bankruptcy protection 10 years ago. I took the job because I was curious about changing the organization from the inside out. Watching so many people care about something and come together for a common goal is a leap of faith. We take that leap every day when we make a piece of art – you have to believe in something to make it exist. As a director, I’ve been privy to watch many people come toward that goal and see their lives change. Dance has been the vehicle, but what we’re capable of as humans when we allow ourselves to question and learn, that’s what fascinates me the most.

That is a question a lot of people are asking, and I believe it affects the ballet world more than the contemporary world. What I would say is it’s up to people like myself to make sure that anyone – male or female – has the opportunities to learn more about choreographing and directing if they’re interested. People in positions of leadership need to hold each other responsible and accountable, as well as work together. It has to start very early in the way we’re training dancers, and then carry over into the professional environment. It’s what I’ve been trying to do in Ballet BC, to give people a sense of voice. If people have that early on, it flows into curiosity. Then we have to make sure programs are in place – workshops, laboratories – in which a choreographer or director can develop their craft. 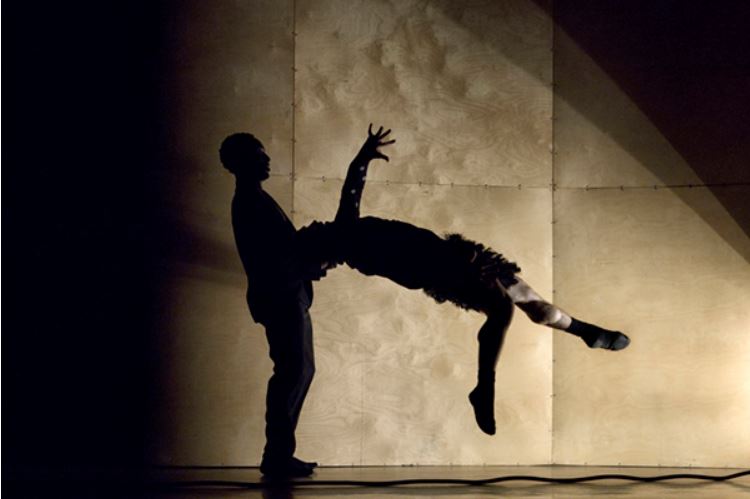 Ballet BC dancers Gilbert Small and Patrick Kilbane in Forsythe’s Enemy in the Figure, Photo by Michael Slobodian

To learn more about Ballet BC, visit balletbc.com.