An Interview with Susan Koff

Dr. Susan Koff is chair of Dance and the Child International (daCi), an organization that believes that every child has the right to dance. Through an extensive network of dance professionals in 18 countries, daCi helps create possibilities for children and young people around the world to experience dance as creators, performers and spectators. Susan describes how she got involved in the organization, why its mission is essential, and how daCi’s emphasis has evolved since its inception. 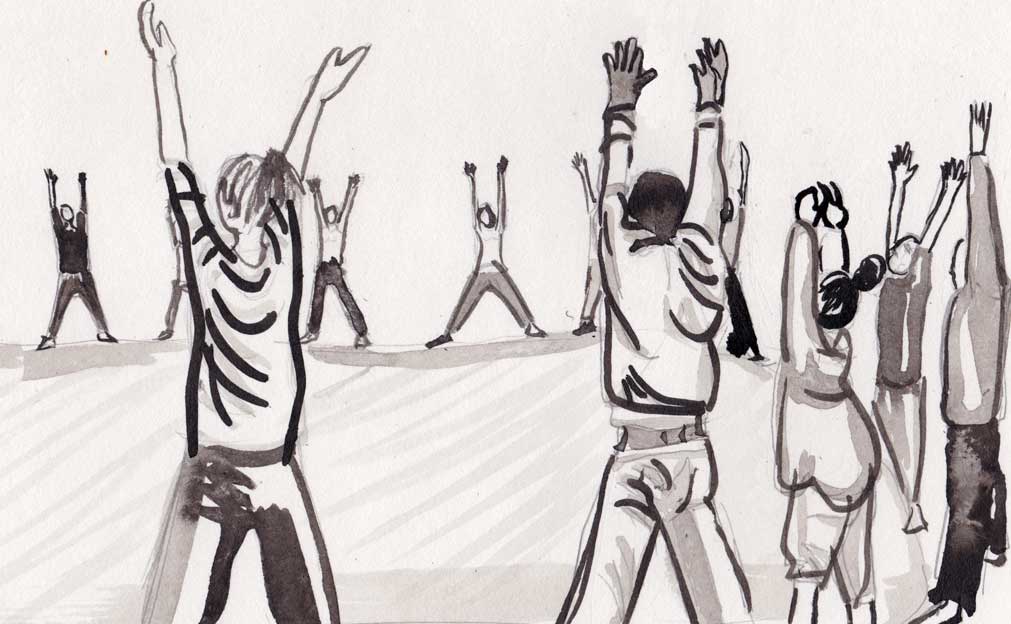 How did daCi come about?

DaCi started in the 1970s with dance teachers who were concerned about the fact that dance education wasn’t being broadly valued and thus wanted to connect with like-minded people. It doesn’t promote a specific style, or focus on a particular location or socioeconomic status. We believe children everywhere have a right to physically express themselves, and therefore should have access to dance.

Why is it important to have an organization like daCi?

Because dance is marginalized in so many different ways, it’s really important to both understand that, while individual cultures might be very different, some of the issues dance educators and practitioners face are fundamentally the same. DaCi is a good network for people beyond their own backyard. From an academic perspective, I’ve developed research projects with colleagues I’ve met through daCi. It’s simply a way to erase otherness when we recognize how much we have in common.

From a more academic advocacy perspective, some of the countries involved are farther ahead than others in developing dance-based programs and curriculum. DaCi has allowed a strong support system for countries in the development process. They can turn to other daCi members as professional consultants. It’s fascinating to me how government officials recognize someone from another country with expertise.

How is daCi organized and how does it function?

DaCi has official representatives from 18 different countries and several more countries participate. We do an international conference every three years, and there are usually about 800 to 1,000 attendees. However, it’s hard to say how many people are actually members. We have a lot of memberships where one member might include an entire organization and all the people who study and work there. Unfortunately, we have more members in first world countries, but we work as hard as we can to not remain a first world organization. The problem with access is often financial and it can be very hard for people from poorer countries to travel internationally, but at this past conference we had three people from the continent of Africa – one from Uganda and two from South Africa. We also had Bangladesh represented. Having this representation was very exciting to us.

DaCi functions as a way for people to collaborate and know about other like-minded people. It functions as much as an advocacy organization as an international point of cohesion and contact. It’s not heavily active day-to-day. It has an overarching goal of maintaining focus on the fundamental belief that every child should have access to dance.

We do have some funding, so we encourage research and interactive capabilities. As the world has become more global with electronic communication, we’ve started something called twinning projects. Even when members can’t meet face-to-face, they can interact with someone in another part of the world through Skype or any other mediated technology so they can dance and create together, and hopefully one day meet face-to-face. In that way, daCi is as much about international cooperation and communication as anything else.

How did you get involved in daCi?

I got involved through a fellow graduate student while I was working on my doctorate. My focus was in dance education but on more local issues – certification, practices in different states, advocacy. My colleague sent me the call for papers for the next daCi conference, which at that time was in 1997 in Finland. I didn’t know much about the organization, but my proposal was accepted. I was also invited to join a panel, so I started meeting some people and getting an idea of other work people were doing. The element that was most stimulating, having no experience of daCi prior, was that while there were people like me who were academics doing research and presentations, there was simultaneously kids from all over the world partaking in dance experiences. Instead of talking about kids but being totally isolated from them, there were kids participating in what we talked about. I was completely thrilled and felt this is what the field should be about.

What are the benefits of membership?

A membership provides basic access to the website. This includes the daCi Reader, which is comprised of all the papers from all the conferences. These have been digitized, so members have access to papers going back to 1978, the first daCi conference. Members also get a reduced rate at daCi conferences. Members have access to a few funding initiatives as well that encourage both cross-border interactions as well as development of local chapters. This way, new members can create a chapter in a place where there might not be one.

Within different countries, there are varying opportunities for involvement. For instance, in the US, daCi has an active chapter that has a conference with an intergenerational appeal. This happens once every three years and the timing is always the year prior to the international conference. Finland’s chapter is also very active and puts on a dance festival. In Europe, there is an initiative to create connections across borders within Europe. We’re also developing a new initiative to work with a daCi member from another country to bring in expertise to your own country.

All these activities are dependent on members’ own initiatives and how willing members are to volunteer and put time into it. We have no paid positions and no brick-and-mortar offices.

What do you believe are some of the biggest issues facing dance education today?

Possibly one of the biggest issues facing dance education is the minute you say, “dance education,” people think of TV shows. People are limited and narrow-minded in what they think you’re talking about, and don’t have the time, patience or interest in a more involved discussion about growth of the whole person or the development of expressive and communicative capabilities. That’s not what comes into people’s minds when you say, “dance education.”

The second biggest problem is funding. Formal schooling has become very prescriptive and test driven. It doesn’t include a place in the curriculum for more growth potential development, and dance education resides in that arena.

In your time involved with daCi, how have you seen it affect the culture of dance education?

I have no way of measuring that. However, daCi has definitely changed in its own perspective. Before I got involved, there were unfortunately a couple of years when it really was about privileged girls from high socioeconomic class. It was rather limiting and stereotypical, and thus off-putting. The culture of daCi itself has become much more sophisticated in its definitions, more culturally sensitive, and more research-oriented. Its international scope was originally very much in the Western speaking world; the original countries were all English-speaking. The world has changed rapidly since then, and we have more international travel, migration and relocation. DaCi has become more conscientious.

For example, one initiative that was started by Eve Ensler, who wrote The Vagina Monologues, is One Billion Rising. It occurs every year on Valentine’s Day to raise awareness about women and children who face abuse. DaCi has a commitment to be involved on an annual basis internationally. There are initiatives of this kind that are really significant and are different than daCi’s founding scope. The internet has opened up the world, and daCi with it, and allowed people to see otherness not in a mysterious way but in an educational way so people can get to know about people who are different than themselves. Dance is a wonderful way to do that.

How has being involved in daCi affected your own approach to dance education?

I got involved in daCi in the middle of my doctorate program, which marked a huge shift in my own understanding of dance education. For me, daCi came along at the right moment. Through daCi, I met a huge number of like-minded international colleagues. It’s become my guide and resource.

When I got into dance education, my definition was “training the future professional.” Going to a doctoral program helped my definition to evolve, but daCi has had a huge impact on my understanding of dance education as well. It’s not about professionalism in dance; it’s about everybody having the right and capability to be a full-fledged dancer in their own space and time. DaCi is there to support that. 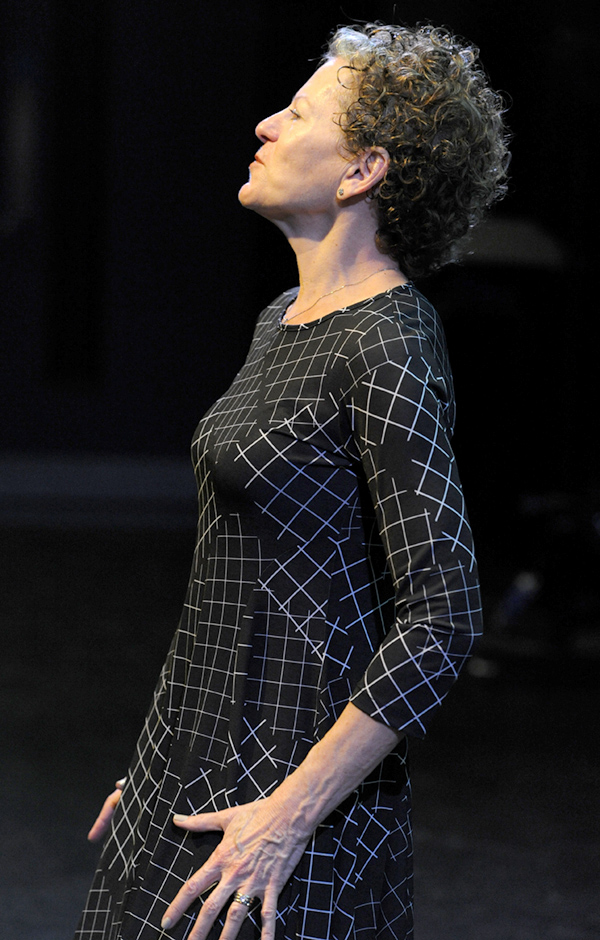 Dr. Susan Koff is currently clinical professor of Dance Education and most recently was director of the Dance Education program at NYU Steinhardt. She was formerly the director of the graduate Dance and Dance Education program at Teachers College, Columbia University. Dr. Koff served as a founding board member for the National Dance Education Organization, and was a content area coordinator for the NDEO Research in Dance Education Project, funded through the US Department of Education. She has more than 15 journal publications and has presented at numerous national and international conferences. As a member of the Interdisciplinary Committee of the National Arts Education Consortium, she co-wrote an interdisciplinary arts standards guide. In addition, she has led many in-service professional development projects for the implementation of arts standards in New York and New Jersey, as well as dance curriculum development projects in those states. She was a consultant for the education department of the New York City Ballet, helping to design and evaluate several integrated school-based programs. Currently, she serves as a consultant for the New Orleans Ballet Association to evaluate the integrated school-based curriculum.

One Response to “Promoting the Right to Dance”