An Interview with Raissa Simpson

Raissa Simpson is a San Francisco based choreographer and the artistic director of PUSH Dance Company, which uses contemporary dance to vivify the stories of individuals from unique and overlooked communities. Raissa shares the challenges she faces as an African American mixed ancestry choreographer in the gentrifying cityscape of San Francisco, her perspective on choreography as an act of resistance and, as a new mother, how Afrofuturism has taken on new significance for her.

All photos by Robbie Sweeny from Raissa Simpson’s Codelining. 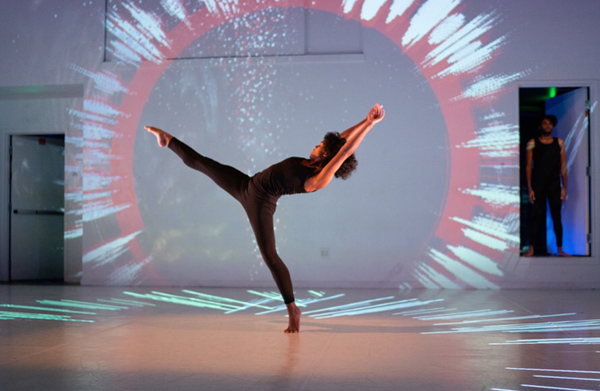 Can you tell me a little of your own history and how you came to see yourself as a choreographer?

My history as a choreographer evolved by working with those voices that are unheard or rarely seen in the public light. In return, I take these personal stories and histories to create themes, gestures and movement. Choreographing is an act of resistance. I think I cultivate resistance first and then make a dance. Perhaps because I enjoy being quiet and reserved in my personal life, I consider myself a dialogist during my process; it’s important for me to dialogue with my cast. I remember my first neighborhood process at 3rd St. Youth Center & Clinic. This was around 2008, only about three years after PUSH was formed, and I was working with a very opinionated group of youth ages 12-24 from Bayview Hunters Point. They added their thoughts and input into how the dance should be shaped. After presenting the theme, I found it evolved as each pupil gave their own input into the process. This sense of agency continues to be a qualifier for the dancers in my company — to influence the outcome of the work — through discussions and movement.

How would you describe your work to someone unfamiliar with it?

As someone of African American mixed ancestry, I am rooted in the experiences of mixed and multiracial heritage. Ergo, I seek out performers and communities of color who have been historically overlooked and underserved within the broader context of racial identity. Through PUSH, I explore the world through my own experience and then invite performers or people in the surrounding community to share in creating the work. Through this neighborhood art process, I create original choreographic works and a space for multidisciplinary projects rooted in how identity oftentimes forms across different communities and cultures.

Someone unfamiliar with my work would see multi-racial/ethnic bodies sharing the space. They would see joy because I laugh all the time, even in the most inappropriate situations. There would possibly be some sort of collaboration going on with music, media, etc. The movement may be derived from contemporary forms or even pop culture. In the end, whoever is in the room, as I like to say, influences the ultimate outcome of how the dance looks. It sure doesn’t feel like “work,” but instead a ritual taking place with a ceremonial evolution of dance in the end. 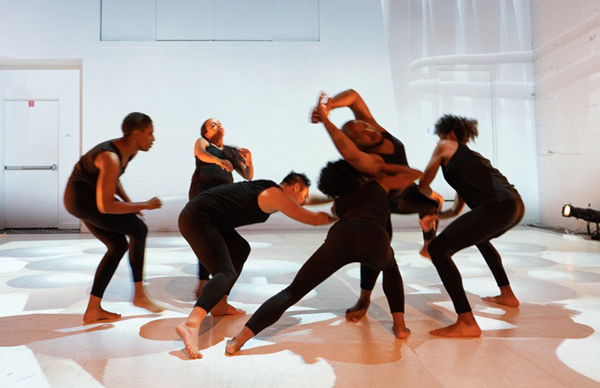 Depending on who I’m working with or what theme comes to mind, the work can look like any number of things. However, I would describe what I do as a research-to-performance process. By researching the theme of the work, I can bring in materials for rehearsal meant to directly affect the multidisciplinary elements that will play out in the dance. One work called Point Shipyard Project took me two years to research before I landed on what I’d choreograph in the studio. Because I felt like I needed to know more about the toxic cleanup at the Hunters Point Naval Shipyard, I took a couple of bus tours on the site and had conversations with members of the EPA, and eventually worked with residents in the area to create spoken word and music composition.

Lately, I’ve been diving into scenography because although I have the bigger picture in my mind of what the work will look like, the performers do not. Bringing in images, set design and new technology (i.e. drones, wearable sensors, etc.) all help everyone capture the possibilities of what we’ll come up with in the end. This process tends to start by dialoguing with the dancers where I bring up the theme of the piece and they add to its creation. We discuss what tension remains between resistance and human potential.

Looking at your choreographic history, are there certain themes or issues you feel are particularly important to you to keep tackling and addressing?

Looking back at my history, I was making works about social topics with modern dance before it was cool. What I mean by social topics are current affairs and even politics. I practiced speaking to people in San Francisco about their lives and changes in their neighborhoods. All these events were uniquely essential in forming my worldview on Black Dance. I learned about traditions from various Africanist principles, its spiritual connection to dance as a translation of language, and how migration — forced or otherwise — is a form of survival. Being Black in San Francisco is sometimes like living in a dystopian society. There’s a lot of anti-blackness in a city that champions itself on being progressive. My history as a San Francisco choreographer involves watching my community diminish and a grieving process that comes with it. I’m a part of Hope Mohr’s Dancing Around Race, which is headed by Gerald Casel. In this group, we work together to address racial equity.  I’m reminded that Black and Brown bodies are in crisis in San Francisco. I hope not to lose one more dancer, friend or neighbor to gentrification, but I might lose myself in the process. Issues I tackle are from the heart more than the mind, and the possibilities are endless. 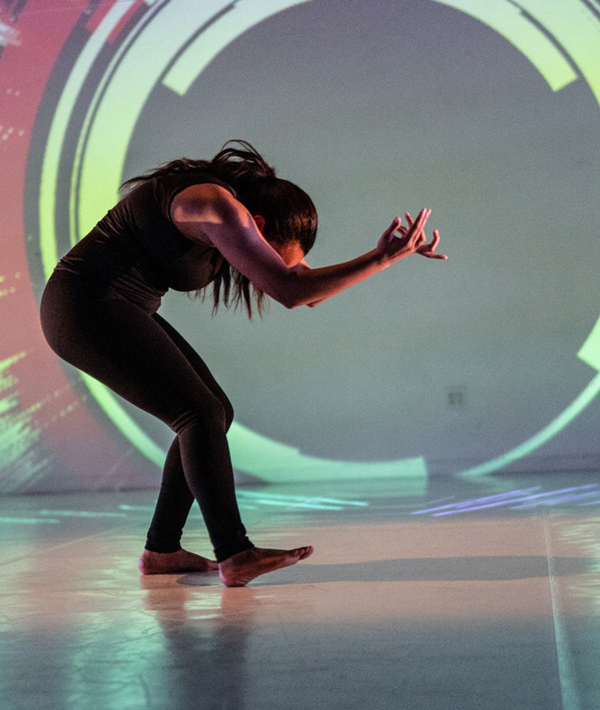 You just had a baby! Do you have a sense of how being a new mother is going to affect your work process?

To talk more about survival, being a Black mother in San Francisco means having a really good network of family and friends who will help you through the medical field and a lot of interpersonal obstacles. San Francisco has the highest infant and maternal mortality rate for Black women when compared to national statistics. In fact, after leaving the hospital, I had to be readmitted for health complications. Perhaps these health issues should’ve been taken care of before I was released? I don’t know. But I really wonder what would’ve happened if I wasn’t my own greatest advocate. One particular theme I’m exploring is Afrofuturism. While working with a group of Black mothers, I found it was almost impossible for us to plan or conceive of a future. We were so consumed with living in the present, we operated in a survivalist mode. Each decision we made in that moment had dire consequences, even if it was a five-second decision. It seems various marginalized groups feel excluded from cultural imaginaries. Our ability to dream and envision our future is our ability to survive.

In your experience, are platforms for and representation of African American dance artists improving over time?

I’m here because I stand on the shoulders of those Black choreographers who paved the way for me. There’s a great sense of responsibility, I realize, to continue creating spaces and platforms for African Americans dance artists. There’s a lot more work to do. After a show in Chicago, I went out to eat with a few of my company members. We had just wrapped up performances of Whispering Tenderness with music by jazz musician Idris Ackamoor. They expressed how the Chicago audience members came up to them and personally thanked them for their performance. They were puzzled as to why this phenomenon was taking place and why these audience members felt so inspired to thank them and shake their hands. Representation is real. I reminded my dancers how a lot of people don’t usually see People of Color touring companies unless it’s a major group like Alvin Ailey American Dance Theater. Perhaps someone else can’t relate to the importance of seeing someone who looks like them on stage, but for minorities, it’s an act of resistance. What we continue to work on as People of Color and as Black choreographers is how we’re represented on the professional stage. If I can create a platform, no matter how small or how much time it takes, it’s worth the effort. 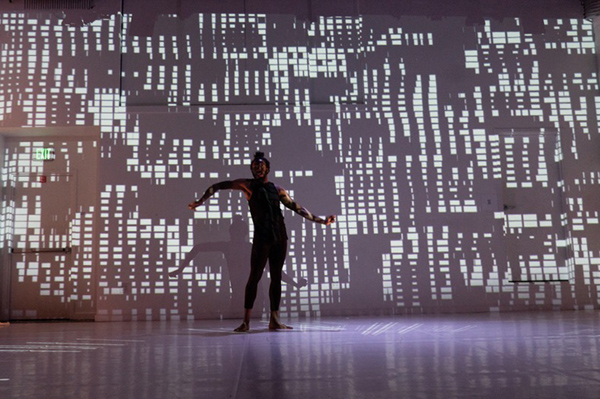 Raissa Simpson is an interdisciplinary artist best known for her choreography and social activism in San Francisco. She founded PUSH Dance Company to instill her deep interest in little known or untold stories seen in the public eye. Raissa has presented her works in over 50 venues across the United States. Recent highlights include Dance St. Louis’ Spring to Dance, Links Hall in Chicago, Ferst Center for the Arts at Georgia Tech, Joyce SoHo/NYC, Washington Ensemble Theater, Evolve Dance Festival/New York, Los Angeles Theater Center, and the Black Choreographers Festival in San Francisco. Her company will tour to Launchpad and the Aspen Fringe Festival in Colorado in 2019. PUSH also presents the annual PUSHfest for emerging and mid-career choreographers.

One Response to “Choreographing Resistance”