An Interview with Gregory Bartning

Gregory Bartning is a photographer who splits his time between Portland, OR and San Francisco, CA. Alongside his commercial and art projects, he also collaborated with me on the book, Beauty is Experience: Dancing 50 and Beyond. I was lucky to work with him, as his stunning photographs perfectly capture each dancer and honor their inherent beauty, grace and wisdom. Here, Gregory discusses his passion for photographing movement and form, and how his goal is to create resonance. His new website showcases the breadth and depth of his work: www.gregorybartning.com. 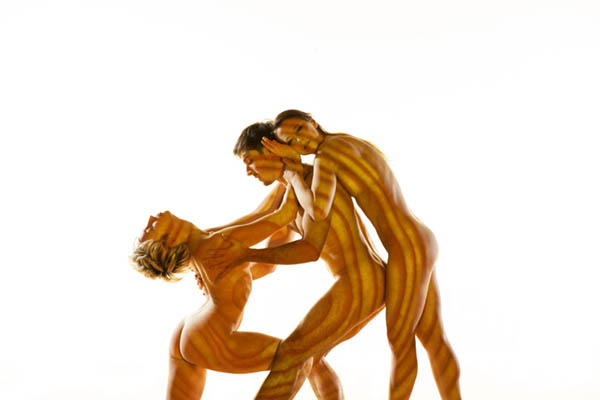 My senior year of college, I took a semester abroad and went to Paris. I just loved the city so much, I tried to take a photography class at the university but was rejected on the grounds that photography was too technical a language for Americans to understand. I was a little frustrated, so when I came home I sought out a class at the local junior college. In my first photo class, I saw a print come up in the chemicals and fell in love with the magical process. What I realized was, even back then with my first photos, there’s something about form that rivets me.

Initially, my interest was in psychological portraiture. If you took away all barriers, you could really look into someone. My interest morphed from there. I’ve always loved statues, like Rodin and the Roman sculptures. After taking photos of some people who were quite athletic, I realized they really were living sculptures. That naturally flowed from my love of stripping shields and boundaries. I loved showing how people are formed by what they do. If you’re a dancer, your body is formed one way; if you’re an aerialist, it’s formed another; if you’re a weightlifter, it’s formed yet another way. We’re sculpted by our activities.

Every once in a while, I’d be shooting someone wearing a costume, and the costume might make them look stocky. And then, without the costume, they’d come across as more powerful, strong and beautiful. Male or female, they were transformed. 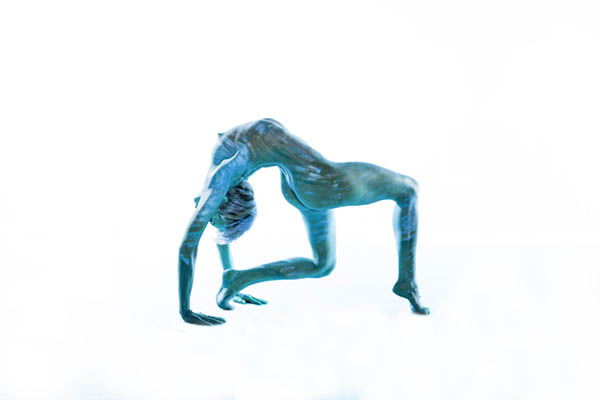 Photography has changed so much in the past couple decades… has digitalization affected your process and, if so, how?

It has a lot. In the film days, I’d have to pre-visualize the photograph and figure out what exactly I needed to do in the dark room: How am I going to process and develop the photograph? There wasn’t much room for mistakes and the process was unforgiving if you wanted a clean print with good tonal ranges. With digital, there’s an immediate feedback, so I can quickly make changes in the now. It lets me be faster and better at what I do. I look at some of my original prints from 20 years ago and, in many ways, I don’t think I’m necessarily doing better work; I’m just doing it differently by using the strengths of the tools I have now.

Are there certain projects or series you are particularly proud of?

Gosh, all of them have their own poetry. Right now, I’m working on the projection series. I’m working primarily with dancers and contortionists, and I’m projecting everything from Hubble Telescope images to printed words on the models and using their bodies as a canvas. The image is projected during the photoshoot itself, not in post. I’m reinventing the image on the models; as the image wraps its way around the body, it changes, and as the body moves, the image further changes. I’m finding that it’s very exciting. With the projected words, for instance, the complete image tells a story. It’s funny how powerful just one word can be when it’s projected onto the body. 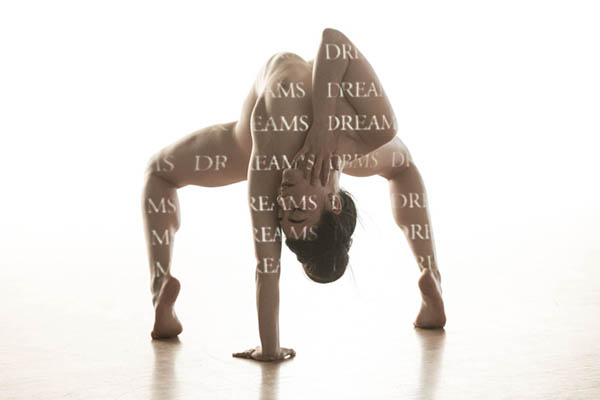 The aerialist and circus series are such a joy. Those people are unreal. I’ve been so blessed to work with them. As you know as a dancer and as someone who interviews people, it’s extraordinary to walk into a space and get to meet different people on different levels. I feel the same way with each of my projects; I’m so lucky I get to work with different people and see what they do. They’re letting me into their world and showing me their strengths. There’s a timeless beauty to so many of my images and it’s because of the incredible people in them.

Of course, then there’s our project! What was really neat and challenging about that project was I walked into each of those photoshoots not knowing what someone was going to do, what they were capable of doing, or how much time we’d have together. It was such a pleasure meeting such intelligent and passionate humans and, as a fellow creative, seeing how they were living for what they did. Getting to capture a little piece of that was really special. Having sat in on every interview, I tried to capture a little of what each person said. Although it was also very challenging, it came out better than I could have imagined because of the people – they were so giving of their time and energy.

I feel that way with all my artwork – that people keep being gracious with their time and energy, and I keep getting lucky. 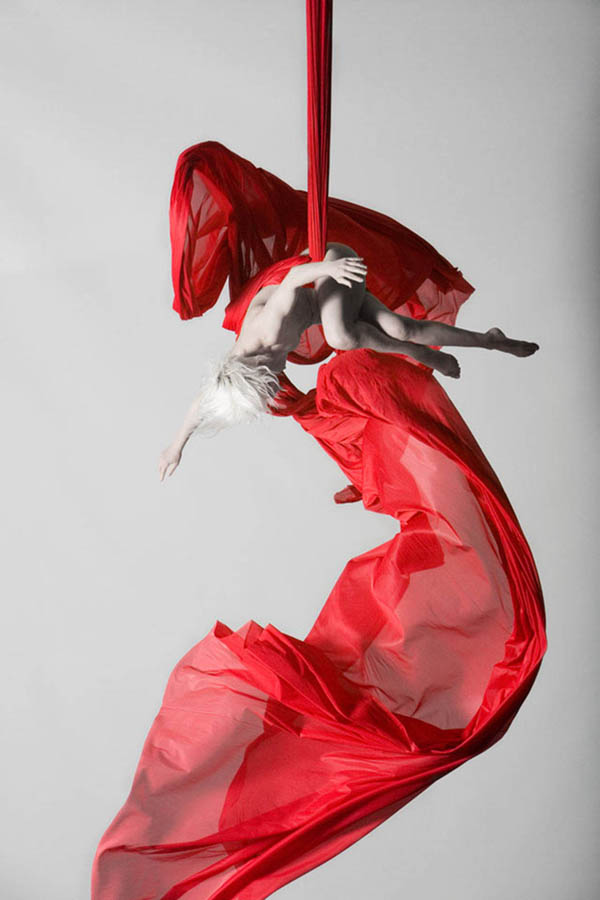 When you go into a photoshoot, are you trying to capture some semblance of reality, or are you creating an entirely new reality?

It really depends on what the project is. In the projection series, for example, I’m working with what the model does, but I’m trying to play with different elements to take the image in a different direction than they might have thought of. With dancers or circus performers, as they get close to the perfect photographic moment, they’re already preparing for the next movement. They’re already moving past the zenith point. As a photographer, I only care about the zenith point. Sometimes dancers or circus performers are surprised by what a workout a photoshoot is, because I try to push them only toward that zenith. I start by seeing what they can do, and then I try to get the best of what they can do out of them.

What makes a successful photograph?

It speaks to me. I look at it and I feel something. If an image succeeds, it can change things – for good or for bad. Photographs have urged on wars, for example. With some of my psychological portraits, a few people have said they didn’t like them because it disturbed them. For me, that’s success, because it means it resonated. With the aerialist images, I’m going for celebrating beauty and power. With the Dancing Over 50 Project, I wanted readers to feel each dancer through their pictures. Different photographs resonate on different levels, but that resonance is success. 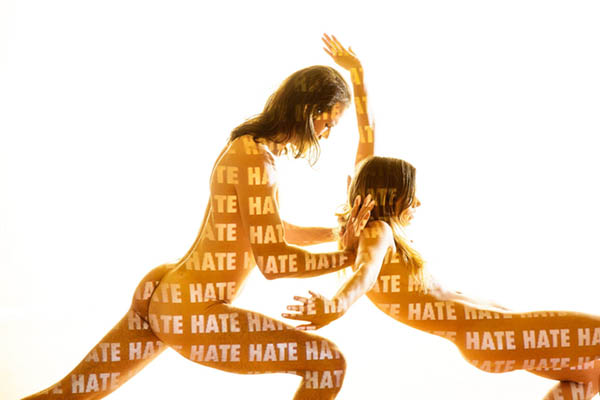 What’s your next project or focus?

I’m finally taking the time to build an online presence. I’ve had a lot of people request to purchase photographs recently, so I’m getting into some online galleries. My images need homes. They look so good hanging on a wall. I’m very bad about selling my work, and my lovely wife has told me over and over again that I need to make it easier for people to buy my photos. My next phase is making my images more accessible. The goal is to finally get all this creative stuff out into the world.

I’m still working on the aerialist series, on the projection series, on the series of dancers outdoors, etc. Someone always comes along and takes me in a new direction collaboratively. In that way, my work is very much still living and growing. 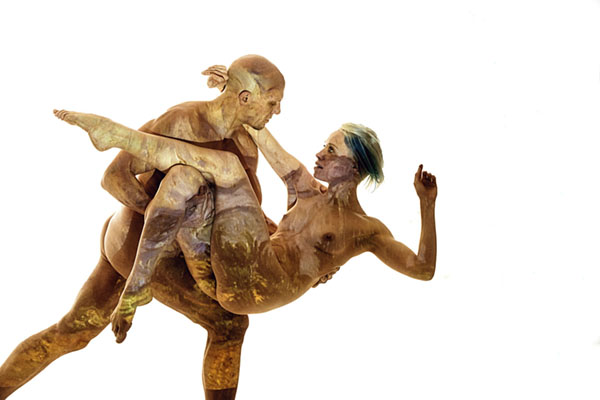