Don embodied the dance teacher archetype. He arrived early and prepared; he had given thought to what he wanted to say; he bestowed what he had to say with a measure of surety and kindness. He made me want to dance for him. But no, it was the other way around. Just as so many students have placed their passion in his care, so he placed his passion in my care to document and share. 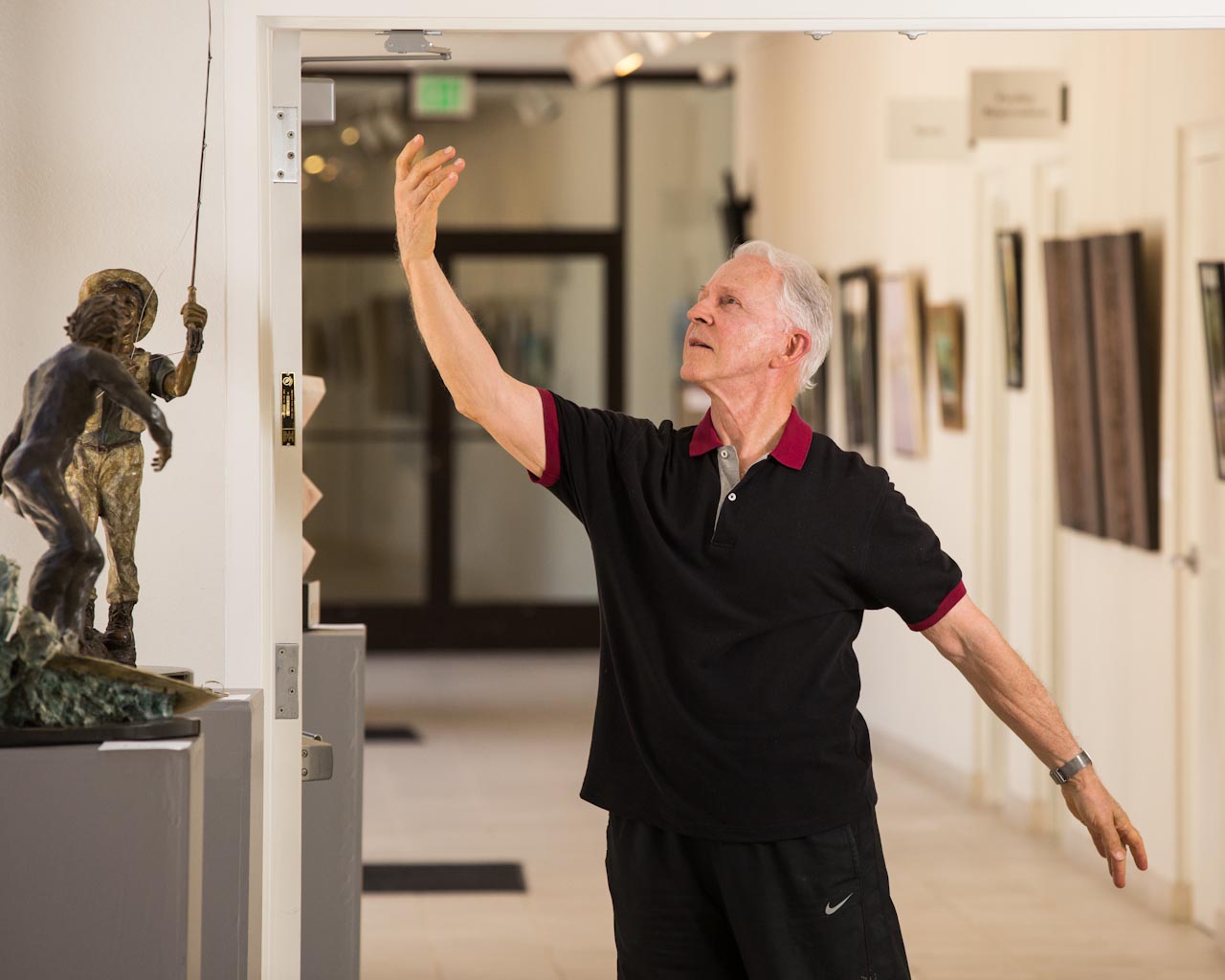 When did you begin dancing and what have been some highlights along the journey?

I grew up in Portland, studying theater and piano when I was young. I loved music. When I was 15, a girl I walked home from school with was going to the dance studio one day, so I went with her. The teacher coaxed me into partnering, since they needed boys. It was very difficult, but when I saw the ballet they did to the music I loved, I was very moved and began taking more classes.

The studio closed, and though there were other studios, I felt my teacher was quite enlightened. So after one year at Portland State University, two girls and I got in an old Lincoln Continental and drove to Toronto, Canada. We were going to make a new life. Canada’s National Ballet School was opening. Betty Oliphant, the founder of the school, had an old Victorian home and let us stay in the garret. We were fairly poor, so I cleaned the St. Lawrence Hall, which the National Ballet School later inherited and remodeled. I earned a scholarship for the summer, and naturally when the summer was over we all wanted to be in the company, but I was not good enough yet.

Friends got me a job at the Canadian Broadcast Corporation television network outfitting props on the sets. I rented a little house between the ballet studio and the TV studio. I went to work at 6 a.m. so I could go to my ballet classes later. Suddenly I had a decent paycheck and could afford to continue studying.

Eventually I got a contract with the National Ballet, which said “This artist agrees to work for $45 a week.” I remember the wording. It was much less than I was making in television. Then I met someone who was working on The Denny Vaughan Show on CBC television, which was similar to the American Hit Parade. I eventually became one of three featured dancers. We did these wonderful numbers choreographed by Joey Harris, who would eventually become my partner. I did that for three years, and with my salary I continued my dance studies with the best teacher I could find. I studied with Margaret Saul, who was Ms. Oliphant’s teacher from England.

Then I moved to Montreal, where I was on another television series called Music Hall. It was very high-class. Then Joey got a job offer in California choreographing for a new show, but there was some horrible scandal and the show got cancelled. By that time, we had already moved, and were stuck in Los Angeles with no work.

In Santa Monica, a lady was closing her studio, so we took it over. After eight or nine years, I began to teach at colleges as well. My days were crazy. I was teaching at UC Riverside in the morning, then I’d drive to Loyola Marymount, and then I’d drive to UCLA. I also taught at Cal State Long Beach for several years, and continued to teach in Santa Monica throughout. I became head of the dance department of the High School for the Arts, which was on the campus of Cal State LA.

Eventually, I took over a festival called Dance Kaleidoscope. It had gone on for about seven years and was put on by the Dance Alliance. When the organizer retired, the festival stopped. I was able to revive the festival, and we expanded it to five nights in three different theaters. I did that for 13 years before I retired. 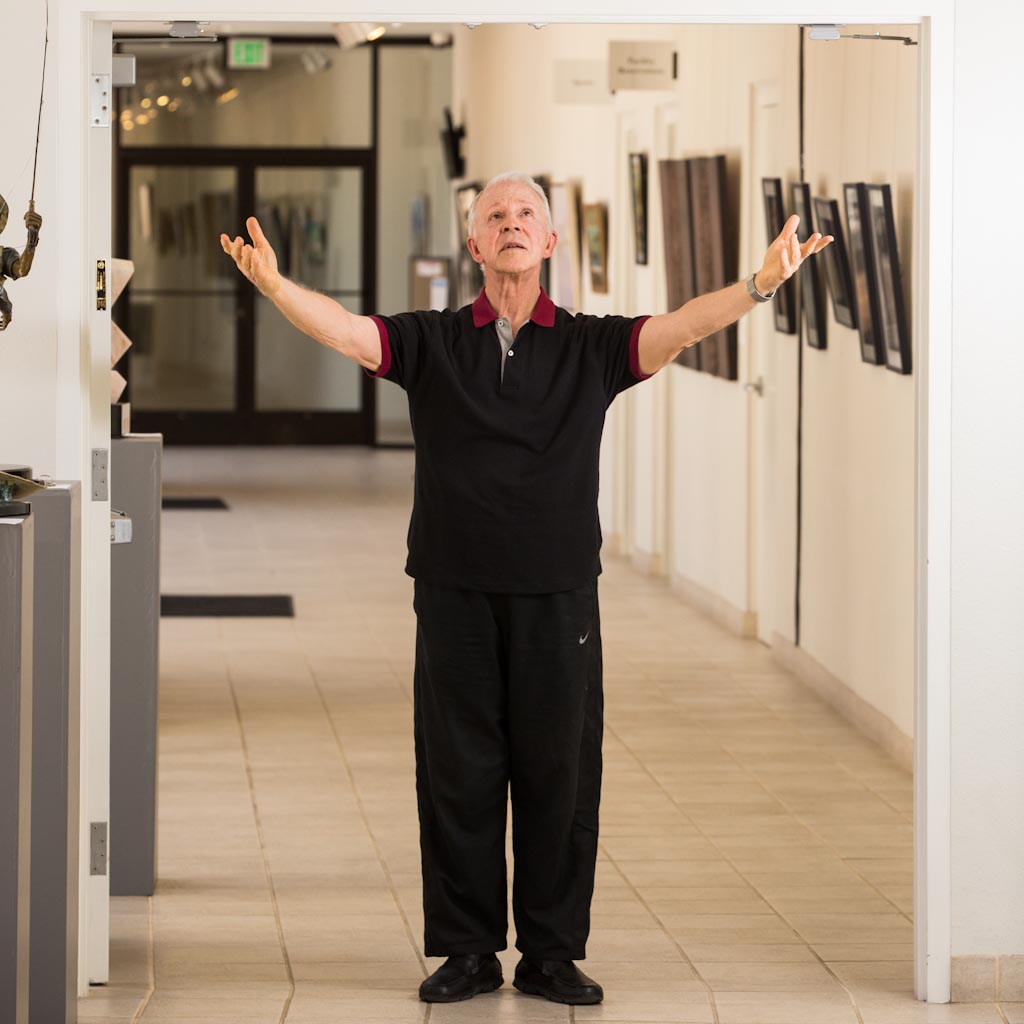 I have a short routine I do every day, and I go for walks. I’m looking forward to a hip replacement; I can’t do as much right now.

I had an accident in my 50s where I had my leg on the barre and the damn barre came off the wall. I fell over, and bone fragments went into my spinal cord. I got an operation a day later, and was told I’d be lucky to walk again. I was unable to get up for a long time, and finally I got to the point where I could crawl and do simple Pilates. Then I started pool therapy and they put me on these mats to regenerate the nerves. I eventually got so I could walk. The doctor said it was a miracle, but it was probably because of dance.

I don’t think it’s changed. The motivation is in the music, and I was always inspired by my feelings for the beauty in nature. Some way of conveying the mystery of life pushed me toward music and dance. The energy and dedication I’ve had my whole life falls back on that spiritual inspiration.

I think I’ve had success and luck. You attract what you radiate, and though I’ve put out some bad radiation from time to time, more or less I think I’ve been successful and lucky with timing in life.

I think I’ve influenced people’s lives and opened their eyes to what dance can be. I try to be insightful and supportive. I think I have been influential in producing good teachers and dancers by passing on the method, manner and hopefully the inspiration.

Is there a point at which you’ll be done dancing?

Right now I can’t move much because of my hip. But I expect that to be fixed and to go back to actively demonstrating.

Just like Diaghilev took Nijinsky to museums and galleries, I think it is important to experience as much art as you can. Whatever an artist thought, that essence is passed along to you, if you are open to it. This passing of knowledge and recognition makes you more energetic and sophisticated in your life and work. 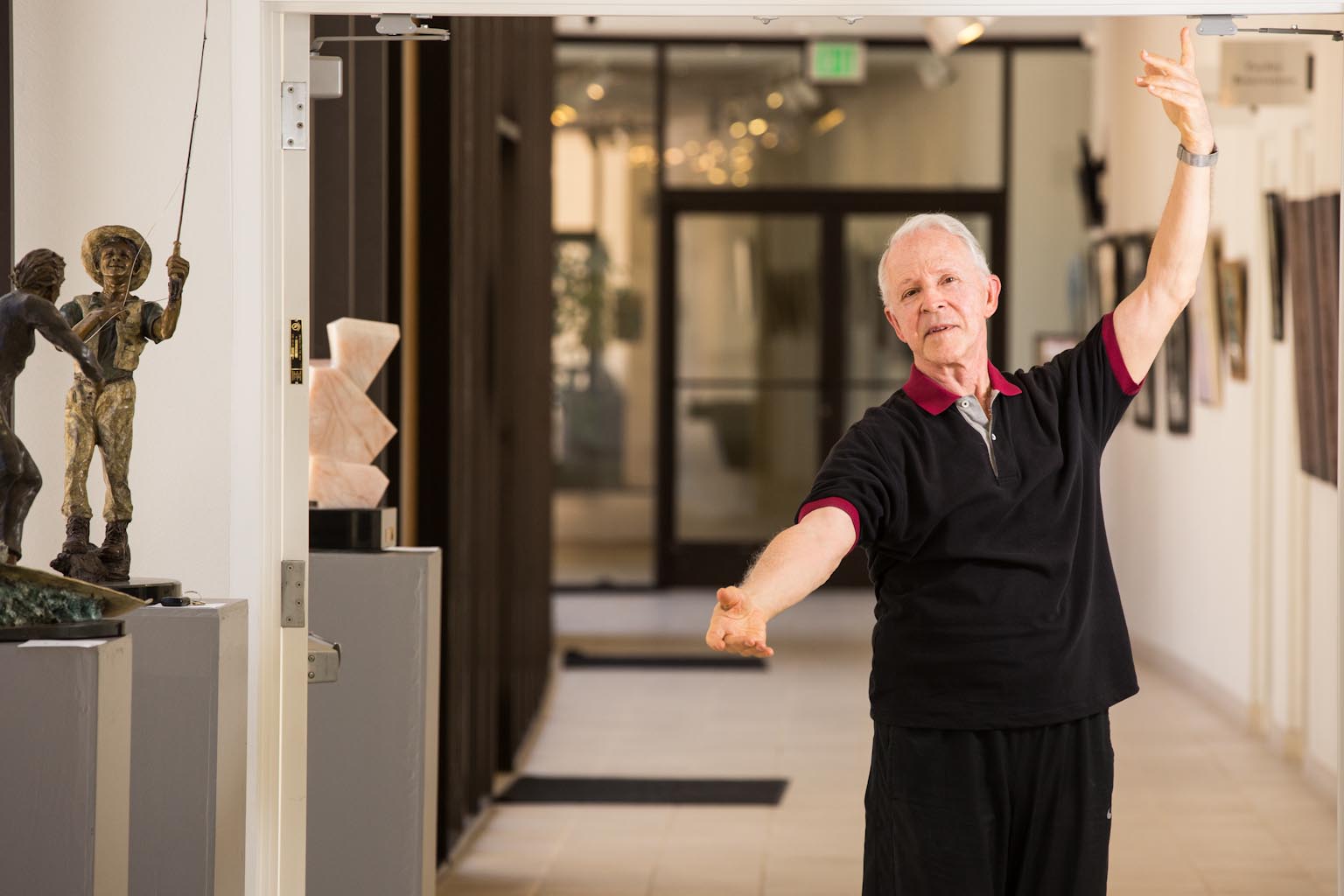 Don Hewitt was born Portland, Oregon. He performed with the National Ballet of Canada, the Montreal Theatre Ballet Company, and was a featured dancer in television musical series and stage musicals. Don is well-known as a teacher and coach, and has taught in most of the major universities around Los Angeles. In 1985, he was selected to be the principal ballet teacher at the Los Angeles County High School for the Arts, where he additionally served as chair. In 1989, he revived the Dance Kaleidoscope Festival and guided it for 13 years.

5 Responses to “Appreciating the Passing: An Interview with Don Hewitt”