An Interview with Katy Pyle

Katy Pyle is the founder, director and choreographer of Ballez, a dance company in New York City that celebrates lesbian, queer and transgender communities and histories through ballet classes, as well as by reimagining classical ballets through an LGBTQ lens. Katy discusses her revolutionary approach to ballet and why it is necessary to reconfigure the dance form to include better representation. 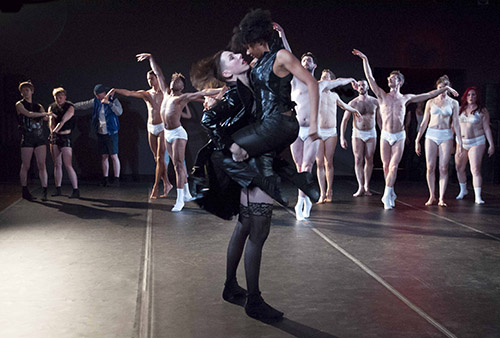 What was the impetus for Ballez?

I think it came out of my very real heartbreak I experienced in my teens when I realized there was a limited way in which I could be involved in ballet. Only a tiny fraction of who I am was allowed to be expressed inside that form.

Before starting Ballez, most of the work I was doing in New York was postmodern. I had abandoned ballet completely. Since my freshman year of college, I refused to take ballet class because I didn’t think I could continue to grow as a dancer and take ballet at the same time.

In 2010, I went to a performance with a group of friends who were all female assigned, mostly gender non-conforming queers. It was a performance in which we watched other dancers we knew doing postmodern experimental work comprised of very slow subtle articulations. While it was very beautiful, it was also kind of boring. We were reminiscing about how we used to take ballet class and fly across the floor, turning and jumping. But we had all rejected ballet because of its binary views on gender and outdated perspectives on body type, as well as being rife with racism and colonialism.

We remembered that there was also something very fun about ballet, not only the physical steps in class, but wearing costumes and portraying characters. We missed the spectacle of ballet; what we were performing was very minimalistic and far from spectacle.

I love puns, and I said the word, “Ballez,” because most of us had at some point identified as lesbians, and many of us still did. The word came out, and I realized I wanted to dig back into the parts of myself that had been left behind. I wondered: What would ballet look like if it included me and my friends? I applied for a residency at Brooklyn Arts Exchange in 2011 and started working on ideas. It took off from there. Classes have always been a part of Ballez, because I wanted to reimagine what a ballet class could be. 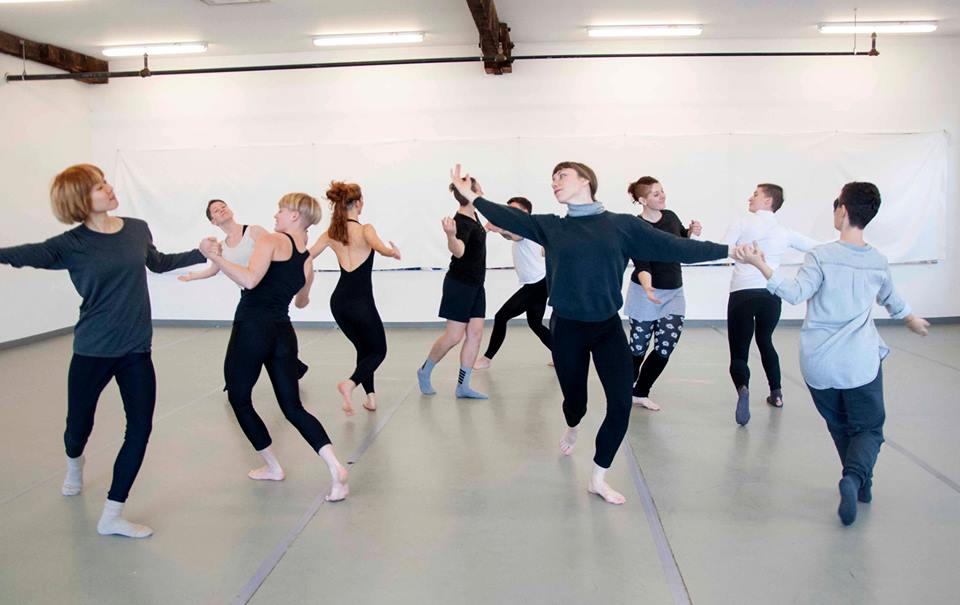 First, we don’t have mirrors, but we use the idea of mirroring each other in a consciously positive way. When I’m teaching class, I ask people to mirror and reflect what they appreciate about other dancers in the room. It’s also about honoring people as they want to be seen. We really see and witness each other. So much of my experience of ballet was competitive and solo endeavored.

We take barre in a circle so we can see each other. I also like that we don’t just see each other from the front or side, but from several different angles. It’s more communal. A lot of ballet movements are taken from cultural dances that are about socializing and celebration. Many of those movements have been distilled into a representational form, but I want to go back to a more social view of ballet in which we’re all in this together and everyone has something to bring to the circle.

We mostly use queer contemporary pop music from the past 30 years – Tracy Chapman, George Michael, Melissa Etheridge – that you might listen to in a bar or club. This is another way I’m bringing ballet toward a social dance form. Sometimes I do have a pianist, but he’ll riff on current hits, like Drake, instead of playing classical music. It’s really important to me that we don’t get caught in some kind of idea of how class is supposed to be that’s disconnected from how we live in the world.

What is your choreographic process reimagining classical ballets for Ballez?

Sleeping Beauty & The Beast started with the ballet Sleeping Beauty. I knew I wanted to play with the 100 years of sleep in the story, so I set the first act in 1893, right after the premiere of the original ballet, and then everyone would wake up in 1993. Lesbians started really appearing in the media in 1993 but, as I talked to people, I also realized 1993 was a time of horror, particularly for gay men and their lesbian friends who were caretakers in the devastation of the AIDS pandemic. I shifted my original focus to include this narrative. 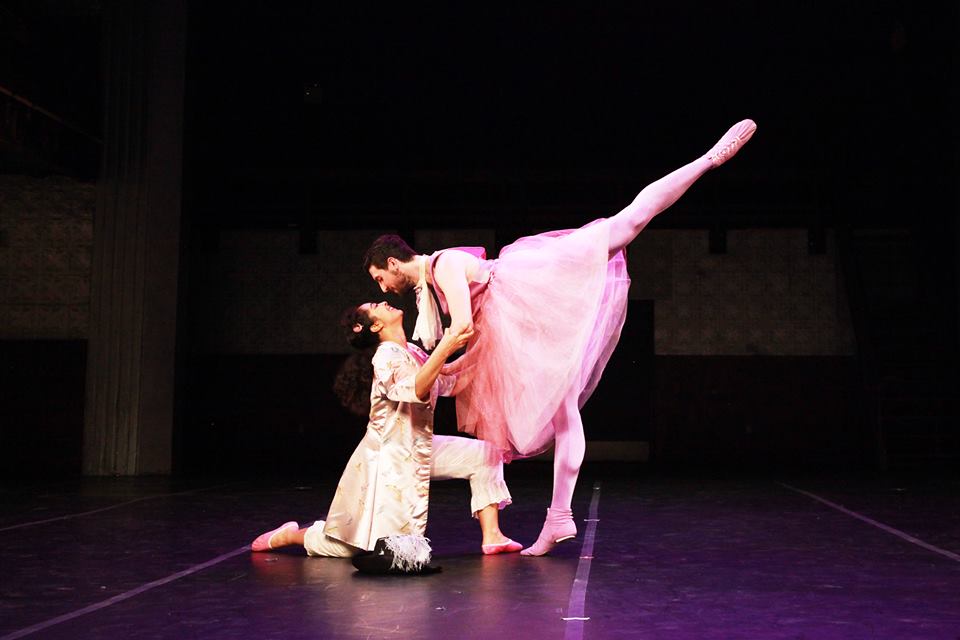 Every person in Ballez brings the truth of their presence to the stage. I let performers mirror their identities in real life. I don’t think we witness enough gender non-conforming roles on stage that are in alignment with the actual identities people have in real life. I’m interested in seeing queer dancers play queer characters. Queer people have been invisible for much of history. I believe in letting people have the dignity of representing their identity and truth onstage.

I had so many male friends in ballet growing up who were told to be more masculine. At the same time, I’m a natural prince. I’m very butch in ballet; I can jump higher than anyone else, and I have a very commanding way that I like to move. I was told by one of my teachers at North Carolina School of the Arts that I looked like a Mack truck when I danced across the floor. It was intended as an insult. I want to spread the message that we shouldn’t be punished for what we’re not; we should be celebrated for who we are.

What kinds of feedback have you received?

Ballez shows have all been sold-out with waiting lists. They’ve been exceptionally well attended, especially for the downtown NY scene. However, I’ve had a difficult time getting support from institutions and presenters. While most of our audiences are LGBTQ and friends and family, the feedback I’ve gotten from straight people is that they are into it, and appreciate the opening of possibilities for their own expression that this work creates. Critically, the work has often been poorly received. That’s been really confusing and challenging, because the experience being in the audience is very joyful and celebratory, but the things being written about us focus on how we’re fucking up ballet! There are definitely people who are supportive and want it to live, but it’s hard.

I just keep thinking about how I’m one small person in hundreds of years of silencing. But there have always been rabble rousers and troublemakers, and that’s how I identify as well.

In an ideal world, would does the future of ballet look like?

Ballet needs to change. It needs to be open to different ways of doing things, and not see differences as failures. I think my work is seen as a failure by people who are attached to a certain classical version of ballet. The ballet world believes in a set of standards that maintain power in the hands of the few who maintain those standards. I am hopeful that the culture can expand to be more relevant to contemporary society and evolving values.

There are plenty of straight people who come to Ballez class now, or who value and appreciate the work we do, perhaps because our narratives feel truer. A straight woman supports her male partner in life, whether physically, emotionally or spiritually, but you’ll never see that really represented in a classical ballet pas de deux. Those classical narratives don’t describe how we’re living in the world. We’re more complicated in our genders than what is being represented. Opening what is possible and allowing dancers to embrace all their gifts is what I hope for. And maybe, in the future, it won’t be such a big deal to have this conversation. 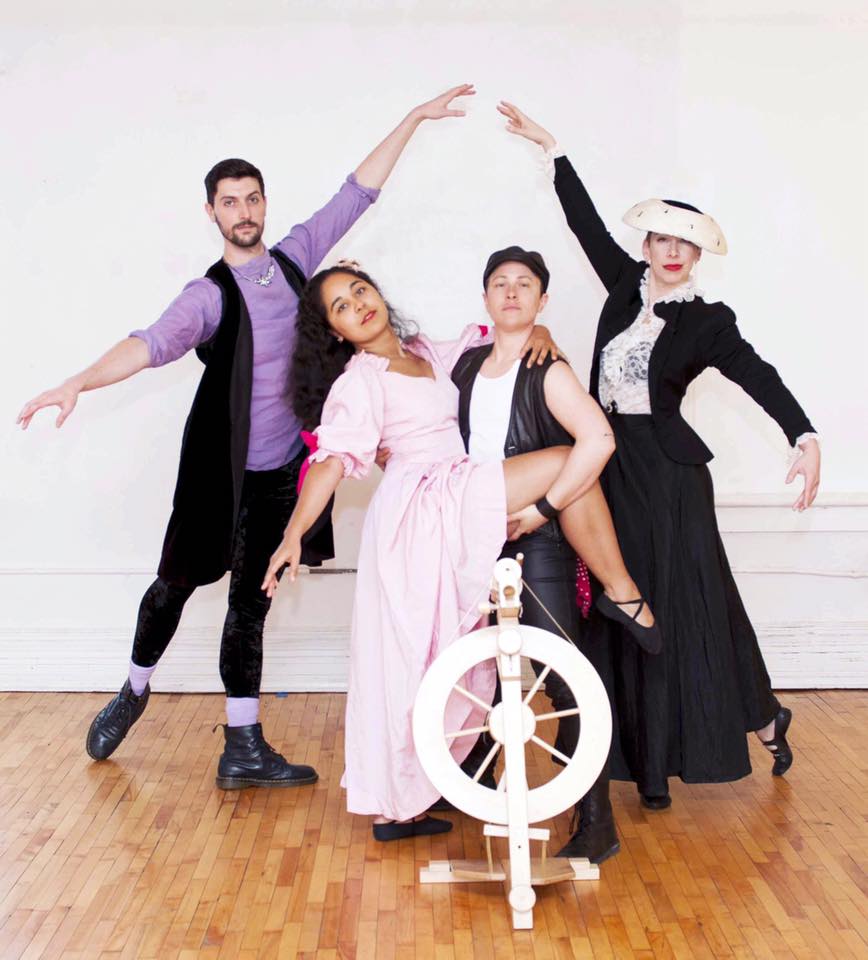