Nancy was like a road. She was long and far-sighted, and had passed through many terrains.

It was not only her story that was configured like a road, but her movement as well. “Let’s see,” she said to herself before she began to dance. And then she commenced, as seamlessly as if there was never any question where she was heading. 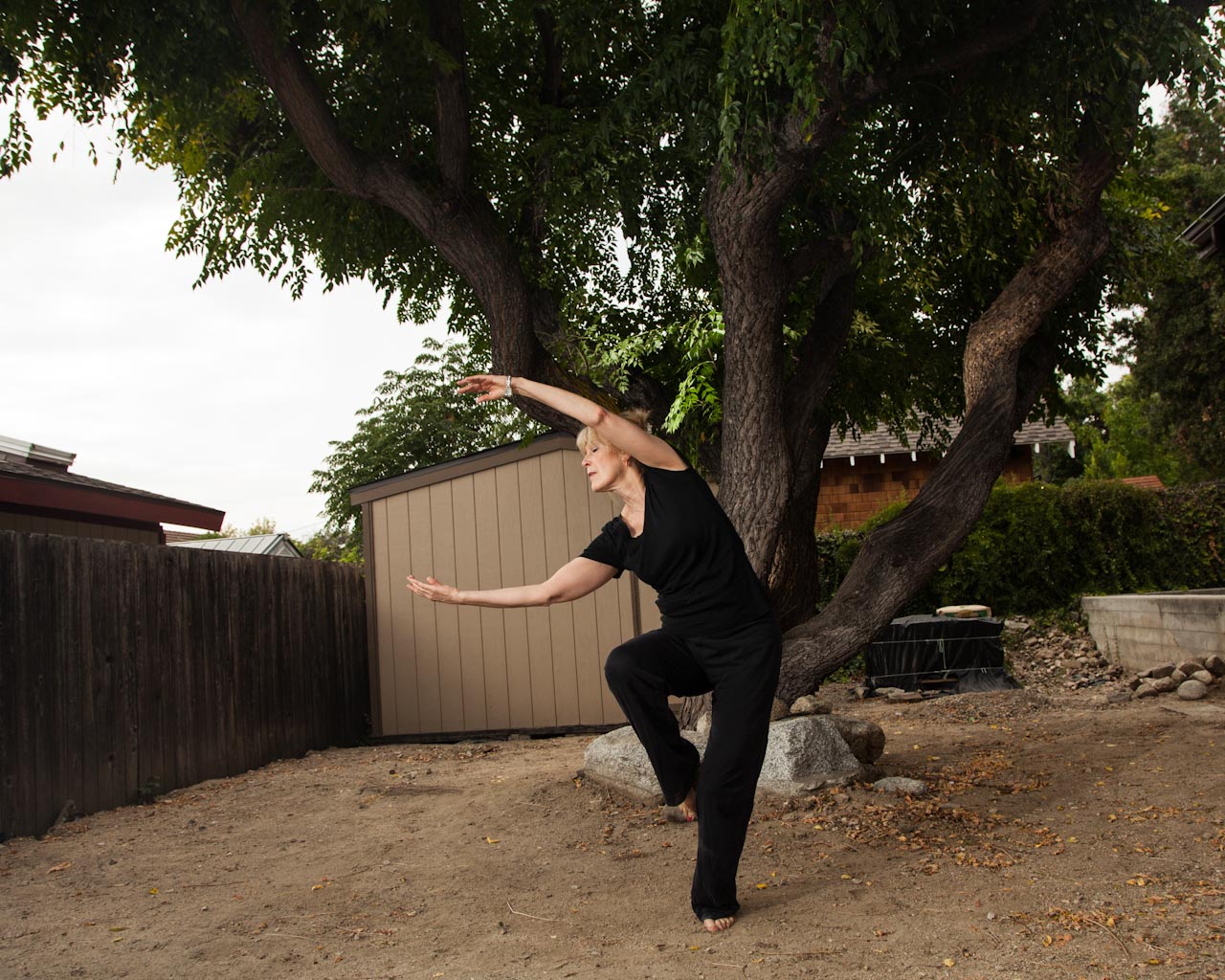 I started dancing when I was quite young. In fact, I had some foot issues and the podiatrist recommended I take ballet classes. It was great because I was able to get out of my restrictive saddle Oxford shoes and put on ballet slippers. I took ballet classes regularly until I was about 13, and then my family moved.

I was a theater major in college. One night, I went to a dance concert where I saw modern dance for the first time. I didn’t understand it, so I decided to take some classes and find out more. I got hooked. I graduated with a theater degree, but dance became very important to me.

After college, I pursued theater full-force. I went to Chicago and was one of the original members of Steppenwolf Theatre Company.

I went to see a dance concert a friend of mine was in, and the piece was by Hanya Holm. I was blown away. On the back of the program it announced a Hanya Holm summer intensive at Colorado College. I decided I had to go. I took a leave of absence from Steppenwolf, packed my car and drove to Colorado Springs. I studied with Hanya for eight weeks. Hanya was Mary Wigman’s protégée. She brought Mary’s school of dance to the United States in the 1920s.

After studying with Hanya, it was suggested I go to Minneapolis and work with Nancy Hauser. Nancy was a protégée of Hanya. I ended up working with Nancy for seven years. 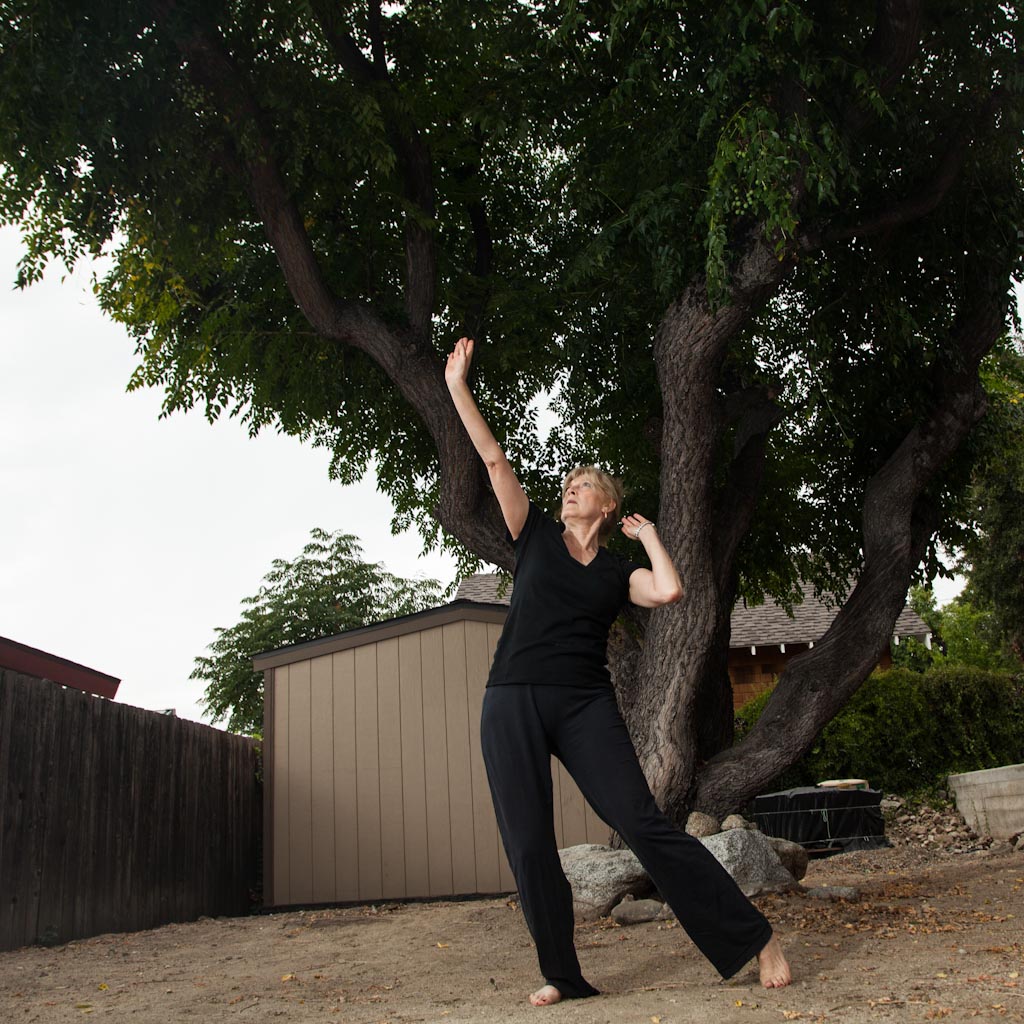 After I met my husband, we moved to California. My kids got into dance and started studying at a studio. I didn’t even tell them I had been a professional dancer until they got really involved. They kind of brought me back into it. I started teaching at the studio, and in the summers I taught composition classes. Soon I started choreographing again. I taught in both the dance and theater departments at the Los Angeles High School for the Arts.

And then my nest emptied. My son went to Europe to dance at the Hamburg Ballet School, and my daughter went to Milwaukee Ballet II. I suppose I needed to nurture something, so I started a company. In 2010, we had our first performance season, and we’ve been going strong ever since. My daughter is now back, and she dances with the company and serves as the associate artistic director.

I’m in the studio every day. I work with my company twice a week, and I teach the other days, either at a studio in Pasadena or at the high school.

They’re the same but different, if that makes sense. I came to dance because I was completely moved by what I saw Hanya do choreographically. I knew I wasn’t going to be the greatest technical dancer in the room. But Hanya was about being committed to an idea and not being easily satisfied, which really resonated with me. She said, in her German accent, “You have to start at the beginning. You have to deconstruct first. You have to uncover before you discover.” The thing I loved about her and what still resonates for me is that no matter how good you are, you’re only ever an advanced beginner. There’s always room. What you thought you learned before, you learn again, and every time you learn it you know more. If you’re committed to something, you do get better, but the question is: What does the world call better? My leg won’t get higher anymore, but my ability to express gets deeper. 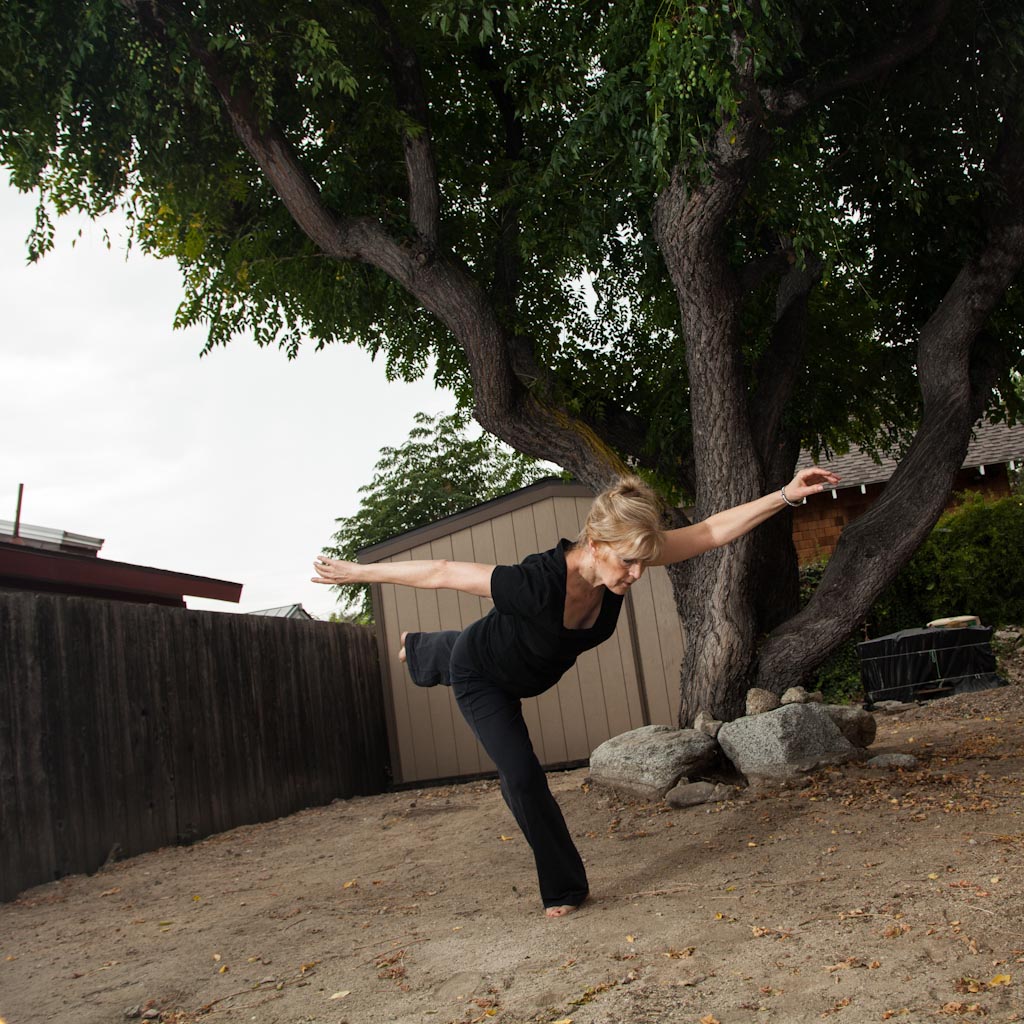 How does the idea of success resonate with you? Do you feel you’ve achieved success?

Success when I was younger was feeling I had arrived somewhere, achieved something, and had some reputation for it. As I’ve gotten older, I’ve realized I’m a grassroots person. I like being connected with the people with whom I’m working. And yeah, I would love to support my dancers. I would love for them not to have to do anything else but dance. But in this country that’s nearly unrealistic. So success for me is feeling that the process is vibrant and collaborative. I love to see dancers bloom and become artists.

If one sticks with their art throughout their life, they create a legacy, but they also have a responsibility to that legacy. My legacy goes back to Mary Wigman. I never met her and never saw her dance. But she moved Hanya, and Hanya moved me. It’s a legacy I’m constantly rediscovering. There are times in the middle of a class when the lightbulb goes on, I remember what she said, and now I get it. And that’s the beauty of a legacy: it can be rediscovered constantly. There’s a truth to it. 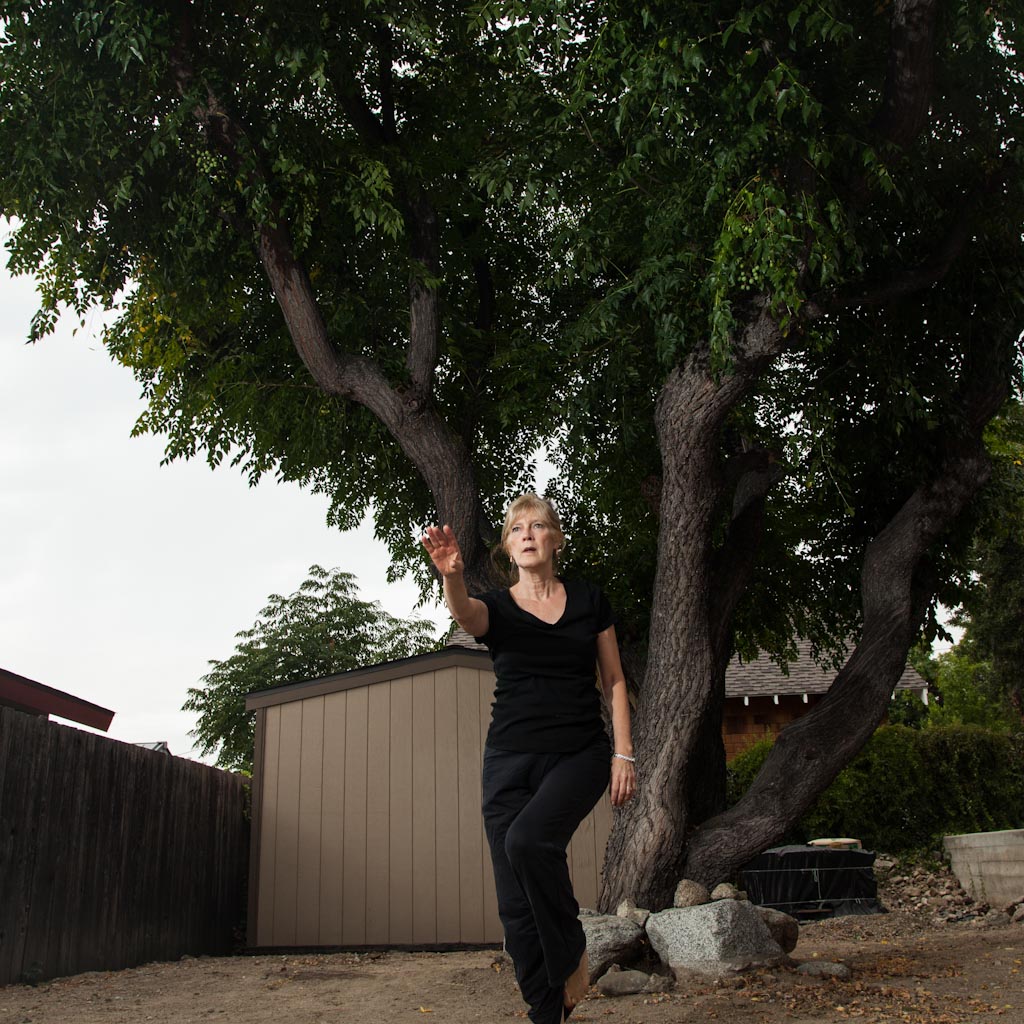 In order to want to dance, I have to see the big picture and if I fit into that picture. When I don’t think I fit into the picture, I won’t dance. That’s why I have an associate and executive director who will tell me “I don’t think so.” We’ll be honest with each other.

Explore. Don’t settle for what you think is the answer. Embrace the unknown. Have confidence in yourself that you can’t be compared to anybody else. You either resonate with someone or you don’t. It’s a relationship. If the relationship clicks, you work with that person. If it doesn’t, move on. Ultimately, it’s all about the relationship, whether it’s the relationship of a painter to a canvas or a dancer to another dancer. If that relationship isn’t healthy, the art isn’t going to be there. 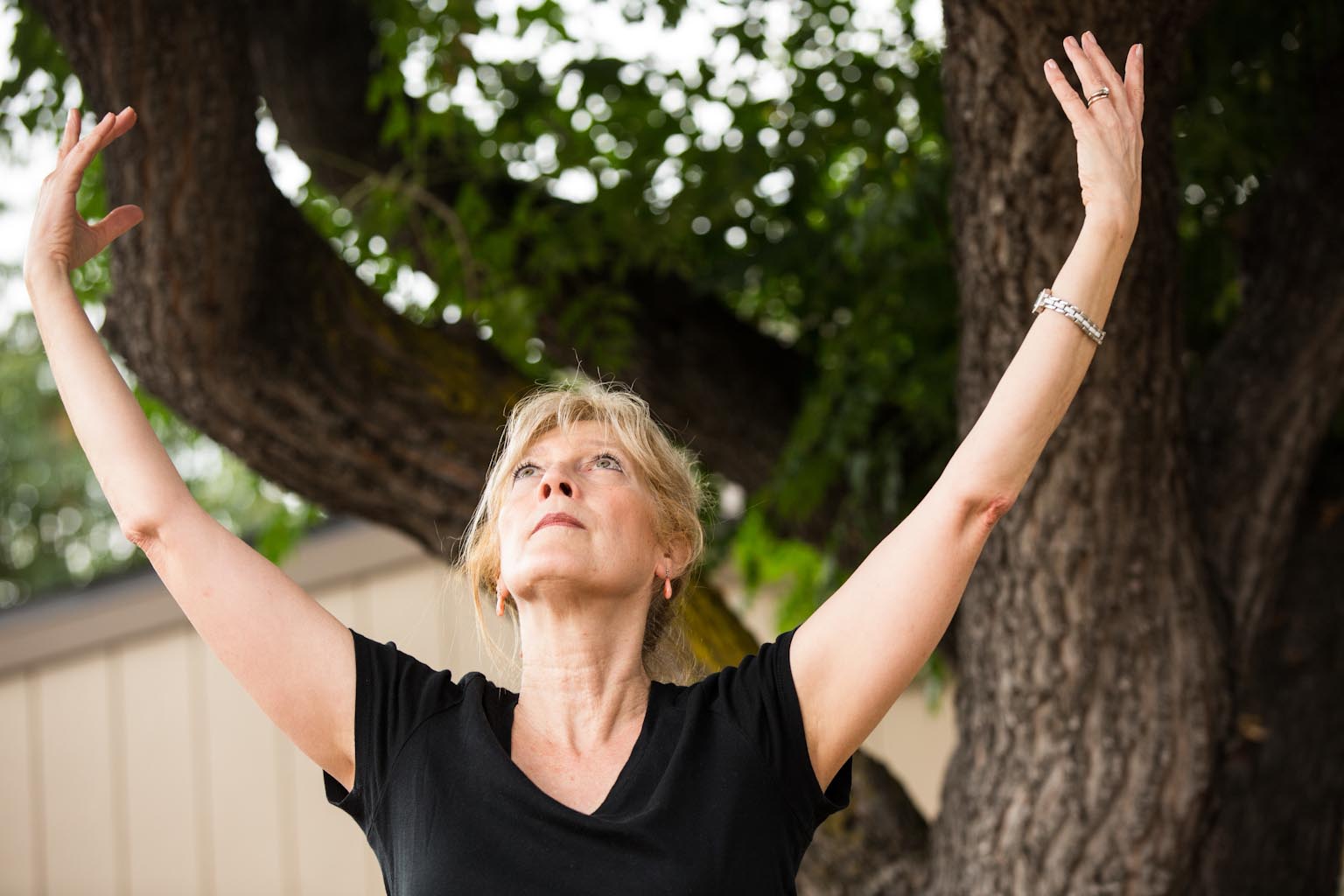 Nancy Evans Doede studied under modern dance pioneer Hanya Holm, and danced with Nancy Hauser. She was also an original member of Chicago’s Steppenwolf Theatre, and the company’s first female director. In Los Angeles, Nancy has continued to work in the theater and dance communities as both a teacher and director. She was a producer of the Children of the World Project, which received a Grammy nomination in 1985. She launched Nancy Evans Dance Theatre in June of 2010.