Jim’s mind might have questioned his validity as a dancer, but his body believed in his dance as truly as any good unconditional love. Dance never lies, and Jim’s dance told a truth about his ardent fascination with form and desire for movement. A still Jim doubted; a dancing Jim had never heard the word “doubt” before. 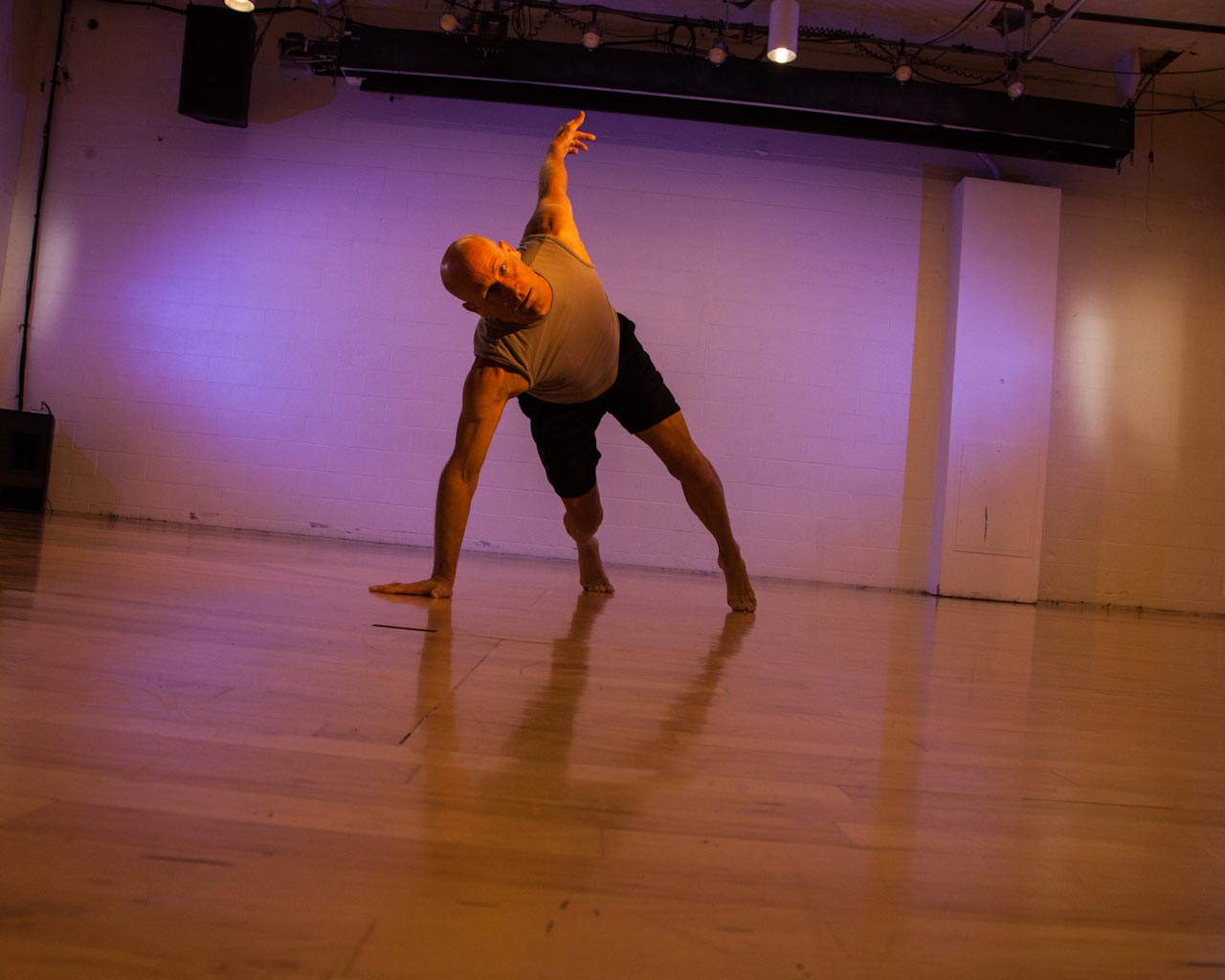 My entry into the dance world was in the 1980s, when I lived in Los Angeles. I was a big fan of performance art. Through that, I got introduced to contemporary dance, and started chasing shows as an audience member. When I moved to Portland in 1990 and realized the contemporary dance scene was small and local, it was easy for me to volunteer to help produce shows. I very quickly became known as somebody who could lift, haul things into studios, and move equipment. Before I knew it, people started asking me to dance in their pieces, even asking me to create dance works. At that point, I had not yet taken a dance class.

One event that served as a fulcrum for my entry into dance was The Guy Show, a series of solo works produced only by men. There were two guys who ran it, but they had a disagreement and wanted to back out, so I took over as the producer. Immediately I needed to learn how to hang and focus lights, run a soundboard, write press releases, design flyers and distribute them to the community, work with the dancers, etcetera. This was in addition to creating my own work. The show was always sold out, because the idea of solo work by only men was kind of a neat little idea at the time. Through that, I met Gregg Bielemeier, who said, “Hey, why don’t you come to my dance class?”

Prior to dance, I was a swimmer, which dominated all of my extracurricular time during the 80s. I largely gave up swimming, at least on the competitive level, for dance. I realized all of these people with whom I was dancing were people who had grown up as dancers, had been in dance academies, had gone to conservatories and had dance degrees. I thought: How can I put myself in a conservatory without actually leaving Portland? My answer was to take as many dance classes as one would in a conservatory. I started going to every dance class I possibly could. On summer vacations, I went to dance festivals. I’ve just loved learning how to dance. I currently take seven or eight dance classes a week. I’ve been bitten by the dance bug. 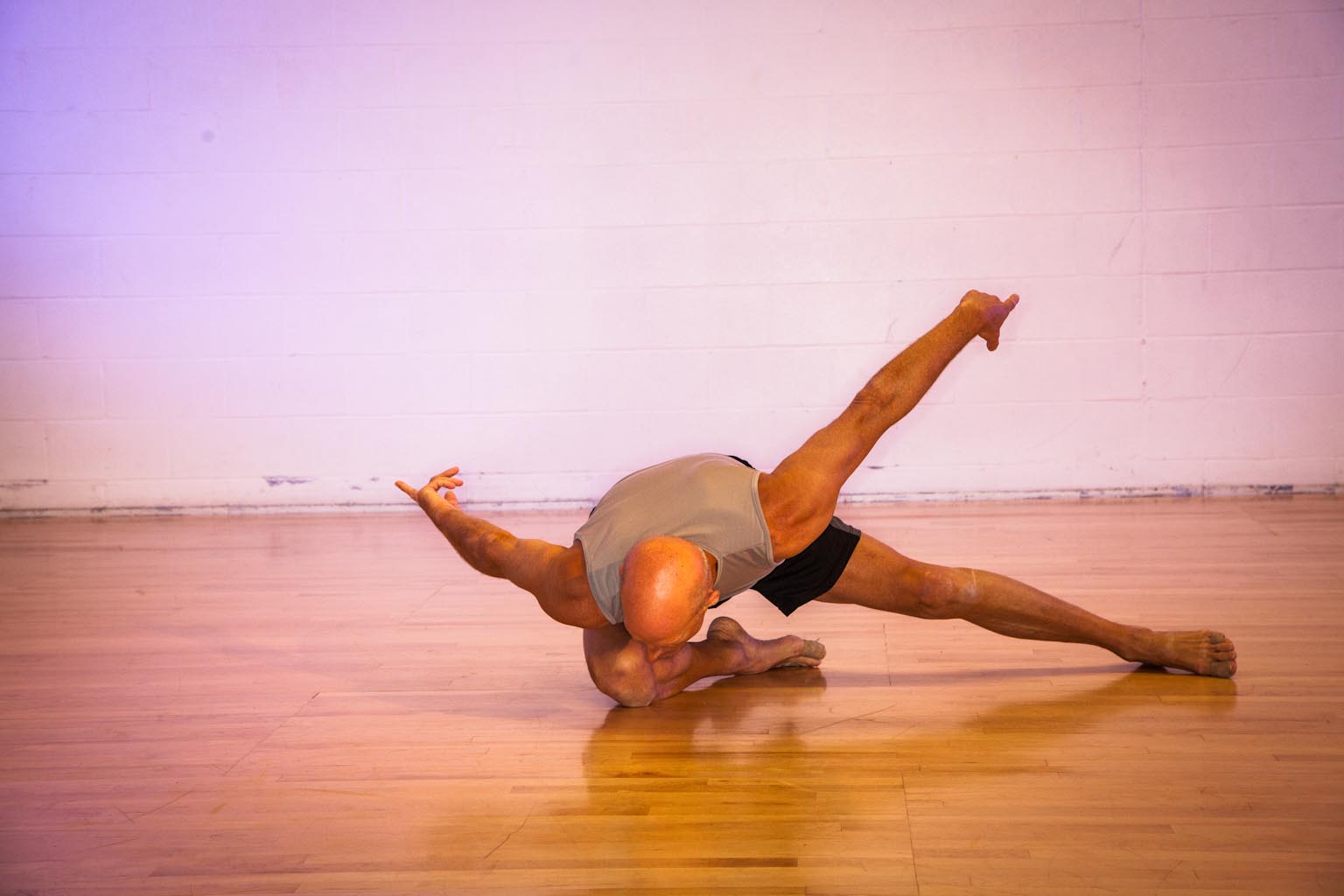 My current dance practice is about 22 hours a week of studio time. That includes both class and rehearsal. I have solo rehearsal time which I use just for improvisational movement study. I also have this little group called TopShakeDance.

I don’t consider myself a good enough dancer to ever miss a day of class. And I’m agnostic about form. Sometimes I take from seven or so different teachers during the week, and to me that seems very crucial and important for the diversity of my training.

To add to that, in the summer I do eight swim workouts per week. I just went on a river swim this morning. Once in a while I go running, and this spring I took up skiing again.

The thing that attracts me most to the act of dancing is the kinetic thrill I get from momentum. I think that comes from my past as a ski racer and football player. I like moving fast and rapidly changing speed and direction. I’m not really motivated to be a performer. Rather, my main interest is the experiment of movement. I’m one of those people who could just spend all of my time in the studio, studying movement in all its vagaries without any regard to whether or not it ever gets performed.

As a hobbyist, I know I will never have a major impact on the overall arc of the art form, but I do feel some small measure of success on the local scale. By dancing in the works of others, I would like to think I am somehow successful in helping choreographers achieve their vision. I feel most successful and satisfied by helping individual artists produce their work. Success is the act of showing up to support other dancers, to view others’ work and to be a part of the dialogue of the art form, at least on a regional scale. I’m really focused on watching local individual artists grow in their careers. 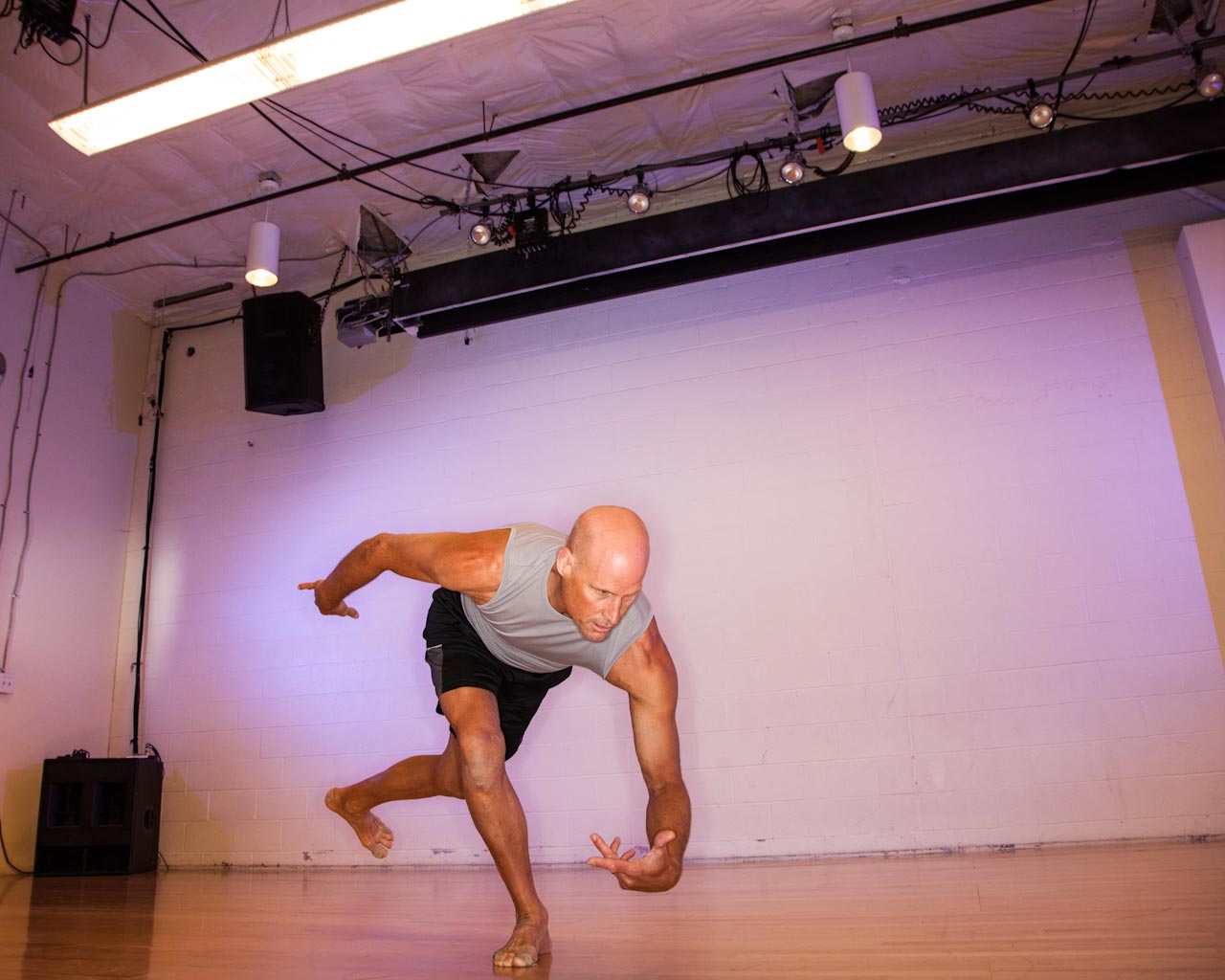 Making the transition away from ski racing and long-distance ocean swimming, I find dance to be a very safe and low risk activity, and one I can age in gracefully. The success for me is finding some outlet that I can change and modify as life goes on.

The reason I started dancing was really just to help others produce their own work. If there is any legacy I have, it would be in the realm of being a part of the fabric that helped support the growth of individual artists without any specific judgment as to whether it’s someone’s work I like or don’t like. It’s important to me to support dance irrespective of whether it’s aligned with my personal aesthetic.

Is there a point at which you will stop dancing?

Tough question because I don’t have a crystal ball, but I think dance will always be with me. I like the idea of dancing into my 80s. I feel as though I’m just getting started. I’m still continuing to have significant technical improvement in my dance development.

A lot of dancers have what I call ballet damage. And so my plea to them is to keep their aesthetic doors open. Whether you have ballet damage, Catholic damage or football damage, you can get over it and move on.

Over the years, I’ve had a lot of people express negativity toward me in dance. A lot of the more prominent dancers have asked me the question, “What are you doing with dance? Why are you here? Isn’t it silly you’re trying to learn how to dance?” People have a preconceived notion that serious dancers start young, and as a result I’ve gotten really strong reactions from people about starting dance at an older age. 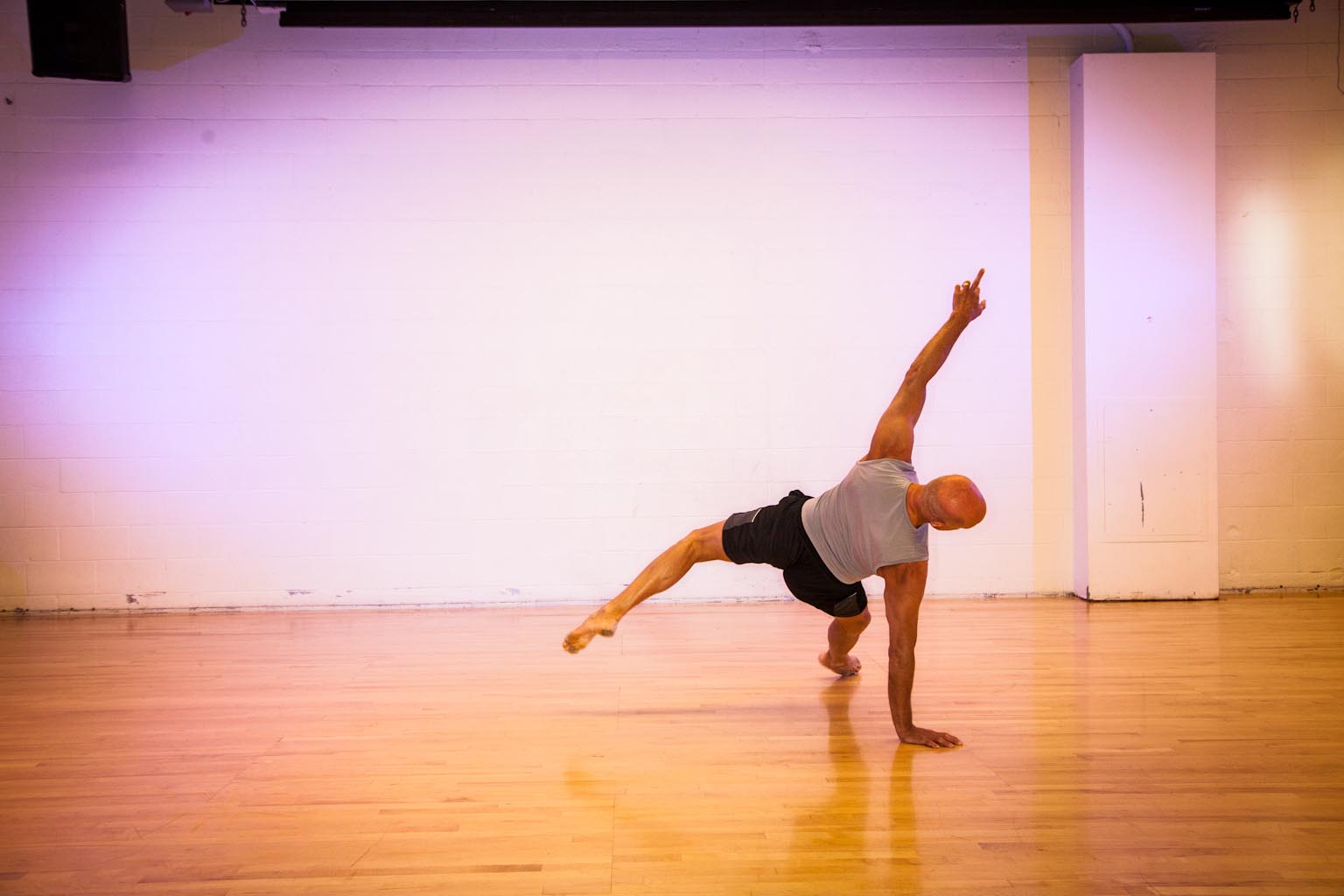 Jim McGinn began creating dances in 1992 with Spitting Dimes, and continued to create multiple works over the following 18 years while also dancing for several choreographers. In 2010, he founded TopShakeDance as a format for choreographic exploration. Recent works with TopShakeDance include Gust (2011), Jamb (2012), Float (2013), and a-Bout (1994).