An Interview with Marissa Perel

Marissa Perel is an artist and writer living in New York City. She created a column on performance for Art21 Magazine, served as an editor for Critical Correspondence, and contributes to many online journals. She shares her perspective on the art of writing about dance, and why it’s important to curate a voice. 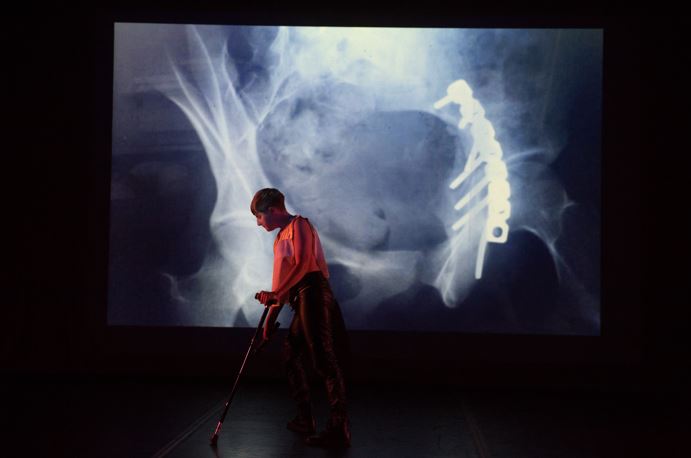 How did you start writing about dance?

When I was 21, I had a near debilitating accident. At the time, I was in a relationship with composer Jaime Fennelly, who was making music for the choreographer Miguel Gutierrez. They lived together at “Aqui the Bushwick,” a loft on the floor of a warehouse John Jasperse rented in Brooklyn. Jaime would bring me VHS tapes of John’s and Miguel’s performances, as well as many historic choreographers’ works. I noticed that, while I was watching these videos, my body would have a sympathetic response to the dancing. I think it was the freedom I perceived in work that was post-modern and conceptual, and the commitment of the dancers to the work, that inspired me to access my own body’s movement potential.

When I had enough strength to travel to New York, I visited the loft and eventually moved there. The key experience that turned me onto writing about dance was when Miguel performed Freedom of Information in his studio in 2001. It was a dance-protest-ritual that Miguel created in solidarity with displaced people after the war in Afghanistan had started. He danced blindfolded and earplugged while fasting for 24 hours. Jaime and I took care of him and made sure he was okay for most of that duration. It was through the many hours spent watching Miguel that I started to write about what I was perceiving in his body. There was something about watching this one person move intimately for many hours. I wrote about his dancing in many modes of language – poems, descriptions – and realized there was an exchange between the body that was allowing me to witness it and my own body. It was naming a kind of language for myself that I then started to use when watching other people dance.

So I guess I started to write about dance from intimately being in community.

How did your dance writing practice evolve?

I started writing about dance 16 years ago. There weren’t blogs yet; I think I had my first cellphone at the time. There wasn’t the same access to media. It was more of an exchange of emails in community. In my poetry, I would write about my experience watching dance, as well as my experience being in my body as a person with a disability.

When I was studying for my MFA at the School of the Art Institute of Chicago, I began to develop a voice that straddled the poetic/descriptive/visceral and the analytic/journalistic. It was around that time, in 2010, I started to publish writing about performance. I noticed there weren’t a lot of people who could synthesize visual art and dance equally. But because I had studied visual art and had lived in a dance community, I could apply both value systems to my writing. I was invited to be a guest writer for Art21 Magazine, and then I created the column “Gimme Shelter: Performance Now,” which I wrote for three years. From there, I was invited to be an editor of Critical Correspondence, the online journal of Movement Research.

For me, writing is a way to travel between mediums and have them speak to each other. It’s useful to look at different forms of performance through different lenses. My voice occupies a particular place – I write about artists with marginalized identities a lot of the time. That’s an agenda of mine as a queer and disabled artist; I want to write about others who might be overlooked or not understood by mainstream journalism.

What are some trends you’ve noticed in performance during your time writing about it?

What is a trend? You’re looking at a medium that has existed for at least a century. Dance has many different modes it encapsulates and utilizes. I tend to see these things as highly individual and don’t say, “That’s in,” per se.  Every kind of identity has a vocabulary it’s working with which, when described as a trend, can be a form of co-opting. Looking at aesthetics that way has serious discriminatory implications.

What are some trends in dance writing you’ve experienced?

A nexus for me was Claudia La Rocco’s blog, The Performance Club. Claudia realized that what was necessary was a public dialogue about performance, so she created The Performance Club, wherein several people would go to see a show, and then go to a bar afterward and talk about it. That dialogue then went up on the site. However, the site was also a free place to experiment, so I used it as a place to push the medium of dance writing.

What’s really exciting about different blogs like yours is the freedom. Performance is a living, breathing form, so it requires people to be responsive, not situate performance in a place where it can’t be fluid, porous, or have questions around it. I think that’s especially important now. We have to look at the ways in which hegemonic forms of language assert themselves on our bodies. If people are actively breaking down modes, then we are doing our jobs. But if people are trying to create power structures that are discriminatory by nature, it’s not going to serve dance nor the form of dance writing. A form of activism can be creating a blog or writing for a blog in which everything you write doesn’t sound like The New York Times.

What’s hard is that there are amateur writers who post things, and their voices sound very objective and journalistic, but they are not bringing any real experience to the table. If anyone can write a blog, whose voice do you trust and who has authority? Does authority even matter if a person is genuinely trying to access what they’re seeing? When are critical tools from learned experience necessary? When you make an evaluative judgement on a piece of work, no matter who you are, you’re going to affect that work and the person who made it.

What do you think could be done to make dance writing more viable?

If you run a blog and you want to have other writers be part of it, whether you pay them or not, then you need to nurture their work and help them craft the best writing they can do, so they can come into their own authority and learn how their voice affects the public world.

For me, the best writings I edited on Critical Correspondence were the ones I nurtured into being. It’s important to be able to say, “I’m sensing you want to say X, but now it’s only half being said.” You have to help people attain clarity. When I wrote for The Performance Club, Claudia nurtured my writing by showing me where I needed to take a position. But she didn’t tell me I had to make a judgement; she wanted me to find a voice of my own.

It’s a populist value to think we can all take up this authority and voice, but then we all must hold each other accountable.

In New York, my experience is that we have to fill categories in the arts; are we makers/writers/dancers? To me, that buys into a capitalist value system of one mode of exchange and one role in it. What is missing is the value of a person’s own agency. One thing I would ask anyone in our world is: What is your personal sense of agency? How do you fulfill that? I see myself as an artist in a world of artists with whom I’m in conversation. While I need reviews to mobilize my work, I also value the conversations I have with others who want to understand my work. And if I want to understand someone else’s work by writing, I want my voice to be supported. So I have a holistic sense of writing in my life and in community. 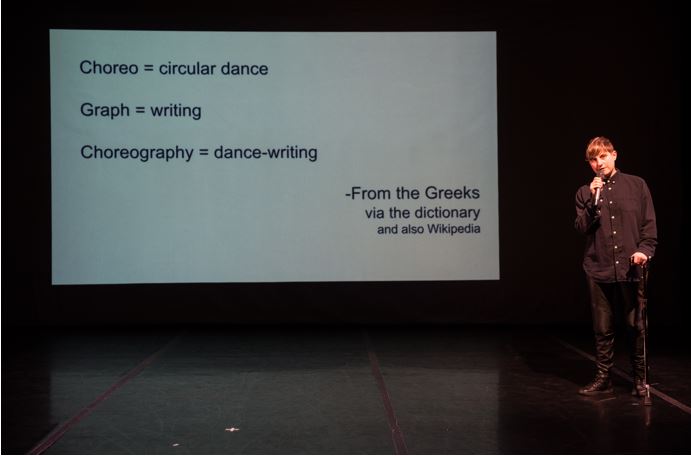 Photos by Scott Shaw from Marissa’s performance, (do not) despair solo at Gibney Dance, March 2016