An Interview with Siobhan Burke

Siobhan Burke is a dance writer based in Brooklyn, New York. She contributes regularly to The New York Times and Dance Magazine, where she was an editor from 2008 to 2013. She shares her perspective on how the field of dance writing is shifting with the times.

I grew up studying Irish step dancing. My family went to Ireland a lot when I was a kid, and my best friend there was a dancer. I did the whole competition thing. In high school and college, I studied other dance forms and tried to expand on that very specific training.

I started writing about dance in college. I went to Barnard and took a class called Dance in New York City, which I’ve actually taught over the past few years. We would see shows and write about them. There was something about translating my experience in the theater into words that I found satisfying and challenging. I ended up majoring in American Studies with a focus on dance history. For my thesis, I wrote about race and masculinity in the work of Ted Shawn.

At the same time, I was looking for a way to write about dance that wasn’t purely academic, and that would reach a broader audience. That’s how I got into journalism and criticism.

Who do you currently write for, and what kinds of pieces do you most often write?

I’ve been writing features and reviews for The New York Times since 2013. I’m also a contributing writer for Dance Magazine. For a while I was writing more experimental criticism for The Brooklyn Rail and The Performance Club. That was fun, and I’d like to explore it further.

What have you found most rewarding and frustrating about dance writing?

Watching dance has always made me feel more deeply and intensely than other art forms. It’s hard to describe. I was a shy kid, but somehow I felt inspired when I saw dance to say what I thought, maybe because I spent so much time dancing myself. As with anything you love, the rewards and frustrations are very much bound up with each other. Articulating what I think and feel — wrangling with the questions that each performance brings up — is a constant challenge, and that’s what makes it fulfilling. No matter how many reviews I write, it’s never easy. There’s never a formula.

Reviewing for The New York Times, I’ve had the opportunity to see such a range of work, from all over the city and the world. Sometimes people ask me, “Is there enough dance in New York to write only about dance?” I’m like, “Yes!” I might see flamenco one night and Okinawan dance the next. So one of the greatest rewards is the sheer scope of artistic practices and cultures I’ve been exposed to.

Some of the frustrations are very practical. Dance writing is not lucrative. For about five years after college, I was a full-time editor at Dance Magazine. That was stable income, but then I left to try my hand at freelance writing, which I’ve been doing for four years. There are some great things about working freelance but, in the field of dance writing especially, the work is underpaid.

In your time writing about dance, what changes in the field of dance coverage have you noticed?

The arts coverage at the Times is changing a lot right now. In general they’re publishing fewer reviews, while focusing on other ways to cover the arts. A year ago, I might review three shows a week. Now they’re shifting away from the 400-word review of a single performance.

I saw similar changes at Dance Magazine, though it’s a much different kind of publication with a different audience. I was the reviews editor for much of my time there. First they moved reviews out of print and published them online only; then they did away with them all together. Over the years, more online forums for dance writing have popped up, though some are more consistent than others.

This is happening — and has been happening for a while — across the arts, not just in dance. Alex Ross, The New Yorker’s classical music critic, recently wrote a piece called “The Fate of the Critic in the Clickbait Age” that nicely sums up the situation and makes a case for why criticism is still essential.

I’ve always been interested primarily in criticism; I think dance needs a robust dialogue around it to really thrive. So I’m looking for ways to continue while also being open to change.

What changes in the field of dance itself have you noticed?

I always have trouble identifying “trends,” but one clear change is the resurgence of dance in museums over the past decade or so. MoMA has consistent dance programming now. The new Whitney has a theater with a sprung floor designed to accommodate dance. That crossover between dance and the visual arts isn’t new, but it’s become more prevalent.

Also, dance lives much more online now than it did when I started writing. Many artists post videos from rehearsals on Instagram or Facebook. Ten years ago it would have been unusual to see any part of a work before its premiere, without actually showing up at the studio. Now, I’ll get glimpses into a process just from following a company or choreographer on social media.

What changes do you think would make dance writing more viable?

I think education is key. Dance tends to be marginalized in our culture. For many people, it’s not as much a part of everyday life as movies, TV, music or books. I have friends who are incredibly knowledgeable about art and literature, but when I mention major dance figures like Isadora Duncan or Merce Cunningham, they don’t know who they are. For dance writing to be more viable, dance needs to be more centralized somehow, so it’s not seen as esoteric and inaccessible, or, on the flip side, as purely fun and entertaining — though it can be all of those things. In an ideal world, dancing and watching dance would be part of everyone’s education from a young age. And of course, dance writing can make dance more accessible, give people a way into it. It’s a symbiotic relationship.

Also, it might seem like a crazy time to think about this, given the current threats to federal funding for the arts and humanities, but funding for dance writing needs to change. As I mentioned, it’s hard to make a living doing it, even with steady work, and that limits who can do it, which is also a big problem. I don’t know what these funding structures would look like, but people who care about dance being part of a broader cultural conversation need to think about how we support writers.

In terms of what’s rewarding about this work — often, I feel like my writing goes out into the ether and no one reads it, but it’s gratifying when someone says, “I read your review and decided to go see this show, and I’m so glad I went.” I don’t think the purpose of criticism needs to be that concrete, but it’s nice to know that writing can inspire someone to seek out something they haven’t seen before. 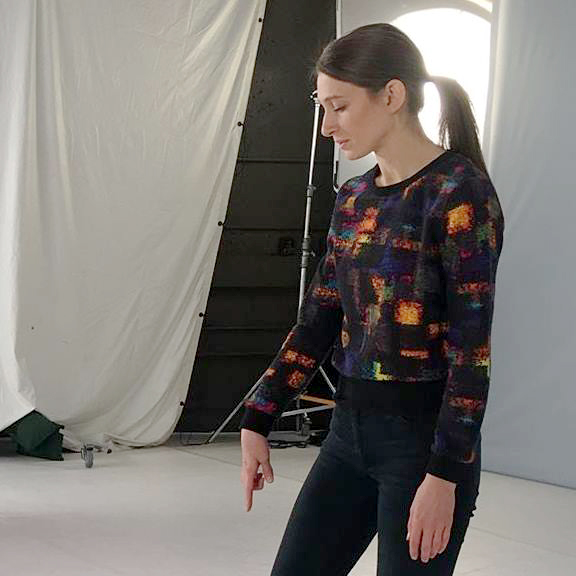 2 Responses to “The Changing Face of Dance Writing”