An Interview with Sandi Kurtz

Sandi Kurtz is a dance critic based in Seattle who writes for Seattle Weekly and Seattle Dances. She reflects on the changes and subsequent implications she’s noticed in the field of dance-writing over the past couple decades.

I started reading about dance when I started dancing, so the combination of words and movement never seemed unusual for me. And I started dancing relatively late, so I could understand what was supposed to be happening much more easily than what I could actually do; from the beginning, I practiced observation. I did a couple of (very naïve) reviews for my college paper, but started to get more serious about critical writing when I was in grad school. Then I had foot surgery, and had to take a few months off dancing. I got up the nerve to query a local paper about doing some writing, and they were kind enough to give me a chance. After grad school, I stumbled into a project editing and producing a dance newsletter, where I wound up doing all kinds of writing. Still, I didn’t identify myself as a critic for a long time – I was mostly a teacher and an administrator for quite a while.

What do you find most rewarding/frustrating about writing about dance?

It’s probably the same thing – trying to translate a kinesthetic experience into a verbal one. When it works, it’s great. When it’s not working, it feels like I’m chasing the experience, throwing words around and hoping something makes sense. I write about dance (and talk to myself about it) in order to understand what I’ve seen. The process of putting words into sentences, and then trying to make them into thoughts, helps me clarify what I’ve learned from watching.

What larger trends have you noticed in the dance world during your time writing about dance?

Hybridization is a big element in the dance community as we settle into the 21st century. I did a short dictionary entry almost 20 years ago about what we were calling “crossover” choreography back then – work that included elements from ballet and modern dance. At the time, there were only a few artists who were combining work from multiple disciplines – but it’s been a wild ride ever since. Dancers are regularly training in multiple styles and traditions, and choreographers will always use whatever skills their dancers can muster. It’s become really unusual to see someone who’s specializing in a particular discipline or repertory to the exclusion of everything else. So we see a lot of performances where the movement material is a combo plate – choreographers are still grappling with what it means to have that breadth of options. It takes time and focus to choose a more limited palette.

What larger trends have you noticed in dance coverage during your time writing about dance?

It’s ironic – as the breadth of dance increases, especially as we can find more and more dance online and in videos, the opportunities for dance writers seem to be falling away, despite the internet. While it’s true that anyone with an internet connection can create their own outlet, general readership publications (and the general readers that they serve) are closing up shop right and left. Critics like Arlene Croce and Deborah Jowitt may still speak with the authority of deep knowledge, but their readership is increasingly narrowing down to other dance professionals. The idea that we write for an audience of curious amateurs is fading fast. As traditional outlets continue to shrink, the idea that professional dance critics sit apart from other aspects of the dance community is changing as well – many of my younger colleagues are still dancing and making dances at the same time as they are writing about the art form. I’m not sure if their sense of objectivity is different than mine, or if it’s not as big of an issue for them, but when I remember discussions with fellow critics in the past about whether someone who had worked as a press agent should be a part of a critics’ organization, I find this new situation really interesting.

Given how relatively few people write about dance, what do you think could be done to make it more viable?

Viable is a flexible term right now – if we’re talking about financial support, it’s not impossible to make a living exclusively as a dance writer, but it’s a tricky business that requires a great deal of initiative. There are very few staff positions at publications that offer a living wage, and when the current tenants of those positions retire or otherwise leave, it’s likely that the position will be gone as well. Most people who are making a living writing about dance are combining a number of freelance gigs, and more likely have a distinctive specialty that helps keep them employed. Some teach, some edit, some write on other subjects (not all related to the arts), and many work other jobs in other fields. While they may consider their dance writing the main part of their working life, it may actually be a minimal part of their finances.

If viability means that you have access to dance and opportunities to write about it (whether compensated or not), then the challenge is different. As traditional outlets are closing, several promising online projects are trying to find a way to keep their virtual doors open. Just as it was sometimes difficult for print publications to get their materials distributed to a cohort that was interested in reading, online journals have a similar task. It’s still early days for most of them – sites like ArtsJournal, Thinking Dance, Fuse, SeattleDances and Oregon Arts Watch (just off the top of my head) are working their way towards offering thoughtful commentary on their home communities, by writers who are getting some assistance from these sites in the form of editorial support if not actual money.

In many ways, it reminds me of earlier times, when people would launch little magazines and newsletters, many of them very bare bones, but full of opinion. I honestly don’t know how this new world will evolve, but I’m hopeful enough to think it will continue to reflect the dancing it covers, willing to take a chance and jump. 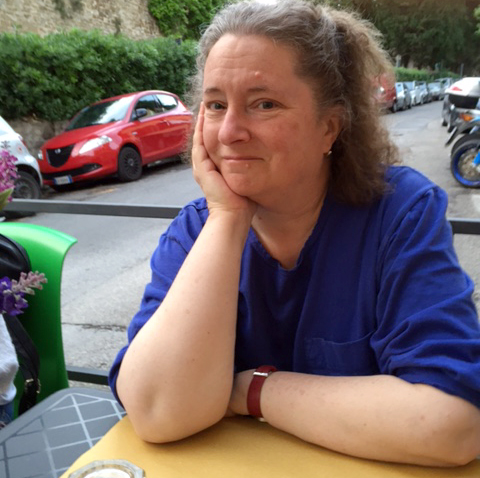