An Interview with Meg Foley

Meg Foley founded The Whole Shebang with her partner, Carmichael Jones, in 2015 to support local visual and dance artists in Philadelphia, as well as to support her own work, which is produced under the title of Moving Parts. Another unique aspect of Meg’s work is that for years she did a dance every day at 3:15pm. She shares her insights into how curating a small dance practice can feed a larger vision. 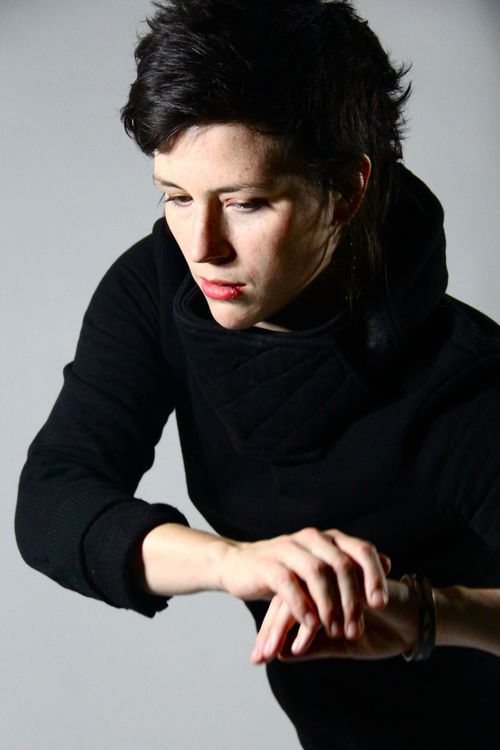 What was the impetus behind The Whole Shebang?

From 2008 to 2010, I had an incredible residency with Susan Hess Choreographer’s Project, which offered unlimited access in a great studio. It was a really magical experience, though at the time I was interested in sculptural installation and environment-based performance. I was sharing studio space with the other residents, and thus couldn’t paint the walls in polka dots, for example. That was the beginning of dreaming of a space of my own, where I could transform it as I needed or wanted.  I was interested in performances that had large production values, but there was no way to rehearse them. I was also always frustrated by the process of moving from the rehearsal space to the theater.

A couple of years later, my dream had shifted to a warehouse that was a point of exchange. I wanted a space to make my own work, but also a space where someone from out of town or a local artist could take over for a few weeks. I wanted an energetic collision of people putting down their own creations, and then having showings/conversations/formatted exchange. At the time, I was also struggling with teachers; I was often dissatisfied by student-teacher scenarios, and was more inspired by peer-to-peer working relationships and connecting with other artists’ research points.

Then I inherited some money, and the question became what kind of future we wanted to build. We almost bought a house, but it didn’t feel right. We realized that if we weren’t going to buy a house, we wanted a space that had a life of its own and other people occupying it.

Carmichael is a sculptor and artist who works in glass, and already had experience managing art studios, whereas I had experience managing Dance/USA Philadelphia. We started looking for warehouses, which was a really hard process. We asked ourselves what space we wanted to fill in the community, and what community we wanted to be creating. We wanted to have a curated research space that offered classes. We also wanted to feed the work of other artists, and vice versa. We wanted to build something bigger than us. And that’s what we did.

It’s been a crazy journey; we’re still figuring it out. The dance studio opened in March 2015, but the artist studios were operational by the end of 2014.

How does Moving Parts fit into The Whole Shebang?

Moving Parts is the name I sometimes use for my work. Essentially, it’s the legal entity that runs the dance studio. The Whole Shebang is the entire building, which includes other glass artists in addition to my partner. Moving Parts is, in a way, the resident dance company. I make my work and teach in the studio. And, of course, I could clear the schedule for a month and cover the space in polka dots, but I also get to have people come in and influence my work, even if indirectly.

I have primarily been doing solo improvisational research since 2010. Before that, I choreographed and directed group works. I would make up movement and teach it to other dancers, which brought up questions about authorship. I did this until 2010, when I started doing solo work, which moved me further and further away from choreographed material. This eventually led me to my current improvisational practice, which I call action is primary.

Around the same time, I started doing the daily dances, which I considered a separate activity from my solo studio practice. However, I realized they are the same things happening in opposite spectrums. On the one hand, I was improvising in an empty dance studio for an hour or two and, on the other hand, I was dancing wherever I happened to be every day at 3:15pm for maybe one to five minutes (although occasionally up to 30 minutes). One felt like a momentary emergence while the other felt like a longer unfolding, but the material was the same in a lot of ways. 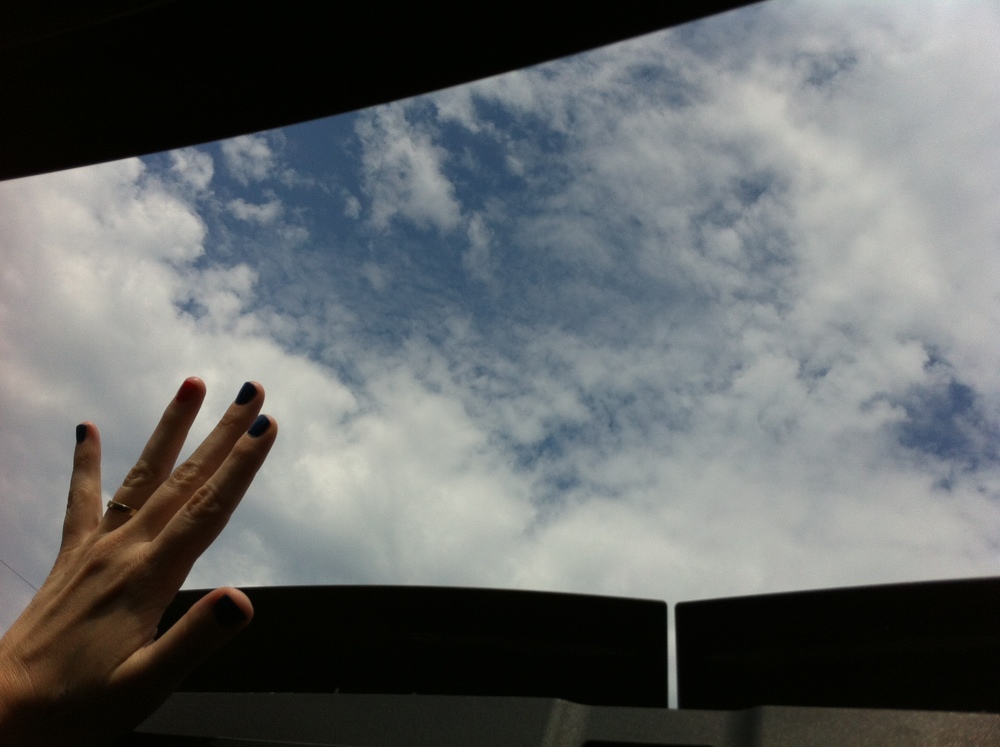 Why did you start doing the daily dances, and what are some of the insights you gleaned?

I started doing the dances because I felt like I needed a daily practice I could commit to over a long period of time, and I wanted to be less precious around dance-making. I also wanted to insert dance into everyday contexts; rather than expecting people to come to my shows, I was going to show people dance. I also just wanted to see what would happen.

The first time I did it was in 2010 for a month. The next year, I did it for six months. Each time I stopped, I felt self-effacing. I felt like I couldn’t commit. I kept wanting to try again. In 2012, I started doing it, and kept doing it until I was pregnant at the end of 2014, when I had to stop for a couple months. I did it for two and a half years straight.

It was really revealing that I had to stop when I was pregnant. Being pregnant is an all-the-time activity, and it was the first time the daily dances became invasive. This was interesting to me, because I had been doing the dances in meetings and at doctor appointments – environments that are arguably invasive. At the time, that felt like a rich tension. But when I was pregnant, that tension was too much. However, I did do a dance while in labor; it was a hand dance.

I picked up the practice right after my son was born in June 2015, and only stopped this past November 2016. I think it was a pretty good run.

As far as the dances themselves, they really depended on the environment. What was striking from the get-go was how little anomaly people noticed. I would be speaking to someone at a store, and I would decide that I was going to move relatively big. But I never actually stopped what I was doing. If I was in the middle of a conversation, I let the context continue and also did the dance.

Most of the time, people didn’t comment or notice. I wasn’t doing huge leaps, but I was often moving my arms and changing levels. What also struck me was that every dance failed. I couldn’t define completion of a dance on such a small scale. It became about the spectrum of experience. The variation of the dances revealed to me the limited scope that I was using to define successful choreography.

Given the spectrum of your dance practice – from tiny daily dances to owning and managing a space – when do you feel most successful?

I feel most successful when I’m in conversation with other people. Sometimes that’s around the moment of performance, but often it happens during the process – when we’re unearthing ideas and putting them into practice. There’s something about the alive-ness of immediate generation, the feedback of physical and conceptual empathy being embodied. Maybe that’s why there are clumsy attempts in performance of trying to speak directly to the audience or bring them onstage. We’re trying to find that shared moment on a larger scale. We want to move beyond the tiny enclosures in which work is generated, but we need those tiny enclosures to create a spark.

It gets into the whole thing about sharing versus presentation. I’m currently a member of Vox Populi Gallery, a visual art gallery. I just had a show in November, and it was really refreshing because of the language most often used around contemporary visual art. Most people who saw my work weren’t concerned with their conception of dance, whereas people have frequently commented that my work is interesting but not dance. The visual art people who I’ve talked to don’t give a shit about that question; it’s not even on the table. They’re interested in how to connect with what they are seeing, questioning the mechanisms of it. It’s interesting to me to think about performance this way. We have an idea of presentation as something being viewed in order to be received. But what if, in that moment of performance, we can have a more generous idea of how information can be transferred from person to person? But I’m not even sure what that might look like.

It goes back to the 3:15 dances. When the alarm goes off, where I am is where I start. Do I immediately imagine someone is watching me and, if so, from where? Or, do I think of myself within a circular set so that I’m not thinking about front or back, but rather thinking distally and proximally? The way I conceive viewership changes my movement and how I occupy my body.

With regards to The Whole Shebang, we’re trying to be intentional but also respond to what people bring to us. I’m trying to reconfigure and be more strategic in our programming—which I’ve been focused on for the past year and a half—to take space so that I can listen and support more, and invite people in so we can amplify multiple voices. 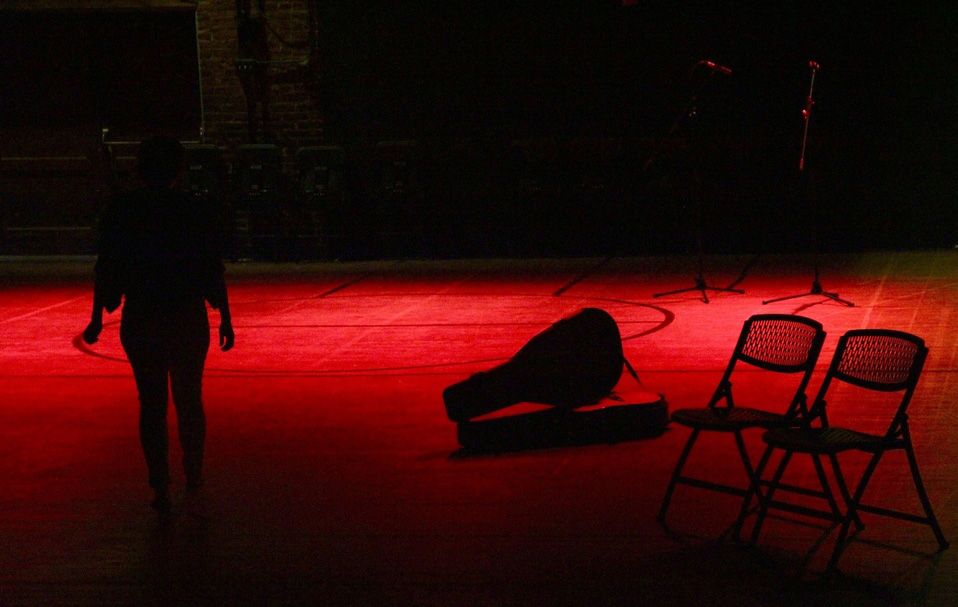