As her husband Zak began to bop rhythms a cappella, Naomi jumped in without a moment’s hesitation. Watching her dance, I got the sense it was as natural as standing in sunlight and, in fact, she seemed to shine. Her brightly colored dress seemed like a light source, illuminating her free and easy movement. It was like watching gold glitter. 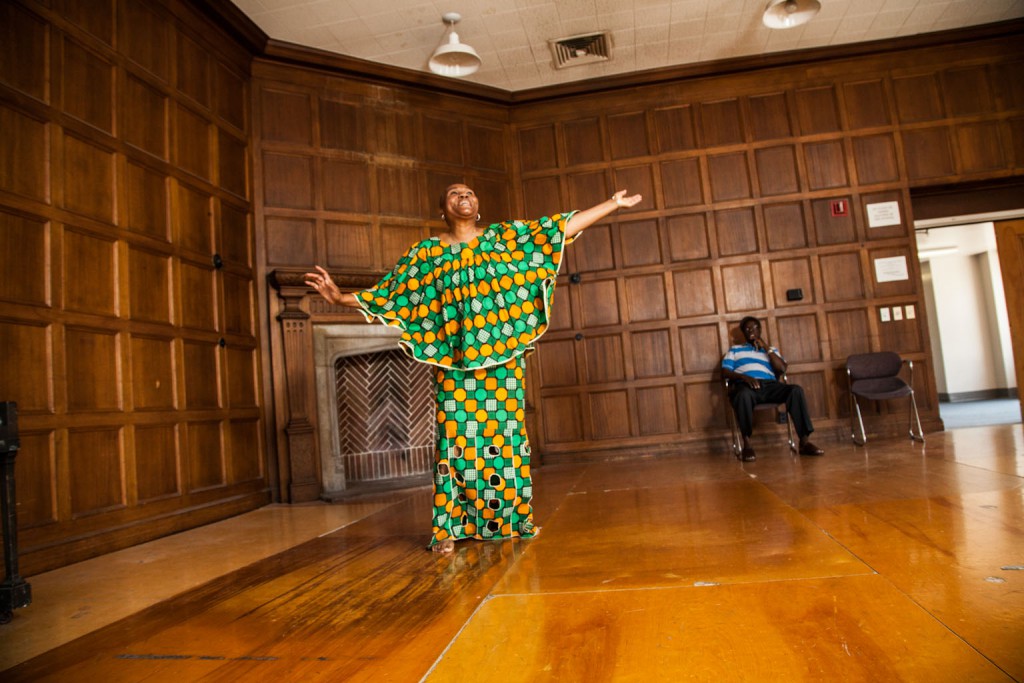 Zak: I started dancing at the age of five in Senegal. My great-grandfather was the king of the Serrer, an ethnic group from the region. Though I danced in elementary school and in high school, what was most important was education. However, my auntie was a dancer, and I saw her as an ambassador of the culture. I too wanted to dance and showcase our culture, so I signed a contract with my dad saying if I was among the 10 best students in my class, I could dance. Since I came from the kingship family, I was supposed to sit down and watch someone else dance for me, but I didn’t believe in that. I worked hard. At the age of 13, I was selected to go to the world festival in Vienna. My father had to sign with the Senegalese government allowing me to travel. I came back, finished my study, and joined the national  dance company of Mali, Senegal and Guinea. It was called the Ensemble of Mali. From 1960 to 1968, I was the artistic director of the national dance company of Senegal. In 1969, Katherine Dunham came to Senegal and persuaded me to come to the United States and help establish the performance arts training center at Southern Illinois University. I was in Illinois until 1972, when I received a scholarship to work toward my PhD in ethnomusicology from UC Berkeley. I received my PhD in 1977, fell in love with the Bay Area, and stayed.

Naomi: I started dancing when I was 10 in Liberia, participating in little shows. I came to the United States for school as an exchange student. My first trip was to Los Angeles, where I completed one year of high school. Where I went to school, a group of African American students were interested in learning African dances. They wanted me to teach them, which began the shift in my focus from academics to dance. In the 1970s, I worked with a company in San Diego. From San Diego, I moved to the Bay Area for the Diamano Coura West African Dance Company. Diamano Coura is now in its 40th year, and we keep getting requests to teach and share the African culture. 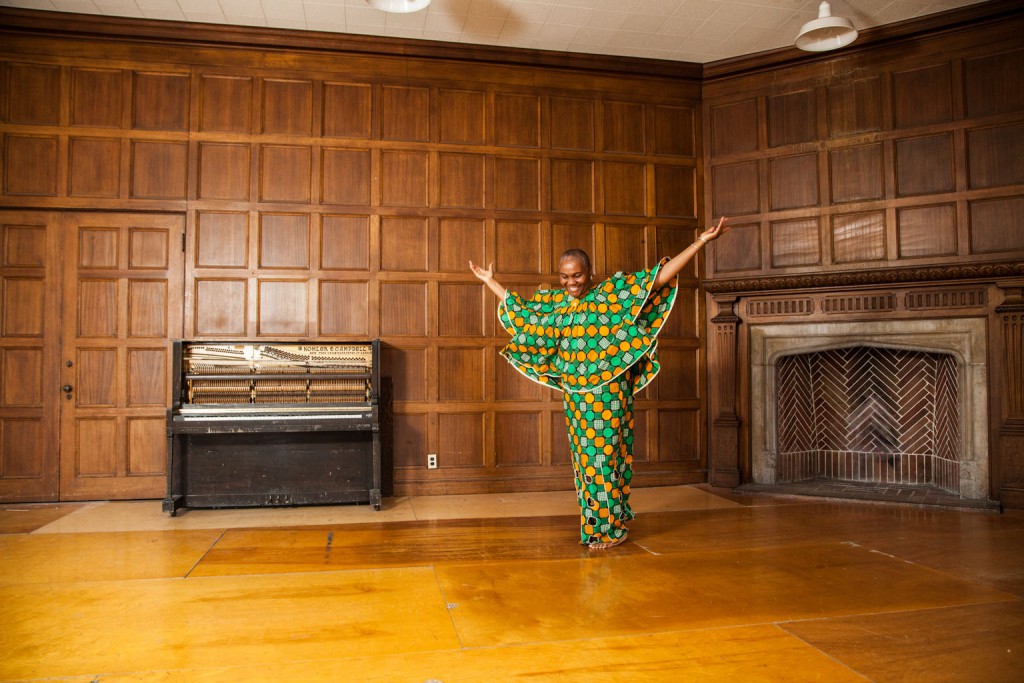 Zak: Naomi teaches at Berkeley High School and I teach at Laney College.

Naomi: We have been collaborating for the past 20 years with Val Caniparoli from the San Francisco Ballet.

We also hold weekly classes at the Malonga Casquelourd Center for the Arts. We do our rehearsals there three times a week, and Zak holds drum classes twice a week.

We are busy, still doing our art. We feel it is something that keeps us alive and something we have to offer to the next generation of dancers. We consider ourselves role models.

Naomi: There’s always new discovery. As I’m teaching, I’m learning how I can better translate certain movements to make students understand. There is a difference between learning dance in Africa versus in America because the environments are so different. People are conditioned differently to dance. In Africa, it is easier to convey, but here it takes more manipulation of the information. That’s something I’ve discovered through the years.

Zak: A dancer is the best communicator. Dance itself is a myth. It evolves from one generation to the next, and each generation is a revolt against the preceding one. Dance is a thing that cannot be finished; it keeps being added to with each new generation. 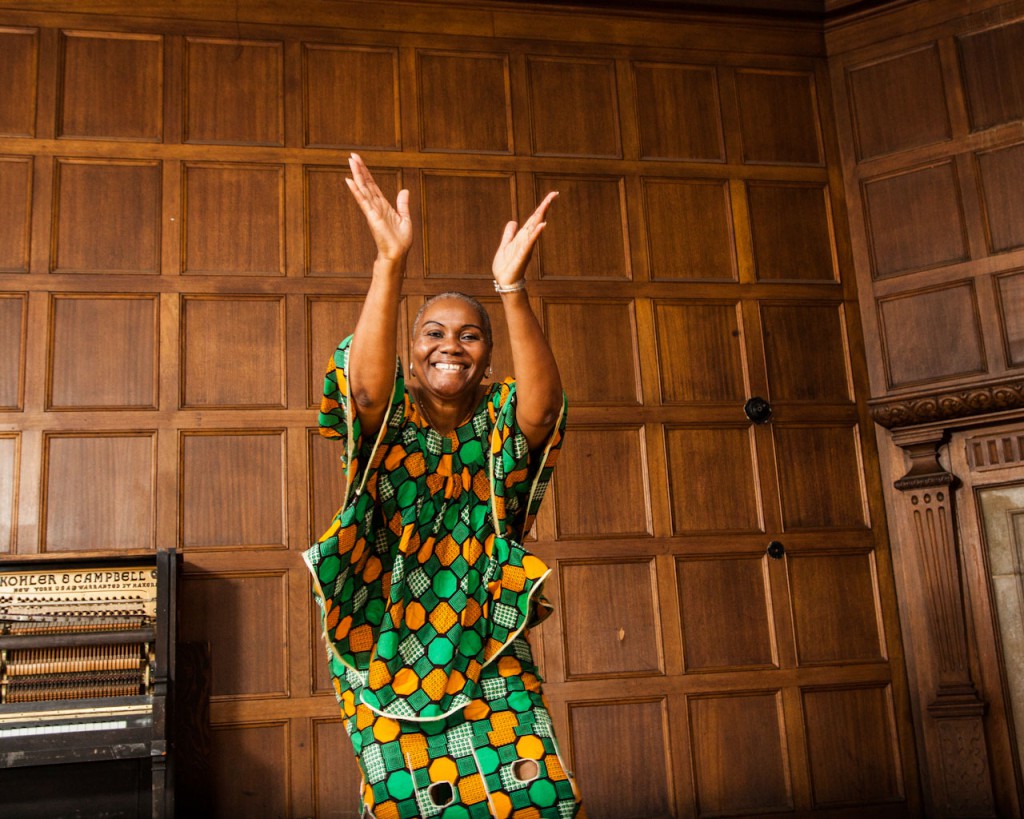 How would you define success?

Zak: Success is: You taught somebody from scratch, and you watch that person grow until they become independent. They don’t do what you do, but they take what you taught them and make their own creation.

Naomi: Success is watching individuals we have trained go on to become choreographers and use their foundation. They add to what exists by saying, “This is my foundation, and this is my innovation.”

Zak: Everywhere I go, people say, “Oh, I know Papa Zak and Mama Naomi.” That’s part of our legacy. The people we’ve touched carry our name with them. People recognize our contributions to the culture. I was one of the highest academics in French West Africa, but I chose to dance. It’s the best communication.

Zak: No. If I can get up in the morning and walk, I’m still dancing.

Naomi: Dance heals your body and mind. It’s a medicine, a spiritual enlightenment. When you say you’re done dancing, something is wrong. Whatever you are feeling, dance is that feeling made visible. It’s a beautiful thing to feel life’s music in your body. 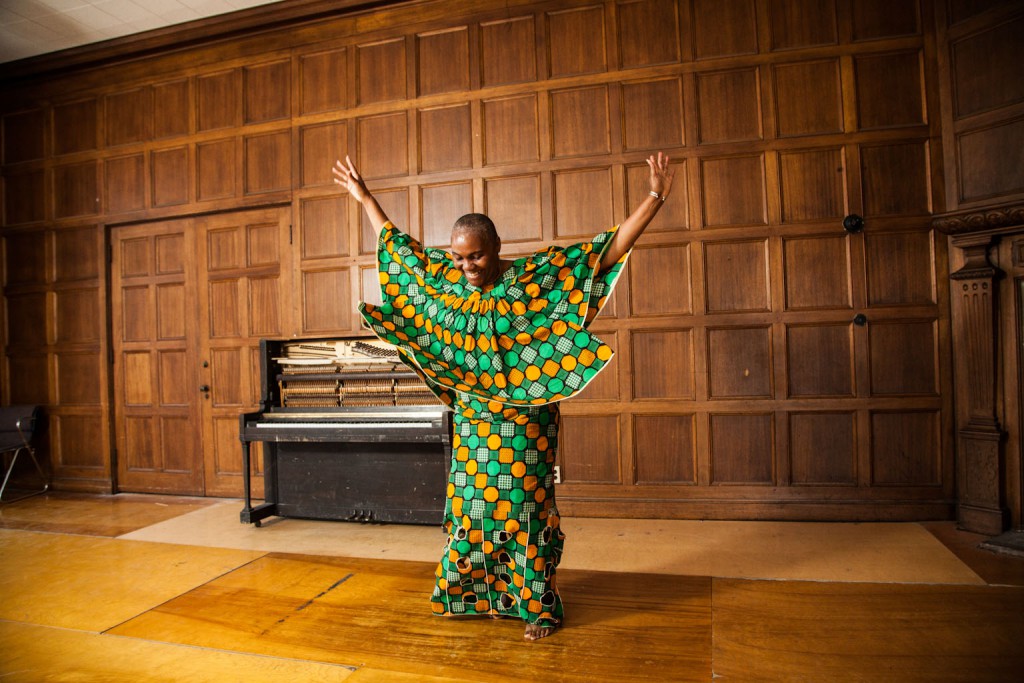 Zak: You have to give yourself time to learn. The more you learn, the better you will become. The more you know, you can create your own way.

Naomi: Treasure your foundation. Everything you need to help you grow and blossom comes from your roots. Respect your elder dancers. Their knowledge came from somewhere, and you should value it.

Naomi: One of the things we’re trying to do is to develop the archive of African dance in the United States. We want to present African dance in a way that makes it just a viable as any other art form. We want people to follow it and celebrate it from a place of knowledge. 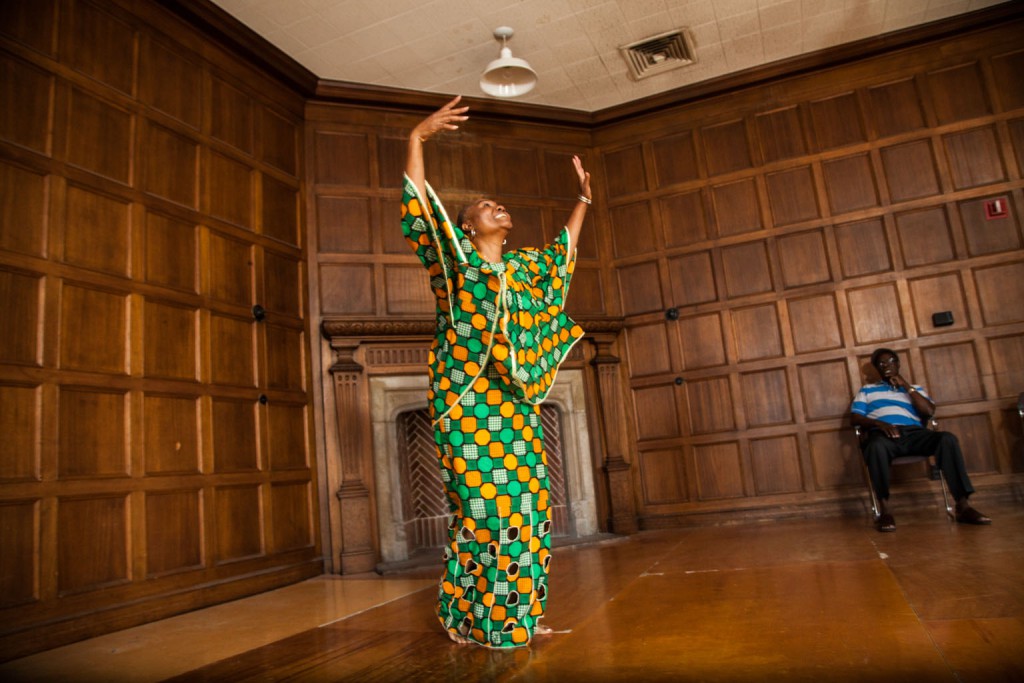 Zakariya Diouf is the founder and director of Diamano Coura West African Dance Company. He received his PhD in ethnomusicology from UC Berkeley and was director of the Mali Ensemble, a multinational company representing the unity of Mali, Senegal and Guinea. He became director of Les Ballet Africaines in 1963 and later Le Ballet National du Sénégal from 1964 to 1968. In 1969, he joined the faculty of Southern Illinois University. He currently teaches at Laney College.