After I posed each question to Mark, he would pause, deep in thought. There was nothing unconsidered in his answers.

After the interview, he very spontaneously sat down and began playing the piano. Music and dance rolled off Mark the way words didn’t. He had a torn meniscus and bad allergies on the day of his interview, though when he played the piano and danced, one would never have guessed. 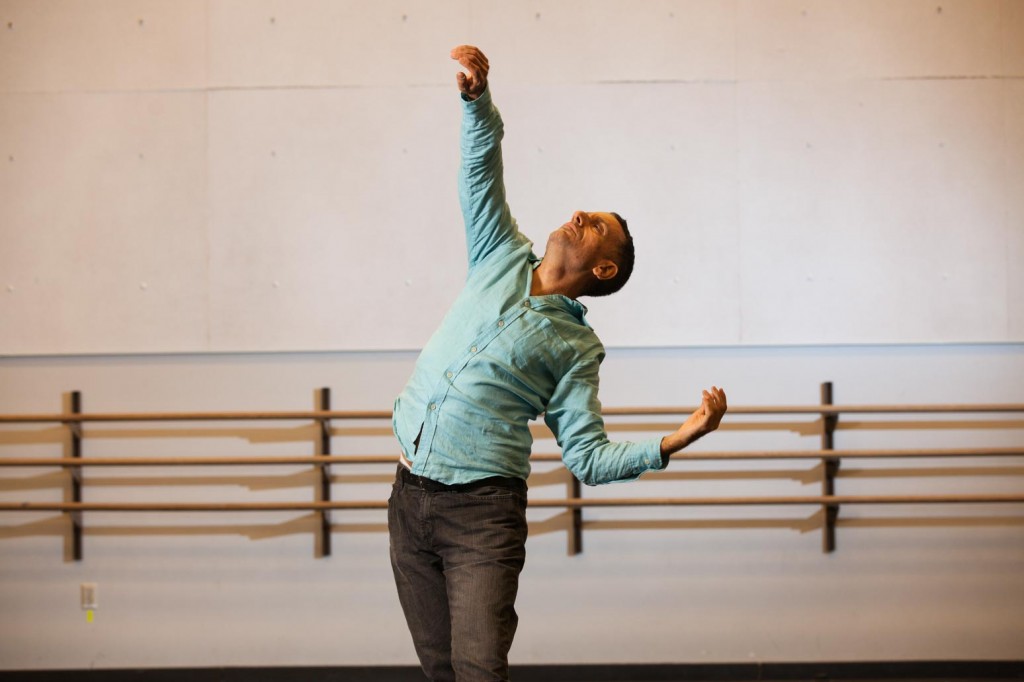 When did you start dancing and what have been some highlights along your journey?

I started dancing twice. I started at seven with tap but then had to stop after three years because of extenuating circumstances. I started again at 17, and got into Julliard with only three months of formal training. That was definitely a life-changing moment. The strange reaction I had after being accepted to Juilliard was very much like the main character in the movie Billy Elliot. He got in and then he didn’t want to go, which is exactly what happened to me. But of course I went, and it really did change my life. I entered the world of dance as an art form.

Another highlight would be the solo I made to Bach’s Goldberg Variations, which premiered in 1997. That was the first solo project I ever did, and I spent about three and a half years in a studio making it. It was a highlight because it was like climbing Mount Everest. It felt like an impossible task to make an 80-minute solo, and it took a long time for me to even envision myself doing it. And once it was done, my life was again changed. I performed it for about five years. 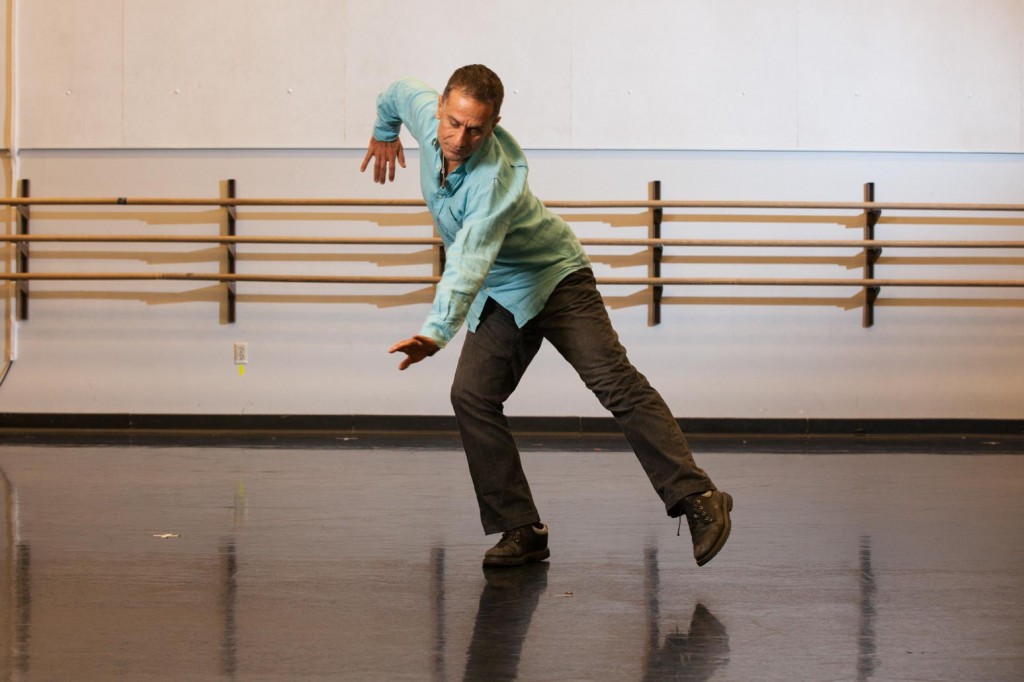 I started as a classical pianist, and I still like to play. I try to teach myself pieces that seem impossible, like Beethoven’s Last Sonata. I’ll literally yell in frustration or look at my partner and say, “I’m never going to get this.” But I know I will. Choreographing to the Goldberg Variations was like that. It taught me a level of tenacity and perseverance I don’t think I had before.

Another highlight just happened this past summer when I did an improvisation with Michael Schumacher, Kirstie Simson, Darrell Jones and Michael’s brother Tom, who also is a musician. It was a 50-minute improvisation. Four of the five of us are over age 50. The level of listening and empty-space-risk-taking was incredible… the way we left room for each other. We were no longer trying to prove ourselves. We just brought ourselves forward as simply and courageously as possible. 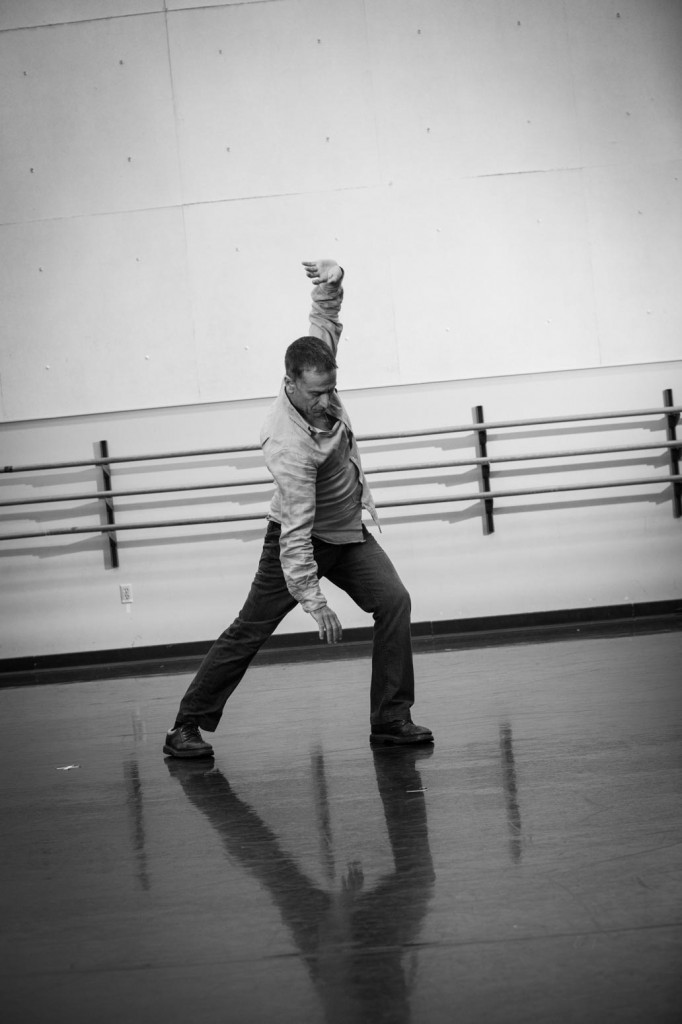 I move every day, doing different activities like swimming, riding a stationary bike, going to the gym, practicing yoga and stretching every night before I go to sleep. I go through periods where I love to give myself a ballet barre. Other times I’ll get into a studio and just improvise for an hour. It varies. But I have to do something physical. I get antsy otherwise. I just tore my meniscus, and I started the rehab exercises as soon as possible.

How have your motivations evolved for why you dance?

Overall there are two concurrent themes that have gone on throughout my life. One of the themes is never quite feeling good enough and trying to prove myself to myself or to other people. I think as life goes on I get better at catching myself doing that and trying to inhibit that orientation. But it’s still there.

The other theme is this freedom I feel, this clarity of articulation of expression. I feel articulate in my expressive muscles. It’s something I don’t get through speaking or making music; I get it through moving my body. 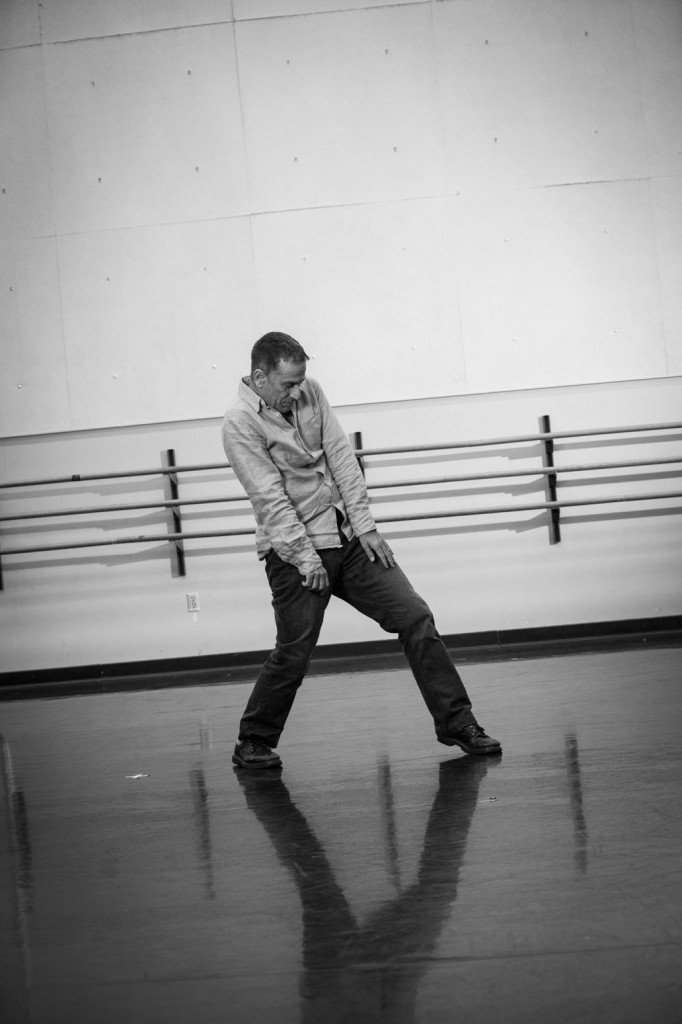 It matters all the time and it never matters. I live in that paradox.

I have a very strong goal-oriented side, and I also have a very strong drifting, fatalistic side. It’s hard to maneuver between those two orientations. They are at war within me quite often. I wish I could get them to stop playing against each other and work together. I haven’t figured that one out.

I’ve been very influenced by the Zen concept you take everything with you, and the most successful life is the one in which you disappear and all that was you disappears with you. That’s what I end up doing, but then I think I should be leaving a legacy. As pissed off as I am that I never get mentioned in Dance Magazine, it’s actually my own doing in a way. 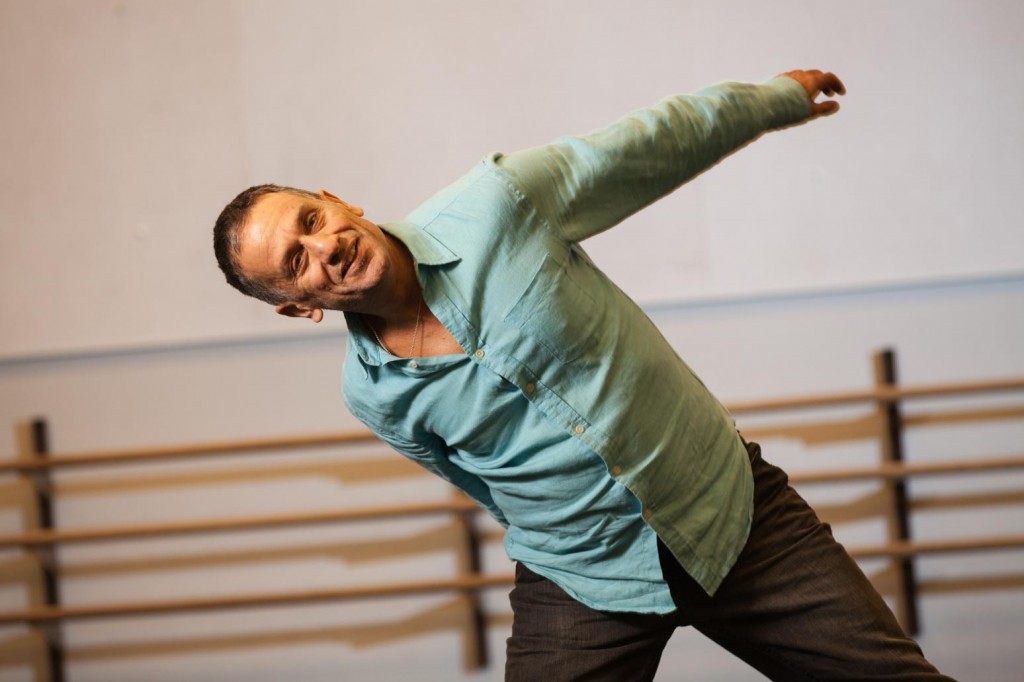 Do you think you’ll dance for the foreseeable future?

I am about to go to Osaka and dance in another improvisation with people over 50 in another three weeks. I’m going to go regardless of whether or not I have to perform in a chair.

I see the end sometimes. Things can’t go on the way they are; they have to change. And then the question is: how flexible do I want to allow myself to be to continue in a different way? That requires a lot of courage. As Bette Davis once said, “Growing old is not for sissies [sic].” It requires you to move on and celebrate what you have, even if it’s different from what you had before. 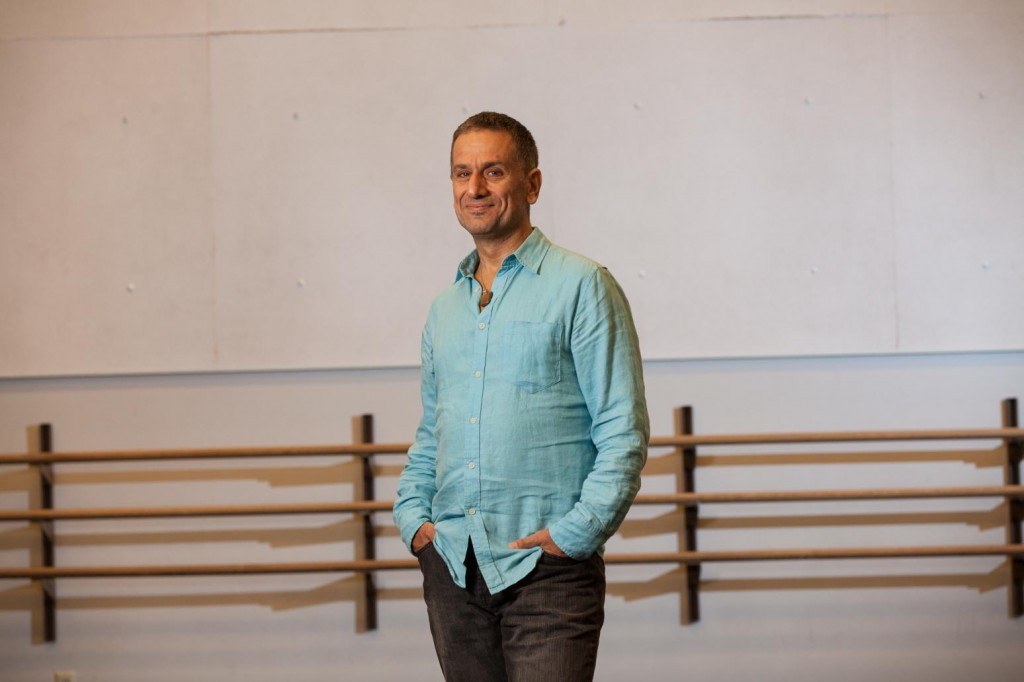 The advice I would give is based on an assumption of wanting to be a non-conformist. For the non-conformists: Be ready to shoot yourself in your own foot. Ruin your momentum. Change paths. Try new things. Disregard expectations. I see people who think of themselves as non-conformists who conform to the non-conformist agenda. To be a true non-conformist, you have to let everything go, all the acclaim and recognition.

But I don’t want to advise only non-conformists. My advice for dance artists in general would be to accept the fact this field does not move vertically. You don’t get pay increases the older you get. You don’t move up and get promoted. You go up, down, across, backwards. It’s like the Stephen Sondheim song: “I’m Still Here.” If you accept that fact, then you can enjoy the ride more. 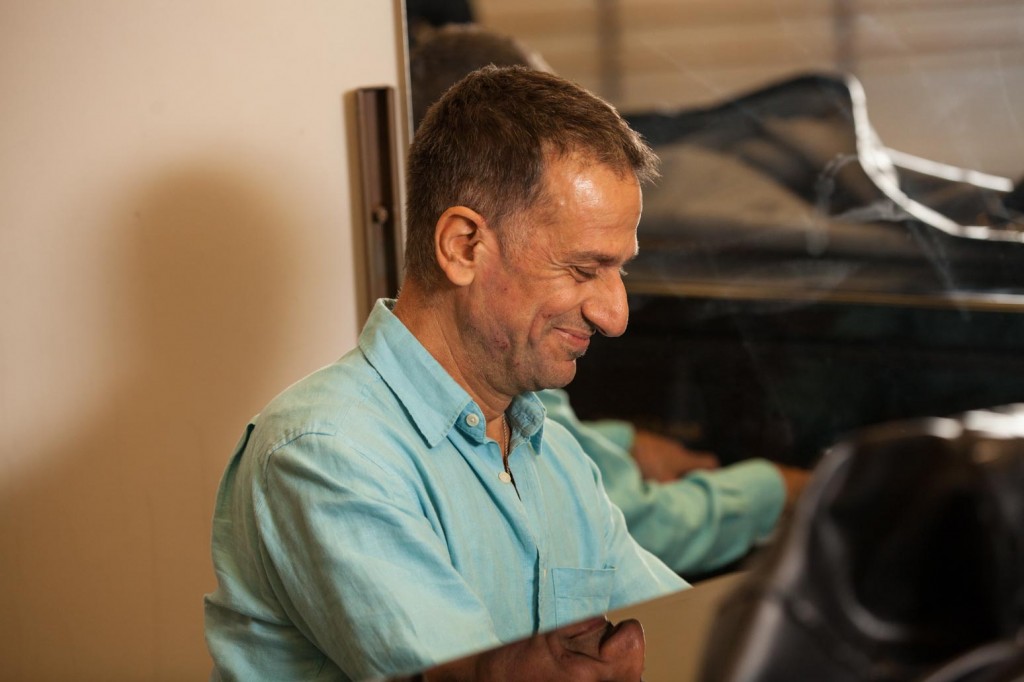 Mark Haim graduated with a BFA in dance from Juilliard. He received his MFA in dance in 2006 from the program at Hollins/American Dance Festival. From 1984 to 1987, he directed Mark Haim & Dancers, and from 1987 to 1990, he was artistic director of the Companhia de Danca de Lisboa in Portugal. Mark has been commissioned to choreograph and restage his work for numerous dance companies internationally. He was senior artist-in-residence at the University of Washington in Seattle, and has been on the faculties of the American Dance Festival and NYU-Tisch School of the Arts.