Christian spoke thoughtfully, with a deep, lulling voice. His dance, on the other hand, could best be described as that of a goofy kid playing who doesn’t realize anyone is watching him, though Christian was fully aware. He seemed like Picasso splashing in a puddle, recognizing the potential only play can truly yield. 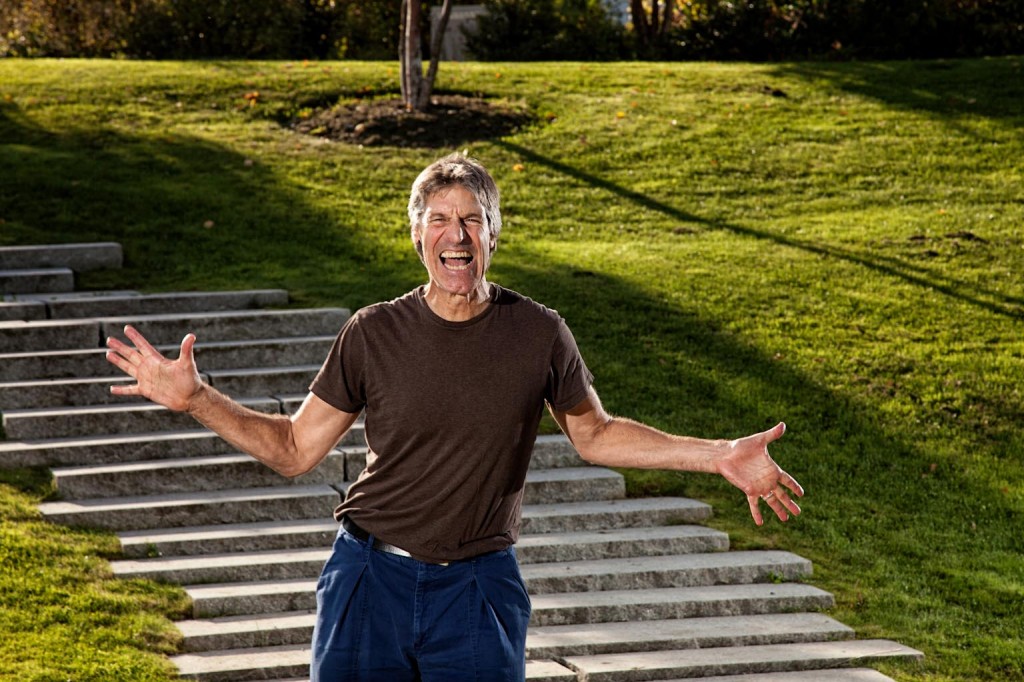 When I went to college in New Hampshire, I wanted to be a marine zoologist and study sharks. I went to my first calculus class and the teacher started talking about f of x. I walked out of the class bewildered. I ended up dropping out of school and working on a trail crew. My coworkers and I went to the movies one night and watched That’s Entertainment. I’d never seen guys dancing before and it blew my mind. We came out of the theater and it was sleeting outside. Across the street was a gazebo in a park and we lumberjacks began singing and dancing in the frozen gazebo. When I went back to school, I took a dance class. It fascinated me and I went straight into doing dance and mime.

I tried New York City for a couple months after college. It was exciting, but overall the environment was too intense. I had a job lined up in Alaska, and when I came back I landed in Seattle and saw the Bill Evans Dance Company. I took a workshop with Bill and decided to study under him. Within six months I got a job as an apprentice with the company. That was a huge stepping stone. The company members were sent all around the state to teach dance in the schools. As it’s turned out, teaching in the schools has become my mainstay for the past 40 years.

I worked with a number of choreographers after Bills Evans. Another dancer and I started a company of two and went on tour. Then I started doing more solo work. I was really interested in combining the voice and the body. I was playing with singing songs and dancing them, but not like musical theater. It fascinated me to figure out how to go about interpreting a song as a dancer. What do the two instruments have to do with each other? This started a lifelong fascination with what I call “Human Jazz.” 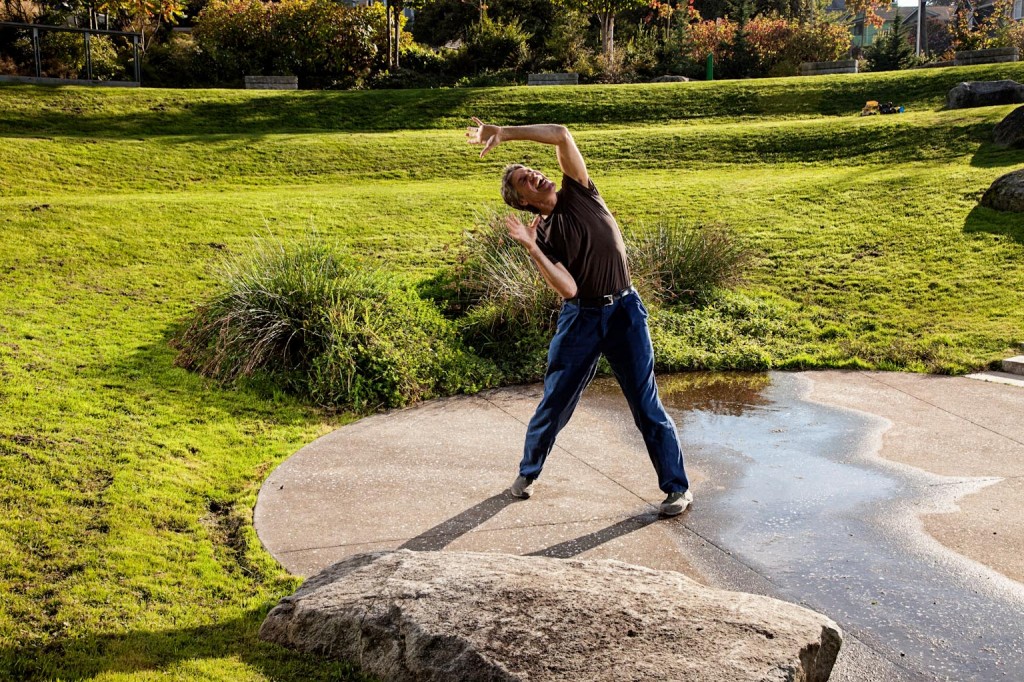 In 1989, I sent a video to a woman in New York who worked for Serious Fun at Lincoln Center. She loved the video, brought me to New York, I got great reviews, and was generally stunned by it all.

For years I would go to the studio and practice improvising. I had a lot of technique but that knowledge didn’t feel particularly informative as to what the body should do to this or that sound. It took a long time improvising by myself to get rid of all the moves I’d learned to do. I had to get that vocabulary out of my system and let my physical imagination do what it wanted. 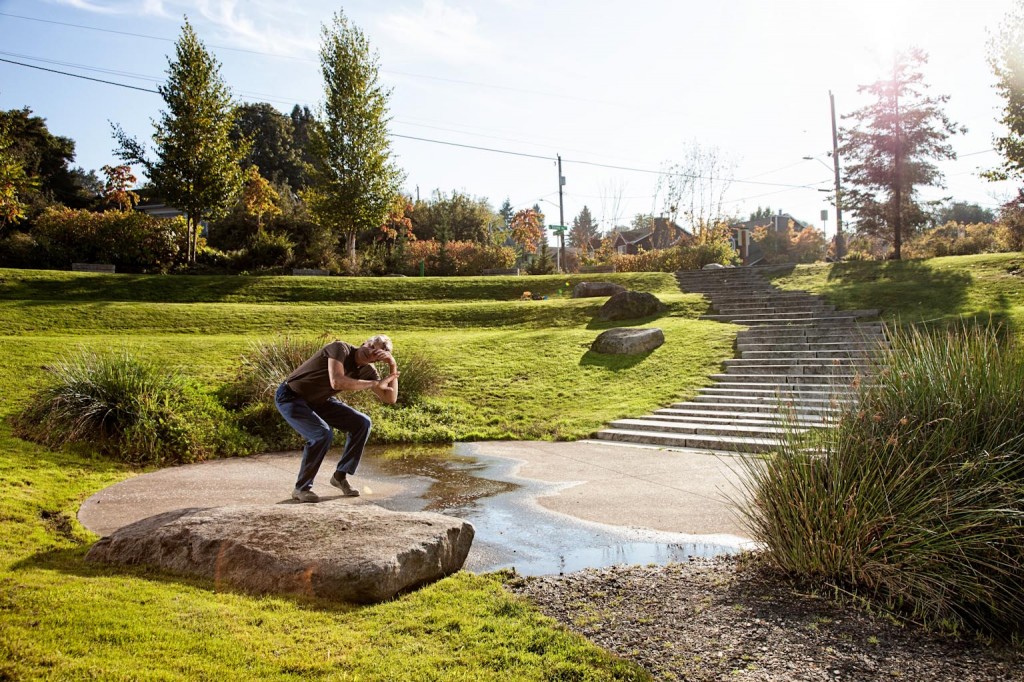 What does your current exercise and dance practice look like?

Over the past year, I’ve done contact improvisation a couple times a week and facilitated a local jam. When I have a chance to go to the studio I’ll often just sing because it hurts my knees less. My knees have severe arthritis and will both be replaced soon. My singing could be described as global world scat mixed with extended song. I’m kind of like a one-man jam band. I love playing with gibberish and tongues.

How have the motivations for why you continue to dance changed?

Most people are solely singers or dancers, or they don’t share the same character creature bent I have. Partially I have the sense that if I don’t do what I do then no one else will. There are times when I’ve met people who can join me right where I’m at, which is really exciting. Otherwise I occupy a lonely place.

I look over old journals and see I’m still chasing the same ideas: why is this or that more interesting or boring? It’s my very selfish obsession with my own curiosities and creative world. 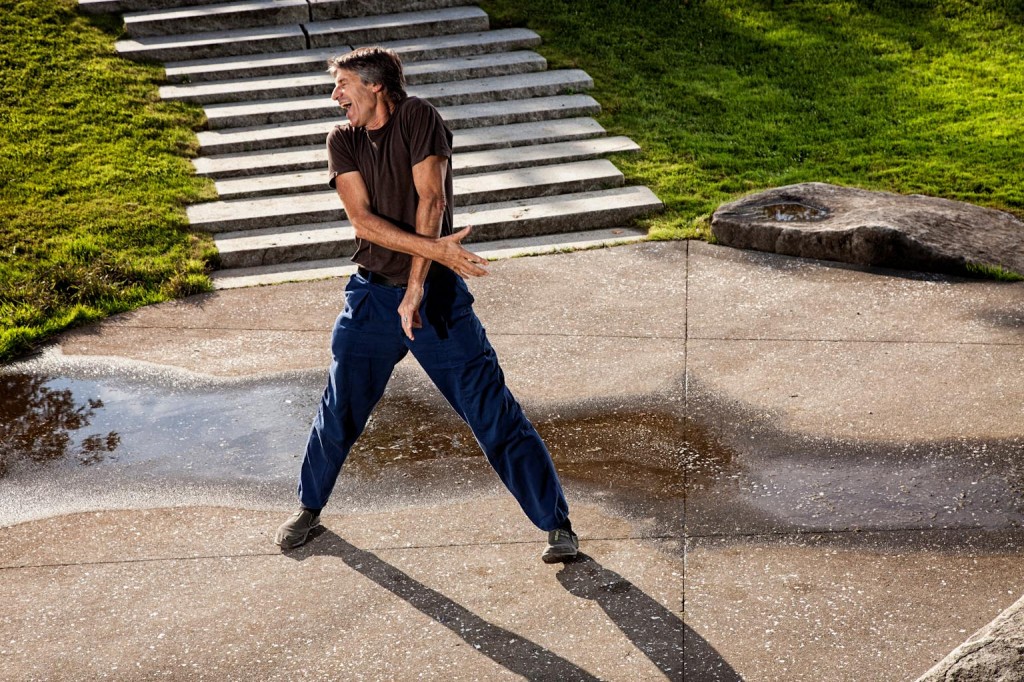 What does the idea of success mean to you? Do you feel like you’ve achieved some measure of success?

It changes. Performing in New York City was really exciting, and then I went back with a commissioned piece which was kind of a failure. Yet the success of being able to hit the road and tour the rural Northwest or Nevada and hit little communities makes me very happy.

There’s a sense I could have been more successful if I’d pushed myself harder, but it takes a competitive person to want to chase after that stuff. It would have taken a willingness to leave my family while I went off trying to be famous. I owe a huge amount to my wife. I married a Jewish doctor, so I don’t have to worry about bringing in lots of money. That became a part of what has allowed me to keep dancing instead of having the pressure to chase after more money all the time.

What is your sense of your legacy?

In working with younger people, I like to serve as an example: A grown man doing something totally physical and crazy that involves hard work, sweat and has nothing to do with getting points or impressing people. 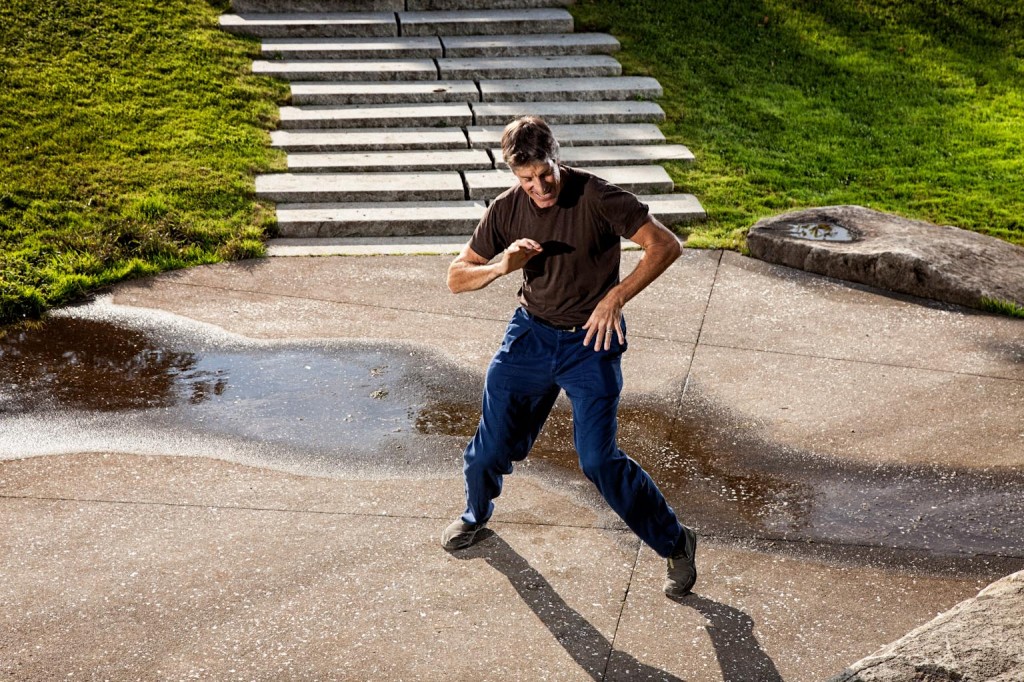 I think so, though the whole knee thing has me worried. I’m over 60. Do I still want to keep doing the same kind of work? Do I still want to be falling down and jumping around for children? Is there something I can do that’s slower and less exhausting?

I don’t know how the next few years will go. I’ll still sing and dance, but it might not be performing.

Diversify. Use your voice. Learn to act.

Learn to work with kids. In this culture there’s always money in art for kids as opposed to art for adults.

Understand what you’re doing really is playing with energy. It’s hard work, but it’s a deeper kind of play despite our culture’s hatred of play with our puritanical work ethic.

Don’t be afraid to be crazy. 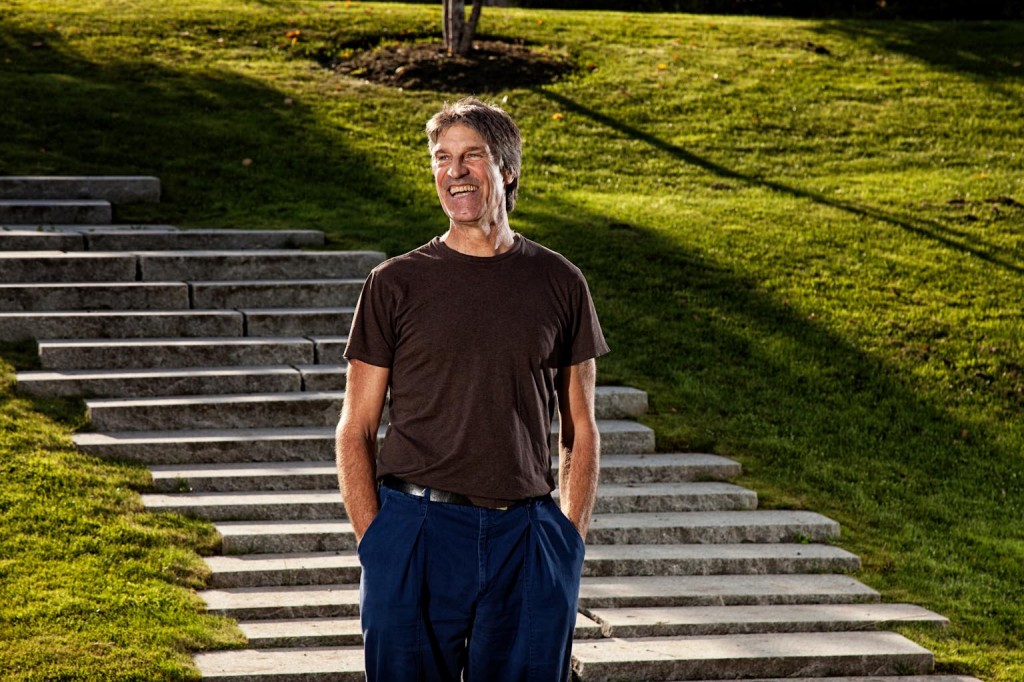 Christian Swenson earned a BA in theater from the University of New Hampshire before moving to Seattle to work with the Bill Evans Dance Company. For the past 30 years, he has been performing creations for the body and voice. Since 1980, he has been a touring artist, visiting communities and schools in the Northwest and throughout the country, as well as in Canada, Europe, Japan and Nepal. Christian released his first album, Off-Road Vocals, in 2000. He is known for what he calls “Human Jazz,” a fusion of dance/drama/music for body and voice.

One Response to “Thoughtfully Playful: An Interview with Christian Swenson”