When the flash of the camera hit Iris, more than the air around her lit up. An utter ham who could not be pulled from the limelight even in her own living room, Iris’ sense of humor and play were immediately evident as she shimmied in her pearls and high-kicked around the light fixtures. Tribal music blared from her stereo as she sought to bring down the house – both the one she lived in and her small audience of Gregory and me. And down indeed she brought it, pearls and all. 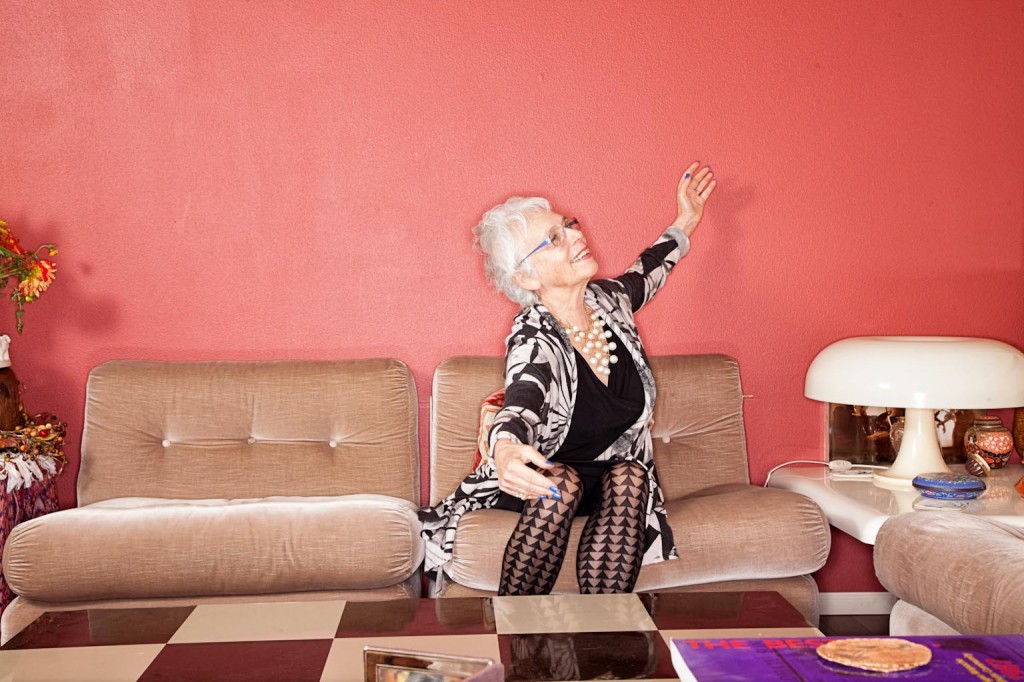 I was around 12 when I started dancing. One day my friend said, “My mother’s going to take me downtown to George Balanchine’s School of American Ballet.” And I said, “I want to go too.” My mother didn’t want me to go because of money but finally I got her to agree. She thought I would only do it for a short time. At some point my friend stopped dancing and I, of course, continued. 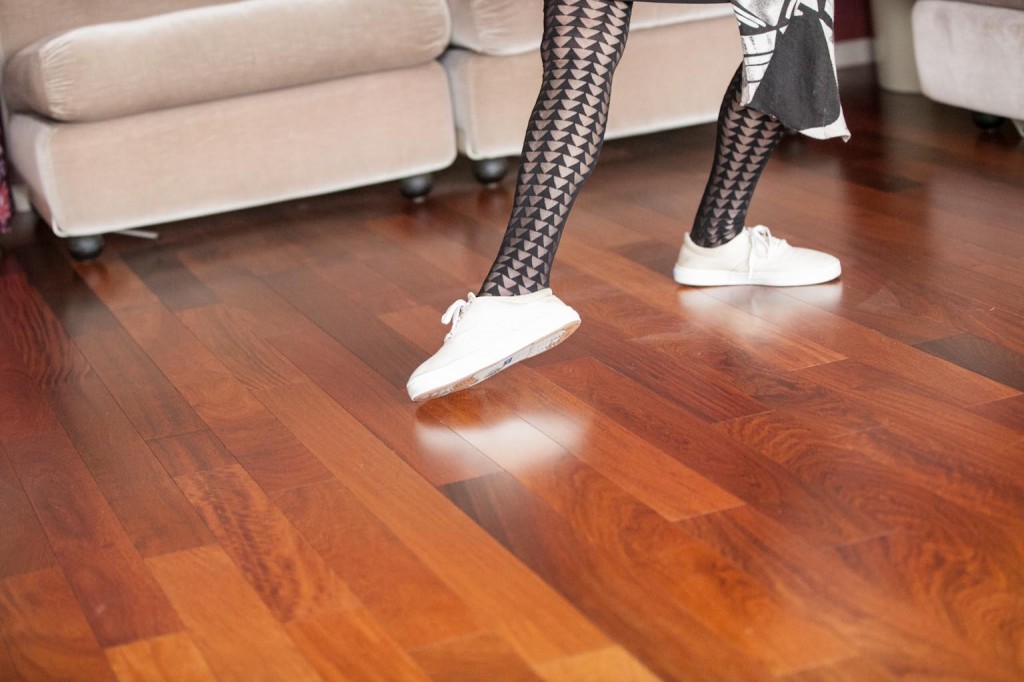 The School of American Ballet was the Mercedes of the dance world. Mr. B, as we called him, was at one point married to Tanaquil LeClercq. I used to peek in the rooms and see her dancing. I also went to school with Robert Joffrey.

All of this was very other worldly to me. I grew up in the Bronx on Grand Concourse. I’m an only child and my parents owned a dry goods store. It’s like magic what happened. I consider myself blessed. 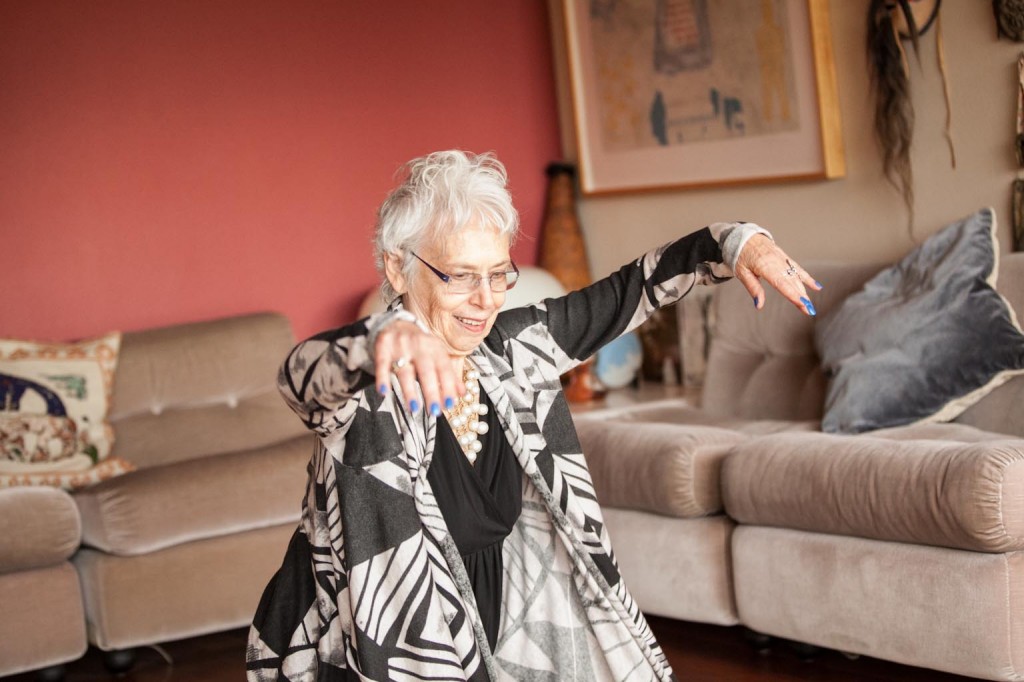 I also did many seasons of summer stock. By my late teens I was doing a lot of auditions. I auditioned for The King and I with Jerome Robbins, and was cast in the chorus. But they filmed it in Los Angeles and I didn’t have the money to go, so I wasn’t in the film.

Around that time, I was hostessing in a little tea shop downtown, and sometimes I would get off work at two or three in the morning. I was riding the subway very late one night, and I saw this guy come toward me opening his fly. I thought, “Uh oh, this is not good.” So I picked up a newspaper nearby and put it in front of my face. On the paper was an announcement that a woman named Gypsy Markoff needed five 5’4” dancers to go to Europe with a show. I thought, “That’s what I want to do!” 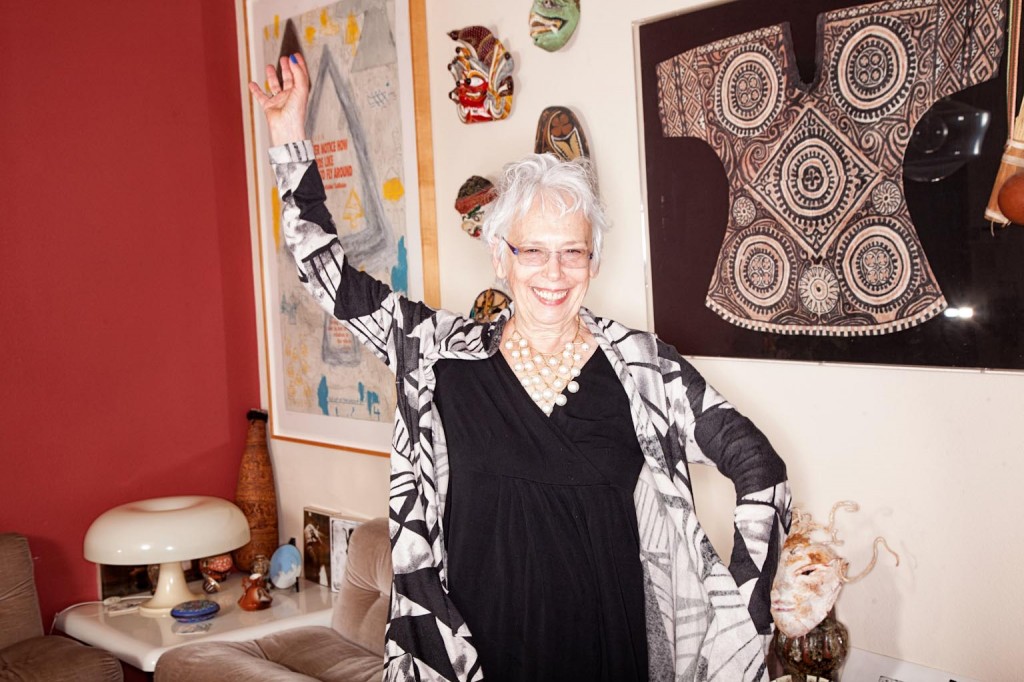 I would stop people on the street in front of Carnegie Hall and ask if they knew Gypsy Markoff. Finally someone had, and I tracked her down. I called Gypsy and made an appointment. She asked for my credentials and I made a lot of it up. She told me I needed to audition. I’d been in many shows but had never done a solo. I got a friend to teach me a number, and got the job. 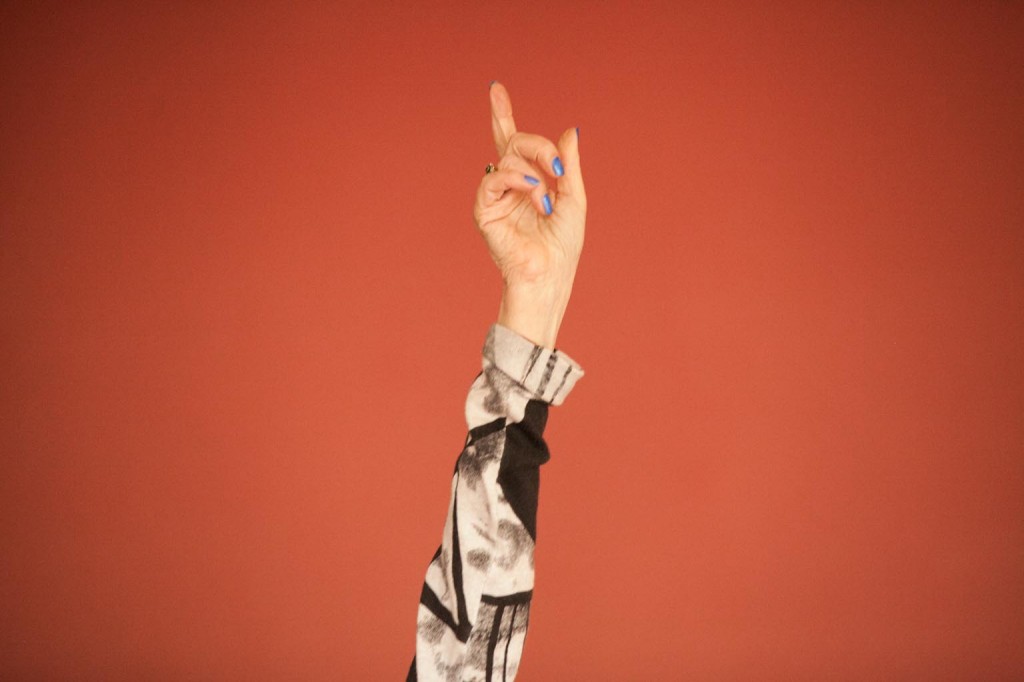 The performances in Europe were for the USO [United Service Organization]. We stayed three weeks and then I returned to Paris a few years later to do a show called Paris mes Amours with Josephine Baker. I stayed another two years after that to tour with various companies. It was all jazzy kinds of stuff. I even performed with a Haitian-African dance company at one point. My last gig in Europe was with an Argentinian company. I joined with the promise I would end up in Vegas but that never happened and I ended up financing my way home.

In 1974, I joined the Idea Company, run by visual artist and dancer Claudia Chapline. We worked with multi-media, and I produced a piece called Cross-section. I was raising a child at the time, and stopped formally performing. By chance, I became an art consultant. I walked into a gallery in Los Angeles and saw these pedestals topped with headless angels. I loved the work, sought out the artist, and discovered she wasn’t marketing her own work, so I spontaneously took it upon myself to market her and other artists in commercial venues.

I moved to Seattle in 1989. Slowly and in fits I’ve started dancing again. 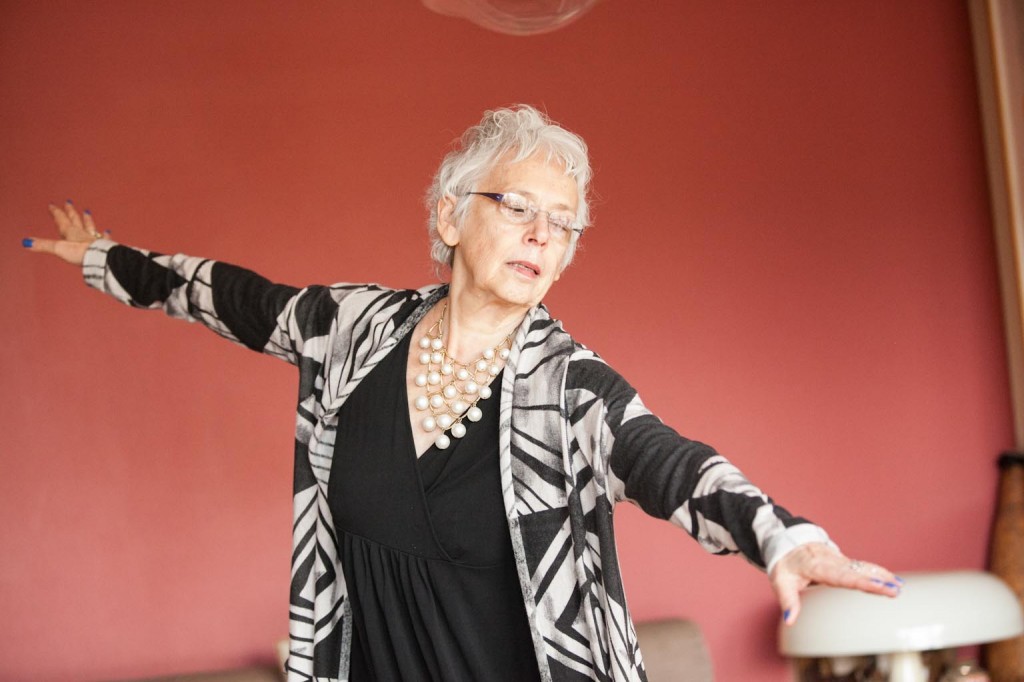 I don’t perform much anymore. I’ve had a series of back problems though through good physical therapy I’ve become much stronger. I mostly do my own exercises, but those can become tedious. I recently started at a gym and that seems to be quite helpful. A club down the street has asked me to teach ballet barre. I also just recently did a gaga class for the first time.

Dance is, and has always been, about joy. I dance because I want to share my joy.

I didn’t know that when I was younger because I hadn’t thought about it, but ballet especially is about being outward to others. It’s about sharing your gift. 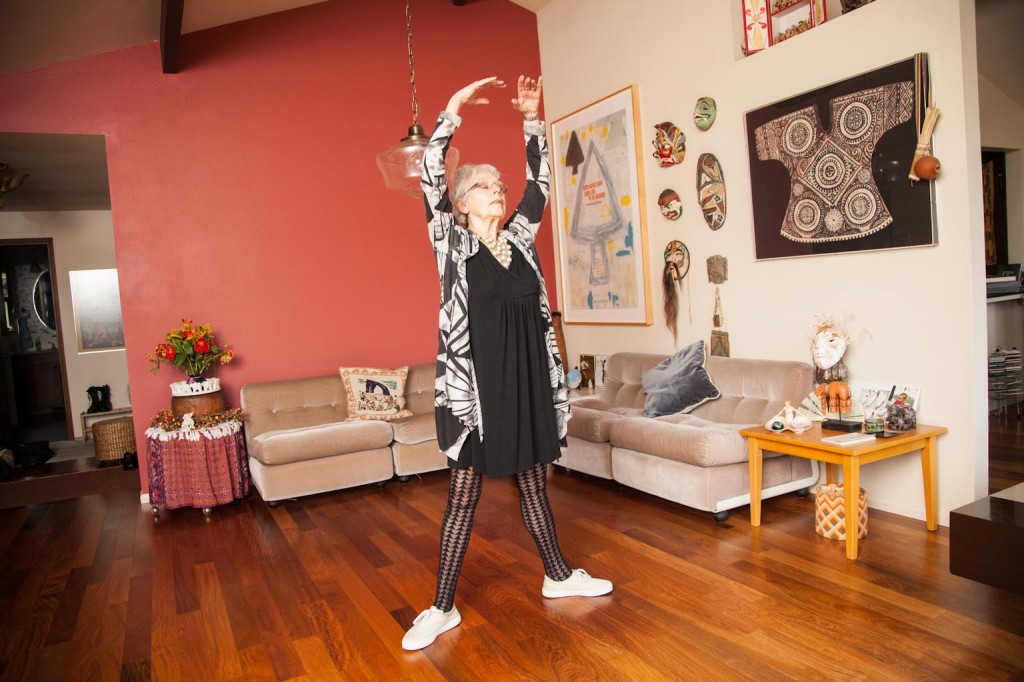 The word “success” doesn’t mean anything to me. I found I was good at dance when I was younger, so I thought, “Why not pursue it?”

That I have made an offering and hope that I can continue to do so.

Yes. So far the form has been mostly improvisational. I really dance for myself now. I don’t dance for a public. If someone else would like to watch or join in, fine. 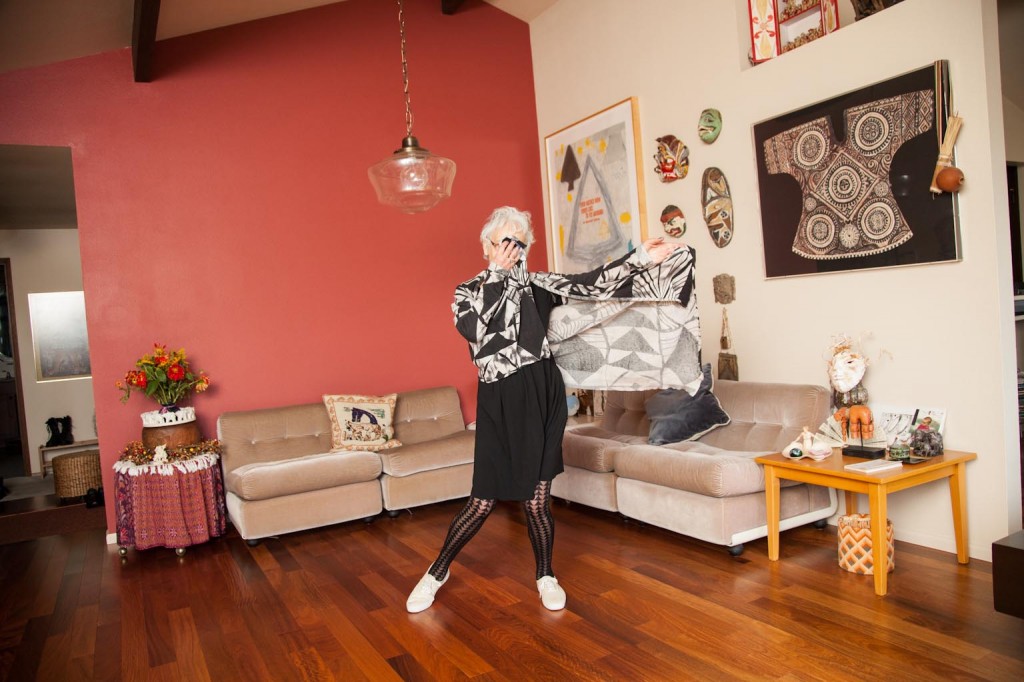 There are now many avenues for young people who have a passion to move. However, there needs to be openness, discipline and a curiosity to explore. It’s also good when there’s a confluence of events that magically propel you forward.

It has to do with passion. If you’re passionate about something, then it’s good to pursue it. If not, don’t do it. Dancing is a lot of work, especially if you do it in a formal manner. I think ambition needs to take a backseat to passion and joy.

Movement is what it means to be alive; if you’re not moving, you’re not alive. That doesn’t mean we have to be moving constantly, but that we are moving even when we are apparently still. 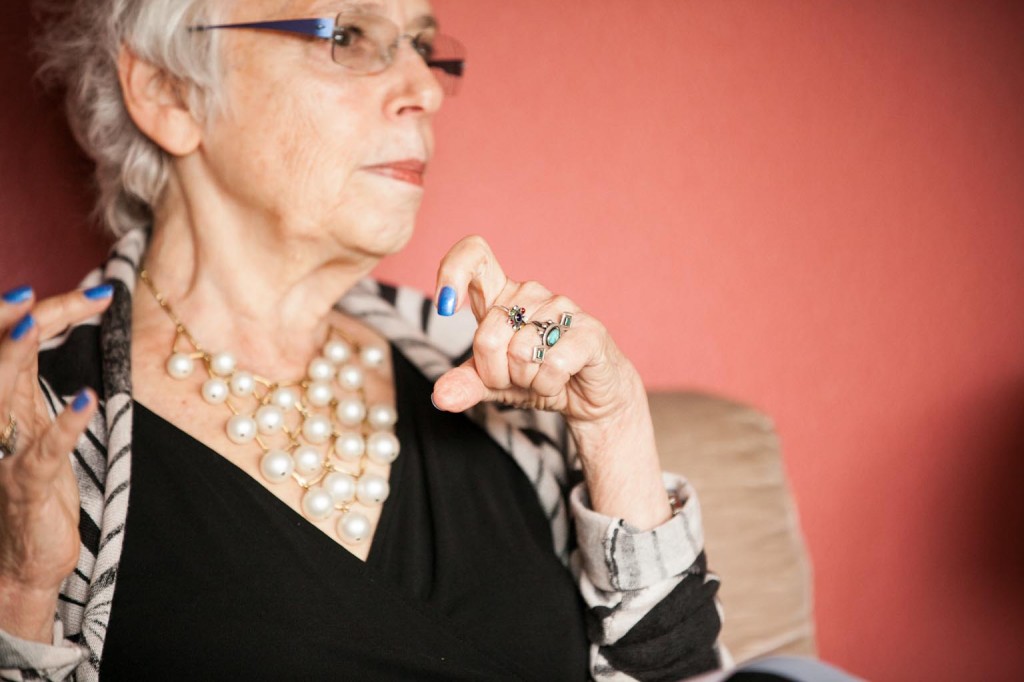 Iris Tansman studied at the School of American Ballet, and performed in shows throughout the United States and Europe. One of the many highlights of her career was dancing with Josephine Baker. After she formally retired from dance, she enjoyed a second career as an arts consultant. She currently suffers from vertigo and has been a spokesperson for the Vestibular Disorder Association.