Eric danced aerobically among the fallen leaves on a grassy patch in Tanner Springs Park in Portland. A jackhammer pounded in the distance. Passersby glanced over curiously.

Watching Eric, the phrases “in his prime” or “past his prime” seemed irrelevant. With his facility still fully at his disposal, his movement also reflected a softness and maturity, as if the spring of his eagerness had been tempered by the first signs of autumn. 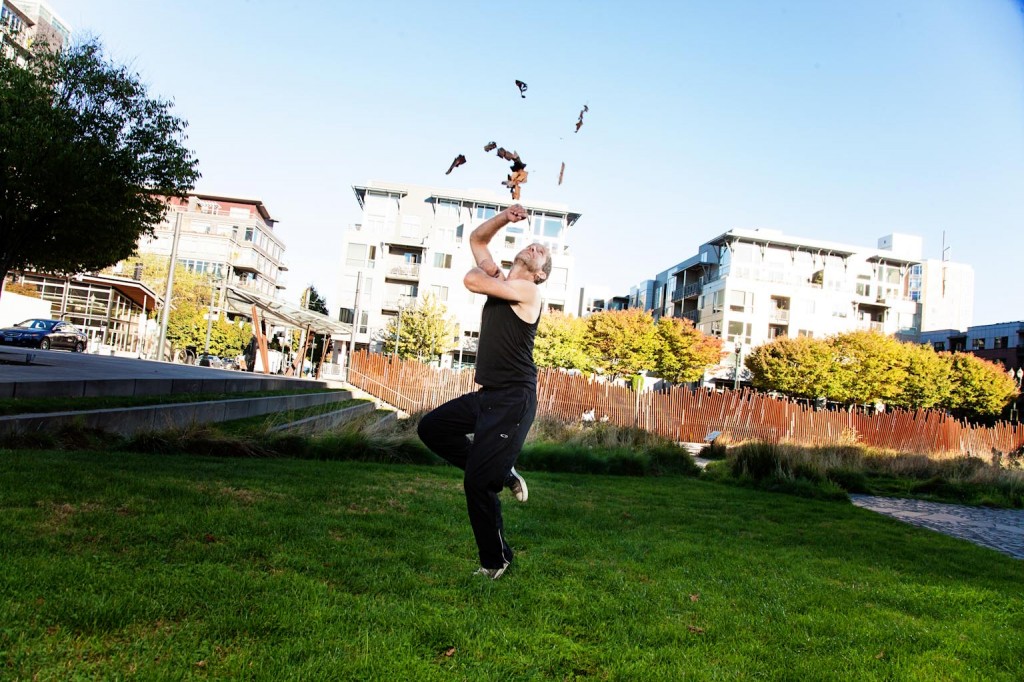 I started dancing about a year before I started college. I had always wanted to dance. When I was 17, I was finally able to drive, so I started driving myself to Indianapolis to take classes at Jordan Academy, an offshoot of Butler University. I ended up going to Butler and getting my formal training. I graduated from college and got a job as a trainee with Milwaukee Ballet. Then I ended up getting a full-ride scholarship to Pacific Northwest Ballet the following summer and met two guys there who worked with Ballet Oregon. Portland had two ballet companies at the time: Ballet Oregon and Pacific Ballet Theatre. I got a job with Ballet Oregon, and then left that company and joined Pacific Ballet Theatre, and then the third year I was there they merged and became Oregon Ballet Theatre. So I was a founding member. I spent seven years with OBT. A highlight was doing José Limón’s The Moor’s Pavane with Elena Carter, everybody’s goddess of dance in Portland at the time. Another highlight was doing A Certain Depth of Heart, Also Love by Bebe Miller. 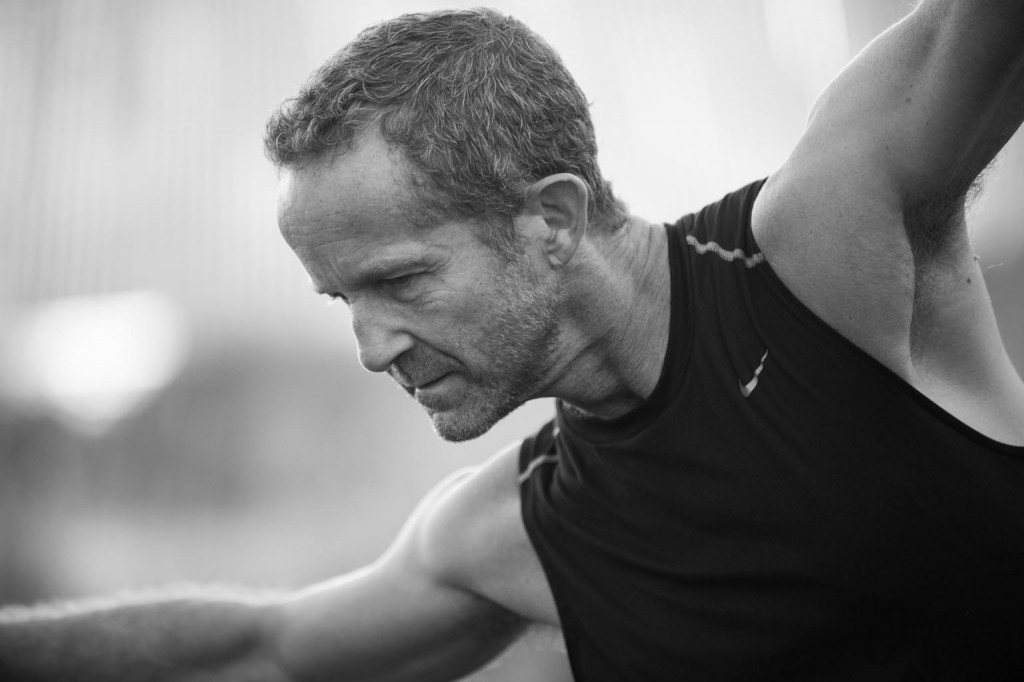 Then I left OBT and freelanced with a bunch of choreographers in town. In the process I met Jamey Hampton and Ashley Roland. We did an opera together and that was the catalyst for starting BodyVox. One of the neat things about BodyVox is we’ve performed in obscure places that have ended up being among the most interesting and fun. For instance, we flew to New Delhi, India to perform in a wedding and stayed only three nights. We would have stayed longer but we had to get back for a performance in Medford, Oregon. BodyVox has been an amazing ride 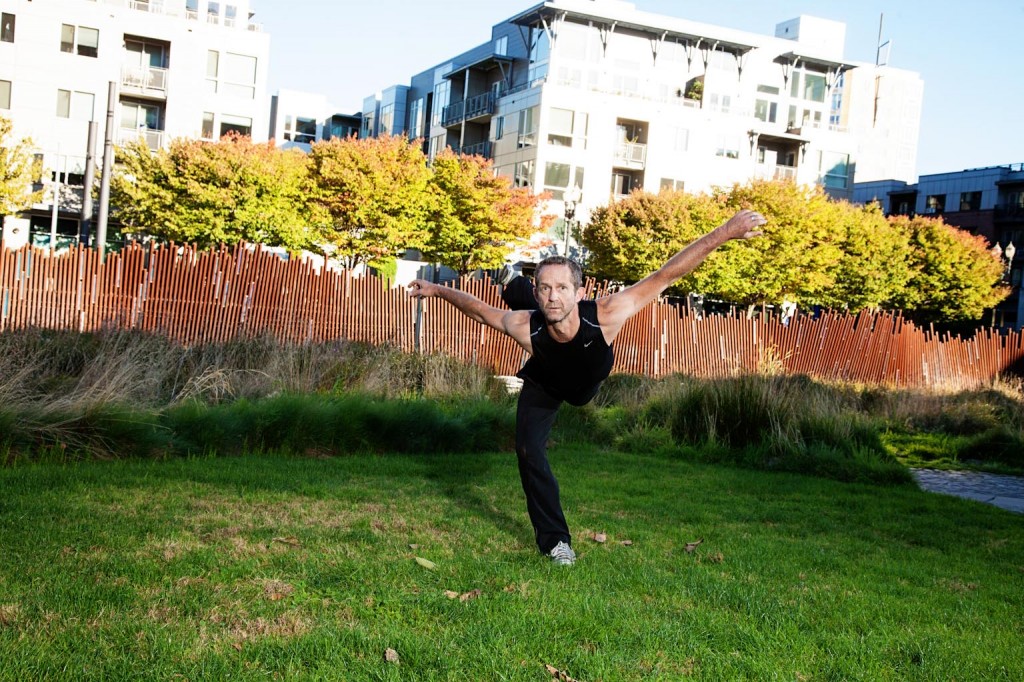 A little after BodyVox was founded, Daniel Kirk and I started our own company called Skinner|Kirk Dance Ensemble. BodyVox was Jamey and Ashley’s vision and dream, and Daniel and I felt we needed to have a voice of our own, so we created our own dance company. We do about a show a year.

We have rehearsals and classes four days a week at BodyVox, so that’s part of my scheduled dance routine. I teach a lot of dance, and then if I’m choreographing I do it in the studio or my kitchen. I do go to the gym, but not on a regular basis. If we’re on a layoff from BodyVox, I’ll hit the gym a lot more. BodyVox is a very physical company. 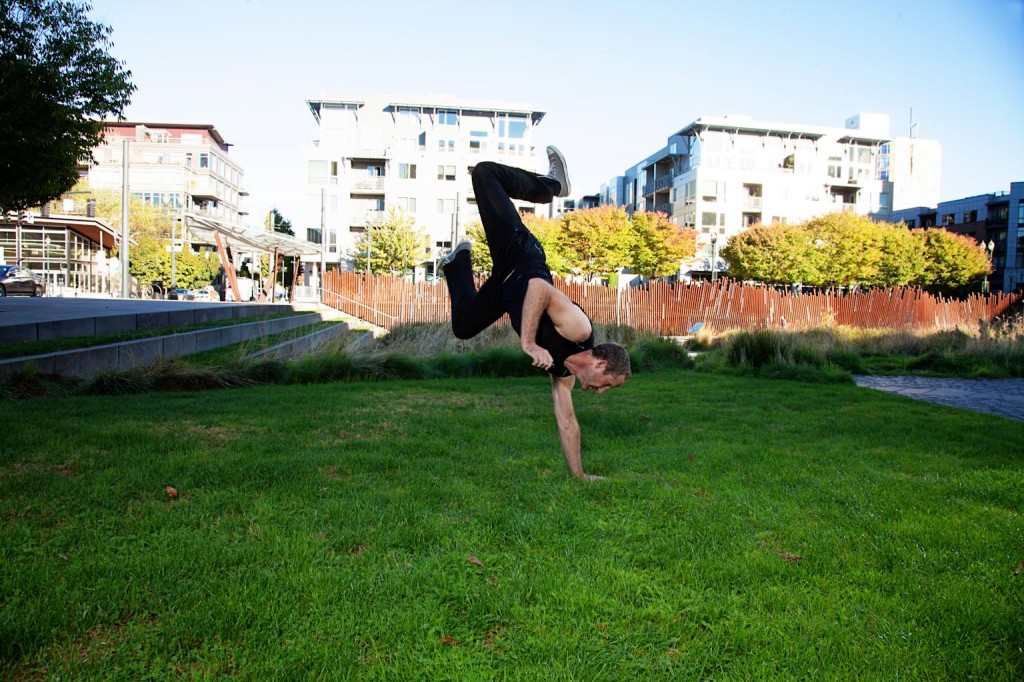 I’m not sure they have changed. I remember a conversation I had when I was around seven years old with my grandmother. She asked me what I wanted to do, and I said, “I don’t know, I really like dancing and cooking.” She said, “Well, you can be a dancing chef.” And I do both of those to this day; I love to cook, and my passion for dance has always driven me. As a kid I swore off sitting behind a desk. I was a little hyperactive, doing cartwheels down the aisles. When I first started out as a dancer, I was just happy to get a job. I never thought about starting a company or becoming a choreographer. I’ve found new passions for creating work. I still love to perform too. 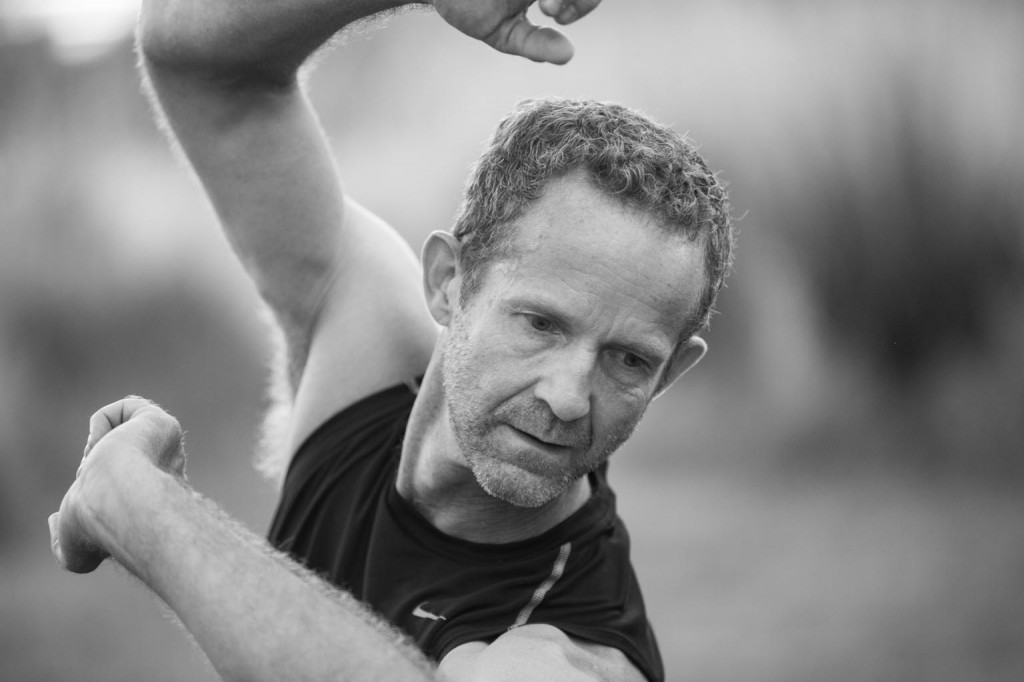 I feel like I have accomplished every goal I set for myself as a young kid when I wanted to be a dancer, and beyond. I look at that as being successful. Success to me is doing something I love to do and am passionate about. I knew going into this that I wasn’t going to be a millionaire. I’ve supported myself for 25 years on dance. 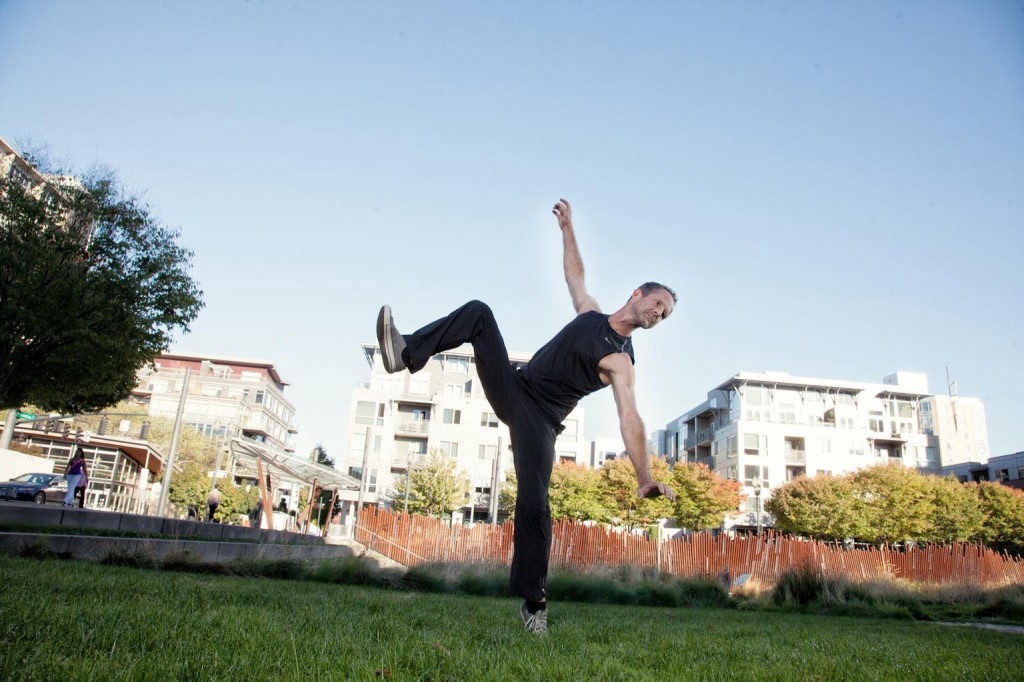 It’s been creeping in a little more in the recent past. As I get older I keep thinking, “Am I doing dance for me or is there something I want to leave behind?” And I haven’t quite figured that out yet. But the idea of a legacy is becoming more intriguing. I don’t know how it will end up.

I often think: “I’m 50. Do I want to keep doing this? Or do I want to quit and do something else completely?” At 50, I still have 15 to 20 good years of work in me. I could do something totally different, but I have a hard time seeing what that would be. I want to dance.

I’ve always worked on gut instinct, and I still have things I want to do or say, either through dance or choreography. I’ll keep exploring those as long as the opportunities present themselves. 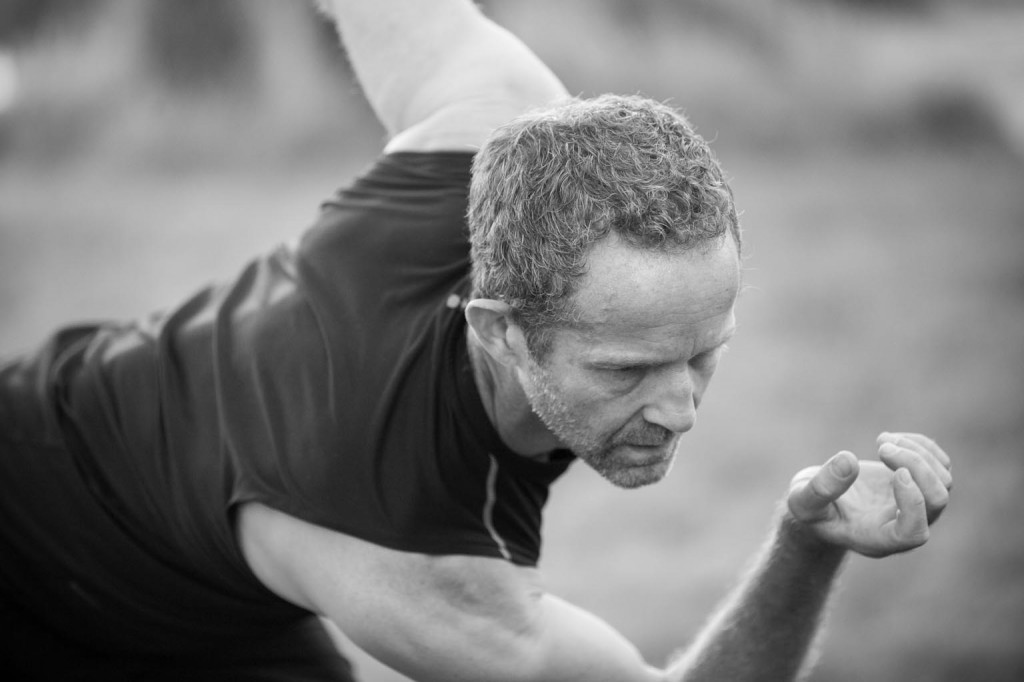 Don’t be afraid of following your dreams. I grew up in a small Midwestern town in Indiana where dance was laughed at as far as a young boy was concerned. But I had the passion, drive and desire to get out and do it, and I’m so glad I did. I think I would be miserable if I hadn’t followed those passions. 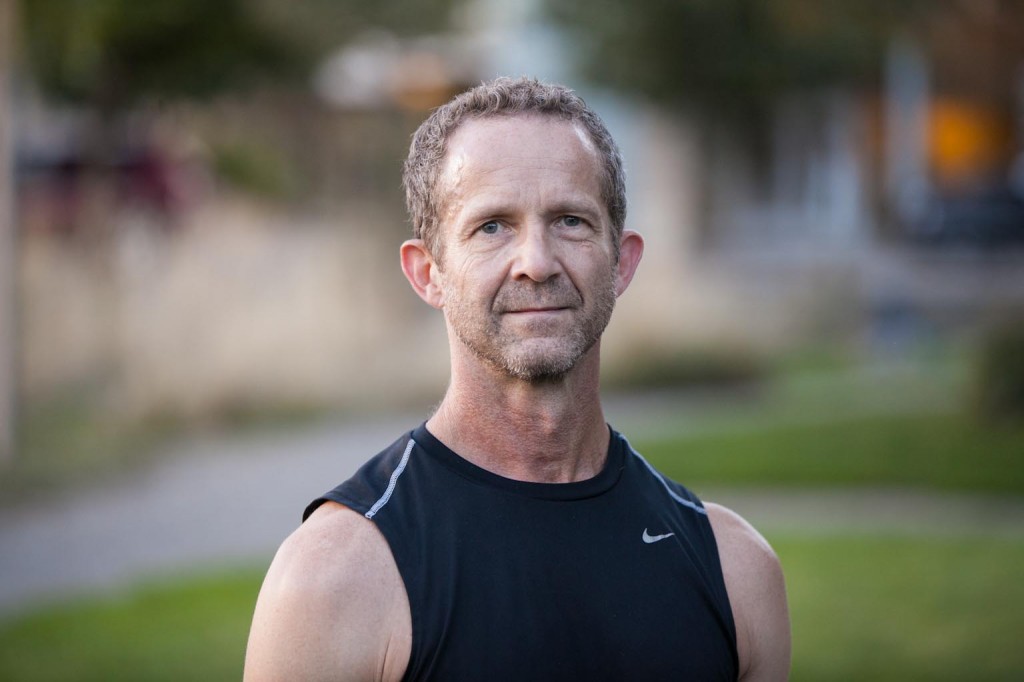 Originally from Muncie, Indiana, Eric Skinner received his BA in dance from Butler University. He has danced professionally with the Milwaukee Ballet, Ballet Oregon, Pacific Ballet Theatre and Los Angeles Chamber Ballet, and was a founding member of Oregon Ballet Theatre. Following his departure from OBT, Eric danced with Gregg Bielemeier and was a founder of aero/betty aerial dance theatre before joining artistic directors Jamey Hampton and Ashley Roland in BodyVox. Eric is also co-artistic director of the Skinner|Kirk Dance Ensemble with his partner Daniel Kirk.