Gregg spoke in a series of direct declarations. He could be summed up as seriously funny, or perhaps funnily serious; either way, he was quick to make his point.

When he danced, something else surfaced entirely. The space began to swirl around him concentrically. Like a branch in flames or a bird coming in for landing, the air he inhabited was transformed. 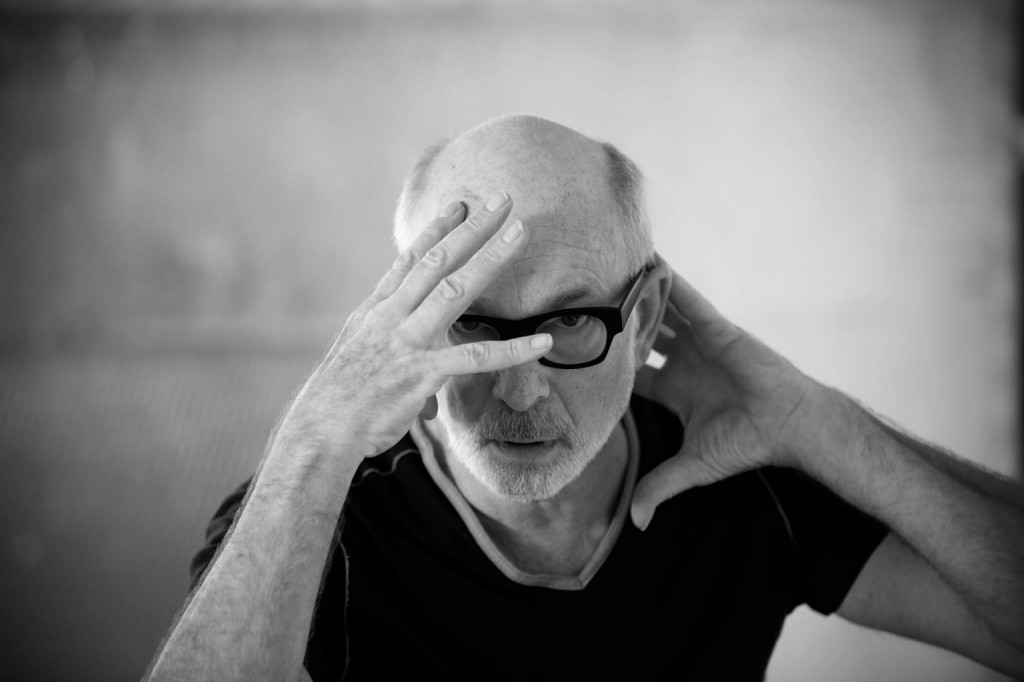 I grew up in a really small town called Mt. Angel in Oregon. There were 1,200 German Catholics, a monastery and a convent. I just kept thinking, “Get me out of here!” I always knew I was an artist.

In my sophomore year at Portland State University I needed a PE credit, which is where I found dance. I was a sculpture major, so there seemed a logical transition from sculpting materials to sculpting myself. 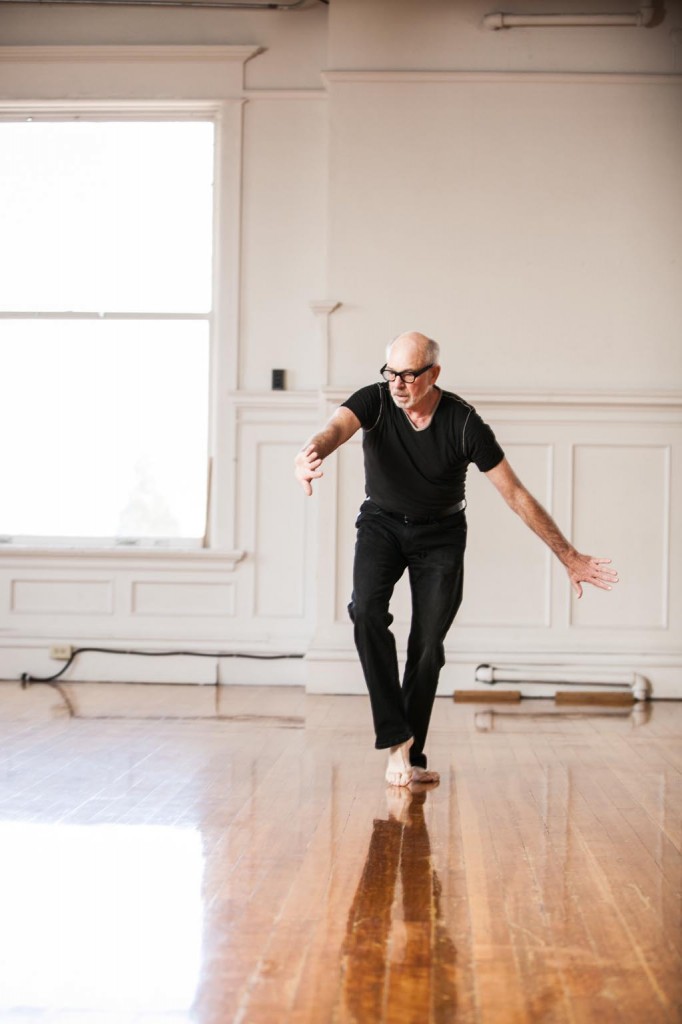 In 1970, I was picked up by five women who were starting Portland Dance Theater. I had only been dancing for half a year. They wanted to train me, so I became an apprentice. I ended up being with their company for 10 years.

I moved to San Francisco for about a year and a half, and then I had an opportunity to move to Amsterdam, so I lived there for about three years before coming back to Portland for a little bit. Then my partner at the time got a job in Los Angeles. I lived for five years in Pasadena, which had some really great performance opportunities. I moved back to Portland in 1993. I teach at Portland State University and helped open Conduit Dance.

I do my own maintenance, and teach three to five classes a week. Without getting too dramatic, I had a near-death experience last year. I had cancer. It was pretty devastating and totally did a number on my body. Only now do I feel like I can do things again after being in bed for five months. It was horrible, but humor is what cured me. I made sure to tell jokes the minute they announced my diagnosis. And it worked. I am a huge proponent of humor. 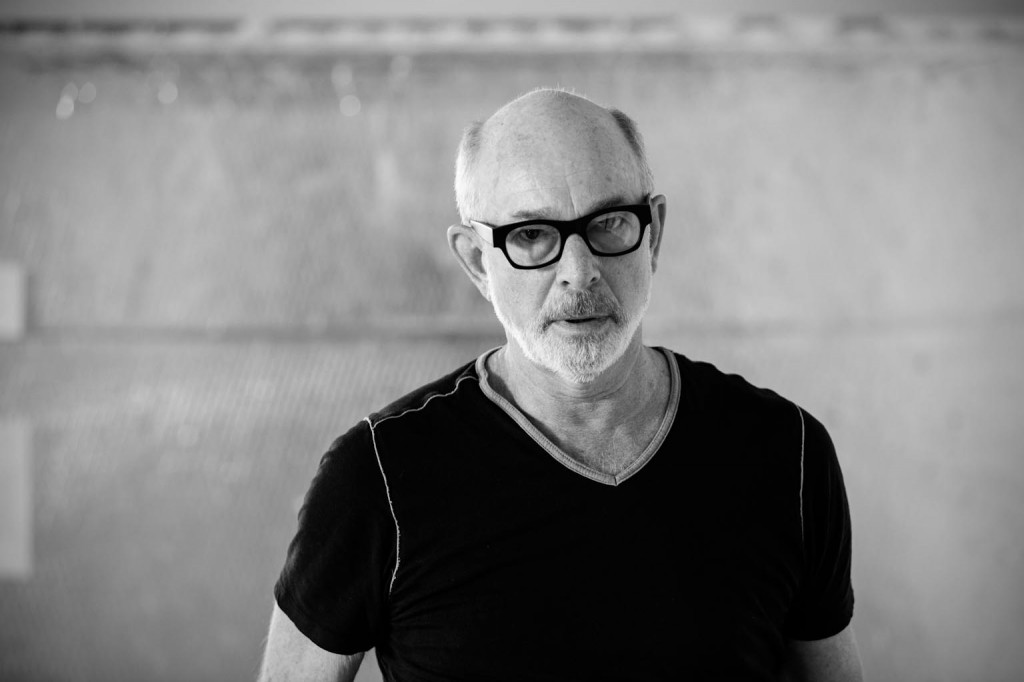 How have the reasons for why you dance evolved?

I’m a free love child, a hippie. When I started dancing, it was all about new discovery, throwing doors open and improvising. I don’t see that now. I see a lot of people walking around with concepts in their heads. I’m confused and amazed by it, and not very interested. Some people might say the same thing about my work, which is fine. But what I prefer aesthetically has gotten much more specific the older I get. I look for maturity in work. Not that young artists shouldn’t be young artists; everyone is young once. It’s just that my priorities are shifted. I’m really inspired by mature work, and I’ve gone through all the loops. I did experimental work that bored the shit out of people – I know it did. But it’s a fad right now. People are rediscovering what already happened in the 50s, 60s and 70s without admitting it. 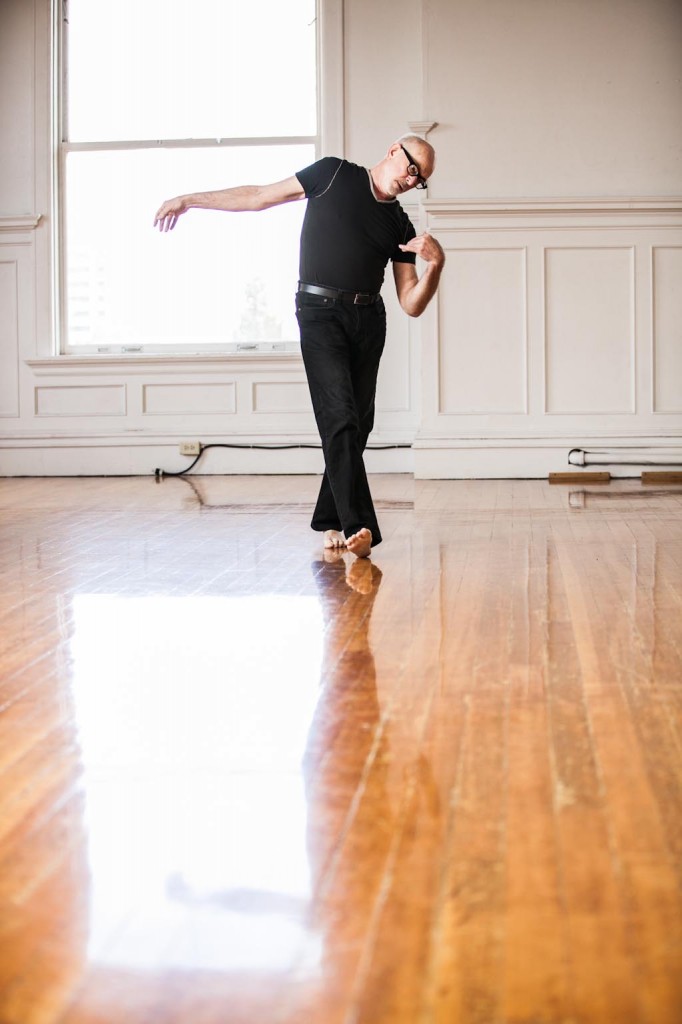 Are you spelling success with dollar signs?

I was told from day one: This is not a money-maker. Being young and dumb, I just went with it. It just always seemed that dance was what I was supposed to do.

I was a horrible student. The only reason I went to university was to avoid the draft. I spent more time protesting and marching than I did in the classroom. I still question it every other week: Why didn’t I finish college? Why didn’t I think about going into banking? Well, because, those aren’t me. I look at it this way: if I was successful monetarily, it certainly wouldn’t have been in the arts. It would have been in business or something. And since I know deep down I’m an artist, I would have had to spend all that money on therapy!

I want to feel good, and if I’m working at something I’m not enjoying, that doesn’t feel good. The other side is, if I did have money, I would give it away. There’s no way I could keep all that money and feel good about myself. 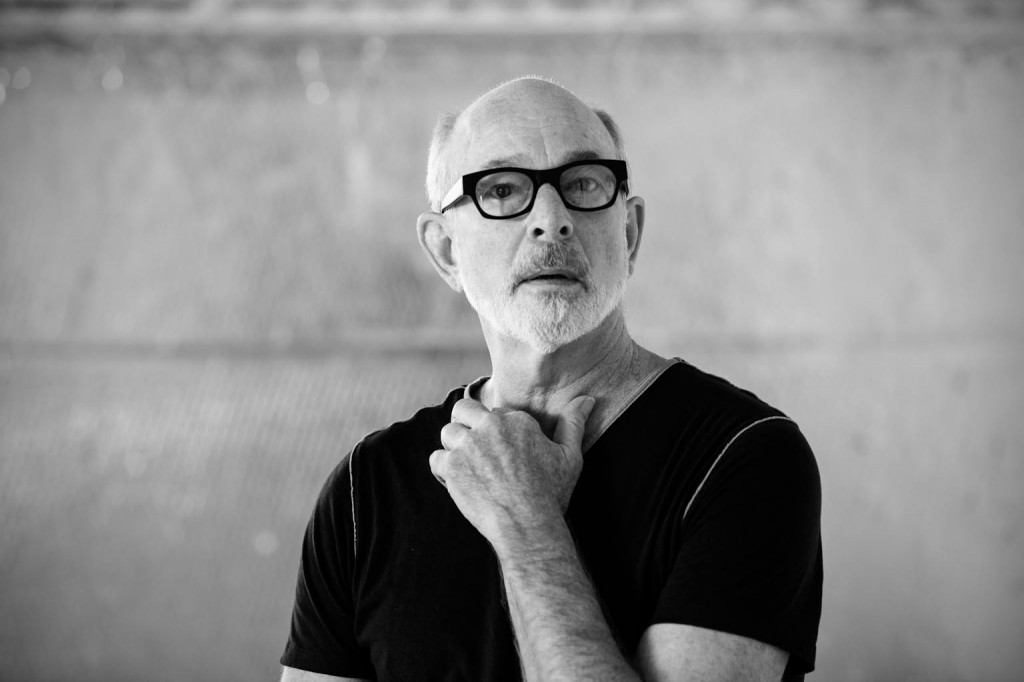 I’m 64 and still doing this, so that must mean I’m halfway successful. I don’t know. I don’t know what the scale is. If you’re going to go by what the populace thinks of success, it’s in terms of money. That’s just the world we live in. In those terms I’m not successful. But I already knew that wasn’t going to happen.

If I was more successful, I’d throw the word “legacy” into the mix. I think it takes a certain amount of success to have that word mean something.

While I was sick this past year, I edited all my videos, reviews and interviews. Anything that didn’t read well, I threw in the trash. Some of the choreography was bad and then sometimes it was just bad video. I only kept seven videos, and I’ve made almost a hundred pieces of work. Some people got very pissed at me, but it’s my work. I’m doing the editing before I die.

If my body falls apart, I won’t be doing the same things, but I have no desire to retire from the stage. There will always be something I have to do or say. 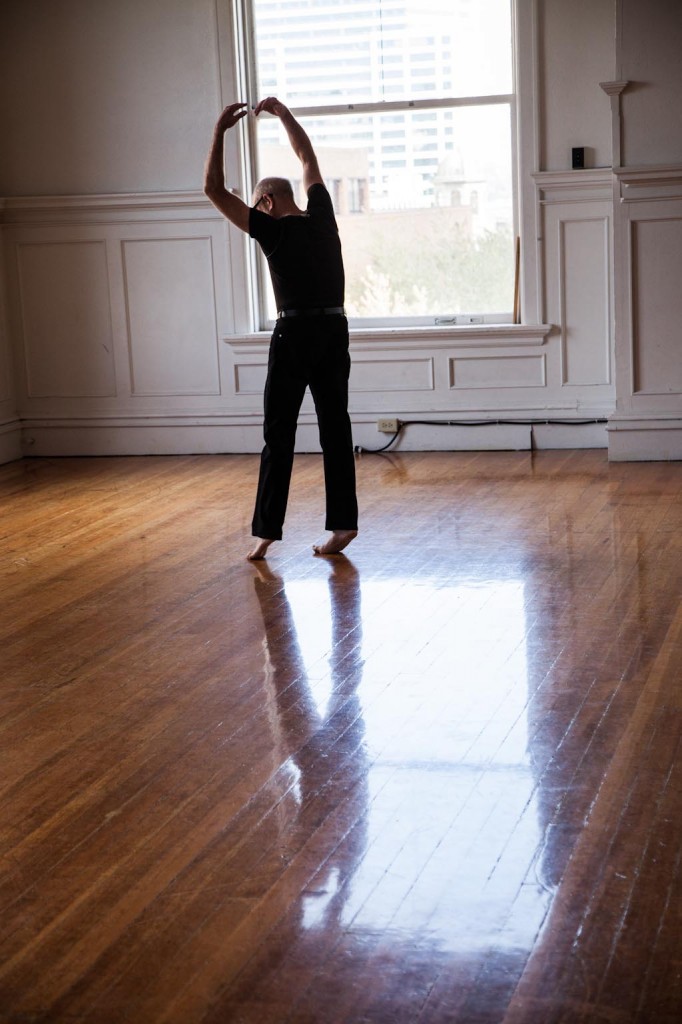 If you are not a grant writer, hire the best one you can find. That’s what it’s all about now. You have to be able to scramble language like crazy. You have to be able to art-speak. You have to know every new phrase and catchword. Three times, administrators have said to me, “Gregg, give them what they want to read.” So I haven’t applied for 12 years. My upcoming concert is on my own dime. I’ve done it before and I’ll do it again rather than put myself through that torture.

Other advice for young dancers is: Keep making work, but learn how to edit. Be comfortable with throwing away 95 percent of your work. People put everything onstage without even thinking of editing.

I wish the best for everybody. I hope it’s an ebb and flow. But the only way things will change is if there’s protest. If nobody says anything, it’s not going to change. 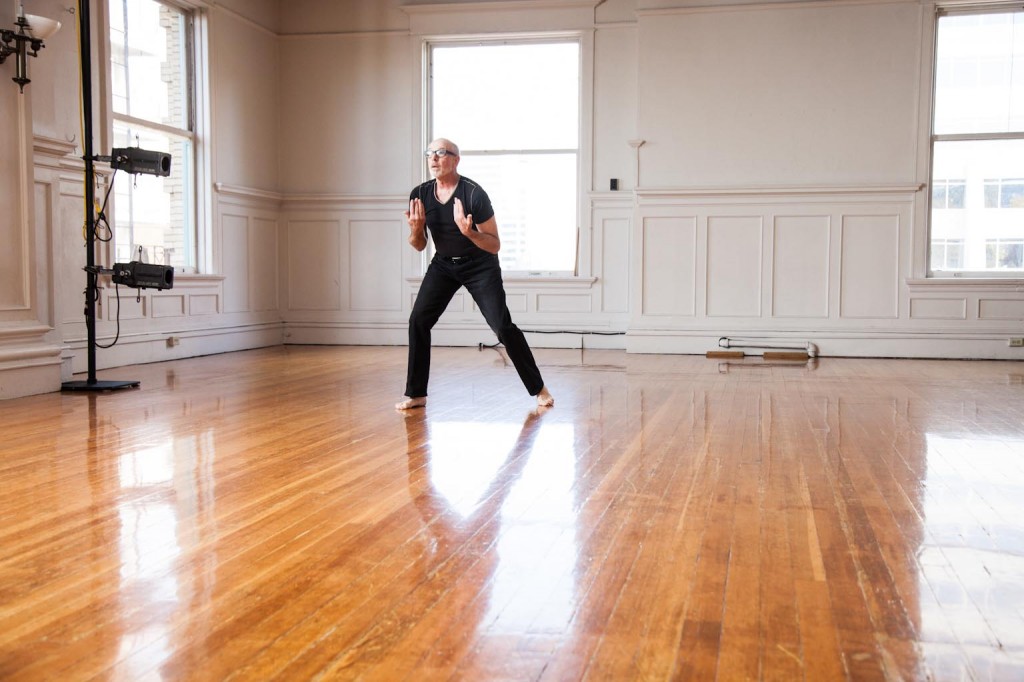 Gregg Bielemeier has worked on the West Coast and in Europe as a choreographer, performer and teacher for over 45 years. His career began in 1970 with Portland Dance Theater. He is a founding artist of Conduit Dance, Inc. Gregg’s work has been presented in Los Angeles by Dance Kaleidoscope, in Seattle at On the Boards Northwest New Works Festival, at Holland’s International Dance Festival, and in Portland by Portland State University’s Contemporary Dance Season, Portland Art Museum, Imago Theater and for White Bird’s inaugural and 11th annual dance series.