My name is Brandon “Private” Freeman. I’m 41. I currently dance with Amy Seiwert’s Imagery though most of the year I dance with Wonderbound in Denver. I dance full-time right now. Otherwise I teach Parkinson’s disease dance classes, contemporary ballet at a competition school in Denver, and I substitute here and there at Colorado Ballet.

Liz Brent: How did you get started dancing?

BPF: I was at Colorado State University in Fort Collins, CO. I was 19, an anthropology major, and in the Army National Guard. My goal was to be a police officer and be an officer in the Army National Guard. I took Understanding Dance for an arts credit. I had already taken visual arts and theater classes, and I was in the University Singers, so I was already in the arts realm. I needed another arts credit so I took Understanding Dance and it was a blast. For our final we had to choreograph a little dance. I got hooked. I started taking more dance classes and eventually changed my major to dance. I got involved at the local ballet school and company and started doing Nutcrackers and whatnot. As a guy I got shuffled along a lot. I made sure to take the basics though and not let myself get too swept up. It was important to understand what I was doing, especially in ballet class. I took beginning ballet even though they wanted me to come to company class. I had no intention of being a professional dancer. I changed my major to dance not because I wanted to dance for my livelihood, but because I needed a degree in order to be a police officer and it didn’t matter what I got my degree in. I thought anthropology would be helpful for forensics but in the end I figured I might as well have fun getting my degree.

LB: Do you remember your first impressions of dance?

BPF: It was fun. My buddy and I would go out to the clubs, and we would goof around. Little did we know we were choreographing. Having a military background, I’ve always had a sense of discipline which I think helped me a lot. I didn’t see it as training or getting better but just learning. I honestly didn’t even know what ballet was until I took Understanding Dance. The Nutcracker was simply a holiday TV show. I grew up in a small town and never put it in perspective that it was classical ballet and an art form.

LB: When did you realize you wanted to pursue dance?

BPF: When ODC Dance Company offered me a contract.

I was plugging away taking classes. I had to drop out of college a couple time for money reasons, as I was getting through college on my own with the help of the GI Bill and needed to stop and work from time to time. One summer my girlfriend at the time and I decided to come to San Francisco and take a workshop at ODC. To me, the workshop was just another place to learn. I didn’t realize it was an audition the whole time. We had a blast. We took the workshop and then the Saturday afterward KT Nelson called me and offered me a contract.

I said, “What?” I didn’t even know what that meant. I had been dancing three years at the time. I didn’t understand what being a professional dancer was. And here they wanted to offer me a 40 plus week contract with full health insurance and weekly pay. I was beside myself. I wondered if they’d seen my technique. KT said the thing they loved about me in the workshop was my conviction. There was nothing inhibiting me. Everything I did was 110 percent. Brenda Way said I had work to do but trusted I would grow. I said I was committed to the Army National Guard but we worked it out. I literally took a right turn in my life. I still had about a year left of college, but I had this amazing opportunity so I jumped on it and never looked back. 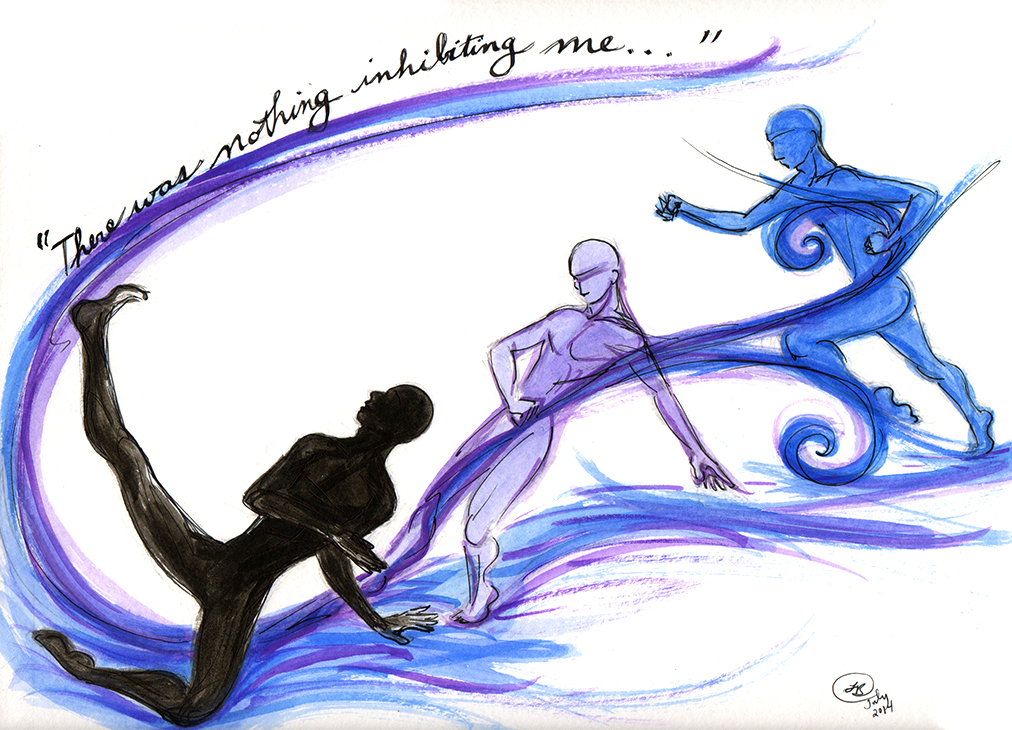 LB: Along the way was your family supportive?

BPF: When I started taking dance classes, my dad, who lives in Kansas City, MO, was sort of like, “Whatever, it’s cool.” But when I told him I changed my major to dance he didn’t believe me. He thought I was kidding around. I kept saying it for a couple years, and he would get upset with me when I told him I had rehearsals. I had to put it in context for him: “Dad this is like if you skipped out of football practice.” It was really hard for him to understand what I was doing. He saw dance as an extracurricular activity that I could take or leave at any moment.

My mom always said, “Whatever makes you happy, hon.” But there was always this underlying, “When are you going to get a real job?” She was supportive but being a professional artist was never part of her world. She still tells me, “You’re not getting any younger, hon.”

I allowed them to put that pressure on me though. The first time I decided to retire from ODC was in response to those pressures. It was in 2005. I felt like I needed to get a real job, get married and have kids. I didn’t even have a girlfriend at the time but I felt like I needed to do what my parents wanted me to do. I announced my intention to retire. We were on tour in Alaska that summer, and it was the most miserable months of my life. I would cry profusely every morning when I woke up. I didn’t realize dance had become so much a part of me. My dad called and I said, “Dad I don’t know why I’m trying to leave.” My parents took a step back and saw things from my perspective. I felt released and decided to stay.

LB: What sort of stereotypes have you encountered around being a male dancer?

BPF: Shortly after I first got involved in dance, the Army National Guard headed down to Fort Carson on duty one weekend. I was a sergeant, and I was telling the guys that I had changed my major to dance. And as I said it I felt my ears get a little warm, wondering if they would think I was gay. But they were like, “Really? Cool dude!” It was not what I expected. I had a lot of unexpected support from that environment.

Interestingly, I battled my dad for a while with the whole gay thing. He’s from middle America and is conservative, although once he met my gay friends he ended up liking them. He’d never been around gay people before. I myself had never been around many gay people before dancing either. My mentor Randy Wray was gay. It didn’t cross my mind as anything though. But my dad was worried I was gay and thought I was dating one of the male dancers in the company. I was surprised at how hard I had to work to convince him otherwise. After a certain point I told him I didn’t care if he thought I was gay. I let him figure it out and stopped stressing myself out trying to convince him.

LB: Have you continued with the Army National Guard?

BPF: I continued for about a year after joining ODC, at which point it became too much. I had already reenlisted two or three times, so I received an honorable discharge. In 2008 after leaving ODC I reenlisted for three years. Freelancing and being in the Army National Guard really worked. Now I think I’m done with that part of my life. There’s the age limit, but I’m also more focused on my art. I also paint, sing, write poetry and do woodworking.

LB: Do you feel like awareness and acceptance of male dancers has changed?

BPF: I don’t know. In the company in Denver, the young guys fresh out of college have no fire in them to really want to learn and be the best dancer they can be. I feel like it comes in waves though, and this is a lull in those waves.

LB: What advice would you give to a young male dancer?