When Cathleen first began to dance there was no music playing. She danced the short phrase she had prepared for the photo shoot a couple of times, and then asked for music.

I put on some Bach and immediately the difference in her body was tangible. It was as if the light switch had been turned on and suddenly she seemed to glow. 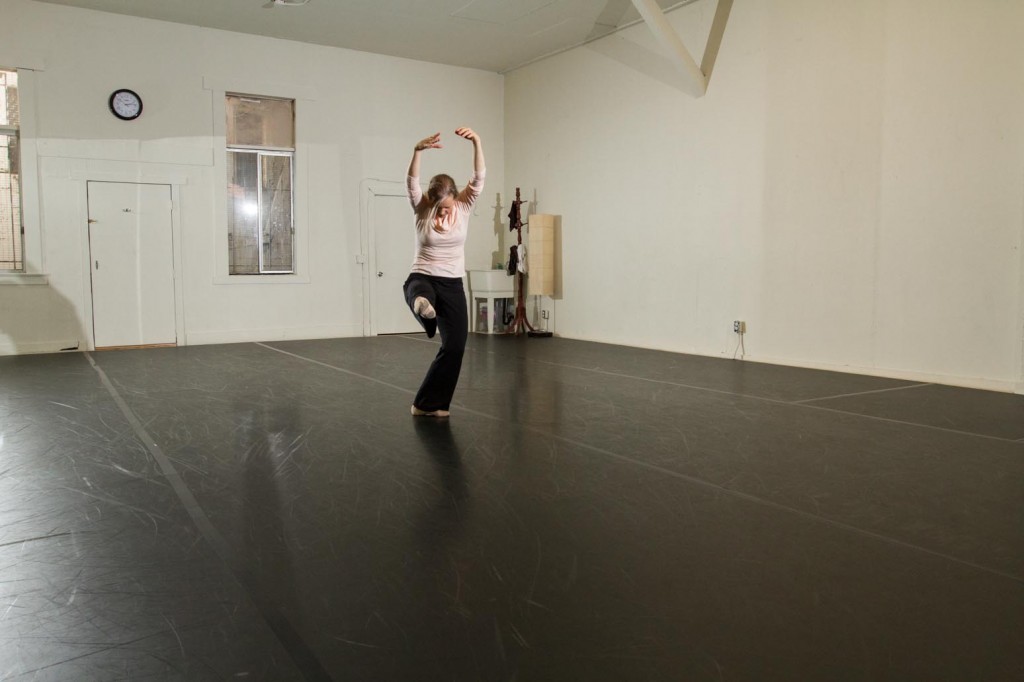 I started dancing at age five in a little local studio. A 15-year-old neighbor ran it out of her garage. I come from a family of 11 and my parents put four of us in the Saturday dance class. My other sister Lizzy and I completely fell in love with the whole idea of ballet, tutus, and the beauty of the movement. We stayed with our young teacher for a couple of years and then I went on to a more serious school in San Mateo, where I’m from, called Peninsula Ballet Theater. I trained there until I was 18, doing very strict highly disciplined ballet. It was very restrictive and not a healthy environment. But I loved having that discipline in my life. I went there every day after school and became very devoted to the whole practice.

But as I got older I grew less enamored with the whole idea of ballet and the way it looks at women. At that point there wasn’t a lot of contemporary ballet/dance, or at least I certainly wasn’t exposed to it. I was feeling very claustrophobic but didn’t really know why. I quit dancing for a while. I traveled in Europe – I was an au pair girl in France. Then I went to SUNY Purchase Conservatory of Dance and that really changed my life. I was exposed to so many different kinds of dance. It was a really hard time for me at first because I felt behind technically.  I was ravenous in trying to acquire technique and in educating myself.  I went into New York City every single weekend to see exhibits at museums, dance, and theater performances. Having that kind of continuous exposure was inspiring. The experience of living in NYC also really shaped me as an artist and gave me a much broader world view. I felt that I didn’t have to fit into that little tiny niche of what a ballet dancer was. I didn’t need to feel bad about what my body looked like. 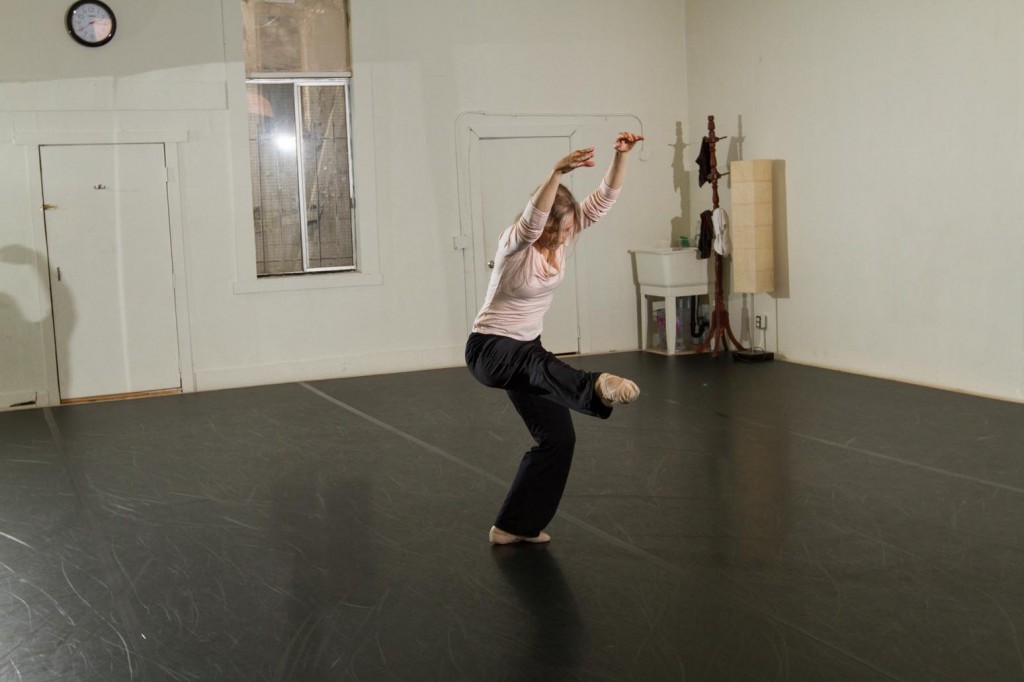 I had some really wonderful teachers who took me under their wing and appreciated how hard I worked. Kevin Wynn was one and Larry Clark was another and they both had professional companies, so after I graduated I was able to dance for them in New York. I danced with them both for a couple years and really loved it, though I hated living in New York. I missed fresh air, the ocean and space, so I moved back to the Bay Area and danced with Cliff Keuter, a former Paul Taylor dancer who had a company in San Jose. I also danced in Joanna Haigood’s Company (Zaccho Dance Theater) and with the Della Davidson Dance Company.

At that time, I decided I’d better get some other skills besides dancing because ultimately I had to support myself. I started choreographing, and not because I wanted to, but because I felt it was a skill I should have. At the time I taught at a small dance studio and used the space to choreograph for three hours a day in order to develop a movement vocabulary. It wasn’t something I loved doing but I felt I had to find out how I was interested in moving and to discover my point of view. Back then (1986) it was much easier to produce dance concerts.  I did it cheaply and I never lost money. My work was co- produced by what is now Dancers’ Group, but back then it was called Footwork. They supported and produced many concerts of my early work. I just kept doing it and got better at it.

I also started teaching at that time. I taught at the YMCA, I started and developed a senior citizen class, and also taught children’s classes through SF Arts Education. I was also an administrator/producer for many years. I ran what is now known as the West Wave Dance Festival. I founded it in 1991 because I saw there were so many choreographers producing their own work to limited audiences.  I wanted choreographers to combine resources, save money, and get larger audiences. I curated evenings of dance, and did that for 15 years for over one hundred choreographers. 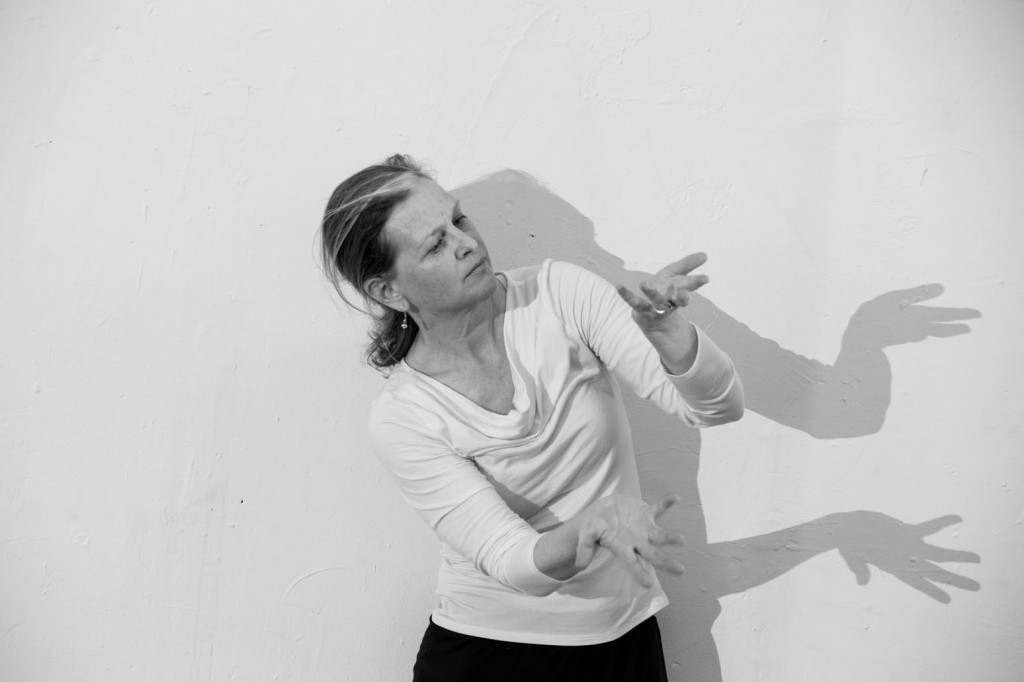 Ultimately I think it’s really hard to make it in this profession and make a living. This is why I developed the parallel skills of dancer, choreographer, teacher, and administrator. I didn’t love all of it but I felt I needed to be a well-rounded person.  I badly sprained my ankle in a rehearsal and was sent to St. Francis for their sports and dance medicine clinic to heal and re-hab. As a result, I became very interested in Pilates and dance medicine. I became Pilates certified, Gyrotonic certified, and now I’m doing something called Z-Health, which works with the nervous system in alleviating pain and increasing joint mobility.

All these skills have made me a much more rounded person so if one job falls away, I have something else to fall back on. Right now I support myself as a teacher. I teach one class at USF but teach mostly at San Francisco State. I’ve been there for 16 years. I also have a Pilates/ Gyrotonic/ Z Health business that I run out of my home.

I study ballet twice a week because that’s all I can fit in my schedule. I do Pilates and Gyrotonic on my own in my studio. I swim twice a week. I walk my dog. I meditate.

As a teacher I feel it’s important to keep my body in good condition. I’m 54 and very aware of my limitations. That can be hard, knowing what I used to be able to do. But since I’ve had all these years of dance trying to figure it out and get to a much deeper understanding, I feel like I can articulate things much better than I could have years ago.

What is it that drives you to keep dancing and how have those reasons changed?

Another part is the joy I see my students get in moving and how it changes their lives in such an important way. I love being around that excited energy. The hard part for me is: they have this skill and love to dance but what are they going to do with it? There just aren’t a lot of options. Sometimes I’m amazed and they do really interesting things with it, but others flounder and that’s painful to watch. There isn’t a lot of opportunity. It was much easier 30 year ago. But in any field you have to figure out how to make it work while staying true to yourself. It’s difficult.

Do you feel like you’ve achieved some measure of success? What does success mean to you?

I’m still here. I think that’s success. I’ve certainly had my share of frustration, setbacks and aggravation in this field that I’m in, but I don’t  want to be doing  anything else.  It gives me great joy.

When I was younger I had this idea that I’d dance with a major company or choreograph for major companies. That never happened.  I made it work in my own way and on my own and learned a lot along the way. 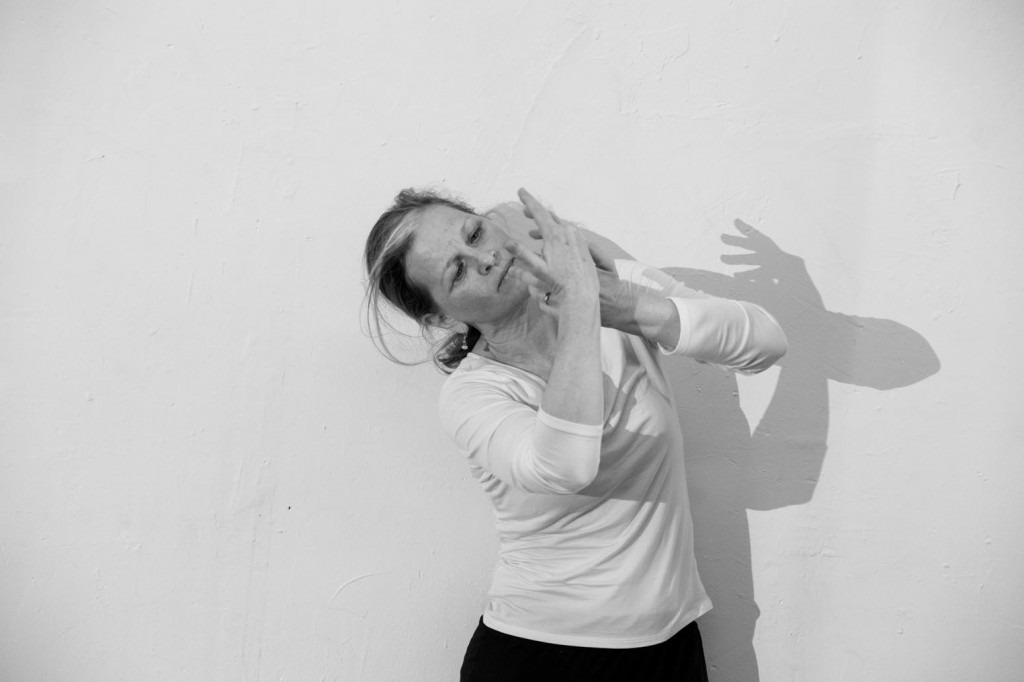 I try to be an example and live what I believe.

What sort of advice would you give to either a younger generation of dancers or to a younger version of yourself?

I would tell my younger self to drop the self-criticism. I spent way too many years torturing myself. It’s inherent in the dance world to do that, but I spent way too much time feeling really bad about myself.

I would also tell myself and the younger generation that persistence pays off. Times will come when you feel really discouraged and feel like giving up but just keep going. You’re building something tangible whether you know it or not.

I feel it is so important to treat people well. There are a lot of people in this dance world that really don’t treat other people well. They can be dismissive and think they’re better than others, but it’s just so small minded. If you’re kind to people, it truly pays off. I don’t mean saccharine or phony. Just be genuine.

Another thing, it’s really important to see and experience great art as often as you can.

Lastly, you can’t get hung up on what other people think about you.

My husband David and I have two grown children who are both artists. We would often take them to see exhibits and performances when they were growing up and it has of course shaped who they have become.  I think they’ve grown up to be really interesting people. They (Jonah and Madeleine) are my proudest achievement. 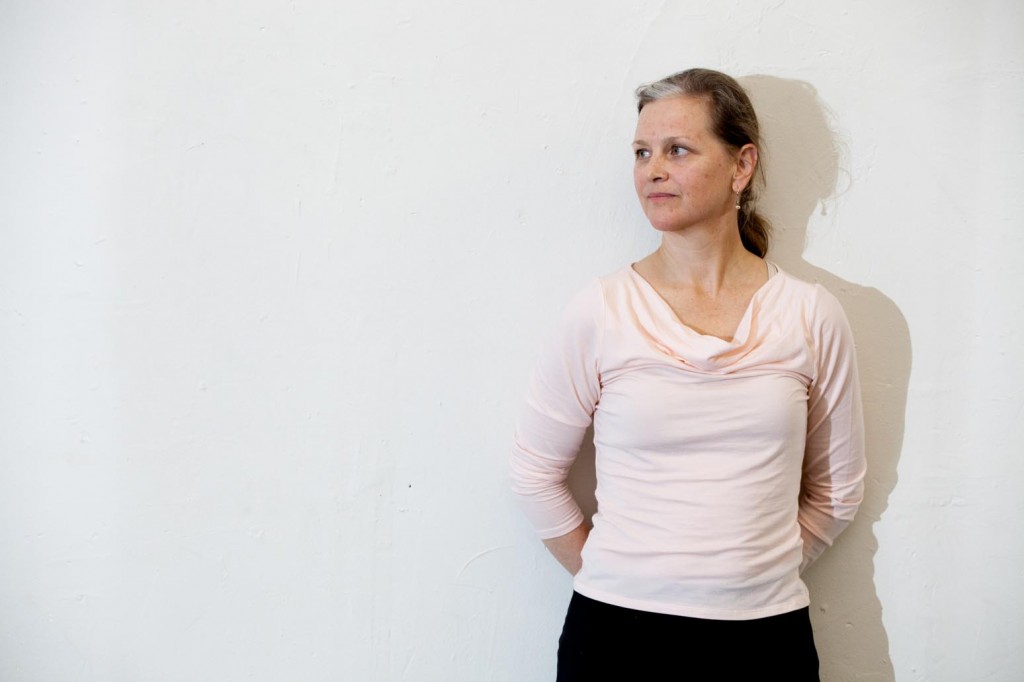 Cathleen McCarthy received her BFA in Dance from Purchase College. She performed with several dance companies in New York City and the SF Bay Area. She has received numerous grants for choreographic projects and has taught master classes at universities throughout the U.S. She is currently on the faculty at the University of San Francisco and San Francisco State University in the School of Music and Dance. She is certified in Pilates, GYROTONIC, and Z Health and has her own private practice. In 2010, she received an “Izzie” (Isadora Duncan Dance Award) for Sustained Achievement.

Click here to learn more about the Dancing Over 50 Project.

One Response to “Becoming Well-Rounded: An Interview with Cathleen McCarthy”