Muscular and athletic, there was a softness about Randee as well. She spoke quickly and with a certain intensity, words flooding out of her in a rush. At the same time, she seemed prone to second-guessing herself, and this juxtaposition between her rushing intensity and her hesitating reluctance translated into the way she moved. When she danced, it was as if she was shouting and whispering at the same time. 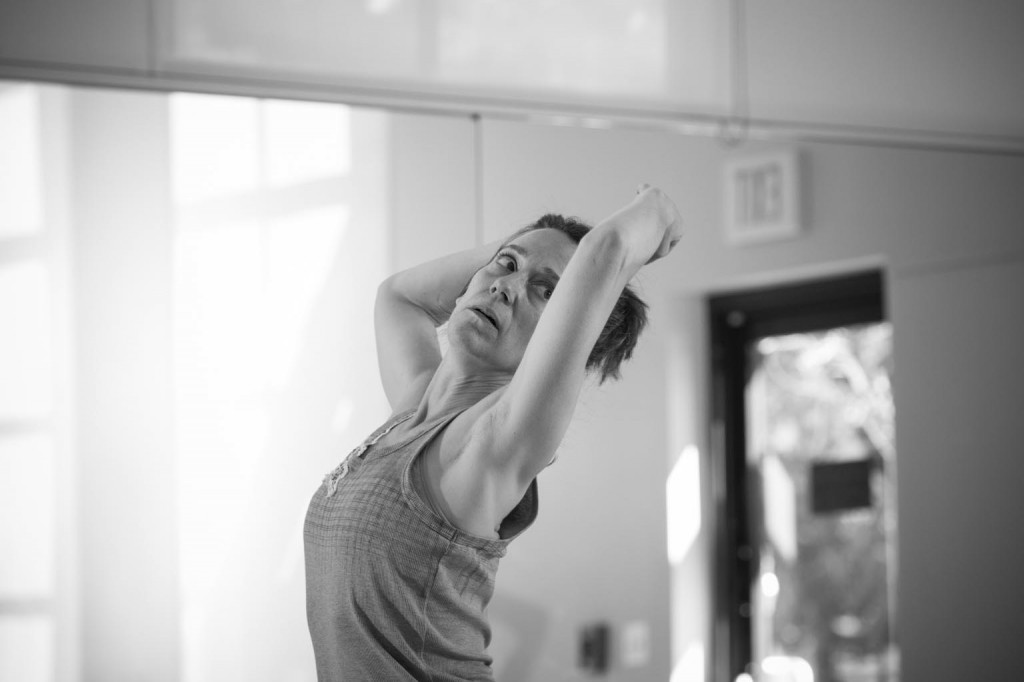 I took my first dance class when I was six, but I danced off and on, not sure if I was going to be a dancer, until my late 20s and early 30s when I finally got serious. I didn’t major in dance in college; I thought I was going to be an anthropologist. I thought dancing was something I would enjoy but wouldn’t pursue. 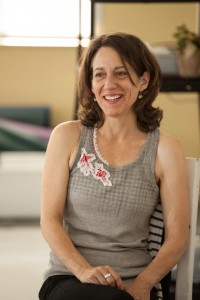 I spent my junior year abroad in southern India. The program monitor was a modern dancer, and there was a guy in the program who had done a lot of contact improvisation. They taught me a little about modern dance and contact improvisation. I was also studying classical Indian dance – Bharatha Natyam – and South Indian folk dance. I didn’t really know much about contemporary dance at that point, as I had trained in jazz, ballet and tap. Because I was immersed in Indian culture, where the dance form I was studying was so ancient, I wanted to know what the dance of my culture and heritage was. I asked myself what my grandmother would have done at the turn of the century. A Caucasian, educated woman in New York City in 1910what would she have done? I bet it would have been modern dance. So I came back and started taking classes at Cornell with Lonna Wilkinson, who had danced with Margaret Jenkins. I actually ended up doing an MA right out of college because I felt like I needed immersive training. I went up to Brockport and spent two years getting an MA. It was almost incidental to my desire to train, and getting an MA was the best way I could figure out how to do it. When I graduated, I moved out to the Bay Area. I had grown up on the East Coast. I wanted an adventure.

I teach and rehearse. When I’m preparing for a show, I give myself a class on pretty much a daily basis. I practice Pilates as well, and incorporate yoga, Alexander technique and other modalities I’ve studied. Every form I’ve ever studied informs my daily practice, and honestly sometimes my daily practice is meditation, downward dog and a walk around the block. It’s all dancing to me. 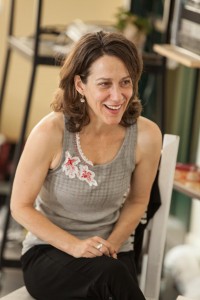 What inspires you to keep dancing and how have the reasons changed over time?

I used to be concerned with being a good dancer, and I still am, but what being a good dancer is has shifted. Now, more and more, I really make very little distinction between washing the dishes and the movement I do in rehearsal. It’s all of a piece. One of the beautiful things about getting older, while some things are harder than they used to be and I have certain limitations, I also feel certain things I didn’t used to, like an expansion in my body and in my joints. I feel more expansive and integrated internally. It’s not like some big enlightenment, though. I’ve just been around the block a number of times and I know more. I still make horrendous mistakes, as we all do. I still behave badly from time to time. It’s not like you get older and everything is correct. But I’m just bigger in some ways, and that has informed my movement.

Oddly, I don’t ask the big questions anymore. And it’s not like I’m bogged down in the details, but the closer I draw to my own mortality, the less I feel like I understand mortality, and the less interested I am in it. Death is part of the continuum. I’ll pass and I’ll figure it out then. Until then I’m going to live. To me that means dancing in whatever form that takes. 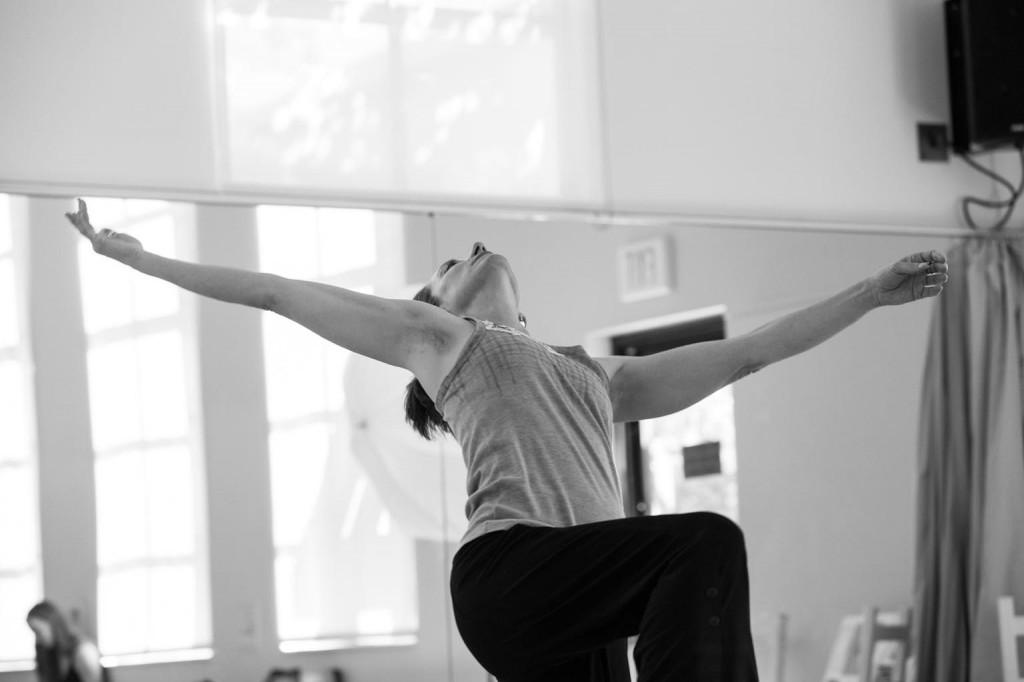 The depressing answer is, I still get tripped up on ego and wondering why I’m not more successful. But at the same time, I look at the people I’ve taught over the years, the audiences I’ve managed to keep, and the people excited about my work, and even though there are places I haven’t been and things I haven’t done, on the other hand, I still get to dance. 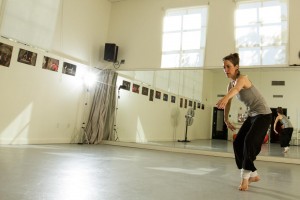 I still want all of those things that choreographers want – more visibility, more money, more support, more exposure, more residencies, more grants, more letters saying “You won!” – who doesn’t? That doesn’t go away. I don’t know if I’ll ever be so enlightened. But I also think that’s part of the juice. That’s part of the desire. That’s part of what keeps me going and moving forward. Movement. Movement is good.

I don’t know how to answer that without sounding full of hubris, but I do think I have something to offer and that I have been offering it: I am a modern dancer. I hold the values of modern dance. I struggle with this, because in some ways modern dance is really dead and over, and I’ve felt old-fashioned and not progressive enough, but I also think my work is deeper than that. It’s not necessarily trendy, and I’m not even sure it’s progressive, but I think what I’m doing is solid and meaningful. This is where I lie.

I heard someone say this really great thing a couple of weeks ago along the lines of: “When I see another artist’s work and they’re doing something different, I think, ‘Why am I not doing that? It’s so interesting and cool. I should do that.’ And then I think to myself, ‘But they’re doing that, so I can do something else.’” I’ve really been holding on to that one. 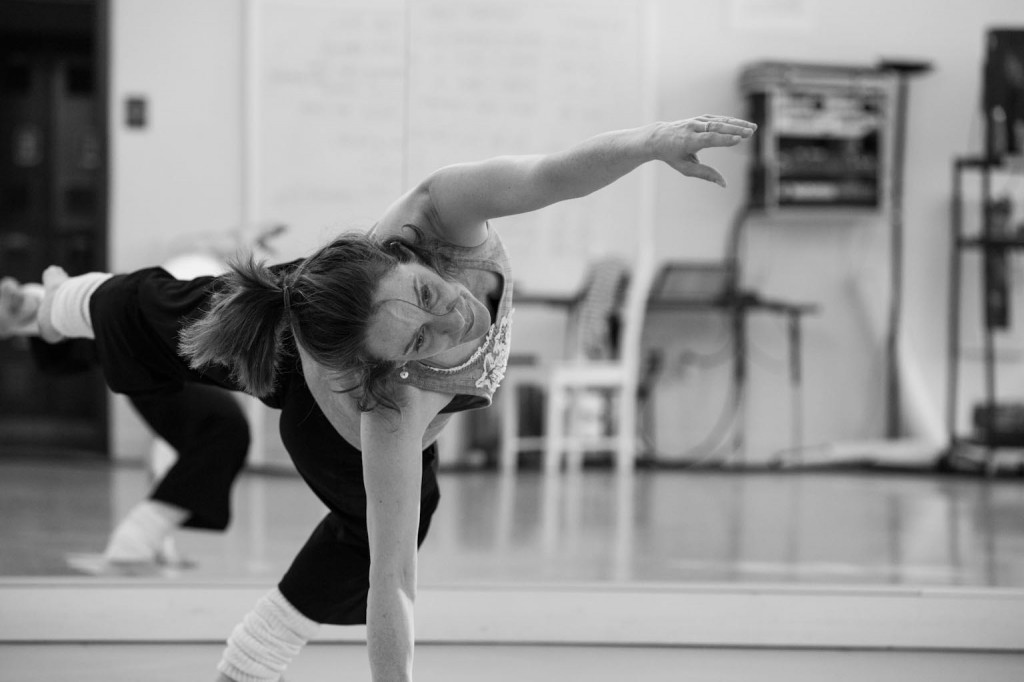 I never dreamt I would be doing this at 52. So the answer is, I have no idea where this is going. And I can’t believe I am growing as a dancer still. Right now, this year, I’m growing.

Stop second-guessing yourself. Get out of the mirror, and I mean that on many different levels. 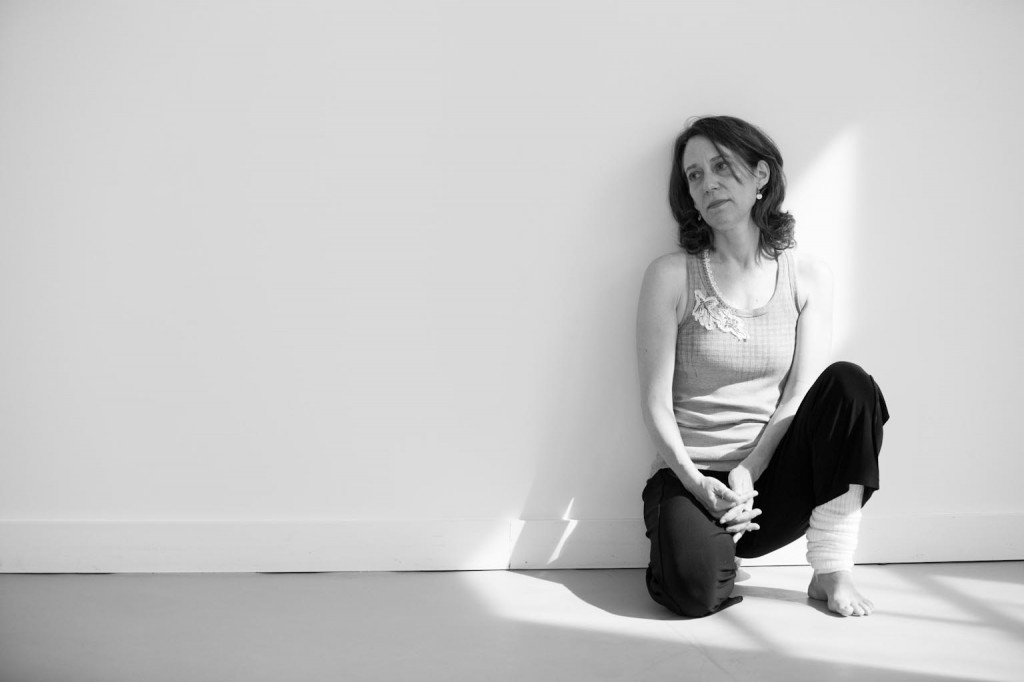 Originally from New York State, Randee Paufve has been based in the San Francisco Bay Area for more than two decades. Randee graduated from Elmira College with a BA in cross-cultural performing arts. She spent her junior year in India, studying language, dance and music. Randee holds an MA in dance choreography and performance from SUNY Brockport and an MFA in dramatic arts from UC Davis. In 2001, she formed Paufve|Dance, for which she has choreographed numerous works.

One Response to “Right Now, This Year, I’m Growing: An Interview with Randee Paufve”