Sunlight streamed through the windows of the upstairs studio in Berkeley’s Shawl-Anderson Dance Center, the school Frank Shawl co-founded in 1958 with Victor Anderson. Whether onstage, in a classroom, or simply in conversation, Frank had an electric energy; he seemed at times to glow. Mesmerized, I hung onto his every word and gesture. 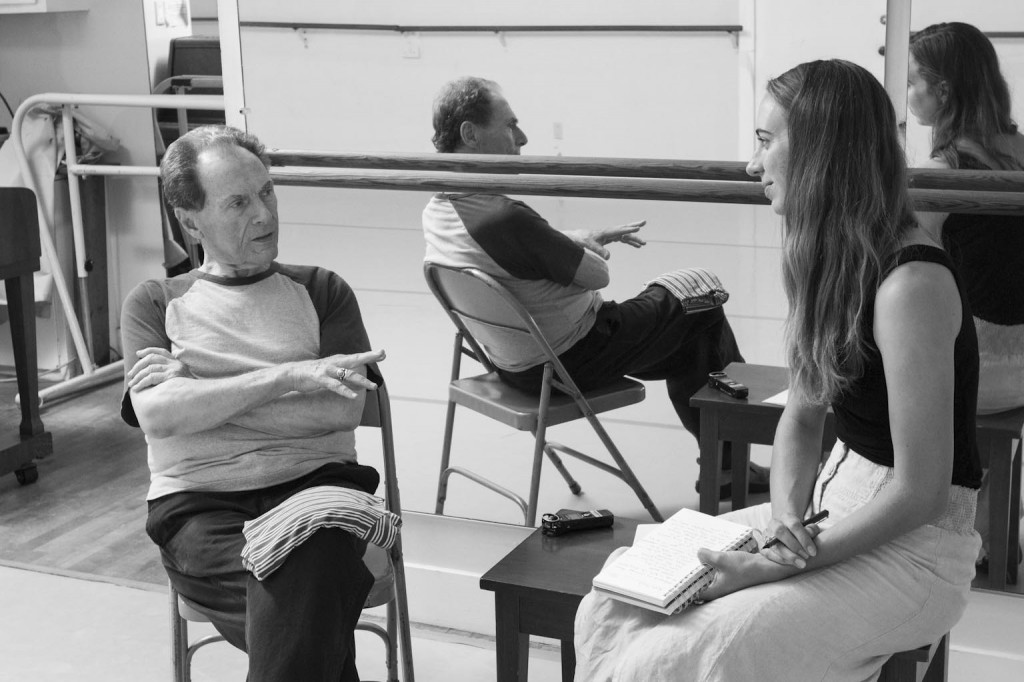 When did you start dancing and what are some highlights from your dance experience? 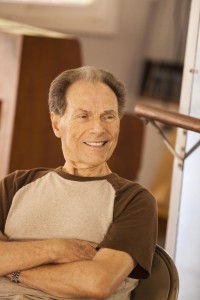 I started tap dancing as a child. My first job was at age 17 in New York City at the Roxy Theater, which was like Radio City Music Hall. They tore it down recently, but it was a 6,000-seat, full-orchestra theater. I was hired right out of high school. We did four shows a day, seven days a week, and five on weekends. It was like the Rockettes, but with males and females. However, the unions eventually went on strike, and in the interim they only showed movies, no live shows, so I had to find other work.

I did television when they were just testing the whole color camera thing. If you didn’t get a Broadway show you had to get something else, and television was as big in New York at the time as it was in Los Angeles. It was quite a period in my life. I loved it.

I got to the point where certain choreographers really liked my work. Once you break that barrier and people start asking for you, and you don’t have to go through the cattle-call auditions – that’s what we called them – you were sailing through the profession, so to speak. It was never easy, but it was easier.

I always earned my living dancing. If I’d had to sell ties at Macy’s or serve hamburgers at a diner I would have done it, but I didn’t have to. And that was very lucky. Often people saw me in a show I was in and offered me a new job. Luck had a lot to do with it, and timing.

I started working in New York in 1950, so I danced eight full years with only about three months of unemployment. I came out to California in 1958.

I never thought teaching was below performing. It was an extension. My years of teaching and choreographing are some of the highlights of my life. I didn’t need to be on the stage. I loved just being in the world of dance. 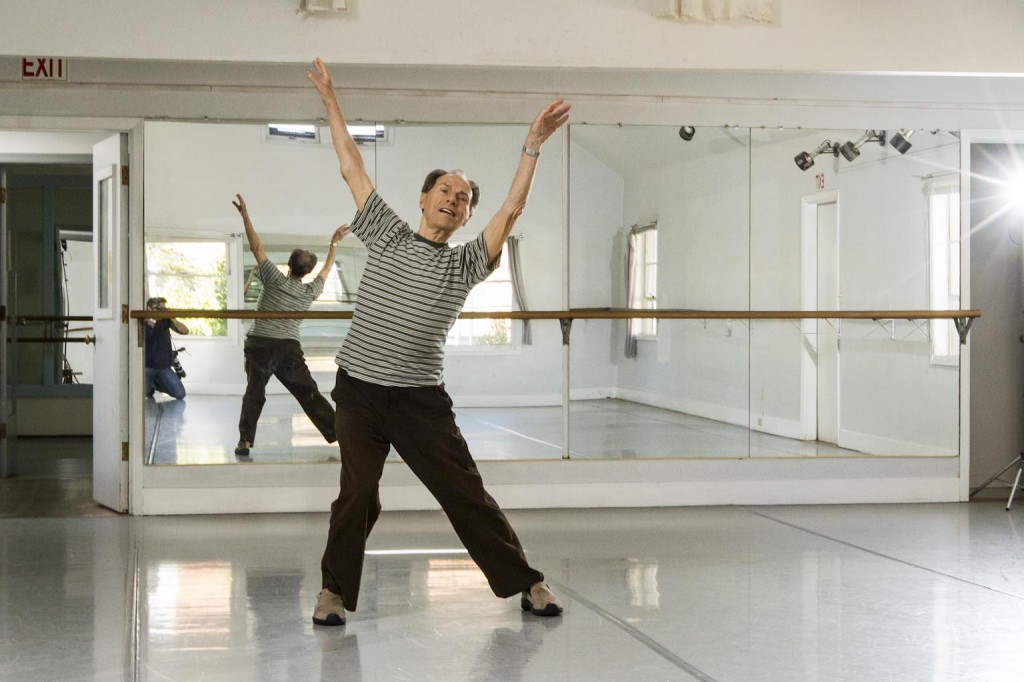 I take a ballet class six days a week. On Saturdays I do my own workout. When I take ballet, I become just another student, even though I taught at this studio for 47 years.

What initially drove you to dance and how have those reasons changed?

It all started with Fred and Ginger. My mother would take my sister and me to the movies. My sister would cry when she was in the movies, and I would cry when I was taken out of the movies. I wanted to watch over and over again. I didn’t get any serious training until I was able to go to New York City by bus. All the teachers in the small communities were too slow for me. I wanted faster input, so I ended up making my own choreography with a dance partner. She and I would perform all over and get tremendous reactions. And then when I spotted an audition in New York – the Roxy – I went and got it. 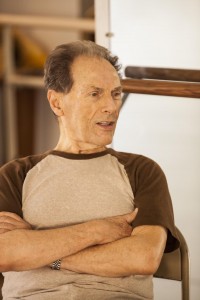 I was very serious about my training. I never missed class. Even if I had a long, tedious rehearsal I always got to a class, especially from my mentor, May O’Donnell. May was out of the Graham school; I was introduced to her when I was still at the Roxy. I could make it to her class between shows. May was right behind Carnegie Hall and the Roxy was down the street. I would race there, take class and race back for my next show. May was my mentor for my entire life. She lived to be 98. I was executor of her estate and helped to create a foundation in New York City in her name, the O’Donnell-Green Foundation. She was one of the strongest influences in my life.

What does success mean to you and do you feel like you’ve achieved some measure of it?

I never think about it. I just keep doing what I love to do. I never measure it. Ultimately when you do something long enough and well enough, you get acknowledged for it. The certificates on the walls are just pieces of paper. But they are acknowledgements. If I didn’t get them, I’d still be doing what I’m doing. I’m not after those kinds of accolades, but they come in time.

And it’s never too late to do something that speaks to people. You don’t have to just speak to youth; you can speak to elders as well. And then you become an elder and you end up being interviewed as an elder in the community! 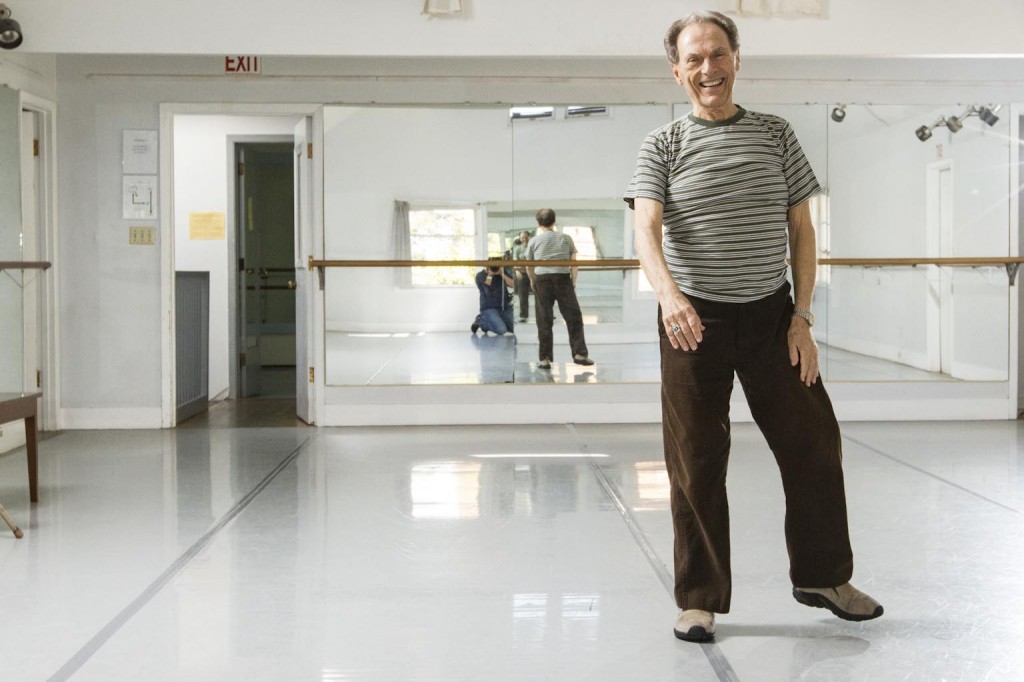 I think it’s the fact our school started in one room over a liquor store. We had so few students but such enthusiasm. People started to give us support and encouragement and it grew gradually and strongly. The roots got very deep.

We taught a class even if only one person showed up. We used to listen for footsteps. We had to teach all over–schools, community centers, universities–to make enough to pay the $100 monthly rent. But it was those opportunities and chances to reach more and more people that got this place on the map. And though it’s not the biggest place in the world, it’s certainly the most vibrant to me and a most vital place in the community of dance. Students come in and say their grandmother danced here. It’s quite wonderful. 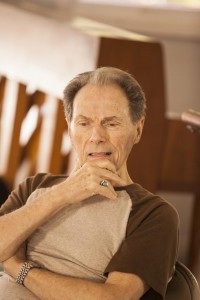 I want to talk about standing on the shoulders of others and how influential people can be in your life and how they inspire you and therefore assist you in moving toward your goal. I have been very fortunate to have had that in May O’Donnell. She ended up being the most important mentor in my life. She believed I could do anything. She was like a parent. Her husband was a composer, Ray Green, and I helped them form the O’Donnell – Green Foundation. It’s a non-profit that gives money to emerging choreographers and composers. When May passed away I sold their property in lower Manhattan in the East Village for $5 million and invested it, and to this day we give away about $250,000 dollars a year to emerging companies, though they have to be in the tri-state area of New York. May wanted emerging choreographers and Ray wanted emerging composers. Everything we give money to has to have new music and new choreography. No repertoire. The purpose is to support new work.

It’s been fulfilling to be involved with the O’Donnell – Green Foundation because May gave me so much. She changed the course of my career. I was a show biz kid. Because of May, I discovered dance as an art form on its own, not reliant upon Broadway. Not that I don’t admire Broadway, but May showed me the power of raw dance.

Love what you do. Absolutely. Your love for what you do drives you to the next step, the next phase.

I believe in encouraging talent. I think this school has done that quite admirably. We foster the talent that comes here and we give them opportunities. It’s so great to see talent bloom, to take a little seedling and watch it grow into a gorgeous flower. 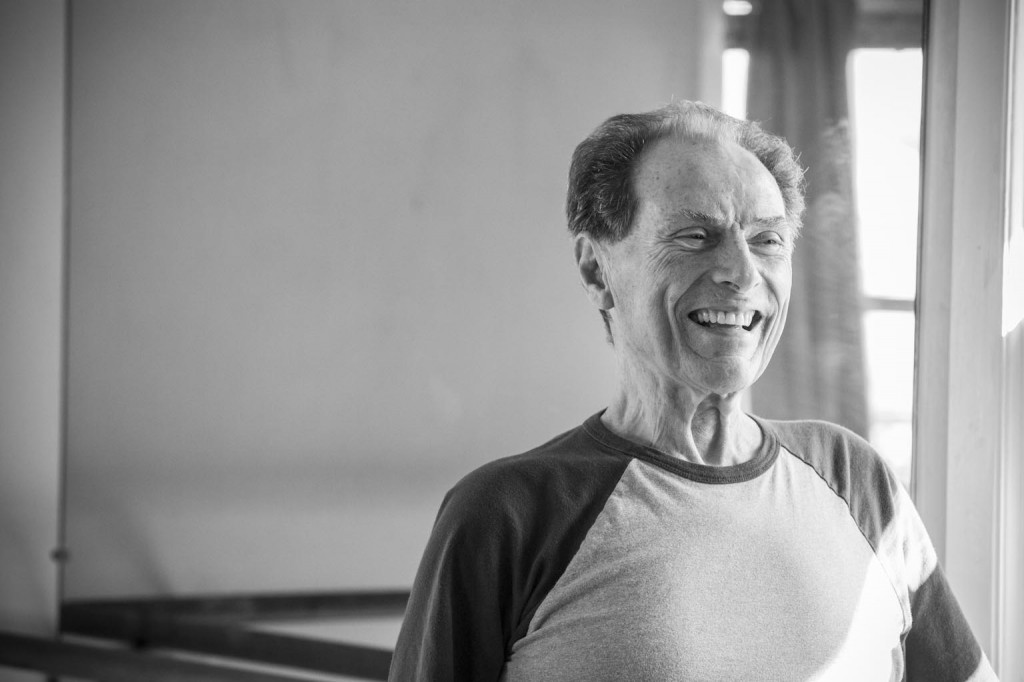 Frank Shawl and Victor Anderson co-founded the Shawl-Anderson Dance Center in Berkeley. Frank has been active as a teacher, performer and choreographer in the Bay Area for over 50 years. Prior to coming to the Bay Area, Frank performed in New York City in numerous Broadway and television shows, as well as danced for the May O’Donnell Dance Company. He later returned to New York as an assistant to Miss O’Donnell. In more recent years, Frank has continued to perform actively and has danced in works by Della Davidson, Sonya Delwaide, Randee Paufve and Dandelion Dancetheater.