BY SOPHIA DIEHL, in conversation with JOY HAVENS and NEHEMOYIA YOUNG

Many professional dancers spend a typical Sunday morning in the studio, taking an open class, or rehearsing for an upcoming show. On occasion, these same dancers might find themselves sitting in a sanctuary. While stained glass windows seem a world apart from studio walls, for New York City-based dancers Joy Havens and Nehemoyia Young, both of these places can constitute sacred space. These two artists work at the intersection of dance, spirituality, and healing. When asked to define “spirituality,” they point to that which inspires a sense of beauty, or the sacred. Joy references Irish poet John O’Donohue’s definition of beauty as, “That in the presence of which one feels most alive.” Whether it’s the synagogue, the stage, or the ground beneath a favorite tree, many of us have a set-apart space where we feel most whole and alive.

For some, this spiritual aliveness starkly contrasts the religious background of their childhoods. Joy and Nehemoyia have turned their artistic focus to the largely underserved demographic of people who have experienced religious trauma, which refers to the emotional damage of indoctrination caused by an authoritarian and dogmatic approach to religion. As Pastor Michael Walrond of Harlem explains, “Some churches weaponize scripture and religion to do very deep damage on the psyche.”[1] This damage often manifests in harsh restrictions placed on the body, prescribing what one can wear and how one can express gender identity and sexuality. As Nehemoyia describes, “Within Eurocentric Western religion, if you’re not a male, if you’re not white, if you’re not an able-bodied person, then a lot of what’s sacred is taken away from you. It’s very hard to see the self as sacred, which means that it’s also very hard to see one’s own emotions, ideas, or questions as sacred.” Since the body often resides at the center of religious trauma, it also needs to be centered in healing. This is where Joy and Nehemoyia come in. 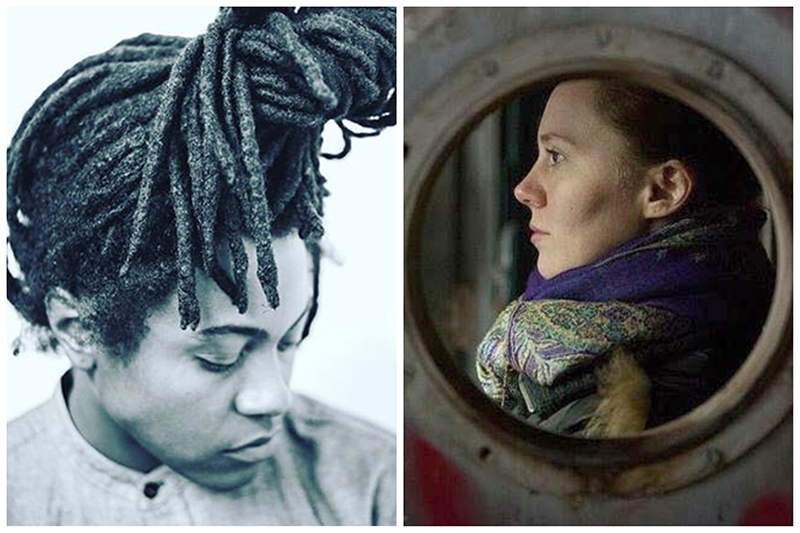 The two first met and began having conversations about their religious upbringings while working with Renegade Performance Group in Brooklyn. Joy was raised in a Pentecostal community. While her family did a lot of “church hopping,” visiting Episcopalian, Presbyterian, and Black Southern Baptist churches, a lot of the messaging she received at home was tied to the religious right. As Joy explains, “In high school, I made friends with people who I was told were going to lead me into sin. I had a real conflict and dance became a safe way for me to try to deal with that cognitive dissonance.”

Nehemoyia is familiar with this cognitive dissonance. She was born into the African Methodist Episcopal Church and later transitioned into COGIC (Church of God in Christ), a community with a more fundamentalist Christian expression. In her late teen years, she broke away from the COGIC community, realizing that it no longer served her. Years later, as a dance-artist in Brooklyn, she found herself engaged in identity politics, investigating cultural narratives around Black, queer, and womanist identities. She explains, “I began doing work that questioned some of the religious and spiritual norms that we might be coming from.”

Joy and Nehemoyia describe the independence of stepping away from institutional religion as a common stage in the journey of healing religious trauma. Joy articulates, “For a lot of people recovering from adverse religious experiences, there is a period of years when they just need to have a clean slate. And then they make individual choices about how to bring spirituality back into their lives.”

As members of Gibney’s Moving Toward Justice cohort, Joy and Nehemoyia facilitate a community-based project that focuses on the power of communal dance and music to build friendships and support personal and collective healing for former fundamentalists and ex-evangelicals. The inspiration for this project, entitled In Liberated Company, emerged from extensive conversations with the ex-evangelical community. Blake Chastain, a Chicago-based writer and podcaster, explains, “The term, ‘ex-evangelical’ nods to our heritage and how it has shaped us, but does not make any assumptions about what we individually or collectively believe now.”[2] Joy and Nehemoyia support individuals from a wide range of adverse religious experiences. Some may choose to reconstruct a belief system, while others gravitate toward atheism or an entirely different spiritual practice. This project addresses the specific needs of those who seek community as they deconstruct beliefs and recover from religious wounding.

One of the primary needs among this demographic is a renewed sense of community. Separation from one’s religious background often ruptures connection with family and friends, and integrating into secular society can prove isolating. Ex-fundamentalists might feel misunderstood by both their new and old social circles. Joy poses the central question, “How do we create a space that is safe for people to be together with others who understand their challenges and get them in connection with their bodies, so they can trust themselves as they explore the world?” Joy and Nehemoyia will offer communal dance, music, and storytelling practices to facilitate this supportive community. While many religious traditions incorporate dance and music, others reject these embodied practices. The artists are sensitive to the myriad of memories, both positive and traumatic, that participants might bring to the table surrounding dance. 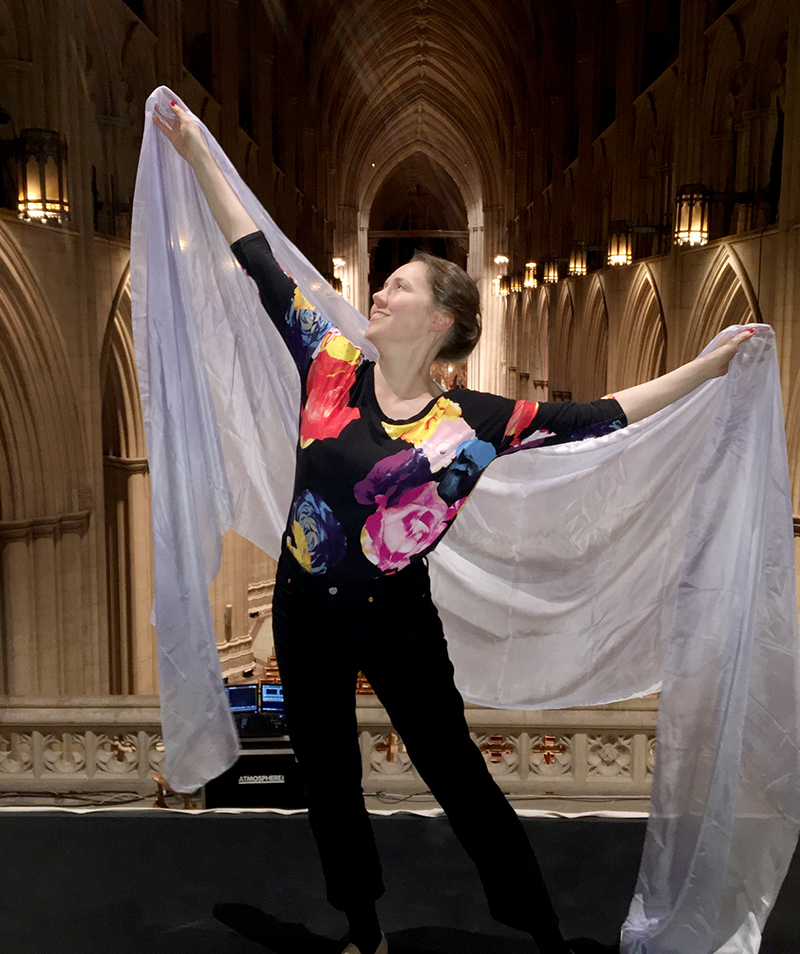 In addition to building community, Joy and Nehemoyia seek to foster a sense of personal autonomy in participants. Fundamentalist cultures often strip away personal agency in favor of external authority and hierarchy. Nehemoyia shares, “Dance has given me the ability to listen to the signals that come up in my body and to know that they’re valid. That idea of the ‘flesh’ as dirty or sinful can be so far-reaching and impactful. To return to the body as a space of connection can be extremely healing.” Joy and Nehemoyia explain how something as simple as taking a deep breath can awaken a sense of beauty within one’s own physicality. In Nehemoyia’s words, “The constructive part of reimagining what spirituality is for you means that you have to put yourself at the center. As we begin to reimagine how we want to be in connection to spirituality or to religion (if that is something you choose to go back to), it’s important to ask ‘Who am I in relation to the things that I believe?’” Through this body-based introspection, In Liberated Company addresses the emotional numbness that often accompanies adverse religious experiences.

Nehemoyia and Joy envision this self-reflection emerging into a creative community of artists who actively engage with questions of spiritual identity. In the future, they would love to offer their program in colleges, engaging young adults who might encounter a shift in religious identity for the first time. They also see potential for how these conversations can reshape our academic and professional dance culture at large. Nehemoyia points to the separation of spirit and body that often dominates the Euro-centric dance field. In contrast, many cultures center dance in spirituality and rituals of healing. “The spaces where artists are investigating ideas critically are often the spaces where there is little room for folk dance, liturgical dance, African dance or Haitian dance,” she says. “These artists are not given the opportunity to investigate something that is from a different paradigm.”

This disconnect challenges the dance field to offer more space to Indigenous artists and artists of color. Nehemoyia believes that engaging with the many ways that bodies move in space has potential to offer us “information about ourselves as divine beings.” This critical engagement with religion also prompts us to consider the ways in which white christianity has contributed to racism and the erasure of other cultures and languages. Deconstructing the religious influences on one’s political and cultural assumptions is another part of the healing process.

Since this collaboration developed from a place of storytelling between the two artists, it seems fitting that we concluded our conversation with a story. When asked about her definition of spirituality, Nehemoyia pointed to the book Jonathan Livingston Seagull by Richard Bach. In the story, Jonathan Livingston Seagull (a seagull) makes a name for himself as a skilled flyer. As other seagulls attempt to learn his gift of flight, they become overly preoccupied with the theory and mechanics, which inhibits their own ability to soar. Nehemoyia says, “In a lot of ways, religion is like the theory of how Johnathan learned to fly, and spirituality is getting up there and flying. Your spirituality is everything that you experience as you attempt to reach some version of your highest self.”

This metaphor sometimes parallels the journey of becoming a dance artist. While years of training hone skills and mechanics, many dancers originally enter the field because they experience freedom, joy, and aliveness while dancing. We seek a healthy community and connection with ourselves and the larger environment. By critically engaging with our histories and training, we can continue to return to that sense of connection.

Whether you find yourself in the studio, the sanctuary, or a space of your own making, Joy and Nehemoyia offer us the tools to look deeper, engage in these conversations about spirituality, and find the space of beauty that resides within us. 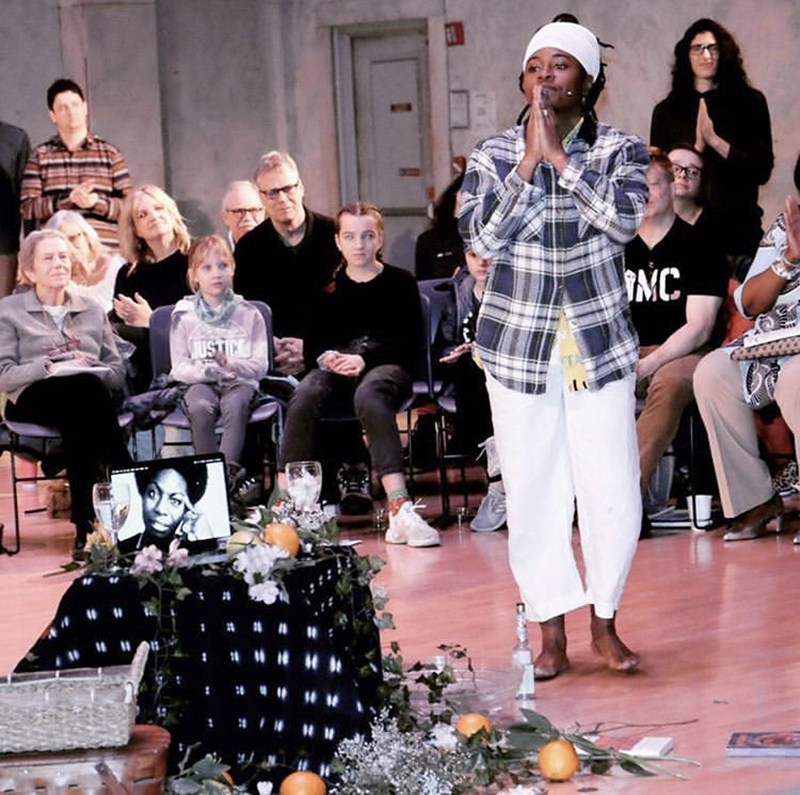 To learn more about Joy Havens and Nehemoyia Young and their work with Gibney’s Moving Toward Justice Cohort, visit gibneydance.org/2020/04/27/meet-the-moving-toward-justice-2-0-cohort or follow their progress on Instagram @inliberatedcompany.

All photos provided courtesy the artists.