“Making it” is not a built-in concept in Finnish culture. The emphasis in life is to study, work hard, and keep it simple. It is considered bragging if one celebrates their achievements too loudly. According to this Finnish unwritten rule, it felt strange to think about if I had “made it.”

My life, education and practice of art has been multifaceted. I grew up in the Finnish Lapland, close to the Polar Circle at the border of Finland and Sweden where Finnish and Swedish cultures mix in “meän kieli” – language, with the hint of influences from Saami culture. This mix of cultures, cold weather and several months of darkness formed my view of life and started my path in art. After finishing studies at the University of Art, Helsinki, I worked and studied in theater doing musicals, operas, teaching at universities and colleges, and touring with dance companies. I was introduced to dance from various cultures and practices; I learned stretching time and disciplining the body and minimalistic movement from Butoh and contemporary dance choreographers, making history matter from dance history teachers and taking courses on Baroque dance and through classical ballet training. I learned to sing in harmony in choirs and through performing in musicals. I have studied music, theater, film, TV, visual arts, composition, Pilates and anatomy among other things. The latest adventure that my body has taken me to is Somatic Experiencing™® trauma therapy training.

After moving to San Francisco 16 years ago and founding my dance company punkkiCo in 2005, I have learned from my artist collaborators who have been as eclectic as the City itself used to be.

It all comes from life. This sentence is part of my dance company’s mission statement. What it means to me is that I keep asking questions, learning in life, and keeping myself open to experiences. The most important thing I hold onto is that if I want to learn something well, I go to the source and find the best mentor.

Despite my Finnish nature and draw towards skepticism about elevating myself, I found my “making it” moment this summer. I was watching Francis Ford Coppola’s The Godfather with my teenage son, who saw the movie for the first time. The following day we talked about the brilliance of this movie; the structure of the scenes, the skillful use of the actors’ faces and body movements, the script and the minimalistic play and choreography between camera, actors’ bodies’ impressions and dialog. At the end of the almost three-hour movie, there is a Baptism scene where the lead character Michael Corleone (played by Al Pacino) is renouncing the evil, while murders that he commanded are simultaneously taking place. Talking about this scene with my son suddenly made me realize that I have “made it.”

The Baptism scene is built on two simultaneous, contradicting scenes playing on top of each other using sounds from each other creating a powerful buildup to tell a story of Michael Corleone taking his place as Don. For years, I have been learning about timing, choreography and the structure of drama. I have wanted to master this kind of coupling imagery and storytelling so I could effortlessly utilize it in my creations. After watching the Baptism scene, my mind drifted to my latest full-evening work Controle, and I realized that in that work I had used this kind of structure, with multiple simultaneous actions happening onstage flowing from one scene to another, creating a net of actions that complement and contradict each other.

I have watched, listened and learned from the masters of various art forms and professions. I have absorbed and utilized the skills that these various brilliant (and also the ones not so brilliant) skilled handicraft workers have taught me through their art and art making. I have walked the path, worked hard, done my studying, even though it doesn’t always feel gratifying. And sometimes there are these glimpses in time when, for a moment, like watching Coppola’s masterpiece for the umptieth time, I feel connected to the larger energies through art making. For a moment, I felt like I had “made it.” 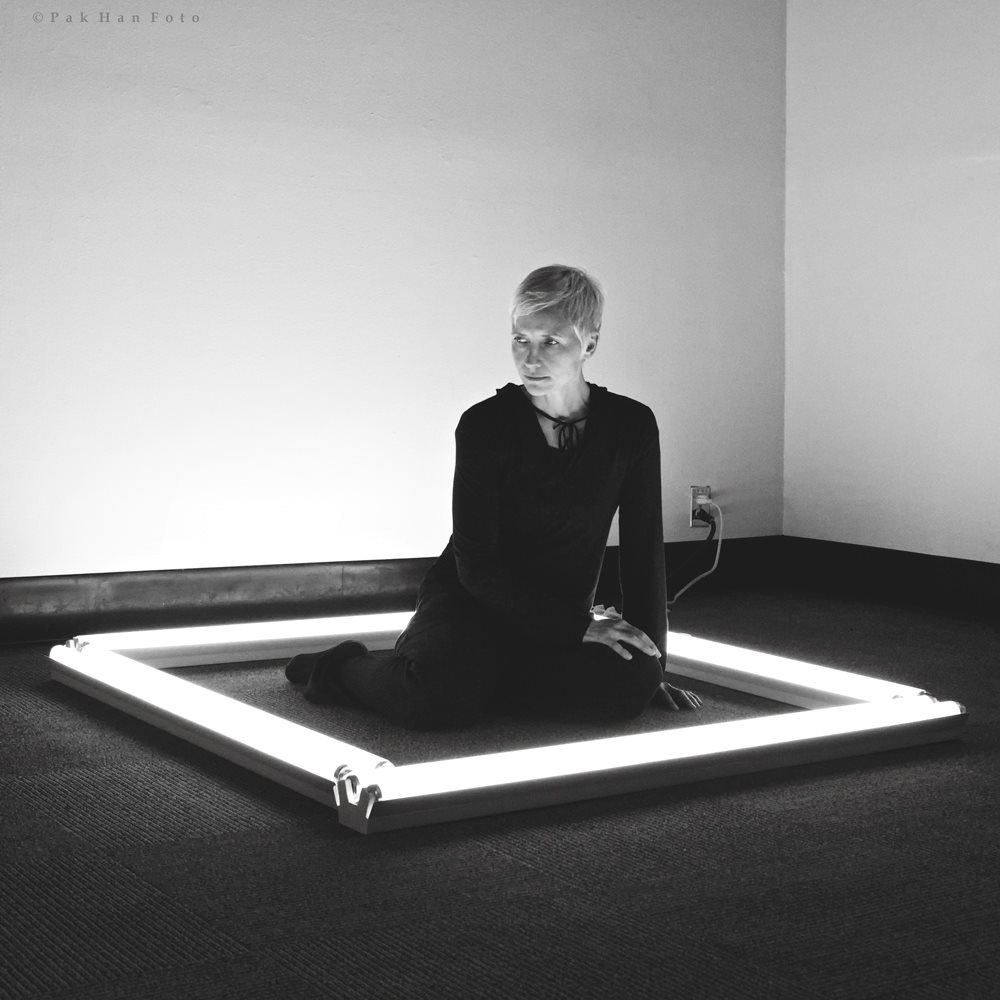 Raisa Punkki is a San Francisco-based dance artist who was born and raised in Finland. While living in Europe, she worked and studied to learn several genres of dance and movement practices including ballet, contemporary dance, butoh, jazz, boxing and Pilates, so she could better understand and tell the stories through the moving body. In Europe, she worked and toured with Kenneth Kvarnström, Tero Saarinen and Anzu Furukawa, among others. After moving to San Francisco in 2003, she founded her dance company punkkiCo in 2005. Raisa is a mother of two children. Through that life altering change, she has been able to receive yet another way to gain knowledge of the female human body and mind. Her quest in life is to try to find the answer and keep asking the question: why? She constantly tries to broaden her range of experiences so she can find, capture and expose life’s significant moments through her art making. Raisa’s artistic exploration happens through different forms of contemporary dance, theatrical work and through collaboration with artists from different disciplines. The creation of her choreographies takes time and the final presentation is based on the maturity of the idea. For her, the strongest form of expression is the nonverbal communication that happens beyond words. Raisa’s newest exploration to body is happening through studies in Somatic Experiencing® Trauma Therapy. This is what Raisa says about her experiences as an artist: “The purpose of my creative work is to shake the unconscious mind and tap in to empathy and connections between people for deeper understanding.”