I have been a dancing human for as many years as I can remember. Actually, even before that, my mother taught dance when she was pregnant with me, so I was doing the jig in the womb. I relate to dance like I relate to breathing: it is a necessity of my own existence. I am first a human, then an artist, mother, wife, and daughter. I also love to hear other people’s stories. So, when presented with the fun task of writing about “making it,” I couldn’t help but tell my own. I hope that anyone who reads this will see a part of themselves in my story and remembers that the moment we feel that we have “made it,” we are no longer living, only existing. 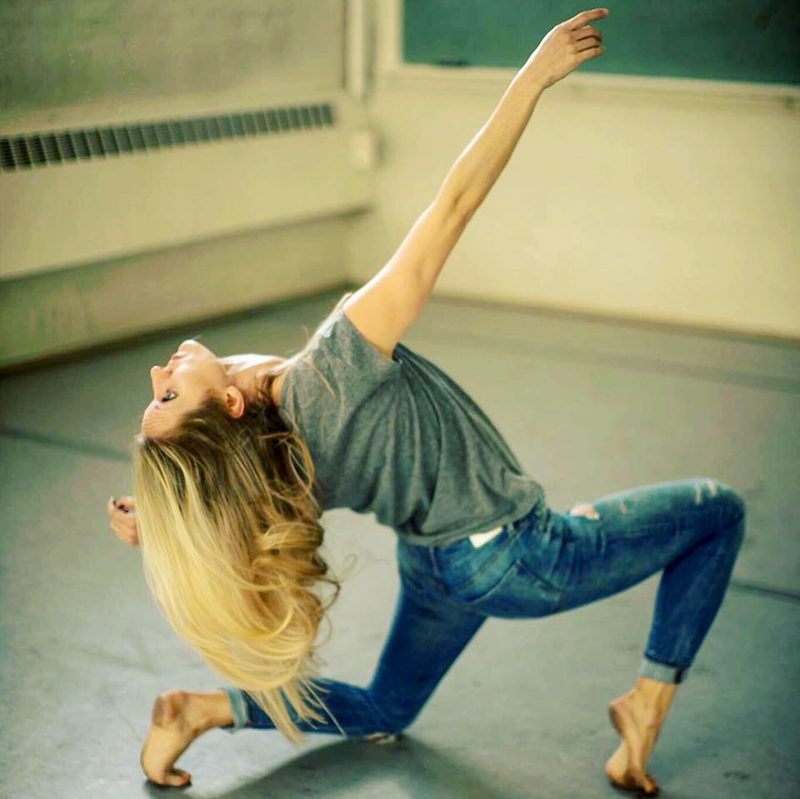 I have just relocated to Kalamazoo, Michigan from Albuquerque, New Mexico, my birthplace and home for many years. I accepted a tenure-track position at Western Michigan University as an assistant professor of dance. This position is a huge honor and I am thrilled to be where I am. This feels like one of those milestone moments in my career where I should say to myself, “Wow! You have made it!” But I know that this is just the beginning of something new, not a landing pad where I get comfortable. Not even close.

If I were to tell my 12-year old, classically trained, take-myself-too-seriously, there-is-one-way-of-doing-things, dancing self that teaching dance in academia is what I would be doing later in my career, I am not sure I would have believed it. I wanted to be a professional dancer and nothing else! I trained at the Bolshoi Ballet Academy in Moscow, Russia, to later join the Moscow State Classical Ballet Company, went to summer intensives every summer starting at the age of 10, and went straight to the studio every day after school. My mind was set on “making it” as a professional dancer. You know, the only way to “make it,” to be a dancer who trains her butt off, gets into companies, travels the world performing, dances until her body can’t sustain it anymore, and retires with dignity. Right? Because that is how one “makes it” in the dance world. There is only one path and one way to succeed in this field. Right? Nope.

I have been fortunate enough to do many of those things, train rigorously, get into a range of professional ballet and contemporary companies, and travel the world performing. But there wasn’t a moment in that span of my career when I felt like I had “made it,” nor was I totally fulfilled in what I was doing, even though I was checking off the boxes of my “making it” formula. Truth be told, I was burned out by the time I was 27 years old, an age in my mind that should have been the prime of my performing years. This was the year that I got pregnant with my daughter and decided to move back home to Albuquerque with my family. After dating my now husband, who resided in Albuquerque, for seven and a half years long distance, we were finally living in the same place and I had to figure out what was next in my career. This was the best personal and career move I ever made, yet, it was the only step that wasn’t planned or a part of my original “making it” formula.

The move back home began a new 10-year chapter. It felt like a fresh start, but I still didn’t feel done with the last chapter of performing nor being an active dance artist. Becoming a mother, one of the best jobs I ever attained, while simultaneously attempting to continue building my dance career, was complicated, confusing, and turned out to be a new formula with the outcome of an identity crisis rather than prescribed success. I taught dance in Santa Fe and Albuquerque while continuing to perform independently. The lifestyle of an independent artist worked for me. I had a flexible schedule as a mother and it also allowed me to be more selective about the work I was doing. Choosing which artistic projects I was going to commit to was not a luxury that I had in the professional company world. Maybe the life of an independent artist was more fitting for me, but it was hard to accept because it wasn’t part of my former plan. Yes, I am stubborn and rather persistent, if you haven’t noticed, and for the most part, this asset has helped me succeed in life. In this realm of my story however, it worked against me. But I digress.

I wanted more. So, I scheduled a meeting with the head of dance at the University of New Mexico at the time, Donna Jewell. I inquired about the program and we had a wonderful conversation around all things dance. I was worried about not being able to perform any more like I imagined because of my age, a ripe 27. She laughed and told me, “The best of your performing years have yet to come!” She was right. What was I doing placing artificial limitations on myself?

So, in 2013 I decided to go back to school at the University of New Mexico for my MFA degree. These three years were the most difficult and most satiating I had as an artist to date. I marinated myself in the creative practice, continued performing, and deepened my thinking on dance as an artform. I began to find my own artistic voice through creating, reading, writing, and discourse. I had incredible mentors who were fully invested in me and remain so today. This certainly wasn’t my plan, but I began to realize that my true fulfillment came from experiencing dance in multiple ways: performing, teaching, choreographing, collaborating with other artists, and a new love that surfaced, dance for film. Well, I didn’t see this coming. Have I “made it” yet?

After I received my MFA in 2016, I co-founded a contemporary dance collective dedicated to creating a platform for professional contemporary dance in Albuquerque. I didn’t know it in the beginning, but wearing the many hats of director, producer and presenter were also passions of mine. I began to see how dance could positively impact a community. As an educator, I continue to grapple with the question, “What are we preparing these students for?” The field of dance is rapidly evolving and what I was preparing for in my pre-professional years is no longer what we are training the next generation for. Artists today need skills beyond their technique. They need to be their own agents.

If there is one thing my unfolding story has taught me so far, it is that there are endless ways to “make it” in this artform. We all forge our own paths and get to decide what success means individually. Our art demands our presence; the moment we feel that we have “made it,” we settle and lose the critical energy necessary for continued growth. So, I am happy to say that I have not “made it” and do not intend to do so.

There is much work to be done. For me, it is in a new place, with new people, and in new ways. My position at WMU is not an arrival, simply a new beginning. I know that the work never ends. This truly inspires me and overwhelms me at the same time. But it is what keeps me moving forward. I continue to ask myself, “Am I doing it? This professional dancer thing? What is it exactly?” How to define it. Maybe succeeding, “making it,” and being a professional are all in the eye of the beholder. Maybe there isn’t just one way to “make it” in the dance world after all (listen up, 12-year old Kelsey.)

It turns out, the dance field isn’t disconnected from the rest of the world, and our art is inseparable from our selves. It is all interconnected, we are all interconnected. I, along with every other artist in the field, continue to “make it” by continuing the practice. We are always in process. There is no end point where we become fixed. At least, I hope not. Because the moment we feel we have “made it,” we are no longer living, we are only existing. 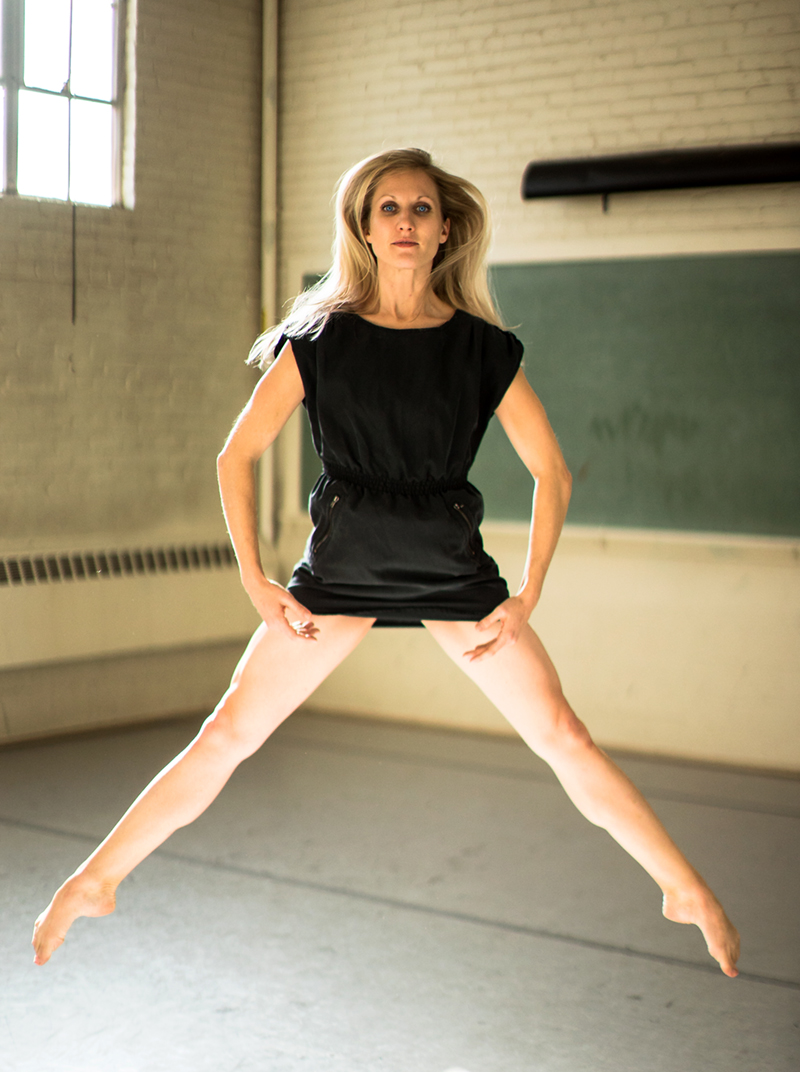 Kelsey Paschich is a dancer, choreographer, educator and interdisciplinary artist. She is a co-founder/co-director of SHIFT | DANCE and is an assistant professor of dance at Western Michigan University. She holds an MFA in dance from the University of New Mexico and was the recipient of the National Dizzy Feet Foundation Gene Kelly Legacy Scholarship in 2016. She holds a BFA from Point Park University. In 2017, she created several dance films in collaboration with University of New Mexico assistant professor of dance Amanda Hamp for the northern sky, a westward facing window, a performance/installation at the CFA Downtown Studio. In 2016, Kelsey created a documentary film on the making of the large scale, site-specific dance performance of Golden Migration at the Valle de Oro Wildlife Refuge in New Mexico for the 516 Arts Decade celebration. Kelsey received her Countertechnique® teacher certification with founder Anouk van Dijk, and has otherwise performed extensively with The Moscow State Classical Ballet, DCDC2, Thodos Dance Chicago, River North Chicago Dance Company, the Chicago Symphony Orchestra, the Interdansa Dance Festival 2010, Keshet Dance Company, ARCOS Dance, the Edinburgh Fringe Festival, and the Hannibal Project in Solden, Austria.