The phrase “making it” feels obsolete – like a floppy disc or a fax machine – but it has this weird, lingering presence. It’s easy for me, as a performer and director, to hate that concept. There was a period of my professional career where “making it” fooled me into operating under a toxic belief system. It wasn’t until a major shift in my artistic vision a couple of years ago when I started to question and reexamine my relationship to “making it” – for the better.

The Make-Believe Land of Winners (or, how I used to define “making it”)

The convention of “making it” brought me restless dissatisfaction, in which nothing I chose seemed good enough to be permanent and I was unable to resist the endless chase of bigger and better opportunities. I saw (and still see) this idea reinforced with the celebration of vertical growth.

My entire understanding of dance was based off of a reality TV game show. I sheepishly admit I started my dance career because I avidly watched So You Think You Can Dance on TiVo with my stepmom in high school. This was my one point of reference for being a dancer, and it shaped much of how I viewed success: public praise and reward for perfect execution in comparison to those around me.

Being one of the leaders of detour dance, each project or production had to be bigger than the last. This outwardly proved maturity, financial growth and increase in professionalism, even if none of that was actually happening. As a performer, the number of companies I danced with was an easy way to quantify my success. The more projects I was involved with, the busier I appeared, and the higher I felt. Anytime I had to make a choice, it had to be forward and up. I harshly and unfairly judged taking backwards steps, side steps, or even standing still.

“I’ve made it!” was a mythical place I found sexy. I believed someday I would make something so epic or land some incredible once-in-a-lifetime opportunity that I would deserve entrance into a league of accomplished individuals. I had also heard of some people – who might have also been mythical, but definitely not legends – who tried to get there. As far as I knew, no one was successful at it. What I didn’t know was that it was high up on a plateau where a bunch of reclining chairs, trophies, mirrors and framed press articles collected dust, and everything was coated in cheap gold lacquer. I couldn’t see how elite, stagnant and lonely it was. Needless to say, that mindset was delusional and ironically not rooted in reality.

Entering the Latitudinal Dimension (or, how I currently define “making it”)

In 2014, my collaborator Kat Cole and I sat down after one of our rehearsals and talked about the trajectory of detour dance. Something was uncomfortably sitting in our throats and we could both feel it in each other. We held up a mirror and saw two people who were drained (of energy, time and resources) and pessimistic. It’s not easy to look straight into your insecurities.

My building blocks for success were loosely stacked one on top of the other, and I stood at the top holding on for dear life. The smallest of winds could knock my tall, unstable tower over and send me crashing to the floor. This realization empowered me to revisit and restructure my value system and artistic vision. I thought to myself: I’m a creative person, so I should apply that creativity to how I gauge my success.

I flipped “making it” on its side and explored horizontal growth.

Horizontal growth, for me, prioritizes the expansion of experiences and the access to more information rather than only focusing on building upwards to one specific goal. It enables me to grow my awareness, expose myself to other methods/realities/truths, and increase my whole, conscious self.

I am NOT saying I don’t have goals – because I do. I’m going to continue to strive for greatness (regardless of how many grants I’m awarded, tickets I sell, performance opportunities I receive, or press reviews I get). That’s an important part of personal development as well. However, if I’m caught up in only achieving the biggest and best, I am limiting myself to the potential of multiple options. Horizontal growth allows me to operate in a framework of sustainability, healthy proactivity and exploration, rather than judgment and fear of failure.

Today, I have no problem saying I’m “making it.”

From my new perspective, “making it” looks like a room full of people who I love being around. Everyone is invested, supportive, kind and full of curiosity, and we’re collaboratively creating work that is impactful, builds community and empowers people. It’s being able to survive in San Francisco in spite of the massive gentrification and loss of my queer, people of color and artist communities. It’s the opportunity to develop myself, not just as an artist (i.e. traveling, reading, writing, occasional gardening, maybe teaching English abroad, riding my bike more, meditating, being more social, etc.). I’m not an expert, but this version is proving to be more fulfilling than my previous version of “making it.”

What I’ve come to is the importance of balance, both vertical and horizontal. I will continue to have upward goals, but I will open windows and extend my reach along the way.

#1: These are my insights today as a 27 year-old, and they are sure to change over time – at least I hope they do. Writing this has been an invaluable exercise. It revealed some deeper truths than I expected.

#2: Us young folk have been told again and again there isn’t a clear or singular road to success (however you define it). Well, guess what: it’s true.  We have our elders and ancestors who have pioneered some pathways for us. They have left clues, hints and maps behind for us. Go looking for them.

#3: By choosing to live as artists, and having to constantly navigate a really complicated and oppressive (capitalist) system that is designed to reward vertical growth (particularly to the privileged), we are all MAKING IT. 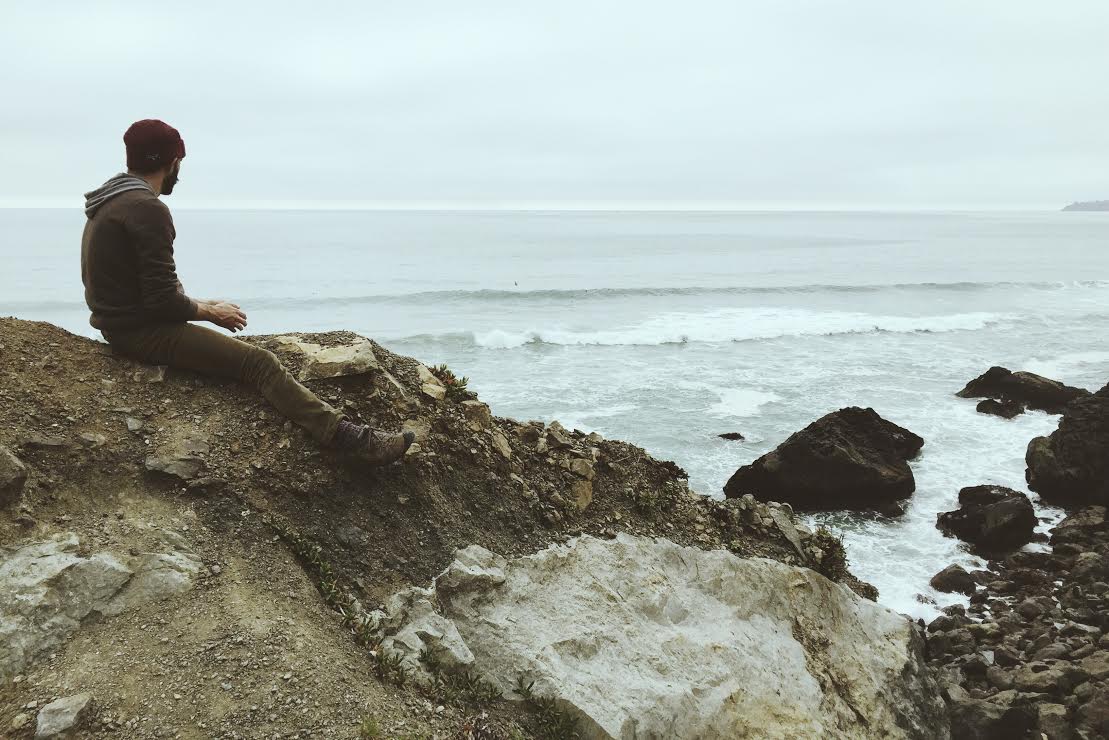 Eric Garcia is the co-director of detour dance and the Tiny Dance Film Festival. He is currently the production coordinator of Fresh Meat Productions and the SF Transgender Film Festival. Eric also co-hosts DRAG SPECTACULAR SPECTACULAR, a sporadic cabaret of drag curiosities. He has performed works by several companies in the Bay Area, most recently with LEVYdance, The Anata Project, FACT/SF and Project Thrust. For more information, visit www.detourdance.com.