I’ve only ever tried to run away from home once. I can’t remember what caused the upset that bubbled up in my stomach, but this eruption was so big, it took control over my little limbs. I packed my cardboard suitcase and stuffed it full with my most valuable possessions, went downstairs into the kitchen to make myself a “Stulle,” a butter sandwich, and stormed out the front door. I came to a halt only a few steps outside our fence. The forest next to our house looked quiet but the lurking dangers of early autumn filled my mind with worst case scenario ‘what ifs.’ Anger began to morph into fear…

I didn’t run far. The mix of rage and courage was only enough to carry me to the first bend in the forest path. Defeated, I returned home.

The second time I ran away was on stage, as part of portraying the character of stone carver Danilo in the Russian folklore “The Tale of the Stoneflower,” a children’s ballet we performed at my local dance school. Danilo runs into the woods in pursuit of the Queen of the Copper Mountain who presumably owns the Stone Flower, known to possess the key to creating absolute beauty from stone. The Prokofiev score, mixed with the adrenalin from the sheer excitement of filling the stage all by myself, took over my (slightly longer, 9-year old) limbs for 60 minutes. It filled my throat, my stomach, my lungs with a desire to move big, with ambition and drive. The music and movement catapulted me to a future I saw so clearly: something clicked. I never wanted to do anything but dance. The desire to find beauty in stone drove my character Danilo into the woods — ten years after I left it all on stage as Danilo, I ventured out and away from the comfort of the small pond of ballet school life to the big ponds of London and New York in pursuit of carving out my definition of dance and the best case relationship status we could have.

When it came to taking up the invitation to audition for my then dream company in London, I found out through the grapevine the director had pretty much already agreed on who they’d want to hire. YET, the audition was still on. I felt cheated. I spoke to my then closest mentor, my ballet teacher at the LABAN Center, who advised me to reframe: “Look at it this way — they may already know, but you have the chance to change their mind.” The simmer of hope faded soon as I tried to put myself in the director’s shoes: why take a risk on a stranger? I was always good at rationalizing myself out of opportunities. Needless to say, I didn’t get the job, but I pushed on, stood on stage at Judson Church, the Ailey Citigroup theatre, shot a dance film with former classmates surrounded by an installation of umbrellas on a street corner in Soho, and in many other beautiful places was surrounded by people who helped me define ‘beautiful.’ And the most memorable, I learned, were the ones who truly had to carve it from stone.

But with every gut wrenching rejection after auditions or broken promises of “eventually paid work,” the frustration about the politics and poor working conditions in the game grew bigger and the voice in my head grew clearer: focus on other things. It wasn’t until three years after I graduated with my BA in dance when ‘other things’ fully took over my life. That ultimately translated to me transitioning from part-time arts management gigs to dramatugy, education and outreach, grad school and, eventually, grant writing for an arts and civic engagement non-profit.

“Whoever finds that flower will never be happy” goes the myth about those who have seen the beauty of the Stone Flower. Sometimes, I feel this describes my journey with dance. Once you’ve found the bliss and pleasure in it, all of it, the repetitive but never ending challenges in the class-rehearsal-performance cycle, the high you feel after stepping back into the studio after a short break or when stepping out onto the dark, silent stage… when you cross the barrier of exhaustion and find the pure bliss that comes after passing that breaking point… once you enter into a full-blown relationship with dance, it’s often exclusive. In this case meaning it’s tempting to cut the cord to all other things in the mix of life that may also bring you joy: friends, family and love. When I eventually broke up with dance and ‘dated around’ to try other things, nothing seemed to measure up at first.

I didn’t choose to cut my cord to dance completely, ever. I was fortunate to gradually assemble the tools to develop other sides of me: the writer, the researcher, the interpreter, the connecting agent. I leave the door to dance open, because what’s behind it defines me still and always will. Working in the studio with kids or adults in facilitating dance workshops every now and then brings back those small pond memories for me: that’s where is all began. It’s uplifting to be able to pass on those sparks and see them fly off to become something of their own.

Every couple of days when I am done with work, I head over to Central Market, the Mission or Hayes Valley for open classes. I take the elevator to the fifth floor of the Odd Fellow building, or walk down 17th to ODC, or down Hayes to SF Ballet School. I know for 90 minutes of class or the occasional workshop, I can be part of that world that ended up being too much for me as a full-timer and freelancer. What’s different is, today, I chose to be enough in that world. 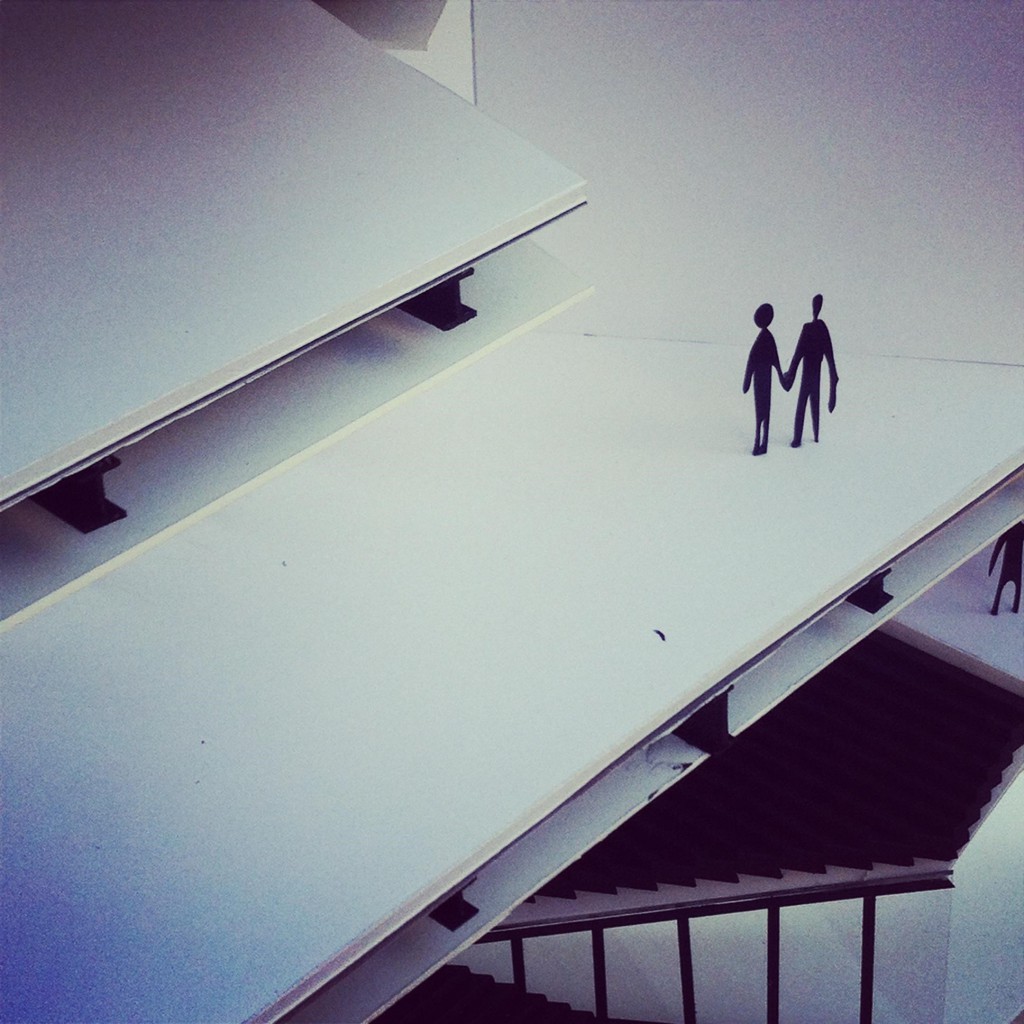 Wiebke Schuster grew up in Germany. She received her B.A. in dance theatre from TRINITY/LABAN Conservatoire of Music and Dance in London and went on to test her feet in the New York dance scene. There, she performed at venues such as Judson Church, New York City Center and the Ailey Citigroup Theatre. After returning to Germany, she worked administratively at the Bavarian State Opera and Ballet before moving to Los Angeles to pursue an M.A. in arts journalism from USC. She currently works in San Francisco as a grants writer for the Yerba Buena Center for the Arts.

One Response to “Away”