Ganesh Krishnan: I’m 30, and I’m an engineer like a lot of folks in the Bay Area. I’ve always loved dancing from when I was really young but I’d never had any formal training. About two years ago I decided that I like to dance and I was situated in my job, so I decided to pick a style and take classes. I always try to commit to something and do it as well as I can, but really I’m dancing just for the love of it.

Liz Brent: Where did you grow up?

GK: I grew up in India and was there until the age of 22 when I moved to Atlanta, GA for grad school. I’m from an area in the south of India called Chennai. It’s a region where, especially in my city, there’s a lot of emphasis on arts, music and dance.

GK: This is not necessarily my memory, but this is something my mom told me. I was on a bus and I was three years old. At that time in India there was a song that went, “Red light, green light, red light, green light.” On the bus there were these two ladies. One was wearing a red dress and the other a green dress, and I started bopping around singing the song.

LB: What was your relationship with dance growing up?

GK: I don’t think I danced too much until maybe the age of 16 or 17. I was always interested in it but never did too much. The first time I really started dancing was at a wedding. They had music and I just danced. And then I went bat shit crazy about it. I would go to concerts and the musicians would come up to me after and say, “Wow, man.”

LB: What is the dance culture like in India?

GK: In India, dance is region-specific. Certain cultures are more into dance than others. The weddings in my culture are a bit somber, but if you went up north, people would be much more likely to get out there and have a good time.

LB: So when you came to the states and entered grad school, how did your dance life continue?

GK: I did a few semesters of salsa. Back then I used to put a lot more pressure on myself and wouldn’t always enjoy it as much, whereas with free-form dancing I would enjoy myself more because there was no pressure to conform to a structure. As soon as I had to follow a structure I would beat myself up over not getting things exactly right. I could never get very far.

A bunch of things had to come together for me before I learned how to enjoy learning new dance steps. After I took some semesters of salsa, I got involved in Bollywood. I’m very much a rhythmic “feeling” dancer. If I don’t instinctively feel the movement I just won’t get it. That was my challenge with learning structured dance – I have to understand the feeling of it in my body. It might take me awhile to learn a new step.

The biggest thing I learned was to relax and take my time. It didn’t matter how much pressure I put on myself; the pressure made me more miserable, and anyway a relaxed concentration helps to get better at the steps. If I’m too tight, I don’t enjoy it and my motivation goes down. It becomes a chore. That was one of the biggest things I learned – to persist but without the pressure.

LB: What has made you stick with the Bollywood class?

GK: Usually when I take something up, after about a month I decide whether it’s something I want to continue in with my life. And if it is, I make it a priority. Jumping around doesn’t get me anywhere. So after a month I started really focusing on the Bollywood class and striving to reach a level that’s satisfactory to me, even if that never happens. And also, I can emote with the music. Even though I’m not a big fan of the movies, the rhythms are more natural in my body.

LB: Does your family know you dance?

GK: Yeah. My family’s always been really supportive of everything I’ve done in life. I can’t speak to whether that’s the norm in India though. Probably not.

LB: What is the general attitude in India toward male dancers?

GK: The classical dance forms in India have a lot of male teachers. Typically their movements and actions become more feminine over time. The dance is so much a part of them that their everyday life becomes a dance form, but there’s a certain kind of stigma associated with the males becoming more feminine. There are people though who have sought other dance forms and balanced themselves, but the males immersed in classical Indian dance become very feminine with a corresponding stigma. That being said, there are really good teachers that are both male and female.

I think that if you take out the classical dance and look at mainstream dance, it’s definitely considered cool for the most part. People are not necessarily encouraged to take it up though. Men are pushed toward engineering and medicine because those are the professions that make money, and people in India are a bit paranoid about not having enough money to survive. It’s a harsh reality in India.

LB: What do your colleagues and friends in the US think of your dancing?

GK: For the most part people are supportive. One of the shows I did, my costume was a bit tight, and I got made fun of for that. My friends in other parts of the US and in India say they think San Francisco is having its effect on me.

LB: When you started going to dance classes, were you the only guy?

GK: I took salsa at Georgia Tech where the number of guys is overwhelmingly more than the number of girls because it’s an engineering school and the genders are extremely unbalanced. There were more men in the class than women.

In other places I’ve been one of the few guys in the classes. There are a couple of guys in the Bollywood class, but they don’t always come on a regular basis.

LB: Do you feel like you have a different insight into dance as a guy than maybe a girl would?

GK: Since I started taking classes, the girls have far and away been better dancers. I have a little bit of jealousy, but mostly admiration. The girls are so good, and it makes me want to step it up. They’re better because it’s much more acceptable and they start much younger in most cases.

LB: It’s interesting that you don’t have the same technical background as many of the men interviewed for this project, but you’re saying a lot of the same things.

If you were to meet a guy just starting dance, what would you tell him?

GK: I think the most important thing is to pick a style that has appeal and then commit to it. Don’t put too much pressure on yourself. Show up. That’s most of the battle. Don’t get bogged down with the emotions, “I suck. I’m totally lost.” It’s hard to push those thoughts away but you really have to push them away.

GK: This is a funny story. In my undergrad I went to Stockholm, Sweden on a study abroad. We went to a nightclub and I went pretty crazy. They thought I was on drugs, though in reality I hadn’t even had a drop of alcohol. In Sweden the culture is different. It seemed to me they didn’t move very much. After about three hours, a bouncer walked up to me and told me to calm down. I said, “Okay” but continued. And he came back again and told me to cool it. This continued until I left the club. A couple weeks later I went back to the club, and the bouncer told me he didn’t know what I was on last time but if I danced that way again I couldn’t stay. It was two weeks later and he still remembered me. 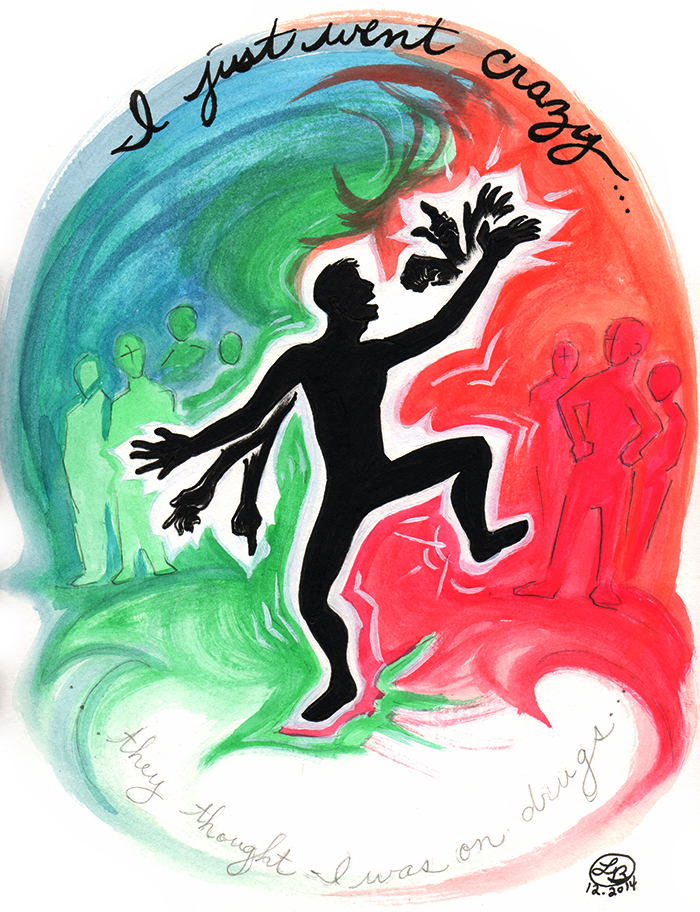