Have a question, opinion or a stance on dance? Get in touch at Emmaly@StanceOnDance.com.

Meet our director and editor:

Emmaly Wiederholt is a dance artist and arts journalist based in Albuquerque, NM. She founded Stance on Dance in 2012. Emmaly earned her MA in arts journalism from the University of Southern California and her BFA in ballet and BS in political science from the University of Utah. She further trained at the San Francisco Conservatory of Dance and performed extensively around the Bay Area. Her first book, Beauty is Experience: Dancing 50 and Beyond, was published in 2017, and her second book, Breadth of Bodies: Discussing Disability in Dance, was published in 2022. Emmaly is also a master DanceAbility instructor and leads local classes with people with disabilities, as well as is a founding member of ABQ Dance Connect. She continues to perform throughout the Southwest. 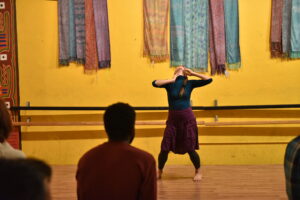 Donne “the Wychdokta” Lewis (president) is a Washington D.C.-based movement artist, and has been a dancer and musician for more than 20 years. She has spent the past five years developing the art of sand dance. She defines her version of this dance form as barefoot dancing on sand. Also a Reiki healing practitioner, Donne is on a journey to create a moving meditation, utilizing elements of dance, Pilates and other movement techniques to help guide herself and others toward improved mental and physical health. 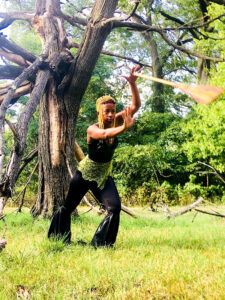 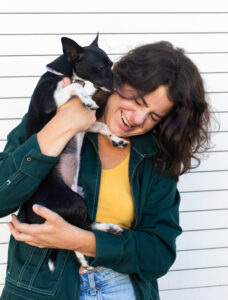 Alana Isiguen (secretary) is a pedagogue, performer, and choreographer of Filipino, Cuban, and Russian descent. She holds an MFA in Dance from the University of California Irvine and a BFA in Dance from New York University’s Tisch School of the Arts. Alana trained with Patricia McBride as an apprentice with the North Carolina Dance Theatre and Summer Lee Rhatigan at the SF Conservatory of Dance. She currently serves as Artist in Residence at the University of Washington, teaching jazz, ballet, somatic movement education, and directing concerts. Her research explores integrating somatic principles into dance education. 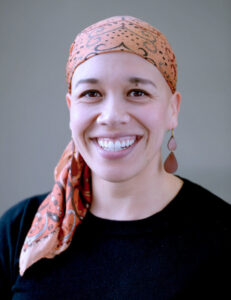 Cathy Intemann (treasurer) is based in Albuquerque, NM, and has been a dancer’s mom for more than three decades, so she knows more than she ever imagined about dance and dancers. She has also been in public education for 45 years as a public school teacher and currently at the university level working with student teachers. She has participated in a wide range of boards as a parent, educator, and volunteer. She supports Stance on Dance financially, editorially, and occasionally in unexpected ways. 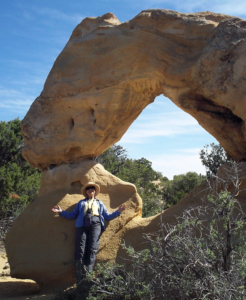 Gregory Bartning, a photographer in Portland, OR, who collaborated on Beauty is Experience: Dancing 50 and Beyond.

Liz Brent-Maldonado, an artist, writer, educator, and producer in San Francisco, CA, who illustrated Breadth of Bodies: Discussing Disability in Dance as well as contributed the Men Who Dance series.

Silva Laukkanen, a dance educator and disability advocate in Austin, TX, who co-authored Breadth of Bodies: Discussing Disability in Dance as well as curates the podcast series DanceCast.

Maggie Stack, a dancer in Reno, NV, who has contributed her illustrations and humor to The Bunion.

Thanks to these and many others who have contributed, followed and supported Stance on Dance over the years!

Stance on Dance is a 501c3 nonprofit.