This year marks Stance on Dance’s 10th birthday. In honor of the occasion (and a bit of a coincidence as well), I am pleased to announce that Stance on Dance has become a nonprofit and received 501c3 status. Stance on Dance’s nonprofit mission is to educate the dance community and wider audiences about dance from the perspective of underrepresented voices and access points. One way my board and I are fulfilling our mission is by launching a twice-yearly print publication that features and supports more dance writers and thus shares more perspectives. We will also distribute copies to dance educational institutions and to our donors who make this possible. 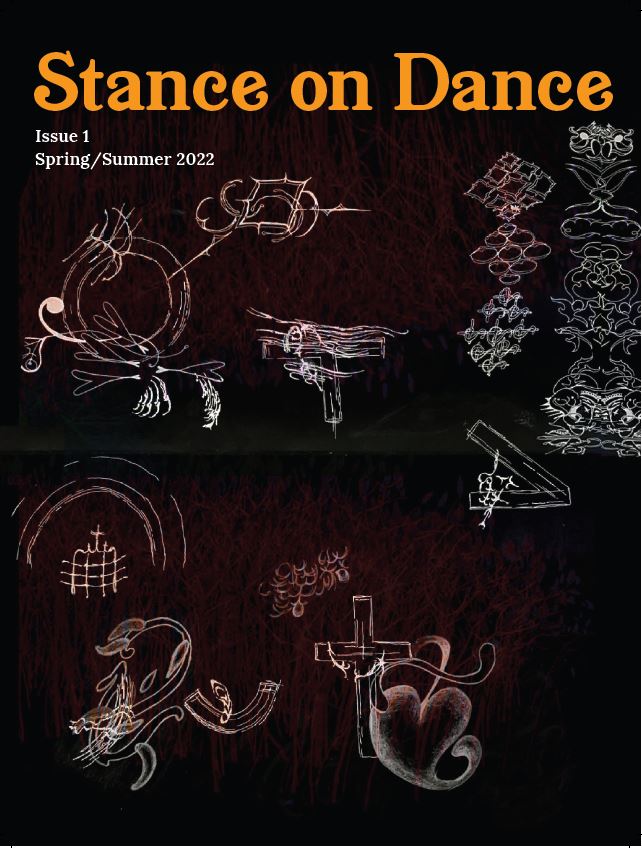 Allow me to wax philosophic about how Stance on Dance got to this point. I started Stance on Dance as a blog in 2012. As a freelance dancer in the San Francisco Bay Area at the time, I felt frustrated with the ways dance was written about. It was often written about by people without a deep knowledge of the artform, it was often review and preview oriented (and the show is but the tip of the iceberg), and it tended to follow the money and cover major ballet and modern companies while overlooking the varied world of freelance artists who pour their energy (and often their earnings) into making their art exist.

My idea was simple enough: I would publish interviews with fellow dance artists in the San Francisco Bay Area as well as solicit and edit content from colleagues. The blog often had a tone of being “on the ground,” as opposed to the more formal reviews and previews I contributed to various publications around San Francisco. I took pride in it being by and for dance artists. I published content once to twice a week, and it generally consisted of interviews conducted by me, essays by various colleagues, cartoons drawn by my roommate Maggie Stack satirizing the dance world, and music recommendations by my friend Jake Padilla. As time went on, my friend Ryan Kelley wrote drink recommendations to pair with various shows, a calendar listing with a twist.

From the get go, I loved producing content about dance and organizing an editorial calendar. And while the bawdy cartoons and drink recommendations were fun, it was the interviews with various dance artists that gained the most traction. I had an affinity for writing, but I was by no means a trained journalist. I was a dancer. As a result of Stance on Dance’s growth during that first year, I started to look into graduate programs in arts journalism. Around the same time, the cost of living in San Francisco started to skyrocket due to the tech bubble, and I felt trapped as a dancer barely making ends meet. I decided my time in San Francisco had come to a close.

In 2013, I entered a master’s program in Arts Journalism at the University of Southern California on scholarship and, through moving to Los Angeles, Stance on Dance began to cover artists beyond the Bay Area. As I developed a more journalistic tone, the blog became more professional in its coverage, transforming from a site that was mostly circulated amongst colleagues, to an online publication that was beginning to command a serious readership. My master’s thesis was a redevelopment of Stance on Dance with a sleek redesign, a more engaged social media presence, and employment of metrics to track and understand readership.

In 2013, I also began working on what would become the book Beauty is Experience: Dancing 50 and Beyond, where I interviewed more than 50 dance artists over the age of 50 up and down the West Coast. I worked with Portland based photographer Gregory Bartning, who beautifully captured each interviewee. Our goal was to showcase the beauty and form in a dancer of any age, as well as to demonstrate how artistry enrichens with time. The compilation was published as a hardcover book in 2017.

After graduate school, I had the amazing opportunity to travel to South Africa to cover the National Arts Festival for Cue Newspaper, a printed daily arts newspaper that existed for the duration of the festival. Aside from the experience being a cultural whirlwind, I also began to appreciate for the first time how different print is from online content. Instead of an endless vertical scroll, themes could be developed across articles with the aid of good design. The reader’s attention is also different, with more sustained focus, as opposed to distraction after receiving notifications on a device. One day during my time in South Africa, I outlined a plan for a print version of Stance on Dance. Of course, I had graduate school debt, no job, and I didn’t even know where I would live next, but the seed was planted.

Upon returning to the states, I moved to Santa Fe, NM, and took a job as the editor of Fine Lifestyles Santa Fe, a glossy magazine that covered restaurants and shops in town. I didn’t care much for the content, but I relished the experience of working closely with a team of writers, photographers, sales reps, and designers to produce a print magazine. I took careful notes on the process, always having in the back of my mind that one day I might apply these skills to a print version of Stance on Dance.

Throughout grad school, my time in South Africa, and my time in Santa Fe working for the magazine, I continued to produce weekly (and often bi-weekly) content for Stance on Dance. As a result of working on the dancing over 50 book project as well as through my various experiences post graduate school, Stance on Dance increasingly became devoted to elevating the voices of those who are often marginalized in the dance world. These include older dancers, dancers of color, dancers who identify as LGBTQ, dancers who have a disability, fat dancers, dancers who live outside major metropolitan areas, women in leadership positions, dancers working outside well-funded institutions, and dancers who practice forms outside the Western canon. Through focusing on perspectives that have traditionally been marginalized in dance journalism, Stance on Dance found its footing as a journal where ideas and ways of working that challenge the status quo are covered and celebrated.

In 2017, I embarked on a second book project, this time in collaboration with Austin/Finland based dance educator Silva Laukkanen, interviewing professional dancers with disabilities. Breadth of Bodies: Discussing Disability in Dance came out this spring 2022 and features 35 professional dancers with disabilities in 15 countries. Through our interviews, Silva and I deepened our knowledge of problematic stereotypes, barriers to education, access issues, and terminology preferences. These interviews are accompanied with whimsical illustrations by San Francisco based artist Liz Brent-Maldonado.

That brings us to the present. After years of publishing weekly online content covering dance artists from many practices and places, Stance on Dance is excited to announce the launch of a twice-a-year print publication that will further promote dance and the many perspectives of its practitioners. This first issue features an interview by Sophia Diehl with dance movement therapist Giulia Carotenuto, an essay by Katie Flashner on relocating her life and dance practice from southern California to Maine, an essay by Cherie Hill on advocating for equity in dance spaces, an essay by Bhumi Patel on decolonizing praxis, three original dance inspired illustrations by Camille Taft, and an interview by Nikhita Winkler with French dance artist Illan Riviere. I also have contributed an interview with Miami-based choreographer Pioneer Winter on his intergenerational and physically integrated dance company, and an interview (translated and facilitated by Lorie House) with Colombian butoh artist Brenda Polo and her collaborators who are studying the effects of butoh on the brain. We will eventually publish all this content on stanceondance.com, but I believe the design and opportunity for more sustained reading brings the content to life in a different, hopefully more enjoyable, way. 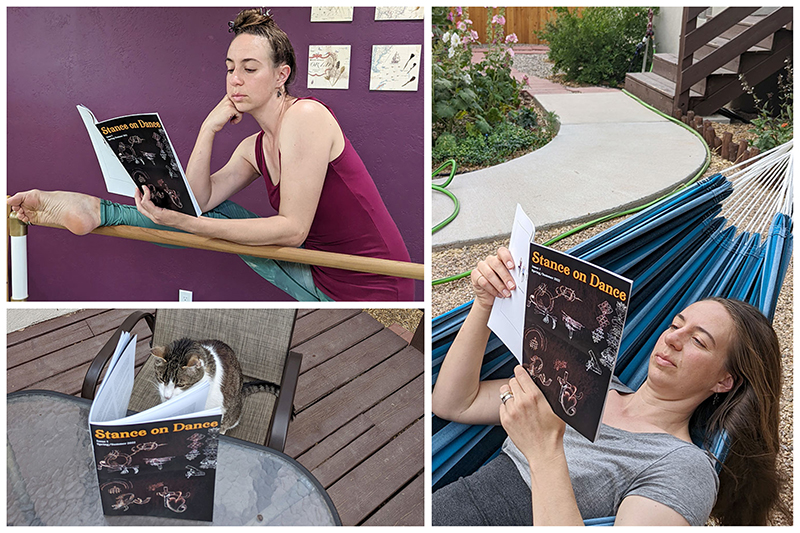 Where will you read your copy of Stance on Dance? And will you share it with your friends?

I hope you will consider supporting Stance on Dance in this exciting new format by helping spread the word or becoming a donor/subscriber. Many thanks to those of you who have supported and followed Stance on Dance in its many iterations over the past decade!

To donate to support dance journlism and recieve two issues of Stance on Dance in print a year, visit stanceondance.com/support.

To learn more about the Spring/Summer 2022 issue or to order a single copy, visit stanceondance.com/print-publication.

2 Responses to “Stance on Dance’s Journey to Print”