An Interview with Marika Brussel

Marika Brussel is a contemporary ballet choreographer based in the Bay Area whose work addresses social justice issues. Her first piece looked at homelessness, and her upcoming piece, House of Names, explores mythological women whose struggles speak to what many women face today. Here, she discusses how she made House of Names by exploring different cultural female mythologies, as well as how she hopes to create ballets that feel relevant and elicit change. 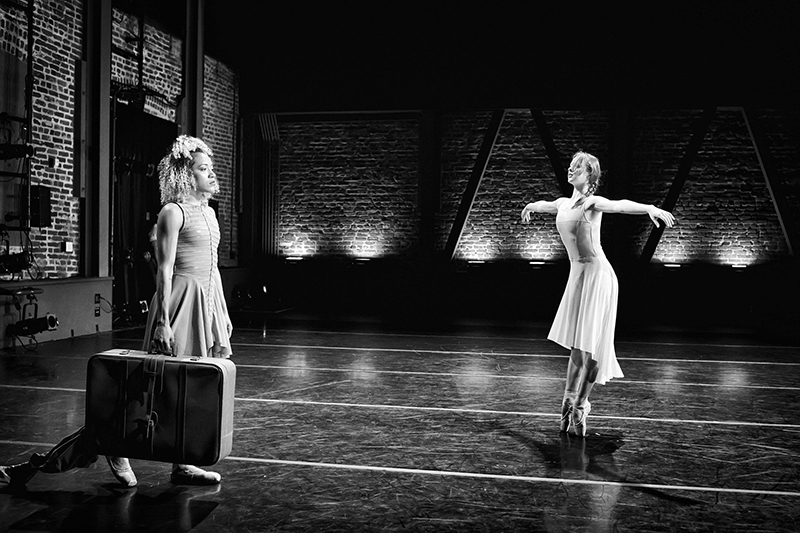 Can you share a little about your dance history and what shaped who you are today?

I grew up in New York City. My mom had a modern dance school in our house when I was little. Then I went to Joffrey Ballet School in Manhattan, and it was everything for me. I danced with the Joffrey Concert Group when I was still young. And then I quit dancing entirely for all of my 20s. I went to college and graduate school for fiction writing.

When I moved to New Mexico in my late 20s I started dancing again. I didn’t know what to do with myself there. I didn’t realize part of myself was missing until I took a dance class. I got back in shape and danced professionally, and also started choreographing a little.

When I moved to San Francisco, I started choreographing more. The biggest influence on my work and the reason I wanted to choreograph was seeing The Green Table by Kurt Jooss. The fact you could talk about bigger issues through ballet changed my world. I thought: This is how I want to tell my stories.

What was the impetus behind your newest piece, House of Names?

I’m very drawn to mythology and how our current times parallel a lot of mythological stories. I was looking at the story of Cassandra, how she was silenced, and how women throughout history have been silenced. #MeToo was becoming prevalent at the time. It was the same story as Cassandra: there’s a woman with important things to say and no one believes her. In Cassandra’s story, Apollo comes onto her and she says no, and he says, “No one is ever going to believe you.” That was her curse. And that’s the story a lot of women understand and experience. 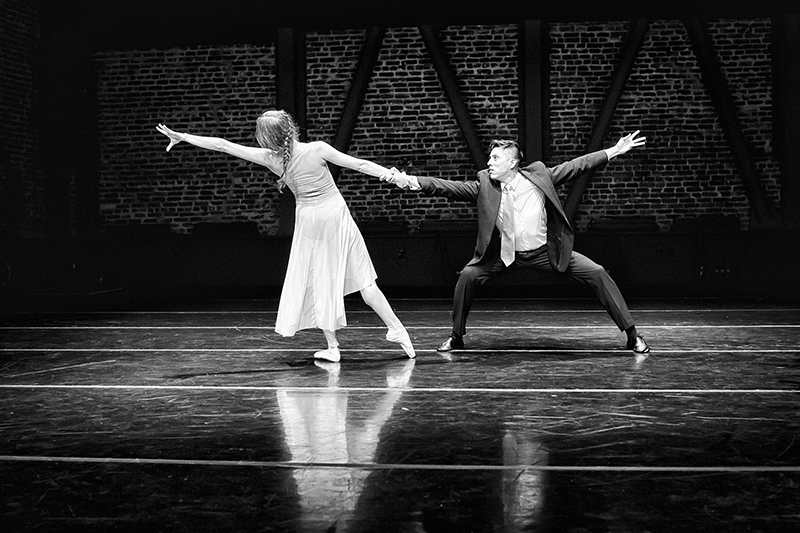 That was the original impetus for House of Names. I started collaborating with a composer, Carla Lucero, and we decided which stories we wanted to tell. Cassandra was the first one, and from there we wanted to look at stories from different cultures.

The second story we’re looking at is about Lot’s wife, which is an Old Testament story. Lot and his wife live in Sodom and Gomorrah. God tells Lot he’s going to destroy the city, but Lot can take his wife and two of their children who are virgins and leave. Most importantly, they can’t look back. Lot’s wife looks back and is turned into a pillar of salt. We’re looking at it as an immigration story – what do you take with you if you have to leave your home – and a COVID story – if someone told you everyone would be destroyed except you, would you go, or would you hold out a hand? Would you be able to turn your back on the people you love? Lot’s wife’s answer is no. She doesn’t want to leave her other children behind and her friends. It’s about that struggle and the decision to hold out a hand.

La Llorona is the third story and it’s from Latin America. She was a poor woman who fell in love with a rich guy and they had children together. He left her and married someone else, and as revenge in her despair, she drowned the children and then immediately regretted it. She spends the rest of eternity searching  for and taking other children. It’s a story to warn children not to stay out after it gets dark, but we are looking at it as postpartum psychosis. There’s the main character, La Llorona, and then three other dancers are the voices in her head telling her what to do. I’m trying to build empathy and understanding of her. She’s not a witch or a bad person, she’s sick. There’s always “the crazy woman” with makeup running down her face and she’s lost her mind. But maybe she didn’t want to have children and it’s too much for her. Instead of putting her in a box and saying, “She’s crazy,” let’s have some understanding for the emotions and changes women go through postpartum.

The fourth story is the only happy one. It’s about Miriam, Moses’ sister, which is also in the Old Testament. She’s a prophet and she saves Moses. If not for her, he would have been killed. She leads people from despair to hope through dancing and singing. She’s toward the end of the piece to signify hope and strength through dance.

The piece ends with Cassandra coming back and the other women starting to recognize and listen to her. 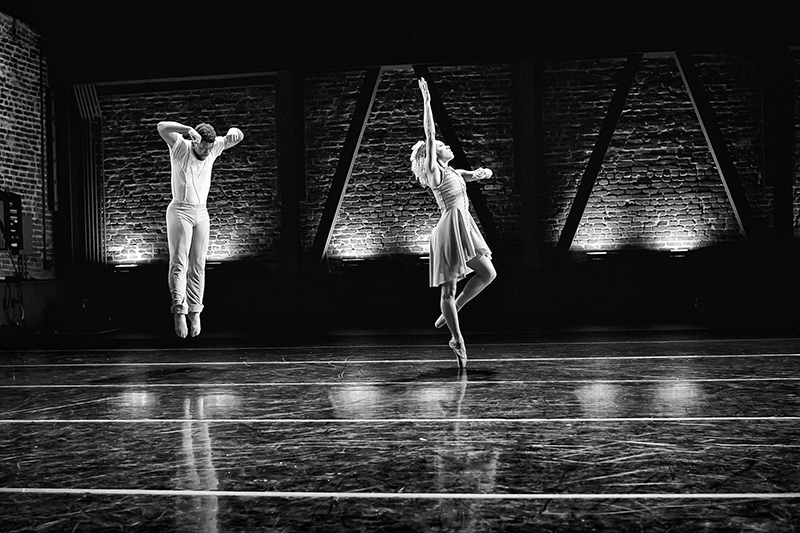 I usually have music first and the music leads me. But because the music was written for this piece, the process has been a little different. I talked through the stories with the composer, and she created the music in some parts simultaneously with the choreography.

As for the choreography, I did a lot of research with the dancers. We found different excerpts and made movement from them. For example, there’s a part in a novel I read where Cassandra has her first prophecy, and then she smells horrible things. I would read that excerpt while Sasha, the dancer, would illustrate some of that language with her body. One of the lines we worked with is: “There was a buzzing in her head louder than a million bees.” So Sasha would illustrate that with her body and I would direct.

What do you hope audiences take away from House of Names?

My hope is that it helps bring ballet into the present, so people don’t think of ballet as only for white people with a lot of money. I want people to feel like it’s inclusive and the stories speak to them in a new way.

I taught a class to middle schoolers the other day about social justice in dance. I was thinking about how protest makes you feel like you have power. By being connected to others who have the same ideas as you, instead of feeling hopeless, the protest gives you the power to move forward. Ideally, I would love if people saw the ballet and the injustices and take away that we need to make change and that they can be part of it.

I’m interested in social justice and I love ballet, so I’m trying to connect them. I made a ballet about homelessness and wrote an essay about it in 2017. My father was homeless and a heroin addict. That gave me a different point of view about people who are often overlooked and dismissed. In my work, I’m interested in giving a voice to the voiceless through ballet. 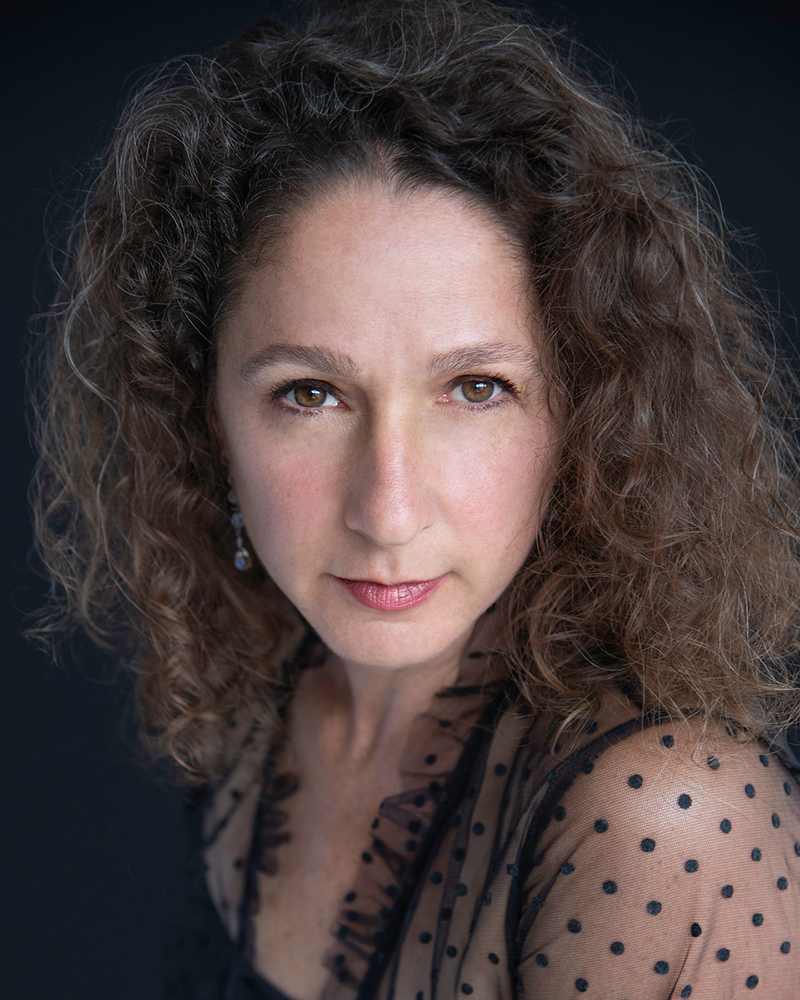 Originally, House of Names was going to be presented live onstage in 2020. I had a different vision of what the ballet would look like then. Now, House of Names is a film. There’s not going to be a live audience; it will be streamed with a live Q&A.

KQED made a short documentary on my piece about homelessness, and the filmmaker for that, Peter Ruocco, is filming House of Names. He’s such a collaborator in this endeavor. His expertise as a storyteller is different than mine. His vision comes from a different point of view. Audiences are going to see something really special. He’s been in every rehearsal and is interested in the trajectory of the narrative. We’re filming everything at ODC theater over several days, but some of it is also filmed in other locations, like La Llorona, in which she is hanging baby clothes in a backyard.

2 Responses to “Giving Voice to the Voiceless Through Ballet”