Do you remember reading Shakespeare’s Julius Caesar in high school and, like most kids, being gripped by the epic tale of corruption and betrayal? Now you can re-live your favorite drama in ballet form with Invincible Ballet Theatre’s upcoming production of The Ides of March.

Choreographed by Sterling Rejectori to an original score by Flora Mod, this tale of the ages brings to life all the splendor and tumult of Rome in a three-act ballet that will make you want to find and dust off your high school Shakespeare anthology!

The heartthrob virtuoso Ivan LaPool dances the part of Caesar, while the broody and nimble Jacque DeShoo dances Brutus, who must choose between his handsome and power-hungry best friend or the fate of the Roman Republic. Look for breakout star Sara Bluhart’s solo, who deftly dances the part of Brutus’ wife Portia with empathy. And don’t forget the brilliant costuming by Breeze Ronbo, who makes those togas and tunics look both dignified and graceful.

Rejectori’s choreography incorporates whole scenes where the dancers en masse face away from the audience and look over their shoulders in attempts to “watch their backs” in the most ingenious ways. And at the fateful moment when Brutus murders Caesar, the choreography and score climax in such a way that when Caesar mouths, “Et tu, Brutè? Then fall Caesar!”, the audience shrinks in their seats at the sheer magnitude of the moment.

Other brilliant performances include Shoreen Shashini’s portrayal of the soothsayer – who is both spooky and entertaining, kind of like a Roman Drosselmeyer – and Flippo Gorgon’s Ghost of Caesar. The Ghost’s haunting costume, while only appearing for a few minutes in the third act, incorporates more than 50 yards of chiffon. It’s telling of the monumental cost Invincible Ballet Theatre has put into bringing this extravaganza to life.

The Ides of March is playing for one night only – March 15th – so get your tickets now! Price of entry also buys you a Caesar salad at intermission! 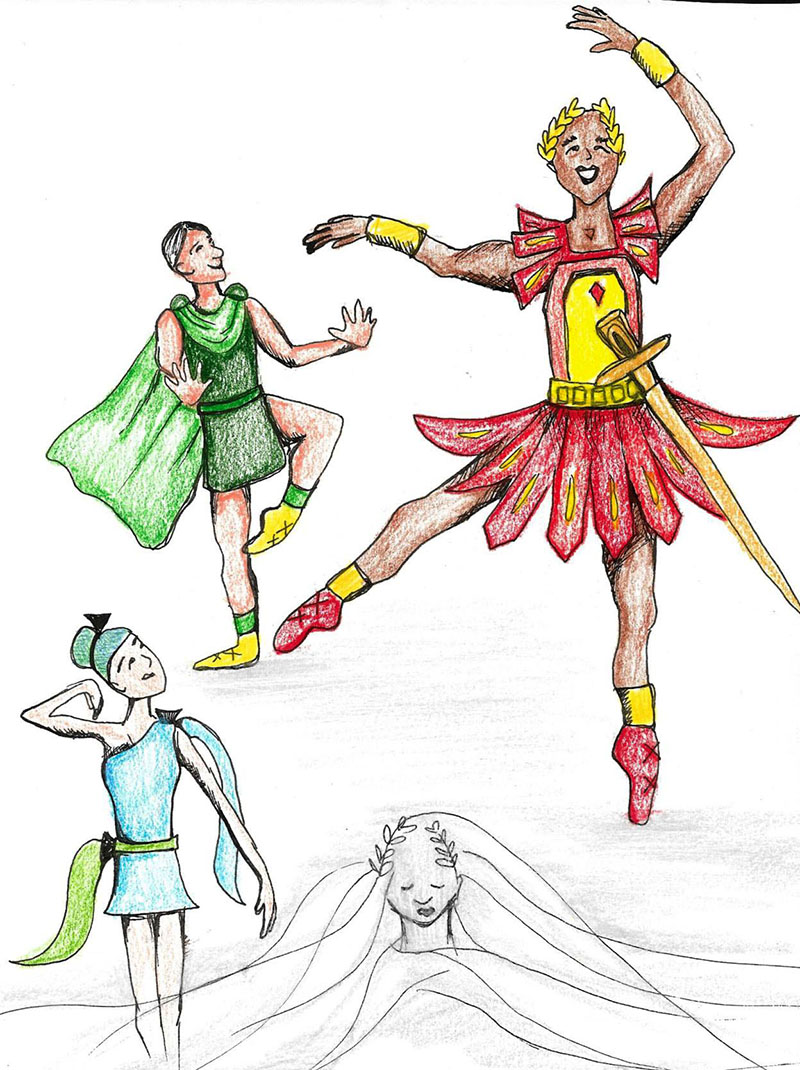