An Interview with Wayne Hazzard at Dancers’ Group

Wayne Hazzard is the executive director of Dancers’ Group, a service organization and presenter in the Bay Area that seeks to serve artists, the dance community, and audiences via collaborative programs and services. Here, Wayne shares how Dancers’ Group works to elevate artists of color through projects like House/Full of Black Women, as well as how he’s watched relationships in virtual spaces deepen and simultaneously how small socially distanced groups of people coming together still hold power and resonance.

This interview is part of a series looking at how dance organizations have responded to the tumultuous events of 2020. 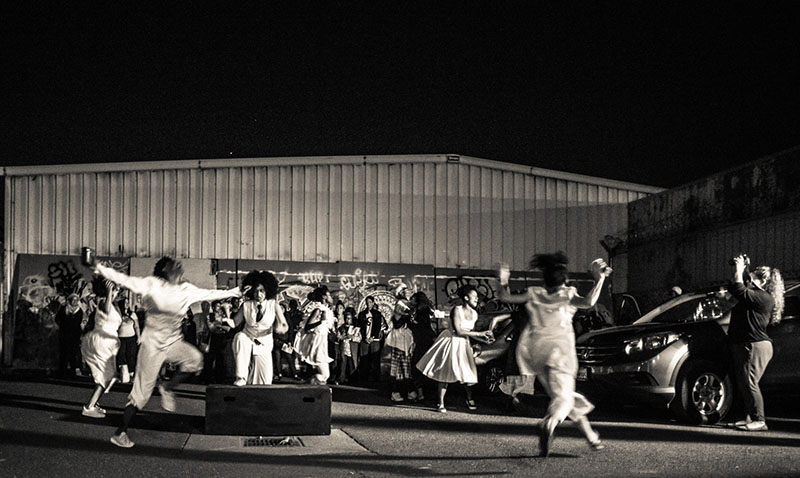 From House/Full of Black Women, Photo by Robbie Sweeny

What was Dancers’ Group’s initial response to the pandemic back in March and April?

My first reaction was disbelief and hopefulness that we would navigate this quickly. I hoped that in a few months we would be back to some sense of being together, especially with regards to public performances. Many on our board thought it would be around for a while. The immediate impact was that our monthly Rotunda Dance Series at San Francisco City Hall was cancelled. We had been gearing up for our 22nd year of Bay Area Dance Week, which was scheduled for the end of April and beginning of May. We were wondering if it could still happen. We kept thinking, “Oh, we’re in this longer,” or “Oh, more needs to be virtual.” We had also just put out our March issue of our publication In Dance. We did a hybrid online version in April, and then didn’t do anything until summer for the next version. In Dance has since gone virtual.

We re-set our CA$H grant deadline so that applicants could take more time to think about their projects. We also took the review process internally, meaning our staff reviewed the funding applications, because we felt we could hold the complexity of the time more than convening a panel. We understood someone might say, “I’m going to do a performance in October 2020,” and when we were reviewing the applications in May 2020, there was so much unknown. Some thought it would be many years before we could gather again, some thought public performances would be possible later in the year. We felt like we could hold that and not penalize in review what someone said they were going to do. We took into consideration that we’re all making decisions in the moment; a performance might instead be held virtually or postponed, and that was okay.

One of the things with Dancers’ Group’s model is we have a small ratio of earned income to contributed income. Over the years, we’ve shifted to free public programming, both in our Rotunda Dance Series, in commissioning ONSITE artists, and in Bay Area Dance Week. That’s not to say we don’t believe in paid public performances, but we want to offer another way people can access a variety of dance artists in different settings and take away the barrier of payment. Over the years, we’ve found it very effective in generating new audiences and putting dance in new places.

How did Dancers’ Group shift (or did it shift) in response to the George Floyd protests this past summer?

Dancers’ Group received a grant through the Kenneth Rainin Foundation to work with Amara Tabor-Smith and Ellen Sebastian Chang on the 14th episode of House/Full of Black Women, a five year site specific ritual performance project that addresses issues of displacement, well-being, and sex trafficking of Black women and girls in Oakland through a series of episodes. We have been in multi-year conversations with Amara and Ellen about the visibility of Black women, the stresses of racism, and the challenges particular to Black women in having to take on the mantel of so many things in society and then being discounted in terms of their work. We also have a Black woman on staff. As a white-led organization, even as a gay man, there are areas that, for people of color and specifically Black people, I have no relationship to, though I certainly have empathy and can advocate for.

This idea of white supremacy and racist policing in our country were part of conversations we were already having and wanted to continue to bring forward. We were simultaneously in conversations with Joanna Haigood of Zaccho Dance Theatre. We’re commissioning a work from her that will hopefully go up in some way in 2022, again about larger questions about our racist culture. That will take place at San Francisco City Hall.

We looked to those artists and our friends and colleagues to help us put out information about how people might think about Black Lives Matter and the protests. On Dancers’ Group’s homepage, there’s a statement by Joanna Haigood that she allowed us to post. I didn’t want Dancers’ Group to say something without a partner or advocate who is Black and who has that lived experience.

What are some ways Dancers’ Group is currently responding to the needs of the dance community?

In terms of online platforms and information sharing, we were already working with the Bay Area dance community to get out information about activities, discounted tickets, workshops, and different writings. When the pandemic started, we had those systems in place. There was tension between the people who said, “Take this time to rest and breathe” and the people who said, “Make the best of this time.” I’m not saying one was better than the other, but there was a sense that some people felt able to do things and others didn’t. We heard both, but still provided information about what people were doing. It allowed us to hear the multiplicity of ideas going around and to get out information about different relief funds happening both national and locally. We also provided ways people could think about staying safe, including information the CDC was putting out. Having this online platform helped with the constant immediacy of how things were shifting weekly and sometimes daily.

I have been challenged personally in terms of work being in relation to another body; it was a real challenge to think about if I’m really working and not just “working from home but really taking the day off.” Now, over these eight plus months, I’m seeing a real shift from the zombie Zoom to people treating Zoom as a space in which they’re in relationship to other bodies. I think that’s only going to continue to deepen. Our values of virtual space as workspace are changing.

Looking toward the future, how far out does Dancers’ Group feel able to plan? And are events all virtual, or have any in-person events been planned?

With episode 14 of House/Full of Black Women – New Chitlin Circuitry: Reparations Vaudeville, we had been working toward a fall 2020 presentation in Oakland in a variety of spaces outside. We continued to be in conversation with the artists and spaces in Oakland about where we might do the performances, and it shifted a few times. We did public events in October in the Black Cultural Zone in East Oakland at Liberation Park and at the Betti Ono Gallery. These were small socially distanced events with at most 40 people. It was really about the practice of safety and at any point we knew it might not happen.

We still won’t know the resonance of those events for a while, though in talking with the artists we understood how important it was and what it meant to that group of people to come together safely. The emotions I have around it are coming from this time of grief, unknown, and fear based on a rhetoric that isn’t concerned about people and their health. It’s concerned about commodification of people and that money is more important than people’s lives. What I value about working with artists is the humanity and the attempt to be in relationship to people. It sounds amorphous and abstract, but it’s so powerful to be in relationship. Especially with regards to the work we’re commissioning, people can create their own physical relationship to the work. That has such power.

How do you think 2020 is going to impact Dancers’ Group in the long term?

We just had a Dancers’ Group board meeting. Our board is purposefully represented by educators and working artists. They understand the numerous complications and challenges it takes to work in this field. They’re also Google engineers, lawyers, and professors for whom dance is a central part of their life. In our virtual board meetings, we have become closer because of this time. We’re realizing how much we can let down some guard about a kind of interaction because we don’t know what the future is and, in some sense, that’s the artist’s life. It’s about the moment. It’s about being present and knowing that even though I’ve done this phrase or performance before, in this moment it’s going to be new. What I’m seeing happen online and particularly with our board is a renewed belief in the work we are doing and how we’re figuring it out.

How do you think 2020 is going to impact the dance field in the long term?

In the sense of virtual spaces, everybody agrees that yes we want to be back together safely when we can, and yet one of the things about teaching and audience engagement is that now you don’t have a two-hour commute and you can take classes in cities you don’t live in. Those are opportunities we didn’t have before. The potential for a different kind of engagement will be with us for a while. I hope the hybridity will evolve; we will have in-person events and also be able to watch and participate online. It will shift ideas of what is a performance and what is an audience. Before, we always assumed certain things about public events, and those will come into question more. Dancers’ Group hopes to play a part in encouraging new definitions of how we work together and support creativity that isn’t only over a 12-month cycle or seen through the larger institutions of seasons or presenting work at 8 p.m. I hope ways that were rigid in the past will expand. 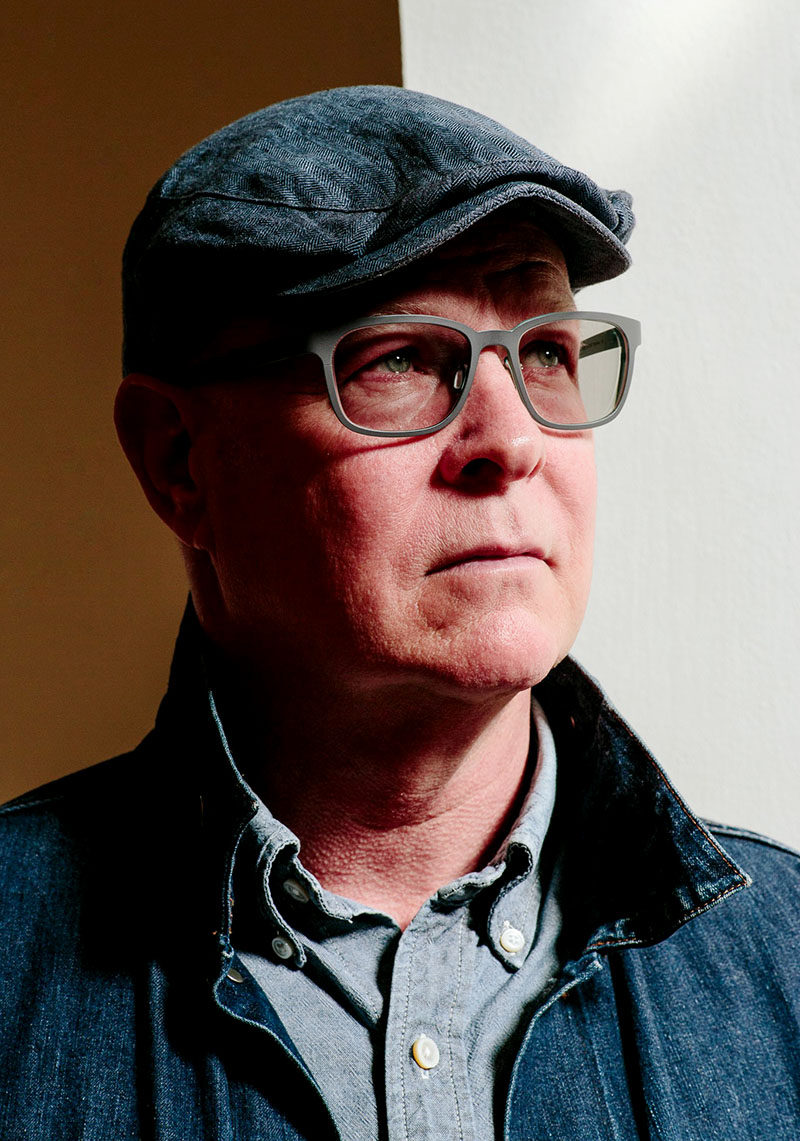