A few months ago, before the coronavirus hit, I was teaching a flamenco dance masterclass to college students at a small liberal arts college. I chose to teach parts of the flamenco style known as soleá, often referred to as the mother of all flamenco forms. Its slow and sustained rhythm combined with its regal posture and explosive moments make it a powerful and difficult form. In my own performance career, I did not even attempt to perform por soleá until I was in my late 20s, only once I had experienced a situation of domestic abuse and the only movement that allowed me to grieve and overcome that was soleá. As master teacher La Tati once said in a workshop at the University of New Mexico, “Someone cried out in the dark, and that’s where soleá began.”

It may appear as if not much is happening at some moments of a dance por soleá but, in fact, the internal focus and deep listening happening by the dancer creates an inner intensity that builds into explosive moments. The dancer’s body must be prepared for the physicality the music requires; their depth of expression, a vulnerability, must also be ready. The music and the dance are simultaneously interwoven and created, the body translating the music in some moments, and in other moments steering the music. This all creates an inner world for the dancer that further pushes the self-expression, and in turn affects the music—like a mobius strip; inner and outer worlds, music/musicians, and embodiment collide—where one begins and ends is hard to pin down. Here is a video of Manuela Carrasco dancing por soleá; she is considered one of the greatest performers of this style.

Much of my work in performance, research, and pedagogy revolves around uncovering the essence of this particular flamenco form. From a technical standpoint, that means understanding the biomechanics of the movements, the rhythm, the musical improvisation structures, being able to sing the verses and intimately understand them (both the lyrics and the music theory). This must be combined with a deep knowledge of the cultures and the socio-political histories that nurtured the form. Then, one can start to explore what soleá is for them, how they feel it, from the inside out. 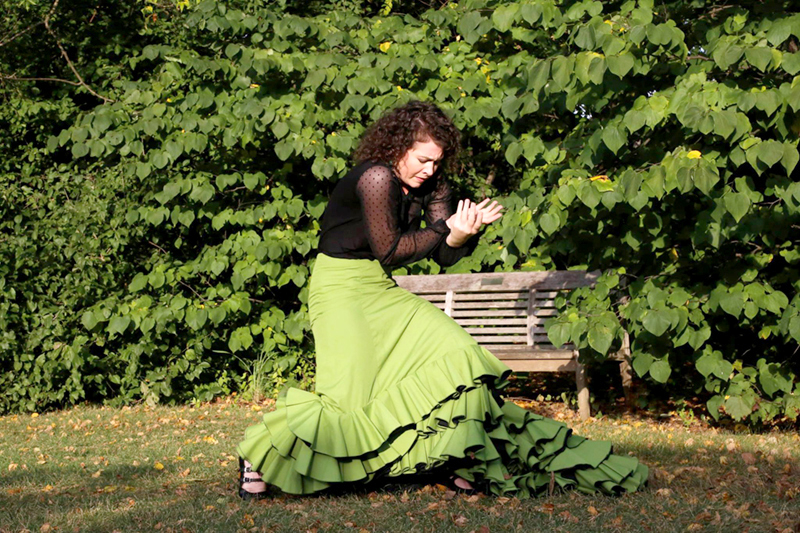 After the workshop, a colleague who specializes in a form of Western modern dance, summarized the workshop with, “I appreciated your use of bound movement.” Bound movement meaning: the dancer would have control to stop moving at any moment (common when moving slowly or when doing movements that require control, like a pirouette). [Definition of bound movement under “flow” in this contemporary dance dictionary.]

I was a bit taken aback in the moment—I had never thought to call the movements in soleá “bound.”  It was odd, but sure, at first glance; soleá exhibits characteristics of bound movement, so I let it go. But more than a month later, here I am pondering that statement. And, I’ve decided I will never call the movements that make up the soleá form “bound,” and this is why:

First, bound movement is a term generally used in Labanotation, a system of dance notation created by Rudolf Laban. Within the quality of a movement, Laban uses bound vs. free to describe the flow. Now, don’t get me wrong, I have no problem with Labanotation, and it has been the most successful movement notation system developed, not just for dance, but for recording human, animal, and robotic movement. And no system of naming, particularly one that relies on binaries is perfect; it simply gives us tools to talk about and describe, and even record, what would otherwise be ephemeral. Yet, any translation of an oral culture into writing changes the form itself by changing how it is passed forward, which is a whole other topic altogether. The tools of Labanotation work for an outside observer, but what about the internal world of the creator or performer?

(Interestingly, there is also a military terminology of “bound movements,” in relation to formations, timing, and speed in battle movements.)

Now, to use that term with regard to a culturally rooted dance form in the context of academia erases flamenco’s history, culture, uniqueness, musical cods, the ebb and flow of the singer, not to mention the people who created the form, in this case the Spanish Roma and melting pot of Andalucía (Southern Spain). To separate the movement quality from the verse, tones, and voice quality severs what makes flamenco whole. To put flamenco movements inside a Western modern dance language shows a blindness, ignorance, and disregard to what shapes the movements, refusing to recognize that the form is in fact different, not to mention complex. It also erases the personal expression required to fully dance the movements.

If one is going to embrace the dance form of a different culture, one must also embrace and understand the meaning behind the movements, otherwise are we truly embracing the dance form or just enveloping that form into another (be it a Western form or any other)? In so doing, one dance form is devalued, making it less than the enveloping form. It’s cleansing everything that is different and trying to make it the same. The only logical conclusion from those committing such gestures of erasure is they do not value the other form as an equal to their own.

I find it particularly ironic and hypocritical, because many dance departments these days say they want to embrace world and folk-dance forms, but as soon as one is present before them, they start trying to cleanse it of its history and cultural significance, to force it into their language and terminology. They only want to embrace it in its sanitary, enclosed, safe version—the superficial version—and make it part of their culture rather than maintain, respect, understand, and hold equal the distinctions, not to mention the depth of study it takes to appreciate or perform such a form.

I suppose this is why it’s all the more important that people can “code-switch”; to build understanding across forms. But that must happen from both sides. We will never know everything about all dance forms; we can acknowledge that fact and respectfully compare and contrast forms. Otherwise, to force one form into another’s terminology thwarts any hope of cross-cultural understanding by stating that the latter is superior and the former limited to that term’s conditions.

I open all my semester-long flamenco classes reading Deidre Sklar’s “Five Premises for a Culturally Sensitive Approach to Dance,” (Moving History/Dancing Cultures: A Dance History Reader, edited by Dils, Ann and Albright, Ann Cooper. Middletown, CT: Wesleyan University Press. pp. 32–33), introducing students to the idea that movement holds cultural meaning, and that to analyze dance we must use both embodied knowledge and cultural context. I highly recommend this short text which gives students a framework to approach the complex significances movement holds.

From now on, I want to confidently question others when they quickly slap a label on something and question myself when I feel the urge to do the same. Dialogue and questions, rather than assumptions—creating an open-space for translation—can take us a long way in understanding the depth of meaning behind the movements we see, in dance and beyond. 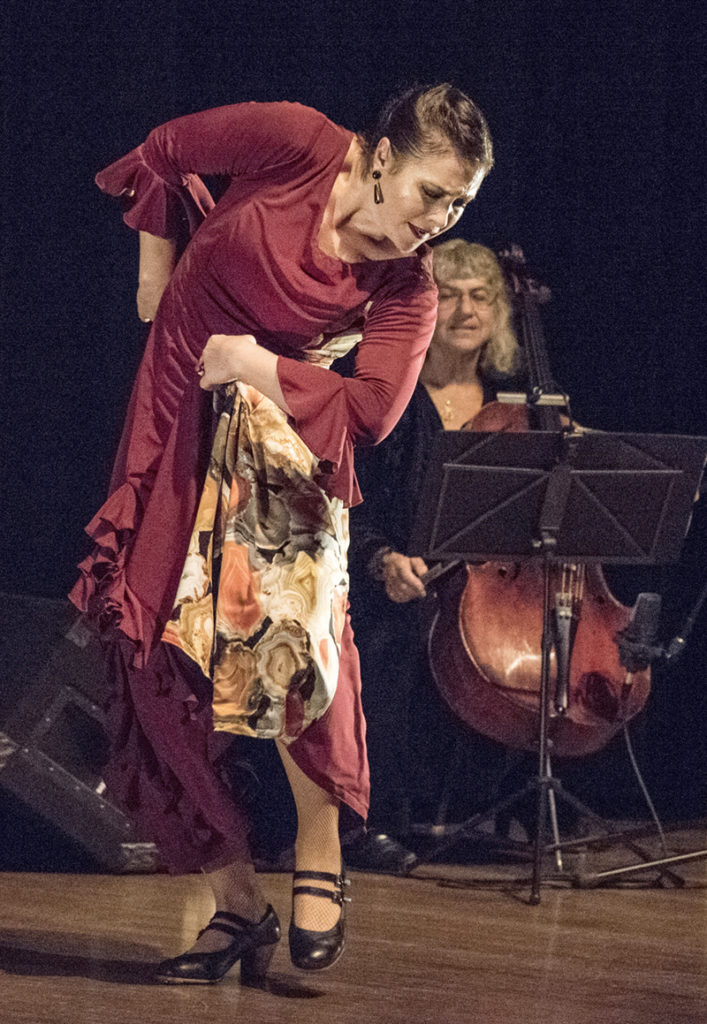 One Response to “Gestures of Erasure”