COLLECTED BY RACHEL I. BERMAN; ILLUSTRATION BY CAMILLE TAFT

such a beautiful sunset tonight.

oh yea, it was. i caught a glimpse of it as i agonized over brown rice.

what is your relationship with celery?

i am learning to like it. i was told it is good for bones and that it looks like bones. i find i don’t like it in soups. i feel like it takes over and it’s all i can taste. how do you like to use celery?

there was a dance performance there.

well, what did you see?

what did i see?

yea, what did you see?

um…it was very modern. there were four performers, three men and one woman. two were on the floor. one man, shirtless, well he had tattoos, he walked in circles around the two on the floor. all i could think was what was he going to have to do to get that repetitive movement out of his body.

how large were the circles?

she seems to have grown in form

her flesh has more

there was an old tree she used to visit. its shape has vanished some. really gnarly bark and the smells

did you write to her?

did you call that other one?

they couldn’t be far

there used to be a tangerine tree there

and there where we had a rainstorm adventure

we stood behind the night blooming jasmine and it was raining 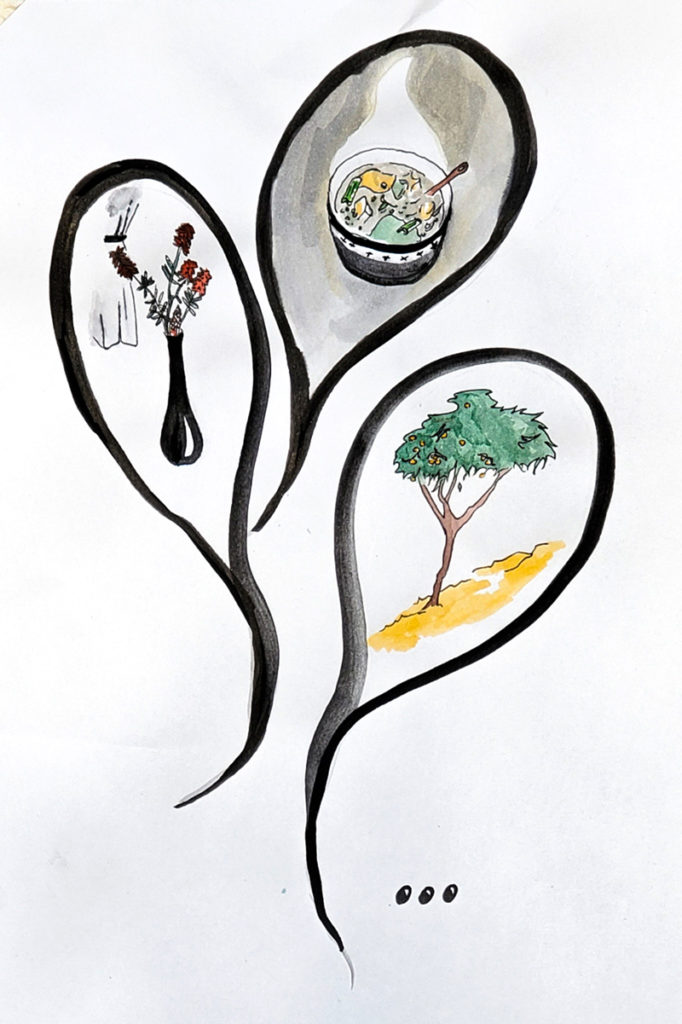 Rachel ‘Ihilani Berman dances and writes and is learning with plants and farmers. She lived in New York City from 2011-2019 where she had the privilege to work in and between the worlds of immersive theater company Third Rail Projects and choreographer Sarah Michelson. Rachel was grown on Maui and is immensely grateful to have returned.