An Interview with Edmond Richardson

Artistic Ensemble of San Quentin is a group of men within San Quentin State Prison and outside members who collaboratively explore social inequalities through language, sound and movement. Here, member Edmond Richardson shares why he joined Artistic Ensemble, a peek into the creative process, and a favorite moment during a piece exploring his experience growing up with a disability. 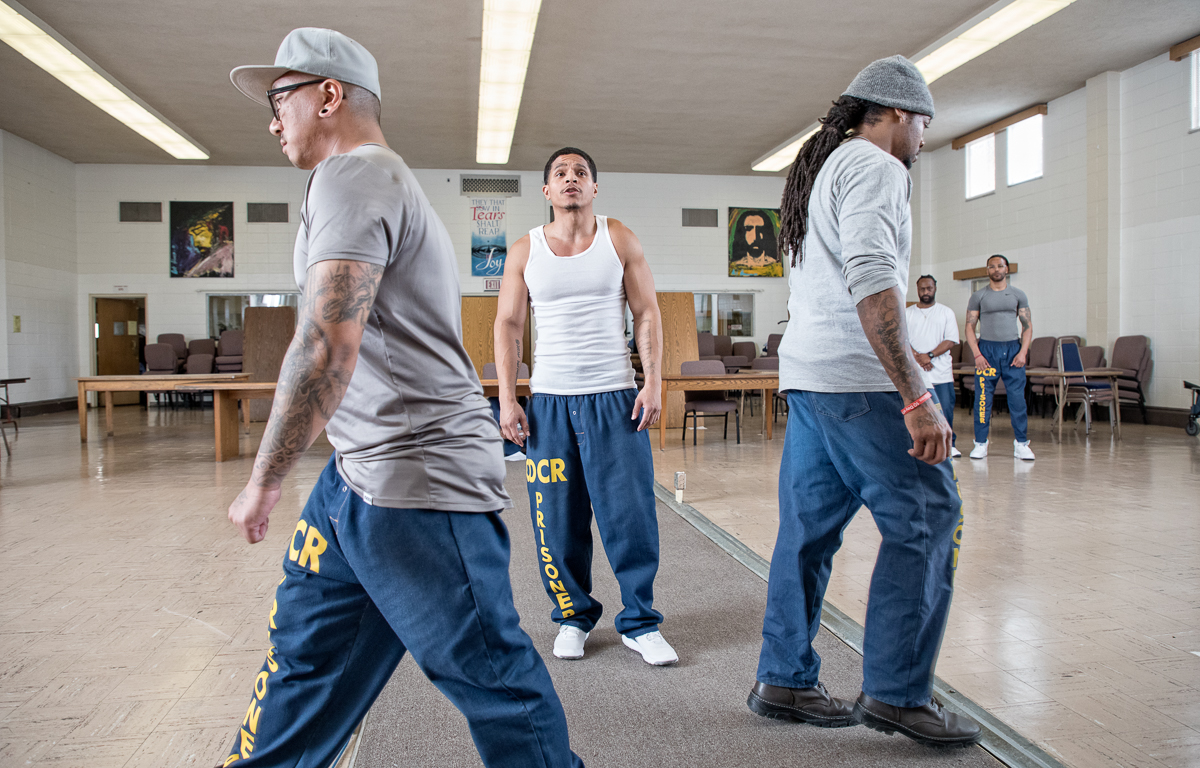 We’re a group of people with diverse art forms who collaborate to address social issues. I’m a spoken word artist. Some of the other guys’ artforms are movement and interpretive dance.

Our creative process is situational. For instance, someone might bring in some language. We’ll hear the language and then we’ll have a conversation around what type of movement we want. We have 13 guys right now in Artistic Ensemble. If someone brings in some language, we’ll go around the circle and add one movement. After everyone has added a movement, we combine them to see how it works with the language. If something doesn’t work, we refine it to make it work with the flow of the language. Vice versa, we might start with movement and layer language on top of it. We create out of chaos. Our approach is very unorganized, but everybody has a voice in the expression of their ideas and where they want to go with the piece. 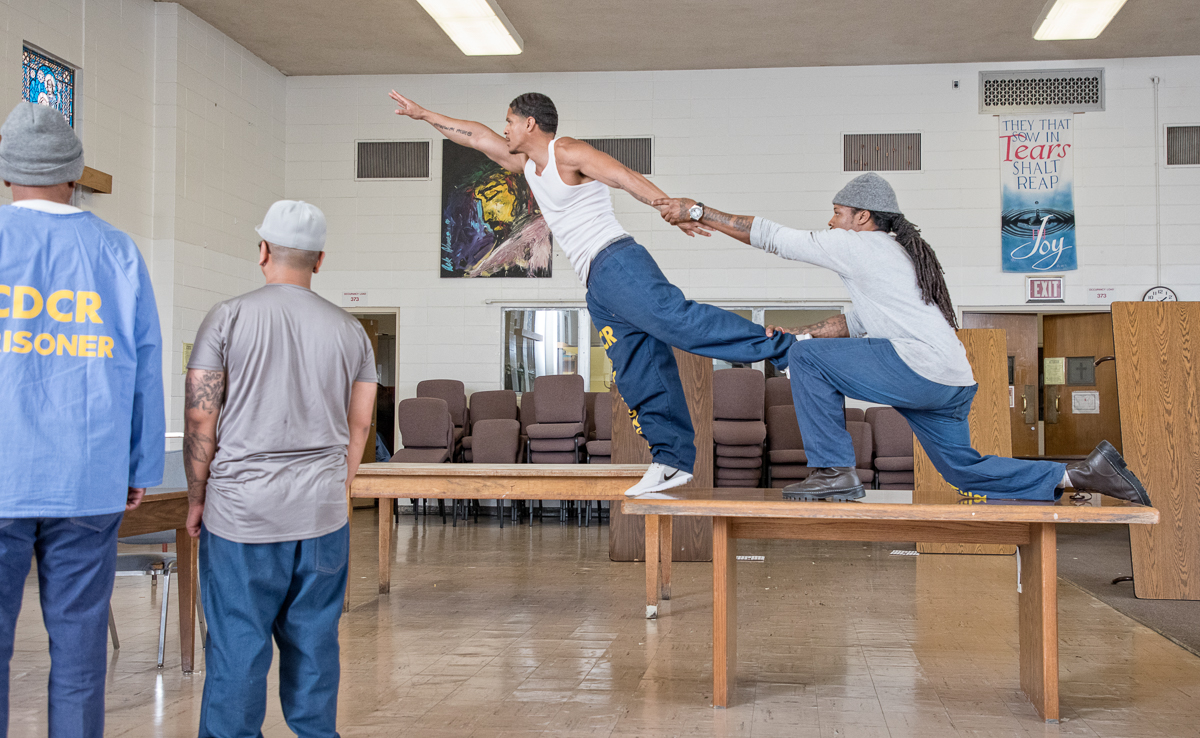 How long is the average creative process?

We meet every Saturday for two hours. It might take us a few weeks to have a working piece.

What kinds of performances has Artistic Ensemble done that you’ve been a part of?

I’ve been a part of one performance. It was themed around being creative with an object. The objects we used were a table and a chair. We created language and movement which had to somehow incorporate the table and chair. That’s what the whole performance was geared around.

How often does Artistic Ensemble perform?

We try to hold a show once a year.

Who is the audience comprised of?

We have a mix of outside guests and incarcerated people who come to our shows, so it’s very diverse. We usually have at least 100 to 150 people show up, so it’s a pretty great turnout.

What kinds of reactions have you received from the audience?

At the end of every performance, we have a Q & A. Since I’ve only performed once with Artistic Ensemble, I really didn’t know what to expect and wasn’t familiar with doing a Q & A after a show. One thing I did notice was outside guests came in with biases and stereotypes. They had put us in a category with labels attached. Once they saw the performance, they were blown away, from the way we talk to the movement, to the creativity in the pieces. They were blown away and amazed at what we can create inside these walls. 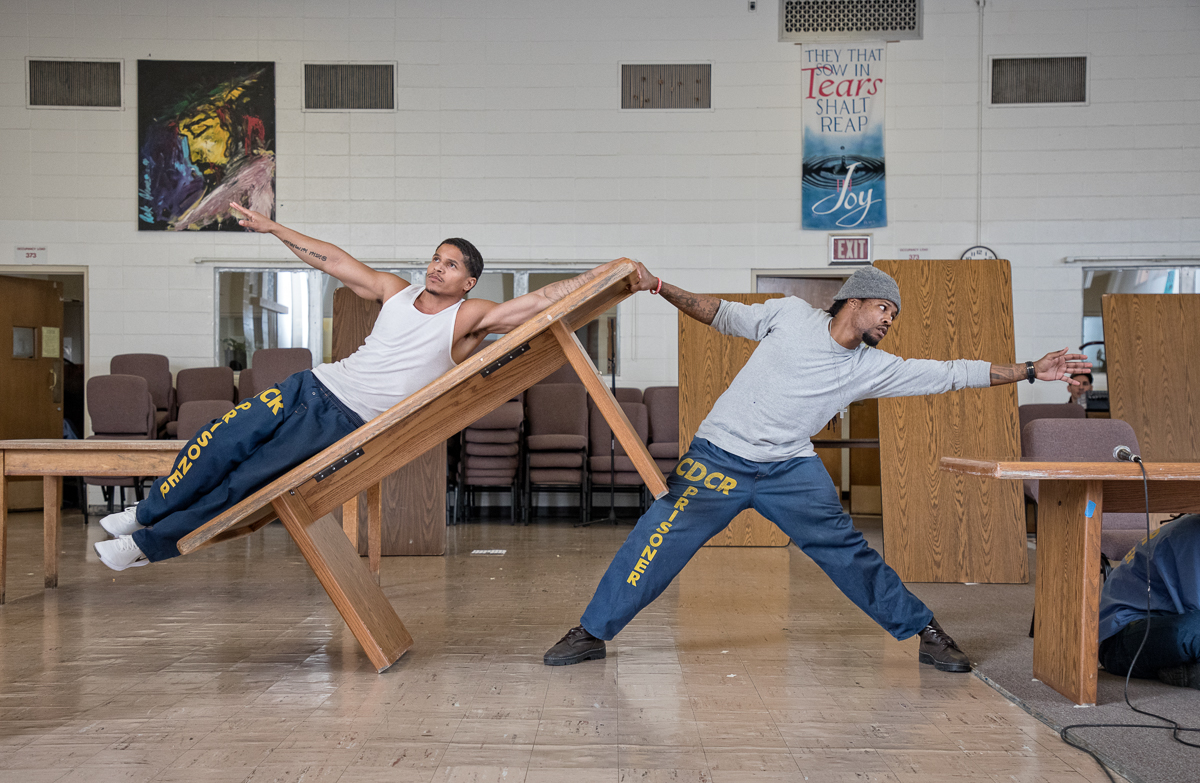 One of my favorite moments was during a dress rehearsal last year. The show was on January 24th and the dress rehearsal was on the 23rd. Amie [one of the outside members] encouraged me to speak about my disability, so I created a piece around it. The beginning of the piece starts off with me saying, “January 23rd, 1986, I was born into this world fighting a war I didn’t know exists.”

During dress rehearsal, I repeated that part over and over again, “January 23rd,” but nobody throughout the day stopped and wished me a happy birthday. At the actual performance the next day, some of the audience members were wishing me a belated happy birthday. It dawned on everybody in Artistic Ensemble that they missed the opportunity to wish me a happy birthday because we were preparing so hard for the show.

That piece was entitled Herbicide, and it’s a piece that shows how my insecurities as a child developed. It speaks to me being self-conscious and never feeling good enough. I was a child born with a deformity and I didn’t look like other children. The piece explored my struggles dealing with that, reexamining my identity and how I developed self-defense mechanisms to protect myself from what people said about me. To sum it up, it’s about how I overcame that.

It’s a spoken word piece and, as I’m speaking it, the guys come around and bump me. As I get deeper into the spoken word piece, the intensity of their hits become harder. By the end of the piece, the hits are so hard I’m falling to the ground on my back. They are symbolic of what was happening to my confidence as a child. I was taking blows to my confidence but there was nothing I could do because I was at an age that was hella impressionable. I started to internalize what was being said about me and believe it myself. The hits symbolize how what happened to me in my childhood transferred over to my adult life.

Overall, what has been your take-away being a member of Artistic Ensemble? How has it influenced how you think about and approach performance, movement and dance?

Coming into Artistic Ensemble was intimidating. I didn’t think I could move or that I had anything I could contribute. Learning the process of how to create was beneficial for me in that it helped me recognize how creative and talented I really am. My biggest takeaway was paying attention to detail, and that if you put in the work and prepare for the show, you’ll have a phenomenal product at the end of the process. 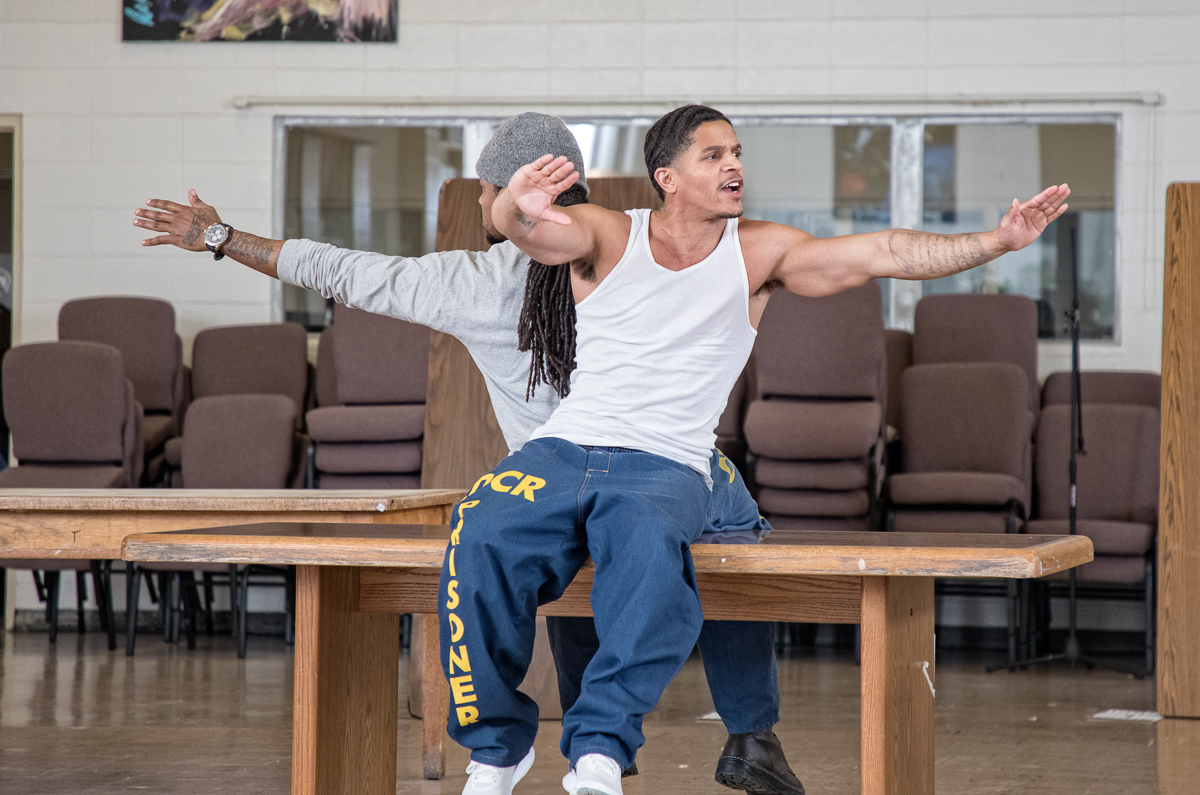 2 Responses to ““What We Can Create Inside These Walls””