The hallmark of dance training is class. This holds true across almost every genre. Which is why I have a fair amount of guilt about finding less and less joy and satisfaction in taking class.

The first thing that gets me are the mirrors. After college, I had the fortune of furthering my training in San Francisco at a studio without mirrors, which was revelatory. Otherwise, I’d say more than 90 percent of dance studios I’ve been in have had that token wall of mirrors. I understand the argument: it supposedly allows dancers to self-correct, as well as gives students in the back of the room the ability to see the teacher at the front. Even at perhaps age 10 or 11 though, the correction, “Don’t stare at yourself in the mirror” became a common refrain. I find it ironic that dancers are supposed to develop a refined sense of peripheral vision and yet ignore a whole wall that is supposedly there to help us.

Even classes with curtains drawn daintily across the mirrors are most commonly frontal. It’s as if the proscenium is so embedded in our collective dance psyche that the very idea that potential viewers might be situated at more than one vantagepoint is still revolutionary. It’s 2020! Site specific dance has been around forever! Yet most training is still done with an obvious front and back, with the emphasis on the front.

Then there’s my own psychosis within class. When I moved back to New Mexico and started taking classes locally, I quickly discovered that opportunities to take class alongside colleagues were going to be few and far between. Classes are more often populated by amateur adults or up-and-coming teenagers/college students. I have no bones to pick with either of these demographics; I am very happy they are studying dance and giving business to dance teachers. But for me, at least, because I readily pick up the combinations, I often find myself slowly pushed to the front of the room. The pressure to dance “good” mounts. But class is for honing skills, not showing off. And yet, I feel so painfully visible that sucking at a combination or step feels risky.

Even more of a mind trap is when I am in a class with mostly young people. When it comes to taking class with people in their late teens and early 20s, I find myself holding so desperately to an old sense of body and skillset, even though physical virtuosity for its own sake stopped being interesting to me a long time ago. Dance, for me, has become about physical expression, not tricks. Technique is a tool, like a paint brush or instrument. I seem to forget this when I’m in a class with young dancers. I start to not want to “lose” what I had at age 20, even as I simultaneously am annoyed at myself for that desire.

Finally, and perhaps most problematically, is the thorough exclusion of people with disabilities from most dance classes. As Tobin Siebers so beautiful articulated in Disability Theory, everyone personally interfaces with disability during their lifetime, either through sickness, old age, mobility or cognitive impairment. According to a 2018 report by the Centers for Disease Control and Prevention, one in four people in the US has a disability. Of the many dance settings I have been in, the only ones that are expressly welcoming and tolerant of bodies that are not young and/or healthy are organizations like AXIS Dance Company or DanceAbility whose missions are built around creating a culture of inclusion. As an able-bodied ally, it troubles me to knowingly walk into spaces that inherently exclude one in every four people in this country.

However, I miss class. I miss that sense of community, of mutual sweat and investment. So, despite my hang ups, I’m not just sitting around and complaining. I am a key part of an initiative in my community called the Albuquerque Dance Exchange, which holds weekly peer classes at a local studio wherein we take turns leading and taking class from one another. Though I don’t love every class, I love the chance to truly be a student of dance, instead of showing off or wishing I could still do three turns. And when it’s my turn to lead, I incorporate non-frontal and improvisational components, as well as try to make my class accessible (which isn’t always possible due to the constraints of the studio, but at least isn’t due to my class material). I also have my DanceAbility teacher certification and facilitate a class at a senior center each week. And then I go to contact improv jams and take West African dance here and there, if anything to feel the sweet communal bliss of boogying with others.

Otherwise, I mostly do my own thing, a satisfying yet arduous solo practice, and sometimes invite others to play with me. You won’t see me getting my ass into most dance classes anytime soon. And at this juncture in my life, this choice seems like the most honest way for me to be a dancer. 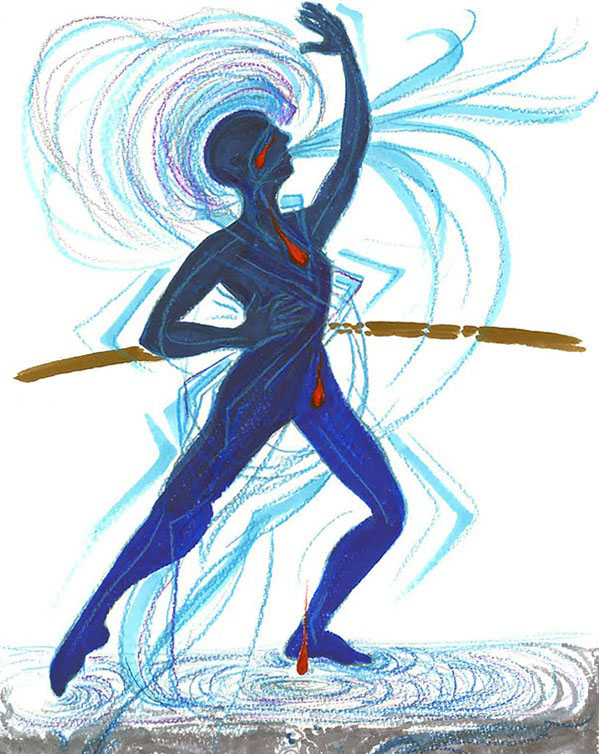 Emmaly Wiederholt is a dancer, choreographer, teacher, writer, editor, and the woman behind Stance on Dance. Feel free to email her any responses to this essay at emmaly@stanceondance.com.

6 Responses to “Should I Really Get My Ass into Class?”

DONATE NOW to help us finish and publish the Discussing Disability in Dance Book Project!