It’s an unfortunate fact that almost every dance artist will be asked to volunteer at some point during their career. I’m not referring to serving soup at a homeless shelter or stuffing donation envelopes for a little league team. No, we are asked to volunteer to do the thing we are most trained in and most passionate about. And because we are so passionate about our field and want so badly to work in it, we often say yes.

I’ve read more than one editorial or social media rant suggesting dance artists stop volunteering. My response used to be something like, “Well that’s dumb; if I demanded compensation for all my gigs and projects, I wouldn’t get to dance as much!”

Have I inadvertently been an enabler because of this mindset? I have done so much unpaid labor in the name of dance, it’s almost embarrassing to contemplate. It used to feel noble, like I was doing important work regardless of compensation. Then I got a full-time job, and keeping up all my dance-related work felt like a holy mission, a way for me to feel whole.

I’m leaving my job early next year with some idealist vision of finally making my work be my work. And I’m staring straight at the hard truth that I have created plenty of evidence that, in fact, I don’t need funding or compensation, that much of my work is basically a big gift to the world.

So, I’ve started asking around, looking for ways to turn my work into paid work. I haven’t gotten very far. Most recently, I was told by an organization that they’d love for me to come and share my work… as a volunteer. I took a walk around the room and breathed deep before gently responding that expertise should be compensated, whether it’s in the field of medicine, engineering or dance.

That being said, I get it. Stance on Dance doesn’t have any funding (whoops), so when I ask people to contribute, I must always do so with the stipulation they do it for free. I feel a little okay doing this, seeing as I won’t get paid for editing or promoting it across social media, and also because I generate most of the site’s content without getting paid myself. Somehow it feels more moral to ask someone else to volunteer when you’re also volunteering. But when you get a paycheck and you ask others to volunteer, that feels a bit problematic.

I recognize that the state of arts funding in this country is dire. Whether it’s grants or donations we’re seeking, even the most successful among us might best be described as high-class beggars. Teaching is a bit differentiated but, even then, it’s not like dance teachers are never asked to teach for free.

Let me conduct a little thought experiment about what the outcome would be if all dance artists refused to volunteer their expertise when it really should be compensated.

First, a young dancer graduates from a conservatory program and moves to a big city. They are paying for classes or perhaps doing work exchange, and probably working at least one or two side jobs to pay for rent and groceries. A company or choreographer is starting a project and is looking for extra dancers. There is an audition. The young dancer gets selected out of the group and is elated until they are told there is no pay, just “good exposure.” I have been in exactly this situation, and, for honesty’s sake, I did take the gig. In the real world, if the young dancer turns down the opportunity, there are plenty of other dancers who will take it.

But in the thought experiment, let’s say all the dancers at the audition refuse to do the show for free. Clearly the show happens with a much smaller cast, which may or may not hurt the company or choreographer’s image. Considering that ensemble work and solo work are equally viable, perhaps, at worst, the choreographer’s artistic vision is limited.

What do the young dancers do, considering they aren’t dancing in the gig now? Perhaps they start producing their own choreography? Of course, that brings up another problem: how do you deal with working for yourself for free? (For the record, I’m guilty as charged on this count as well.) Perhaps they start the game of asking for grants and donations for their work, hoping to cover the costs of paying themselves and their dancers. Or perhaps they keep auditioning and putting themselves out there, all the while working unrelated jobs, until they are offered paid dance gigs. Perhaps they are just talented enough that it works out for a few years until the cold realities of not having a real retirement account sink in.

This is fundamentally an economics supply/demand problem. Basically, there are too many of us devoted and passionate dancers, and not enough funding sources to go around. Volunteerism runs rampant.

I don’t blame anyone who does gigs for free, once or frequently, and I don’t think less of their work either. I get that it sets a bad precedent for those of us asking for pay, but the only antidote I can think of is for the world to view dancers a little more like tax accountants; there’s a huge demand for help with taxes but not a huge supply of devoted and passionate accountants. As a result, most tax accountants get paid when they ask for compensation.

To volunteer or not to volunteer? I’ve hardly answered the question but, for now, I’m trying to tip the scale of compensation in my favor. We’ll see how it goes. At least I’m too devoted and passionate to give up anytime soon. 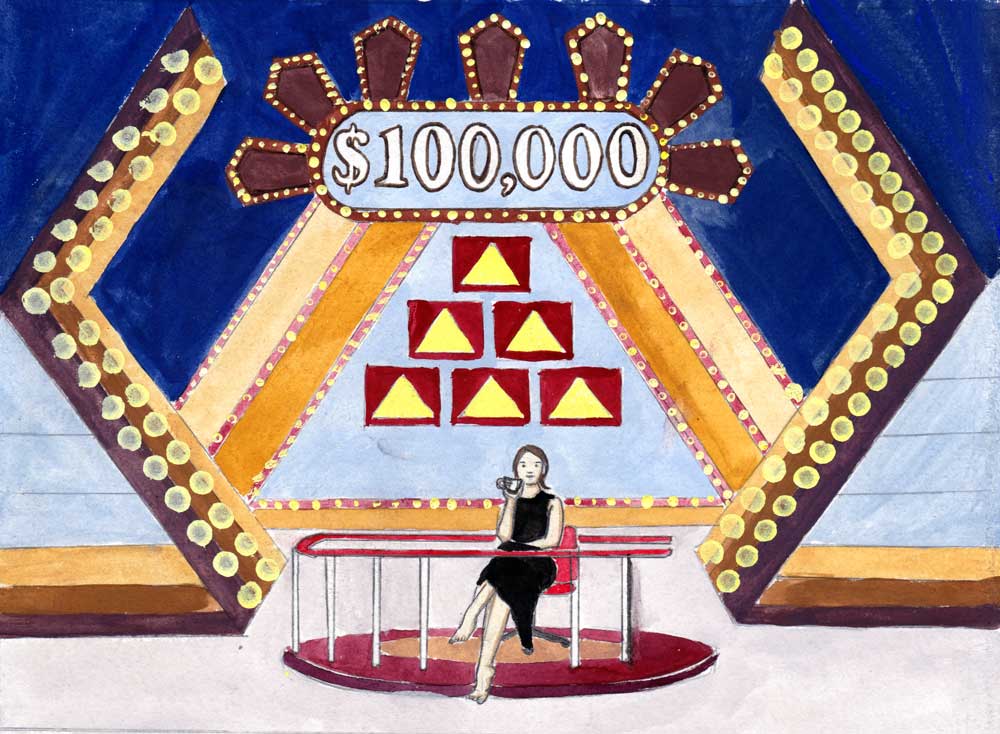 Emmaly Wiederholt is a dancer, choreographer, teacher, writer, editor, and the woman behind Stance on Dance. Feel free to email her any responses to this essay at emmaly@stanceondance.com.

2 Responses to “To Volunteer or Not to Volunteer”