An interview with Oluyinka Akinjiola

Oluyinka Akinjiola is the artistic director and founder of Rejoice! Diaspora Dance Theater, a contemporary dance ensemble based in Portland, OR whose performance repertoire is inspired by the folklore of the African diaspora. Here, she discusses some of her choreographies and how she presents Afro centric dance as a core value and aesthetic. 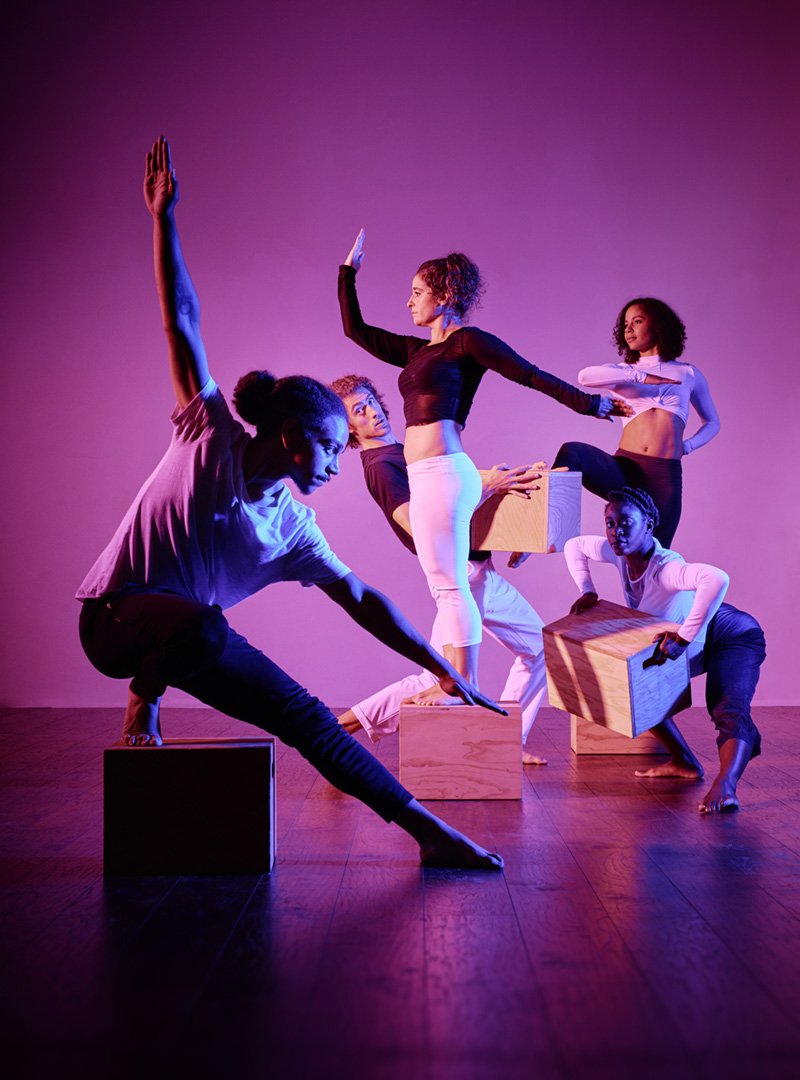 I fell back in love with dance in college when I was doing my bachelors and became interested in international studies, geography and social justice issues. I had stepped away from dance because I was tired of ballet, tap, modern and jazz dominating the landscape. It was at Humboldt State University where I was able to focus on West African, Afro Cuban and Afro Brazilian dance forms and music. I started to bridge cultural studies, dance and performance, especially dance practices outside of a European value aesthetic into more Afro centric dance forms.

I moved to Portland, OR and started dancing with an Afro Cuban and Afro Brazilian company, Axé Didé Music and Dance Company, under the direction of Donna Oefinger. I still occasionally perform with the company. After dancing with Axé Didé for years, I decided I wanted to pursue graduate studies in dance. I ended up going back to New York, where I’m from, to do my masters in Choreography and Performance. The core curriculum of a lot of dance programs gives favor to ballet and modern as what is used to evaluate proficiency and technique. I knew going in that I had to face those challenges. What is valued in academia is not a body or training that is mine.

During the Obama years when it was believed that racism was no longer an issue, it was hard to push against those European dance values when people thought we were living in a post racial society. For three years, I struggled to operate within a system that values western European aesthetic and bodies. However, I learned how to present my work in places that are given value, like a proscenium, and how to negotiate those dynamics while still making work that battles social justice issues in terms of the bodies that are onstage.

With my masters, I could become an assistant professor. I could be the colleague of all those people who get to dictate dance’s core values of aesthetic. I’m on the same level; I could be a changemaker. And I actually ended up becoming their colleague.

Then, in 2014, I started Rejoice! Diaspora Dance Theater with the help of a residency through New Expressive Works. I make work that I label as contemporary but with an Afro centric aesthetic.

How would you define contemporary African dance?

I try to disrupt my creative process as much as possible. Each show, I try to find a new approach. However, I usually have some grounding text in the work, whether it’s poetry or a scholarly article. Text is a constant of the process. For our last big show, A Midsummer Night at the Savoy, I dug into the work of Shakespeare. I worked with two dramaturgs to help me look at each act and scene of A Midsummer Night’s Dream in order to create along that storyline. That was a new experience.

At Rejoice!, I am the artistic director and main choreographer, but sometimes company members choreograph as well. We also collaborate with musicians. In our next piece, we’re working with a composer who predominantly does house music. We send him ideas, he sends us a track, we work with it, he adjusts it, so there’s a back and forth feeding off each other. We’re also working with a set designer this time. I’ve previously worked with writers and actors; artistic collaboration across disciplines is a big part of the process.

Is there a specific piece in your repertoire you’d like to share more about that is perhaps a good representation of your work?

UPRISE was a direct response to the election of Donald Trump. I had a bad feeling getting closer to the election and seeing all the red on the election map. A large portion of the country wanted this man as their president. It made people realize we are not in a post racial society. We’ve always dealt with this, and now things are at the forefront. What does it mean to be an ally, and what does it mean to be passive? If you’re passive, you’ve chosen your side.

In Angela Davis’ Freedom is a Constant Struggle, she talks about uniting resistance and social justice movements so we are not divided in our own camps because the issues we are facing are really quite similar. In the book, Davis discusses Ferguson and Palestine, and how the same tactics that were used against the protestors in Ferguson were used against Palestinians. She also talks about the Black Panther’s Ten-Point Program and how we are dealing with the same issues the ten points aimed to address. All these ideas fed into UPRISE.

The piece was a structured improv using the ten points as building blocks. I collaborated with Mic Crenshaw, a local hip hop artist. He wrote spoken word based on the Ten-Point Program. We’ve performed it live and he recorded it.

The other piece I want to share more about is A Midsummer Night at the Savoy. In addition to learning more about the plot and sequence of the Shakespeare play, I also did quite a bit of research on the historic Savoy Ballroom during the Harlem Renaissance. I asked what a typical night at the Savoy might look like, and then set the storyline of A Midsummer Night’s Dream within it. All the key characters and plot twists took place in the Savoy Ballroom. On top of that we wondered: What if the Savoy had never closed? What if it was a place where dances were still being created and all races and genders were allowed to gather? As a result of this line of inquiry, we included a lot of non-binary aspects in the costuming.

The community ensemble originally came out of an artistic need to have many bodies present in a piece I did about Nigerian funeral practices. Nigeria is a very populated country, and I needed a lot of bodies onstage. In the past, we’ve just had an open call, no audition. If the schedule works, then people can come and join us in the creative process and the performance. It’s a great way to build community and teach people our process in terms of what values are important to us. We’ve had a range from people with no dance experience to people with lots of experience. It’s also intergenerational and multi-cultural. We’ve hired cast members from our community ensemble in the past. Some people perform with us once, others come back over time. We let it evolve depending on the artistic needs. The biggest ensemble had 13 members, and the smallest had nine.

What are some shifts (if any) you’ve seen or experienced with regards to access and representation for African diasporic dance?

I think yes, there have been some shifts, but I’ve also gotten to a place where I’m not asking for a seat at the table; I’m making my own table. I left the school I taught at because it was too problematic. I started two new dance programs at Portland public schools that serve predominantly students of color. I hope the shifts are happening, but I personally focus on being a changemaker and occupying spaces that practice equity. If those places in my past haven’t changed, I wouldn’t know because I’ve stepped away from them.

We’re already making new work which will premier in February over Valentine’s Day weekend. The show is called Been Ready. It’s based on a saying a lot of African Americans grew up with that says, “Stay ready so you don’t have to get ready.” But we’ve stayed ready for so long, we’ve been ready. The theme of the show is what we’ve had to be ready for.

I want to mention the places that are making the institutional changes necessary to prioritize artists of color, which are Linda Austin at Performance Works Northwest, Subashini Ganesan at New Expressive Works, and Portland Parks & Recreation. PICA (Portland Institute for Contemporary Art) has opened its doors to us as well. I appreciate those people who are taking inclusivity seriously in their programming. 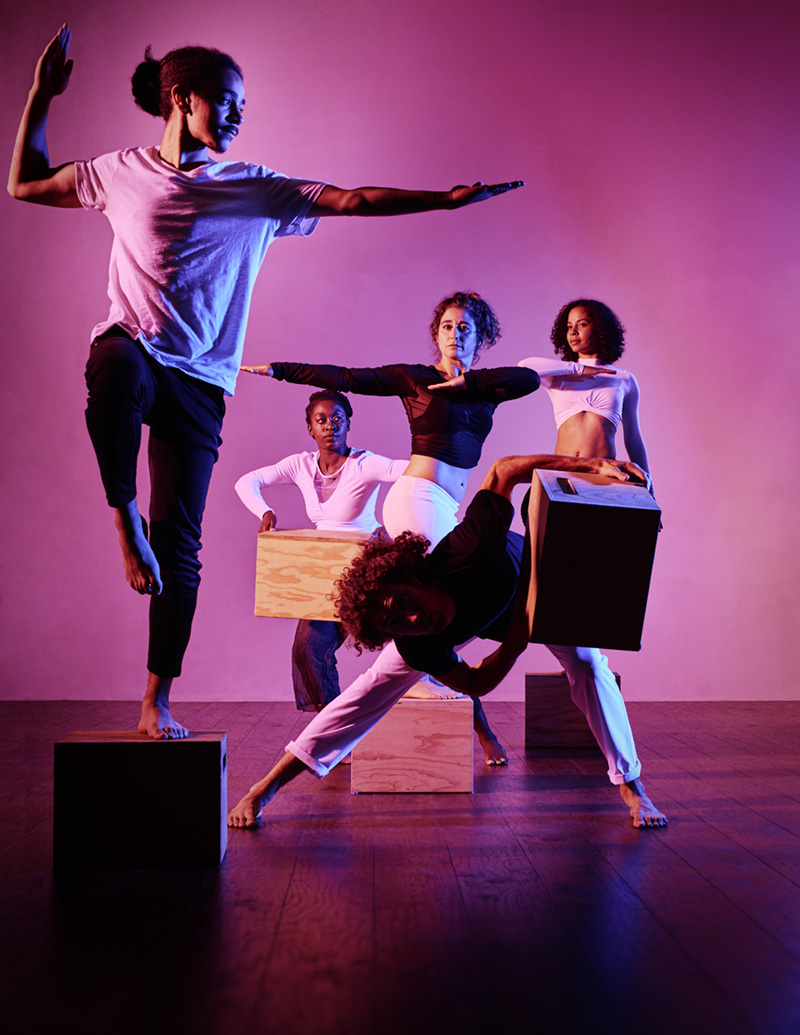