I have failed at making it in any traditional sense of this phrase… and yet, I am still making. Though I do not make my living anymore as a dancer or movement artist, I am still dancing. If asked what “making it” means to me, I would say it is more of an internal feeling… that you create and make and shift and adjust and make room for what is there to be discovered, rather than an outside voice telling you that you have “made it.” Instead, you are simply making because you are compelled to practice and research and be the creative soul you are.

Which is the work.

And failure is a great place to be if you can keep picking yourself up and learning. The older I grow, the less I want to rise in the ways I have in the past. It seems that crawling on my belly is the right practice for me right now, close to the dirt and mess that is life. I am more interested in being in service to living at the pace of evolution and recognizing the need to just be, to understand what I have made by examining all the ways I have failed, and failed again, and picked myself up, and kept going. 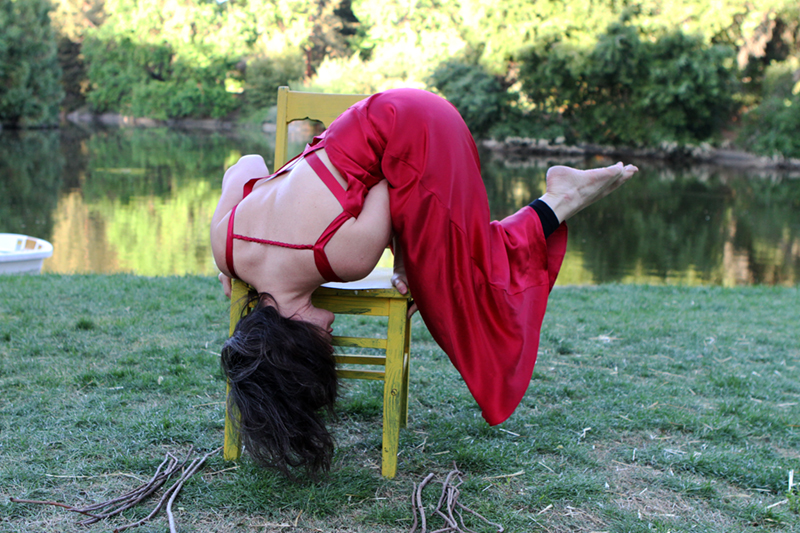 When I began dancing as a young person in the prerequisite ballet classes at seven years old (encouraged by my mom who was a ballerina through all of her pregnancies, stopping in her mid-20s when being a mom became her priority), it was something fun that my body did awkwardly and my heart did freely. I could feel how dancing left a residue of deep satisfaction, but ballet was not the right form. I moved on to gymnastic classes; great for developing my athleticism but still not quite right. In college as a visual art and theater major, I encountered a contemporary dance class taught by Dorothy Jungles of Everett Dance Theatre. Here was a company of artists mixing dance, visual arts, performance, text, and socially relevant critique into theater. I felt a resonance to this work unlike anything else I had encountered up to this time.

Flash into my 20s and I am successfully living as a choreographer and dancer. Sure, I had to have other work like most dancers I knew at that time, but I was “making it” as an artist. Enter my 30s and early 40s, and things shifted as I joined the circus and utilized my athletic capacity to become an aerialist and acrobat. I also began more artistic directing, choreography and dramaturgy for a variety of dance, theater and circus arts companies.

It was an exciting 15 or so years. I was touring regularly throughout these years with Wise Fool, Dancing Earth, and a series of solo and group performances around the globe. I was pushing my physicality to new places with training that most people would consider a kind of torture (including my partner at the time when I would come home from training or rehearsals covered in bruises). I simultaneously grew my ability to ‘see and hear’ what different kinds of performance, including my own, was saying, or trying to say, and learned how to speak those languages.

My personal performance work began to morph through this time. I was combining different aspects of my training together: aerial components with Butoh, spectacle components with poetics, all interlaced through the vehicle of choreography and traditional theatrical visual components like set, costumes and lighting. These interdisciplinary presentations were beautiful to me, but overwhelming to audiences. I needed to learn how to edit. But editing from what perspective? For the audience? For the subject matter the piece engaged with? For my own vision?

During this time, I became conscious of how certain breath patterns, sounds, lighting, movements, and spatial relationships could affect audiences in different ways. This observation ushered in a new way of making work. I began to play with time, space and distance between bodies and materials. And then I took it to another place by creating virtuosic domestic acts as my movement material. By stretching time and bringing in sound scores to support the visual field, these pieces began to form into ‘embodied sensorial maps.’ They felt like a pathway to a realm not nameable until in it. This was the perspective I wished to edit through: a map that brought together all the aspects of my training and interests into sociocultural themes of the heart, mind and politic but remained simple, with enough space for the audience to insert their own story.

My next few years were focused on understanding: what am I producing? And how is it affecting others? I dove deep into this study at UC Davis for my MFA in Interdisciplinary Dramatic Arts from 2012-14. After graduate school, I spent a lot of time in other countries touring solo work, ‘The Cracks Are How The Light Gets In’ and ‘The Ritual of Domestic Chores,’ group work in a series of scores developed with Iu-Hui Chua in San Francisco called ‘Serendipity,’ ‘Synchronsity’ in Budapest and ‘Mapping the Feminine’ in Santa Fe. I also began speaking engagements about, ‘Somatic Generosity, Cultivating Empathy in the Classroom and Beyond,’ and spending time with the folks I was meeting with each summer at the International Documentation of Contemporary Dance Education at Impulstanz in Vienna. These years were filled with making and developing connections that I am still engaged with through partnerships with pavle heidler and ‘Together Alone’ in Sweden, with long distance choreographic exchanges with Iu-Hui Chua in San Francisco, and with artists around the globe engaged in a long-term vision of connection through the ‘NETWORK’ project I am developing with Krista Denio.

Today, my personal making practice is focused internally on themes of equilibration, which is producing contemplative sensorial installations. You could call these site installations, performance art, or dance theater, though I find labeling problematic. Whether the materials I engage with are bodies, objects, sound or light, my work right now may be minimal and quiet, but it is never still; it is always making something between its components constantly.

However, I am more sedentary than I have ever been. I work sitting at a desk at least five days a week, so my time for physical practice is limited right now. I currently engage in a once-a-week three-hour ‘Underscore’ with a group of dedicated practitioners that Nancy Stark Smith began over a decade ago. It is a beautiful gift to be invited into a movement community that is so established. I am grateful for each session and each person I get to engage with and the intelligence of bodies who know each other through years of practice. There is very good listening here.

My other practice is to dance in five to 15-minute breaks in the studio during my work day and/or walk in the woods and listen to the trees. I have been doing some work to record these walks within my body and through sound, video and writing. In other words, my limitations have created a unique interdisciplinary movement and listening practice. In this way, I am engaged in making that is seismic and therefore barely seen but deeply felt.

I recognize that time has become something more than a marker. Time passing is no longer about producing or hustling to stay relevant and successful. My practices are more reflective, and for me, rather than for anyone else. And yet, I am still drawn to sharing what I am learning in an effort to bring solace and calm to a fractured politic that is the culture I currently operate within.

My creative practice of making is interested in being wholistic; effecting the whole. Like a deep shifting stone that eventually vibrates, over much time, to reach the extremities of what it touches, for now I am listening to hear the sound of what will arise. 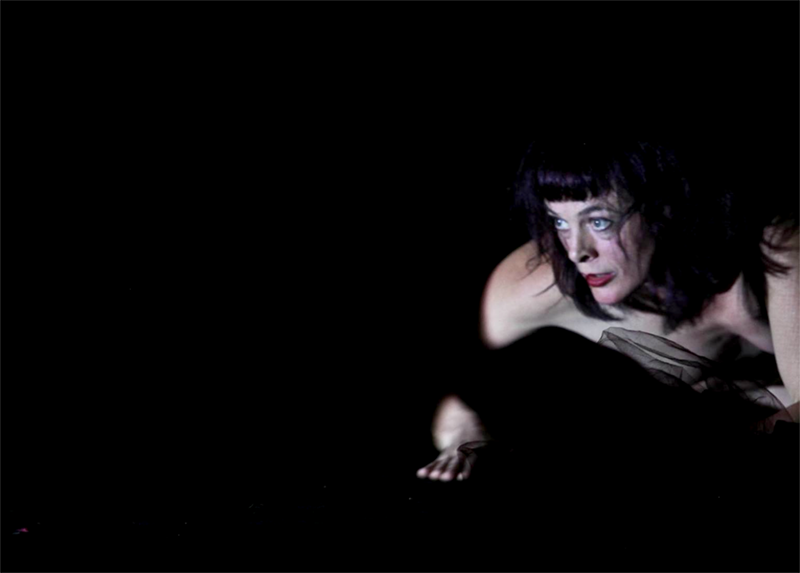 Deirdre Morris is the executive director of Earthdance Creative Living Project, former director of Wise Fool New Mexico, and is a working member of Dancing Earth. She is also the founder/director of The Forgotten Body Remembers, a site for research and implementation of somatic practices of education, social justice ecologies, and community development through the arts. Her work has been received at the Center for Contemporary Arts (Santa Fe, NM), Earthdance (MA), Impulstanz (Vienna, Austria), Artpolis/FemArt Festival (Pristina, Kosovo), TAM (Veliko Tărnovo, Bulgaria), and Muszi (Budapest, Hungary). Deirdre presented and published her research into empathy based educational practices, Somatic Generosity: Cultivating Empathy in the Classroom and Beyond, at the Latin American Social Innovation Network, Panama City, Panama in September 2017. She earned her MFA in Interdisciplinary Dramatic Arts and Performance Studies from UC Davis in 2014.