I started dance training in the summer of 1976 when I was 13 and about to enter 9th grade. My teacher was a background vocalist and dancer for the jazz ensemble Sun Ra Arkestra. Sun Ra used to stand quietly backstage and watch us perform sometimes. His saxophone player, Marshall Allen, used to play live and improvise on his oboe, scribbling notes on pages of sheet music and accompanying our Dunham technique classes with drummers from the neighborhood. By 15, I started studying at Alvin Ailey. I knew then that I was going to be a dancer. However, the thought of “making it” then and to this day had never really crossed my mind. I see “making it” as akin to being satisfied: spirit, soul and body. I’ve always thought this. It really didn’t take me long to conclude that anywhere dance and my life are, I’ve made it. I got my first paid gig as a dancer at age 16 with a local modern dance company that got lots of grants. I got a $100 check and thought I was “the shit.” I was in 11th grade and, in my mind, I was a professional dancer. In my 16-year-old mind, I’d already “made it.”

My goal in high school was to eventually be in Dance Theatre of Harlem. However, after 12th grade I went to college at Point Park College in Pittsburgh with a double major in Ballet and Broadcast Journalism. I was the only Black male ballet major in the entire dance department. The ballet master, Nicolas Petrov, was a hardcore Russian who had little use for Black people in ballet. However, he favored me. I was cast in the ballet Graduation Ball as a cadet. As a freshman, this was unheard of, and being Black on top of that turned some heads. After this time was Nutcracker season. Mr. Petrov gave me first cast Spanish, second cast as the uncle, and third cast as the mouse king. Again, I was a freshman and only 18! I also auditioned for the Pittsburgh Black Theater Dance Ensemble and got in, something that students at Point Park weren’t supposed to do.

At this point, a level of “making it” as a freshman in college was undeniable. However, after my freshman year I wanted out. I auditioned for a scholarship at Alvin Ailey that summer. Over 500 men auditioned from all over the world. Alvin and the entire staff judged us as we executed combinations in ballet, Horton Technique, and jazz. Out of 500 men, only 30 were picked! When my number was called among those asked to remain as the others left, I was numb. I think they had to tell me twice that I actually got a full scholarship. I’d “made it” again and I was satisﬁed.

I ﬁnished my scholarship and apprenticed at Ailey, moved back to New Jersey, and taught Horton Technique in the performing arts department at the high school I’d graduated from just four years earlier. I was also dancing with a local modern dance company on a part-time basis, teaching company class, and choreographing. I got a check for each position: dancing, teaching and choreographing. On top of all that, I was waiting tables and bartending. This went on for several years. I also worked as a musician as well as an astrologer and spiritual reader. It was my faith that had me pursue dance ministry; I choreographed and taught technique workshops in churches throughout New Jersey, New York and Philadelphia.

I was diagnosed with type 1 adult onset diabetes in 1998. Dance by this time was part of a bunch of other things I happened to be doing; I didn’t have a “goal” in dance. I was playing my violin and writing music while continuing my restaurant and restaurant management jobs. My body went through havoc during this. My body was not responding to the diabetic treatment and my blood sugars were out of control. In 2004, I was in a coma with blood sugar of 1635! Doctors told my friends and family to get my affairs in order. My pastor and members from my church prayed over me. I remember waking up to several pairs of eyes looking at me. My first thought was, “What is going on?” Miraculously, there was no brain nor kidney damage.

Needless to say, at this point my “making it” priorities had shifted. My focus was on healing – spirit, soul and body. From 2011 to 2017, I was unable to walk without a walker, cane or crutches due to deteriorating bone structure in my left ankle. In 2014, I had two 12-hour surgeries on my spine. Doctors had me looking at wheelchair catalogs prior to the surgeries because they really weren’t sure if I’d walk again. I got through those surgeries and recovered really well though I still wasn’t able to walk because of the deterioration in my leg. In 2015, I had a new diagnosis: prostate cancer. Oddly enough during all of this, I could teach Horton Technique while on crutches or from a chair and could even sometimes stand long enough to demonstrate the technique before grabbing my walker and sitting my ass down.

I had no side effects from the radiation treatment and I’m cancer free for four years now. The cancer and spine surgeries are behind me. This is when I decided to have my leg partially amputated from the knee down after being offered optional surgeries to save the leg. If the optional surgeries had gone awry, I would have lot the entire leg. It was February 2017 when I had the surgery. My recovery was unbelievable! I was cut on a Friday full moon, and by Sunday I was walking up and down the steps in the hospital hallway with no pain meds! I was home by that Tuesday with crutches and really good mobility.

My prosthetic process was also spirit ﬁlled. I did my own rehabilitation. The very day I got the prosthetic, I rode my bike about seven miles and, on my way back, I stopped by a nearby river and gave thanks, cried a little. Then I laughed out loud. I mean, I hadn’t actually walked in six years!

I’d assumed I would be at least mobile enough to teach classes, but the upgrades and 21st century prosthetics are absolutely amazing. My body knew, even at age 56, that I had to look into dancing again, not just teaching and choreographing. I started networking in Manhattan via Dance/NYC-DDA. I went to conferences with the thought of creating an integrated mobility modern dance company in the Jersey Shore area where I live. Eventually, I took classes with Mark Travis Rivera from marked dance project in New York, who recently relocated out west. I only took a few classes before Mark moved to California; however, I gained a wealth of knowledge. Such light ﬂowed through everyone involved. Another level of “making it” had been reached now within me.

My current dance vision is very clear, though I don’t know if “making it” has anything to do with it. My story is not over. I look forward to creating dance as a vehicle to procure healing from the inside out. I’ve played violin since I was 13 (same time I started dance), so playing improvisational music is really important to me. It feels raw in the moment. Through the medium of dance and music, I have stories to tell. I’m also doing other careers not at all dance related; after 17 years of not being physically able to work, I’m now weaning off permanent disability and working my ass off. Besides culinary gigs, I’ve been an astrologer and spiritual reader for more than 40 years. Several “streams” are ﬂowing and opening, and dance is always going to be a part of everything I do. “Making it” never really stops. 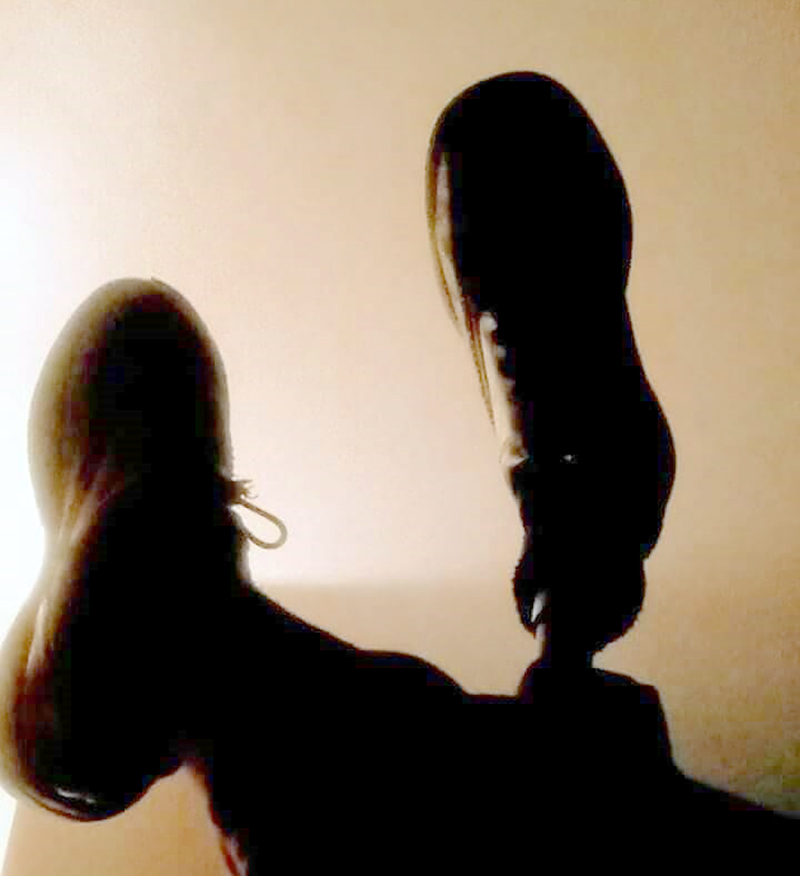