An Interview with Yayoi Kambara

Yayoi Kambara is a contemporary choreographer in the Bay Area and the director of KAMBARA + DANCERS. Here, she discusses her upcoming piece, Shikataganai, which translates from Japanese to English as “that which cannot be helped.” The piece explores the profound cultural change she’s experienced in the Bay Area over the past decade, and how the concept of shikataganai acts as a guide for how she can continue to dig deeper into her work.

Shikataganai will be performed at PUSHfest on September 21st. Click here to learn more. 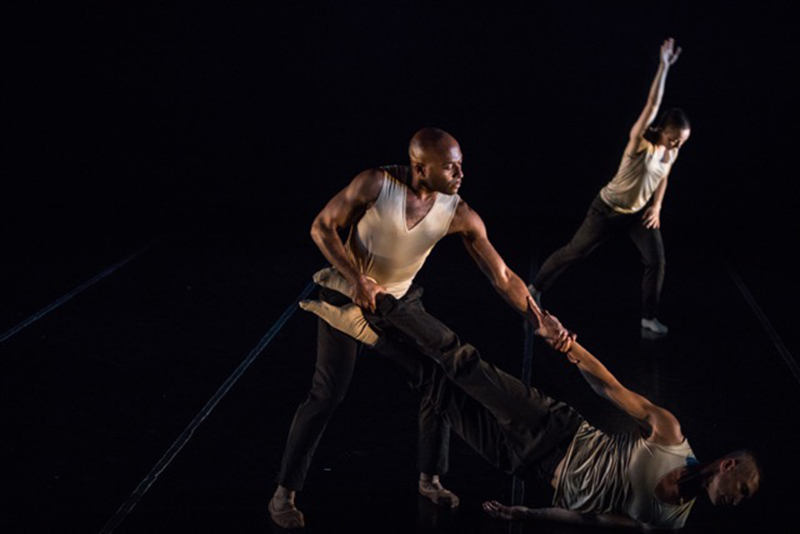 I was on the track team in college, both indoor and outdoor seasons. I really identified as an athlete. During indoor season, we were asked to do an alternative workout to stay in shape. I started taking dance and really liked it. I finished my coursework early and had an opportunity to dance more. My ballet teacher said I’d never be a professional dancer but that I could one day teach. I auditioned for a BFA program at the University of Minnesota Minneapolis and got in, which was surprising. They had a strong pedagogy track and I assumed I’d be shuttled into that, but I got there and they asked me to perform. I spent two and a half years there, since all my academics were done, just taking dance classes. After graduation, I started working with guest artists who would come to Minneapolis. I loved all of it.

When I graduated, I had the opportunity to work with Pearl Ubungen, a dance-maker and activist from San Francisco. I really enjoyed it. Through her, I met Amara Tabor-Smith during that time. She was so spectacular and also lived in San Francisco, so I figured all the cool dancers must be there. Pearl invited me to the Bay Area to work with her after that project. That’s how I moved to San Francisco.

I freelanced a ton, was waiting tables and teaching in public schools. I got to work with STEAMROLLER, an Asian American queer dancer company. I found community in that experience. I took every single job offered my way; I worked with Jo Kreiter, Deb Slater and Sara Shelton Mann. At a certain point, I realized I needed a real job. My parents were pressuring me to get health insurance. The gig lifestyle wasn’t sustainable.

I saw an audition listing for ODC/Dance and thought it would be something to try for. At the time, I was going to grad school for education to become a credentialed teacher and get health insurance. I was already working in the public schools part-time. I went to the ODC audition, and the director, Brenda Way, asked me to work with the company for a creative process. That’s how it all happened.

I was at ODC for 12 years. During our annual reviews, the question started coming up about when I was going to retire. I knew the most important part of dancing for me was in the creative process. I love performing but I love being in the studio the most. I love working out choreographic ideas with people. I knew I wanted to choreograph, but I have two kids and thought it would be too hard. KT and Brenda—the directors—were completely supportive of my transition and just asked for me to give them time. They said of course I can do it, of course I can transition to being a choreographer.

KT in particular has always been extremely supportive. My parents are supportive but also have been skeptical of my career in dance. KT for me was, in a strange way, a parent who said I was talented, so go do it. She gave me unconditional belief. When someone really believes in you, it gives you courage to try it. I’m deeply grateful to her. She opened opportunities for me to choreograph. I went with her for two or three summers to Whitman College to choreograph on young students and would also be her assistant at opera jobs. She really opened those doors. Brenda too. There was a gig with Garrison Keillor that ODC couldn’t do and she suggested me instead.

Krissy Keefer is my dance fairy godmother—always supportive, including financially. Krissy and Dance Mission help my dreams of production come to life while continuing to challenge how I craft and work to get me to self-actualize in my choreography.

My work is grounded in the questions “why dance” and “who is it for?” I make dances for people who I like and hang out with. That means different communities including Asian Americans, families, fellow tiger moms, and dancers. I think about the reasons why I felt compelled to make my own dances versus being in other people’s dances. There’s definitely an othering I’ve experienced. I was propelled into this contemporary dance scene, but many of the models and narratives are white. Concert dance still has a lot of that. I felt that I had different perspectives and feelings but, in rehearsals, it wasn’t my choreography, so those feelings didn’t completely get expressed. My choreography has to do with sharing those stories about what it means to be othered. Dance can express something that words can’t, so I try to invoke those feelings in my work.

Can you tell me about your upcoming piece, Shikataganai, and how the piece came about?

‘Shikataganai’ is a phrase Japanese people use that translates to ‘that which cannot be helped.’ In English, it sounds pessimistic and passive. For me, it’s not passive; it’s extremely hopeful. Sometimes things don’t go my way, but that doesn’t mean that my glass is half empty. It proves it is half full. Right now in the Bay Area, it’s changing a lot, especially the culture. A lot of my friends are moving away because they can’t afford it. I’ve been here almost 20 years, and I’ve considered moving, but I can’t really because of my husband, his work, and my kids. I was thinking about how my glass is still half full, and how I can dig deeper. I can’t leave, so I need to really look at what I’m doing and find the joy. I still love dance; the physical and emotional connection are still important to me.

I’m making this piece as a response to the change happening culturally in the Bay Area and how sometimes it’s really upsetting. Beyond that, the news is upsetting; our president is super misogynistic and racist. I’m doing what I can do keep going and keep doing what I can to stay invested.

I’m performing the piece at PUSHfest with Corey Brady. It’s a huge pleasure. I’ve known Corey for almost 14 years. We’ve danced together a lot, and we both understand what it means to be artists of color in a concert dance world that is mostly white. We talk about equity and aesthetics a lot in the process. 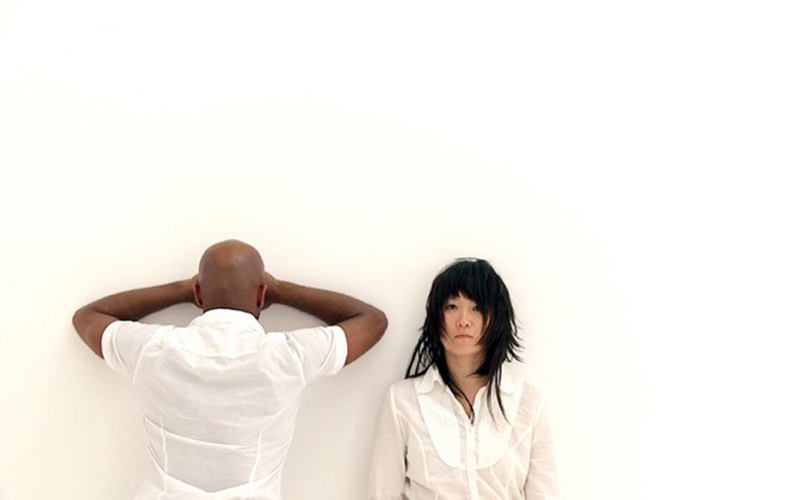 Photo by David and Hi-jin Hodge

I had two weeks in the studio with students this summer. It was nuts because I taught two classes in the morning and two in the afternoon. With teens, you have to demonstrate a lot. I was so tired! But I was also able to create some material that felt pleasurable in my body. I’m using that material in Shikataganai, and Corey made some material as well.

We’re mixing our phrases to represent us better; we each have solo time within the piece and then come together for a duet. The music really supports that; it’s by a young Japanese sound designer who plays bass in metal bands, as well as the koto and the Chinese zither. He’s constructed a score that’s about eight minutes long.

What do you hope audiences take away from Shikataganai?

I want people to feel like they belong in it. Belonging stops the othering. This is important particularly in dance because the audience and performers don’t necessarily have a shared vocabulary. Dance can seem foreign. I like to think there’s a way to normalize me and Corey being onstage. When I was younger, I’d look for the one Asian lady in Paul Taylor or Ailey. Bill T. Jones’ dancer Janet Wong was my total idol.

I keep tackling things that are important to me, my community, and my family. For example, Japanese Americans have been outspoken about the detention centers and child separation because it happened already to the community. A lot of folks who were interned during WWII were my friends’ parents and grandparents. It feels important for everybody to know what happened to Japanese Americans during WWII, especially since some people don’t know about it, which seems crazy. It’s not always taught in US history classes, but it’s still close—my friends’ parents are still alive. There are pictures of them in a camp next to barbed wire. It’s been exciting to see Japanese Americans speak out and protest what’s happening, especially since we’re considered quiet and the model minority.

Yayoi Kambara has been a Bay Area artist since 2000. Kambara was a company member with ODC/Dance 2003–2015 and danced as a freelance artist with Sara Shelton Mann Contraband, Scott Wells and Dancers, Flyaway Productions, Deborah Slater Dance Theater, STEAMROLLER, and Pearl Ubungen Dancers and Musicians. She was the Rehearsal Director for AXIS Dance Company during Judith Smith’s sabbatical in 2015 and continues to teach company class for AXIS. Kambara is in the 4th Cohort of APAP (Association of Performing Arts Professionals) Leadership Fellows Program and currently leads a year-long Community Engagement Residency for Hope Mohr Dance’s Bridge Project “Aesthetic Shift,” an exchange between dance educators, social justice activists, and choreographers dedicated to interrogate and analyze the overlap between equity values, creative practices, and organizations. KAMBARA+ was founded in 2015 as a vehicle to produce her choreography, focusing on creating dance performance experiences that cultivate a sense of belonging. Her recent dance project IKKAI means once: a transplanted pilgrimage is in partnership with the Japanese American Citizen’s League of San Jose. This piece shares experiences of those illegally incarcerated during World War II and dares to dream of a collective future where this will never happen again. 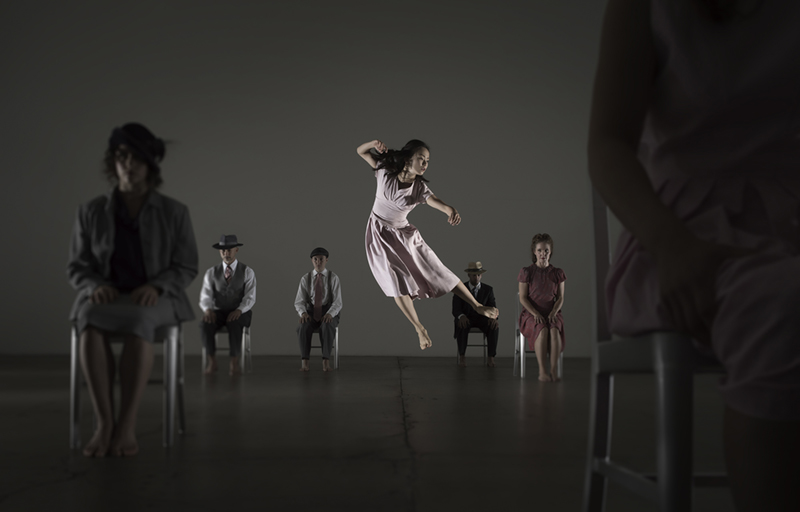